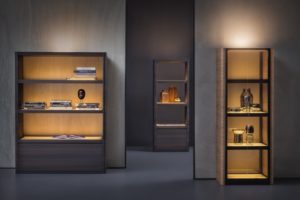 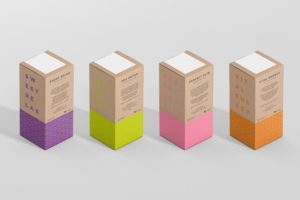 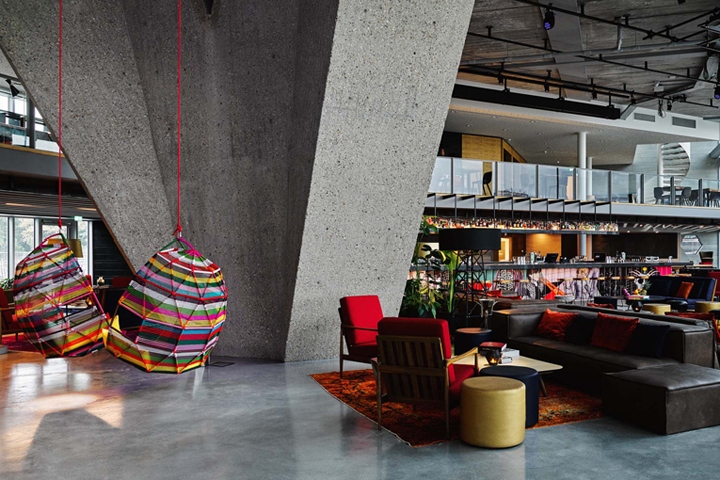 Previously considered off-limits for the more cosmopolitan denizen, a recent and ongoing upswing in urban dynamics have rendered Amsterdam’s largely residential Noord district into one of the city’s most appealing places where to chill, immerse oneself in fun urban activities, and as of late, it has become a neighbourhood where to rest your head in matching style. Situated directly across the water from Centraal Station on the lower floors of the so-called A’dam Toren, a landmark waterfront highrise by dutch architect Arthur Staal [1907-1993] from the early 1970s. Originally built as a local office for Royal Dutch Shell company, it’s now a hub for both creative businesses and entertainement in which the second property in the dutch capital of boutique hospitality chain Sir Hotels is firmly embedded. The newly opened Sir Adam Hotel features 107 rooms in four categories and a lavish suite, in addition to a series of cool public spaces and facilities, all designed by New York City-based design studio Icrave. These pads have been designed with the savvy urbanite in mind, and boast comfortable settings with an industrial edge and quirky personal touches. Each room features custom furniture, curated work from local artists, mirrors etched with illuminated lyrics from Sir Adam’s favourite songs, a bluetooth-enabled crosley record player, vinyls, and even an electric Gibson guitar. Floor-to-ceiling windows allow in floods of daylight and offer some of the grandest views of Amsterdam. As said, Sir Adam is totally geared towards the concept of modern living, and the traditional ground floor lobby has been tweaked accordingly into a hybrid space where to mingle, work, and last but not least, indulge in the good life. The so-called Hub incorporates a co-working space-meets-concept store, a music library with a vinyl collection, and the Butcher Social Club, a bright and spacious gourmet burger parlour designed as a casual living room. A destination in its own right, the venue includes a large island bar and riverside terrace, and will host program of live gigs and dj sets. And that’s not all, folks. A spiral staircase takes you up to the Beer Garden, an informal watering hole with panoramic views of Amsterdam’s revitalized waterfront. Also located on this floor are three fully equipped event spaces which can be combined with the aforementioned bar section, and host events for over 200 guests. For those who’ve over indulged on the good life here, a full-fledged gym is readily available where to break sweat and get back into shape. 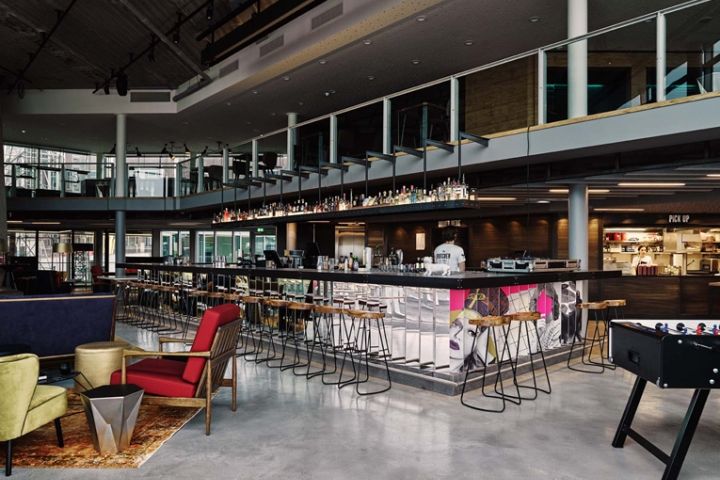 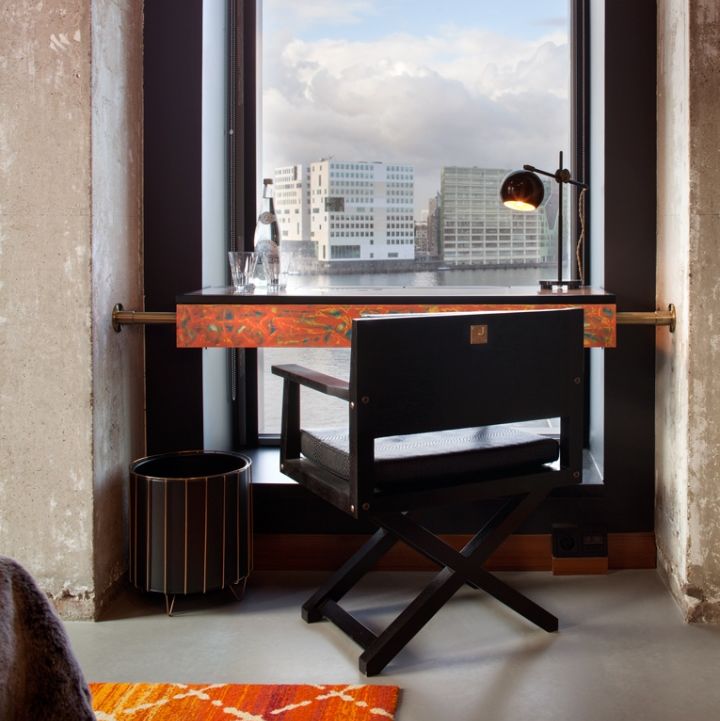 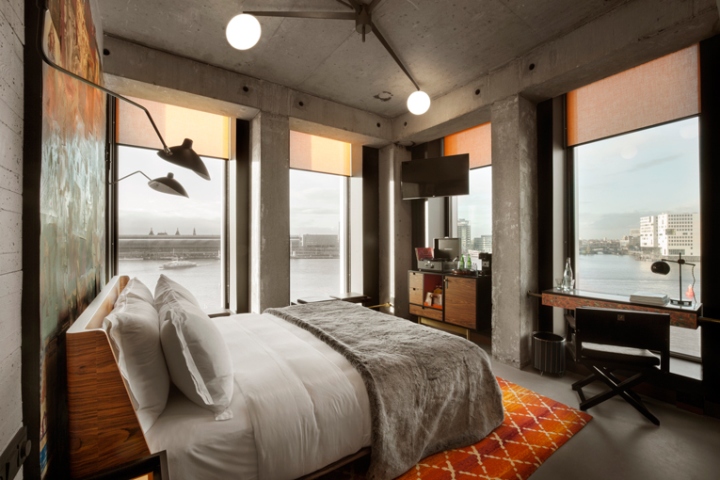