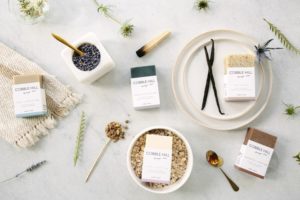 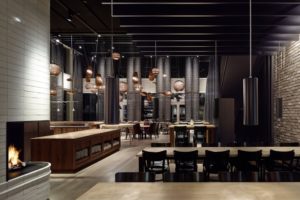 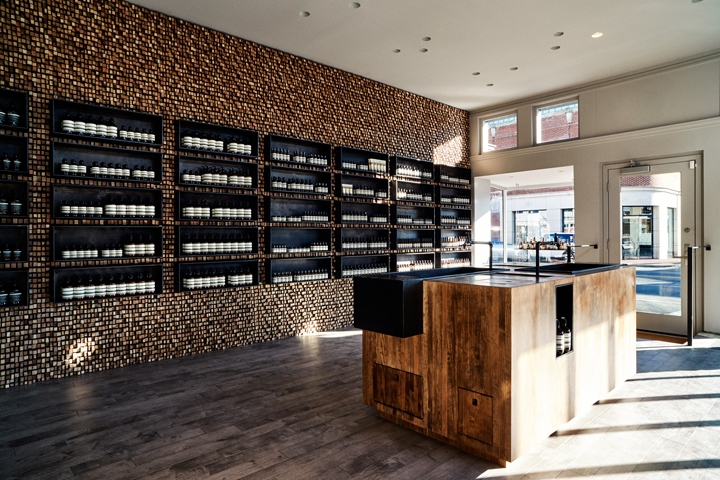 New York studio Tacklebox has clad the interior of this Washington DC store for skincare brand Aesop with 100-year-old recycled sticks. For the brand’s second outpost in the US capital, it has moved into a 900-square-foot (84-square-metre) space in the historic waterfront area of Georgetown. Tacklebox previously designed Aesop’s kiosk made from over 1,000 copies of the New York Times at Grand Central station, and also used 25,000 brown paper lunch bags to line the interior of the OWEN boutique in the city’s Meatpacking district. The studio, led by designer Jeremy Barbour, again opted to recycle a high volume of material at this retail space in DC. The team took 30,000 southern pine sticks – traditionally used to dry leaves at Georgetown’s tobacco barns – and repurposed them as a wall covering. The individual rectangle-section rods were cut and arranged into an uneven mosaic across the eastern wall of the corner unit, creating a “dynamic rippled surface”. “The design is defined by local heritage, pairing a distinctive visual language with evocative materiality to weave the store into the fabric of the neighbourhood,” said Tacklebox. Powder-coated steel display cases for the hair and skincare products puncture the wood-tiled wall. These face sinks in the centre of the space – a feature found in many of Aesop’s stores worldwide, used for testing the merchandise. Here, the dark-coloured wash basins are housed within a podium also made from southern pine. “These vessels symbolise the site’s unique history with bodies of water, including an adjacent natural spring which influenced the local industry,” Tacklebox said. Glazing almost reaches floor to ceiling along the two street-facing facades, allowing plenty of natural light into the space. Aesop aims for each of its shops to look unique, and has worked with a large variety of designers internationally – see 10 of Dezeen’s favourites. In a 2012 interview with Dezeen, the Australian brand’s founder Dennis Paphitis said this was to avoid “the kind of assault on the streetscape that retailers inflict through the ordinary course of mindless business”. 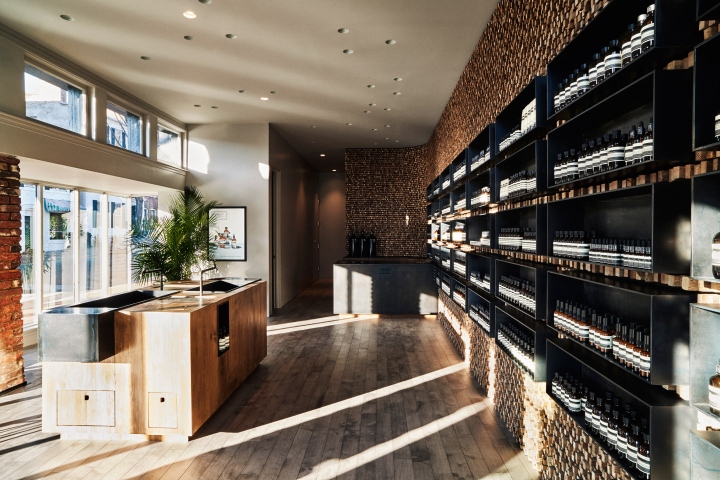 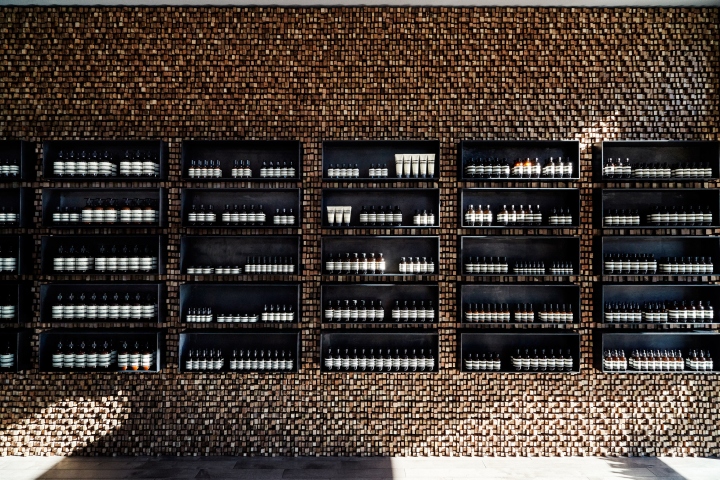 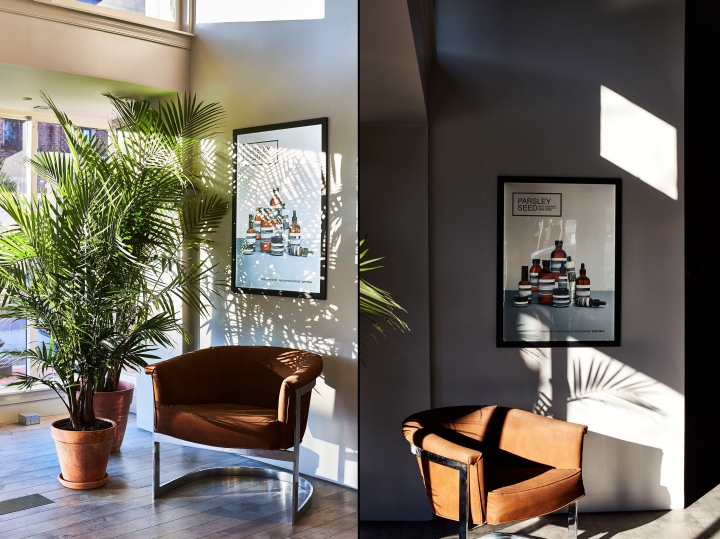 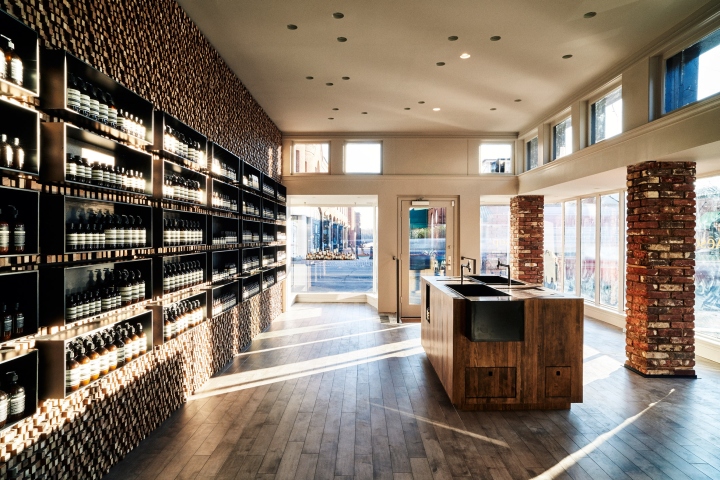 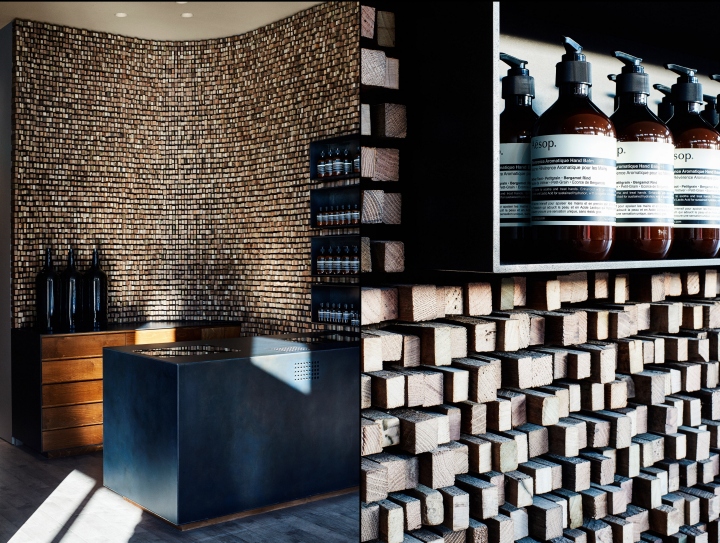 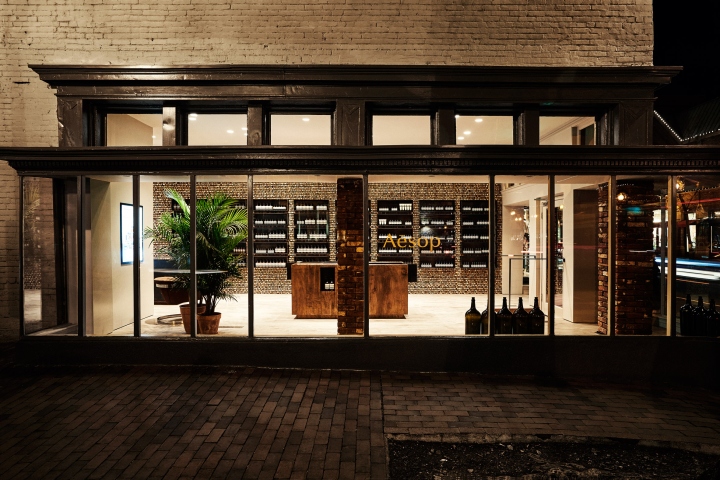 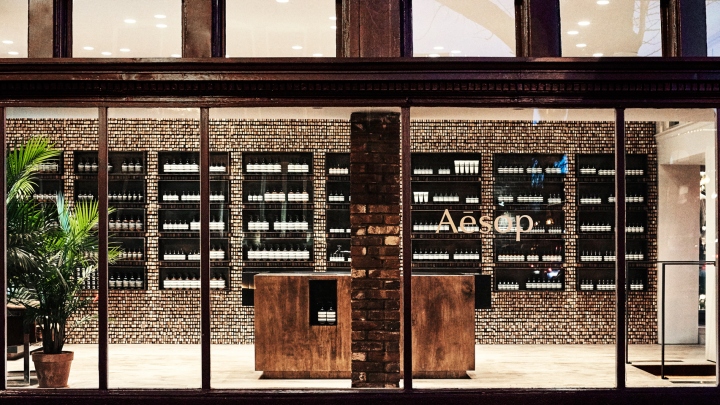 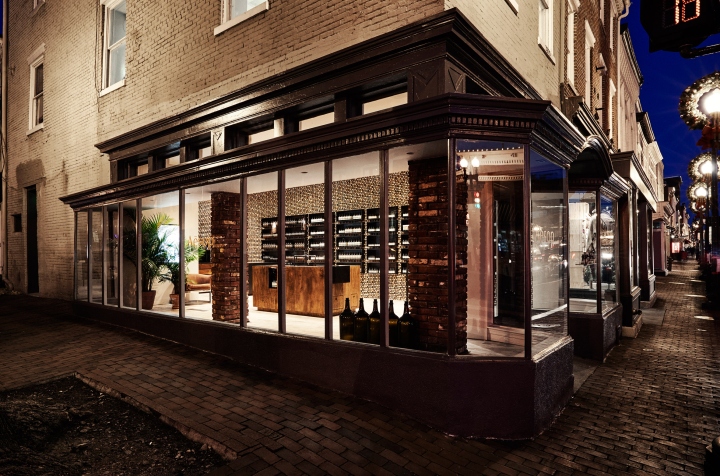 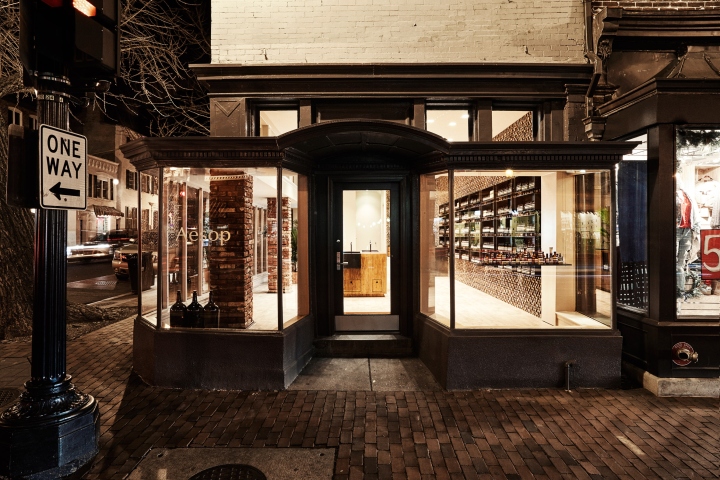 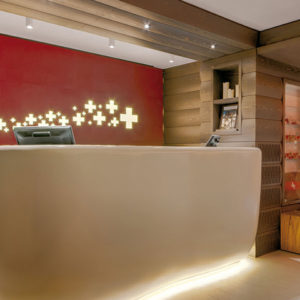 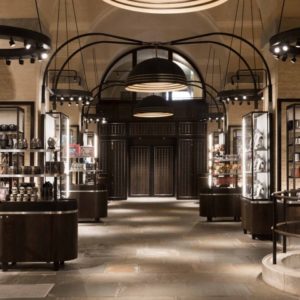 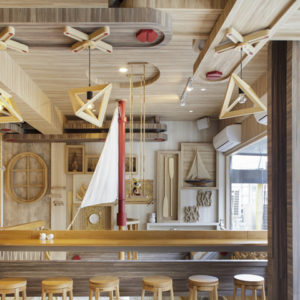 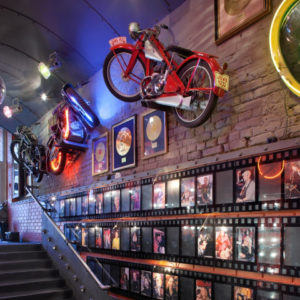