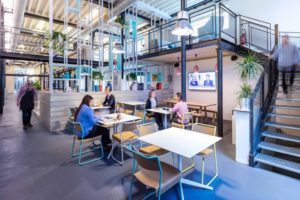 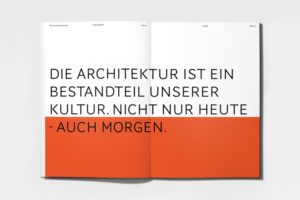 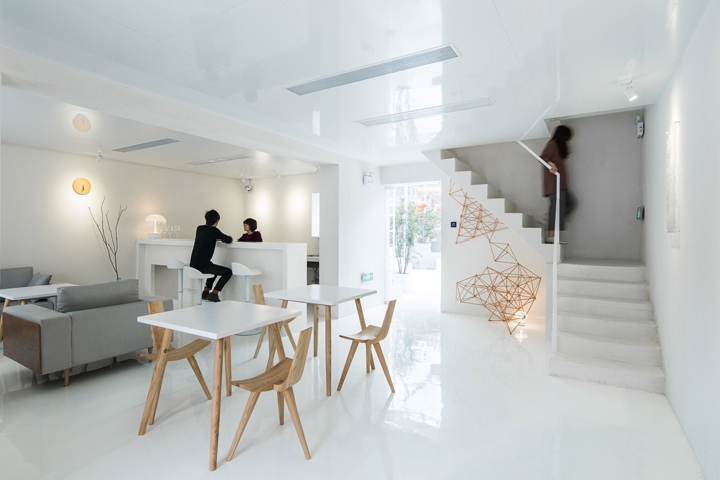 Shenzhen studio Aether Architects has transformed a derelict residence in the city’s Guanwu district into a hotel and cultural centre that is wrapped in a latticed framework of white cubes. Aether Architects designed the ARTINN building for an organisation called Shenzhen Yingyu Creative Culture, which was looking to establish a creative hub for the local community as well as visitors. The client is a native of the area and was keen to bring a new purpose to the disused and unsightly building located on a corner plot surrounded by other residences. The renovated house now accommodates eight guest rooms, alongside a cafe, art gallery, book bar and flexible rooftop theater space. The architectural project required significant structural reinforcements to be implemented before the building could be adapted for its new use. With the structure secured, Aether Architects set about embellishing the building by adding an outer framework that is intended to soften the boundary between the facility and the adjacent streets. “We use the raw truss structure concept to develop a series of small structural units to knit and wrap over the original building, creating a new shape and architectural space,” said the studio. “The existence of the new structure as a transparent building between the original building and the external environment glued the two together, then formed the cascading architecture and scenery of the site,” it added. The metal frame is formed of galvanised profiles that are combined to create square modules. The resulting units create a semi-opaque surface around the building. The latticed structure bears a resemblance to the Serpentine Gallery Pavilion created by Japanese architect Sou Fujimoto for London’s Kensington Gardens in 2013. As with Fujimoto’s pavilion, the framework incorporates stepped sections that project out around the periphery of the building to encourage the public to use them as informal seating. The lattice extends across the facades and is interrupted only by openings aligned with doors and windows in the existing structure. It also lines the edges of the open rooftop terrace, creating seating for performances and screening, and encloses a shaded porch on the ground floor and a seating area on the first floor. The cafe and reception occupy a large open area at street level, with three guest rooms also accommodated on this floor. The upper storey contains four more guest rooms, as well as the gallery space and book bar. The interior features whitewashed walls, with glossy surface treatments used for the floors and ceilings helping to enhance the bright feel. Wooden furniture and plants introduce natural details. 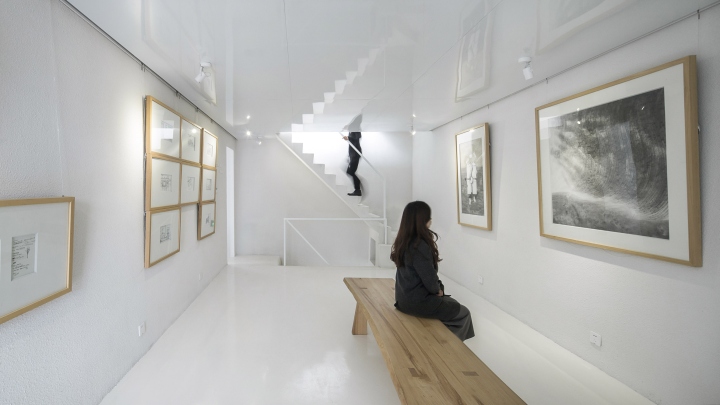 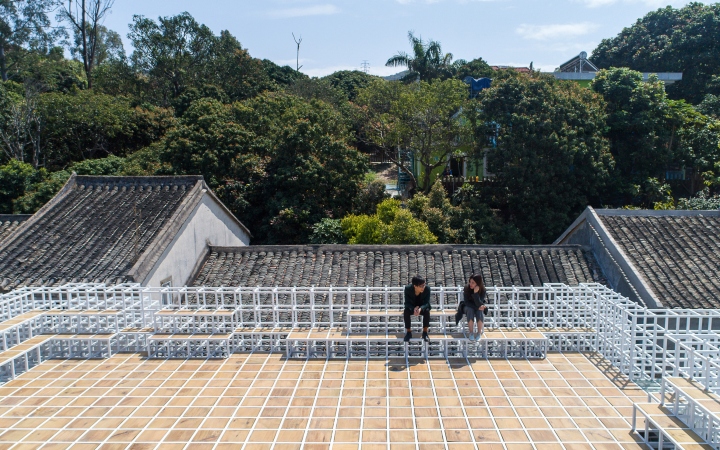 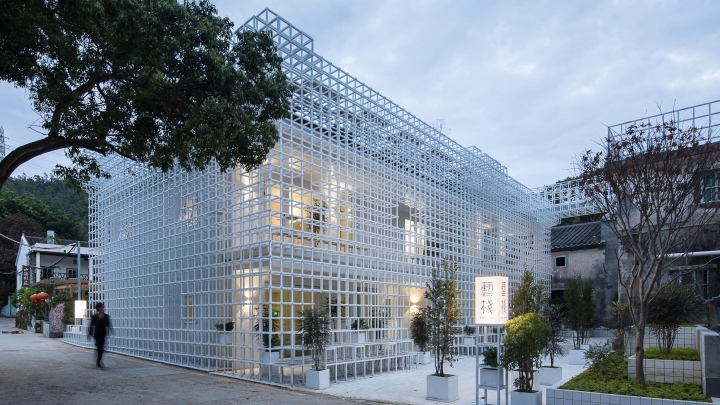 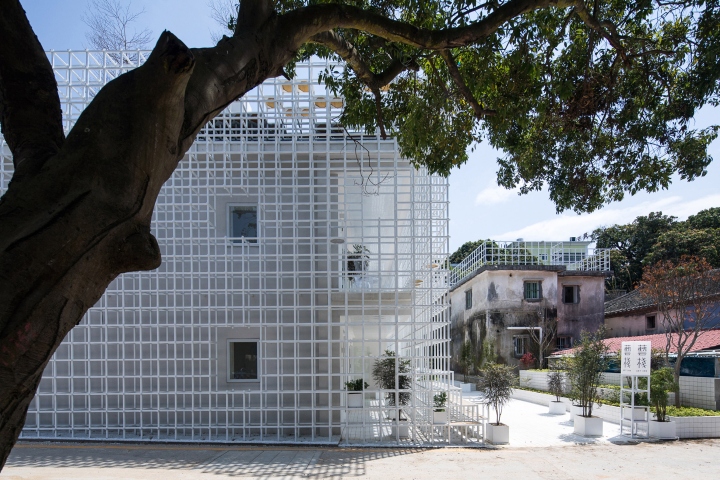 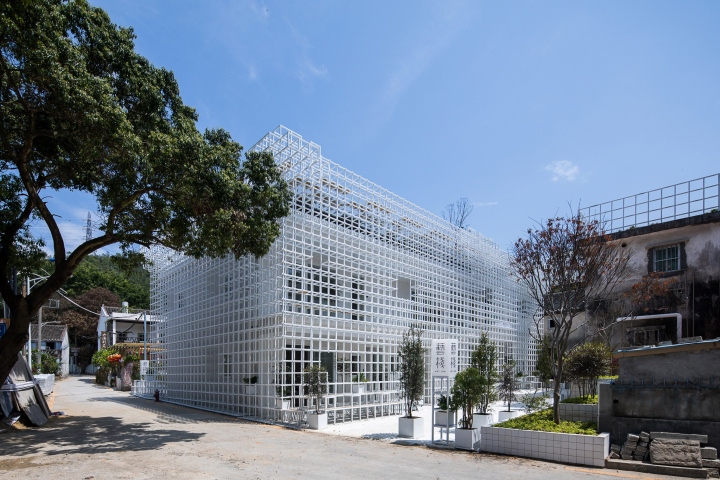 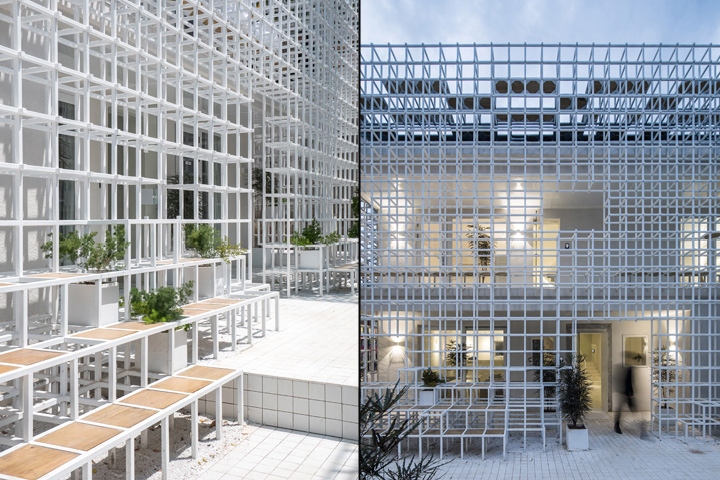 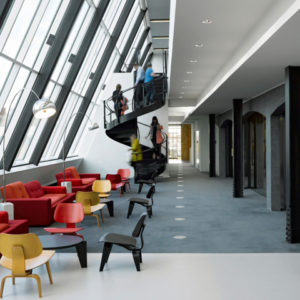 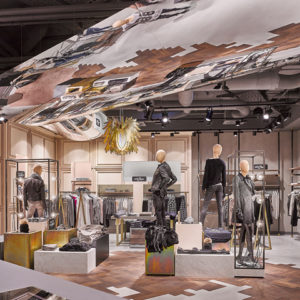 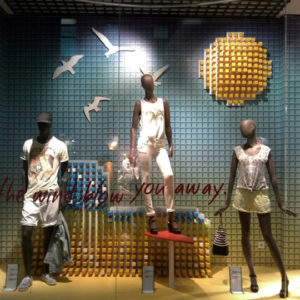 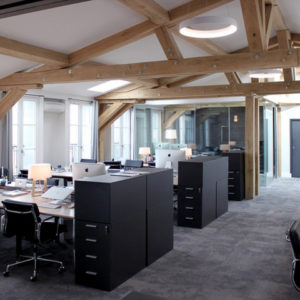