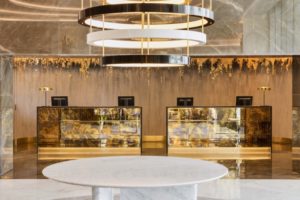 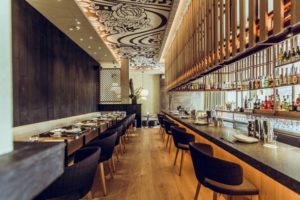 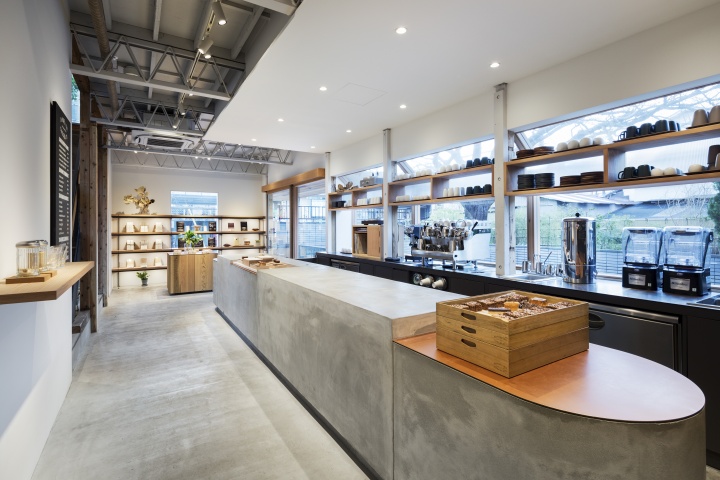 A space that connects the city’s memory and flow

Following the Kuramae and Ise locations of DANDELION CHOCOLATE, the third shop opened just 1 minute from Kamakura station’s west exit, in a location also known as “ura-eki”. The wooden building was previously a boutique shop for casual wear, and we took on the project to repurpose this building, as well as the surrounding environment.
The building is located along the side of the road that connects the west and east sides of Kamakura station. The path within the premises sees much daily traffic, from local residents to workers. The exterior facade is heavily covered in ivy, and creates a very familiar feel to passersby.
To make the most of this exterior facade and flow of daily traffic, we aimed to create a space that was both comforting, and having the appearance of already existing there, and that would be cherished by locals for a long time. By creating a large opening in the north and south sides of the 1F facade, we were able “connect” the damp outside environment on the north, and the main entrance on the south, both visually and flow-wise. Furthermore, opening up the large existing window on the east allowed for great transparency into the shop from the street. Right in the center of the first floor, stands a large, symbolic counter made of copper and mortar. The staff behind this counter can feel the warm sunlight from the south on their backs, with beautiful cherry blossoms in the background during the spring. This creates an illusion of serving customers from what looks like a spectacular stage set. The second floor also has a very large window on the south, with a view to the cherry blossoms that is just as beautiful as from the first floor. And to the east, one can see directly onto the platform of Kamakura station. To make the most of this arrangement, we took great care into designing the facade and signage, putting in much time to design the interior that exudes an authentic Kamakura atmosphere. For the materials, we used vintage lauan wood and cedar wainscot that had been seasoning in a lumbermill located in Shin-kiba. During the time when it was common practice to carefully repair wooden buildings for long-lasting use, these materials were readily available for such repairs. As this was also an old, wooden building, we decided to incorporate the lauan and cedar as a show of respect for this traditional practice. For the greenery and plant design, we collaborated with a local Kamakura-residing designer. We proposed the idea, that through maintaining the living plants, the space itself will continue to live on over time.
For the interior acoustics, we commissioned Komatsu Acoustics, the same company that had also worked on the Kuramae location. The soft sound quality emitted by the tube amps, gently surrounds the interior, and we hope that it continues to transform hand-in-hand with the space itself over time. 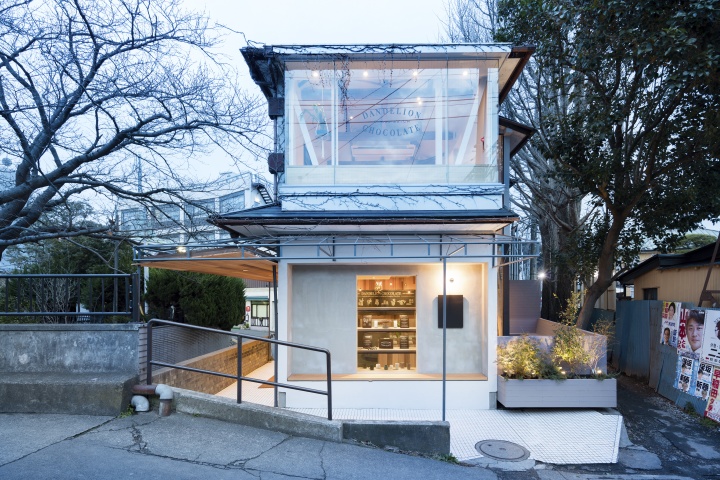 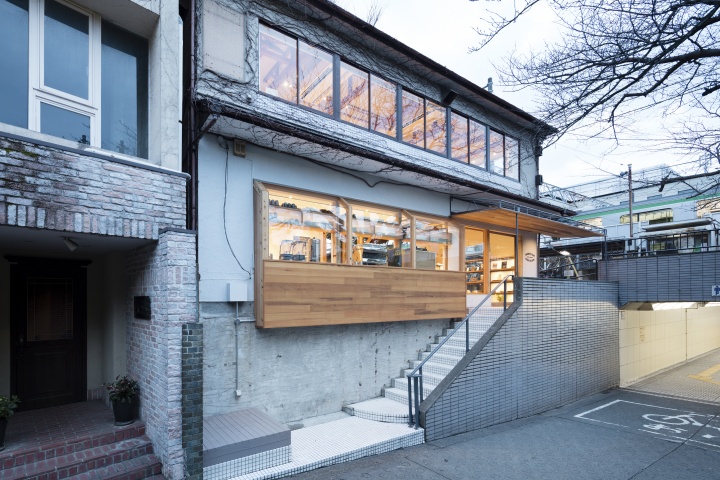 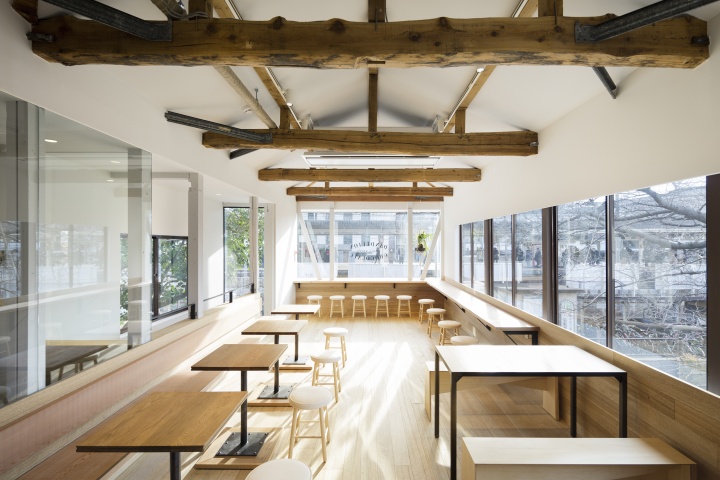 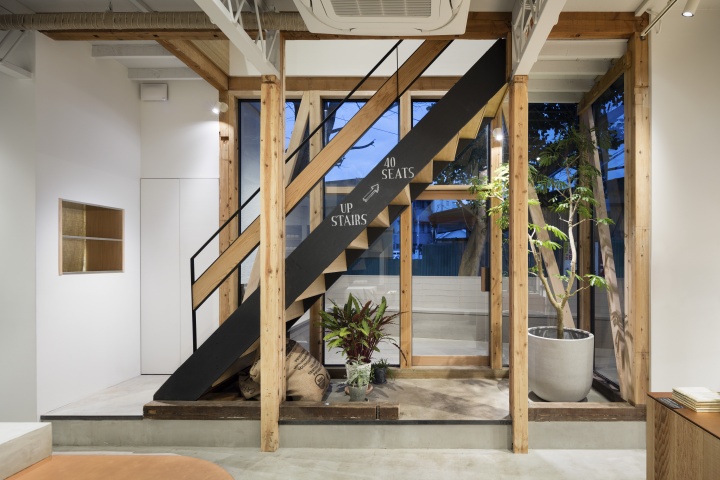 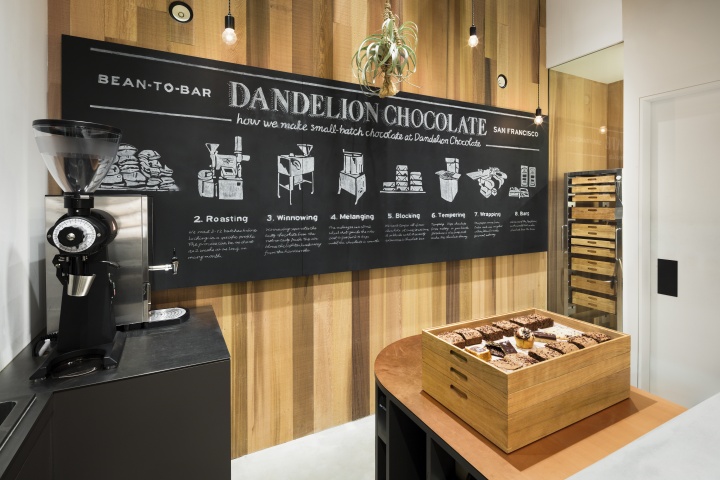 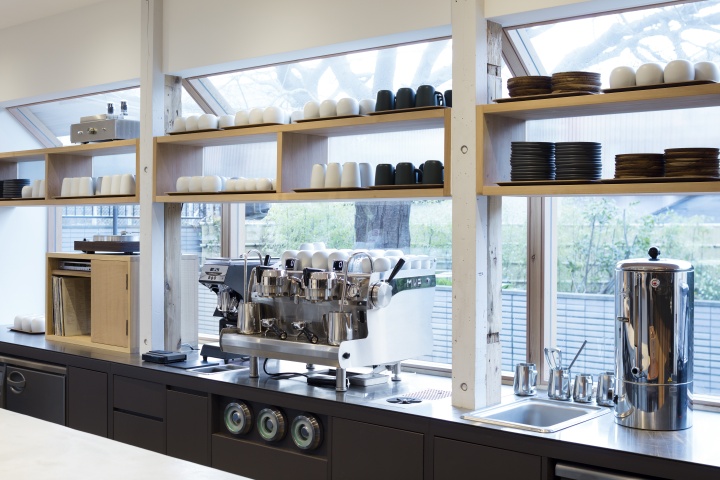 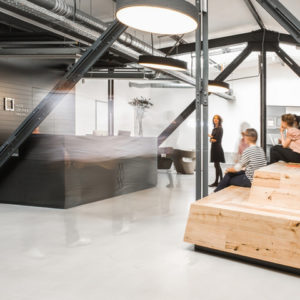 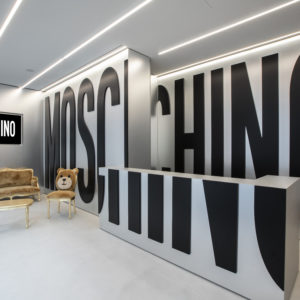 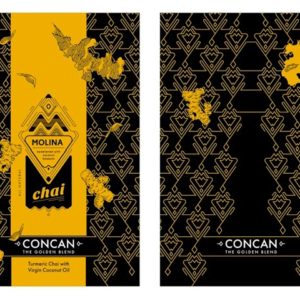 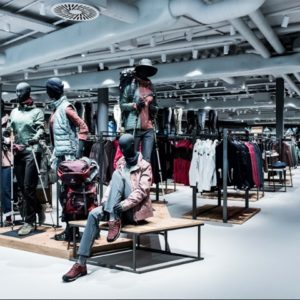