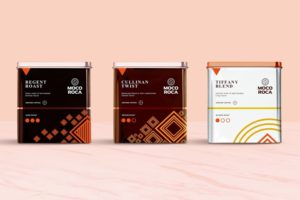 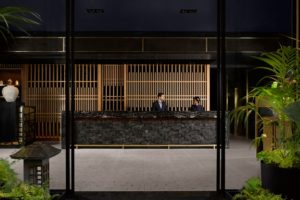 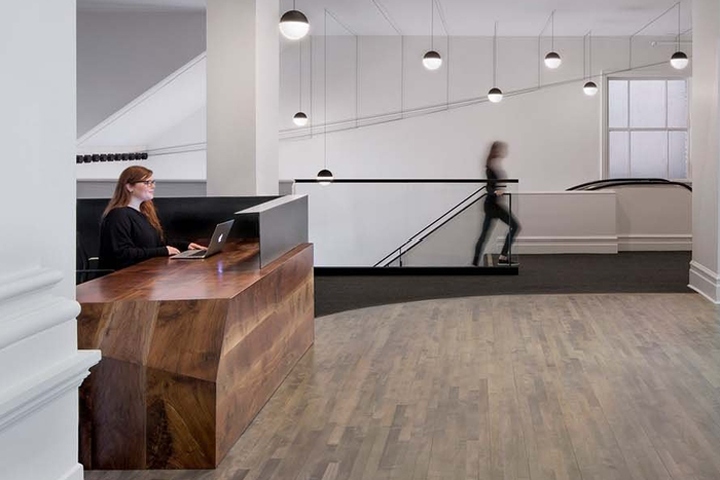 Huntsman Architectural Group designed the offices of advertising agency Argonaut, located in San Francisco, California. Argonaut, an innovative advertising agency, prides itself on making things that surprise and delight the world. A relative newcomer to the advertising world, the company was in search of a new home to support their rapid growth. With creativity as its driving force, Argonaut’s new headquarters needed to embody the same spirit and soul embedded in its creative process. Such a space was found in a former music venue, the historic Avalon Ballroom, which during San Francisco’s famous late 60’s counter-culture, hosted legendary music performers, including The Grateful Dead, The Doors, and Janis Joplin. The 25,000 square foot building was carefully restored to its original splendor while providing work and social spaces that reflect Argonaut’s brand and collaborative work style. During concept development, the Huntsman team partnered with the client, drawing bold inspiration from the pioneering works of the aforementioned rock legends. Complementing the historic significance of the ballroom, the project’s modern design focuses on work settings that match task and mood. Capturing the energy, flow, and sense of community of the psychedelic 60’s concerts, a dynamic workplace was created, where one can feel the agency’s pulse, ultimately bringing new life to a historic gem. In the main work space, a custom designed, continuous desking system constructed out of welded hot rolled steel plates extends from a raised platform stage resembling catwalks. Radiating around the collaborative ballroom are flexible and casual idea-generating spaces which are more intimate in scale. Argonaut practices “free addressing” – encouraging their creative staff to freely choose work settings where they can be most creative. Directly adjacent to the ballroom, a large open break space with an 18-foot island becomes the hub for social interaction. Wrapping around two sides of the ballroom, mezzanine balconies overlook the activity below. The mezzanine level houses the executive boardroom and several meeting rooms, furnished with rock n’ roll memorabilia and accents. An additional floor of workspace at street level is devoted to the production aspects of the agency, featuring a flexible custom desking system, social spaces, meeting areas, and an art gallery. Throughout the open workspaces, an audio system broadcasts music selected by employees, underscoring both the building’s vibrant history and Argonaut’s energetic design philosophy. 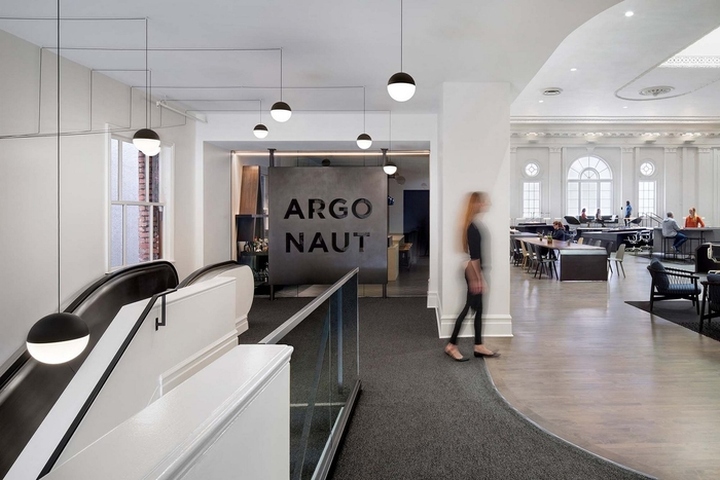 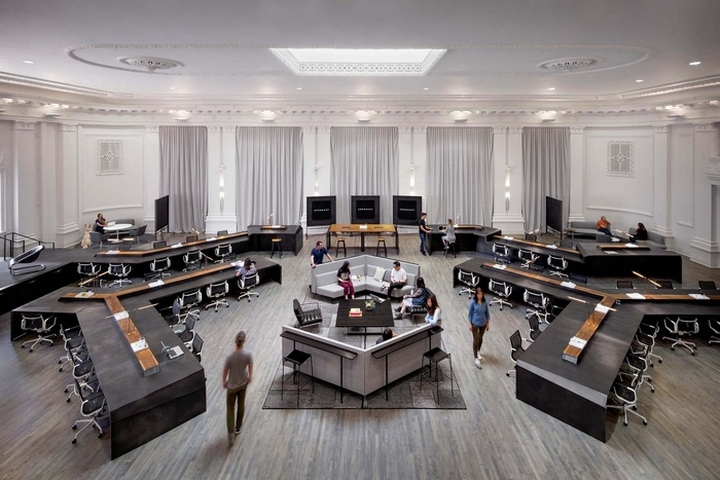 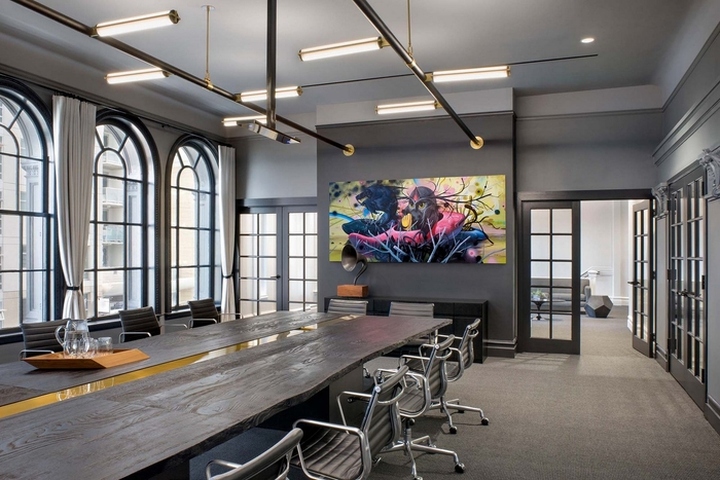 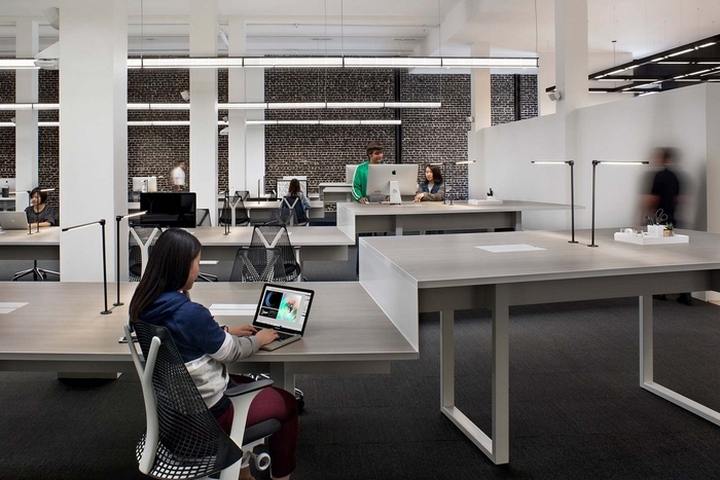 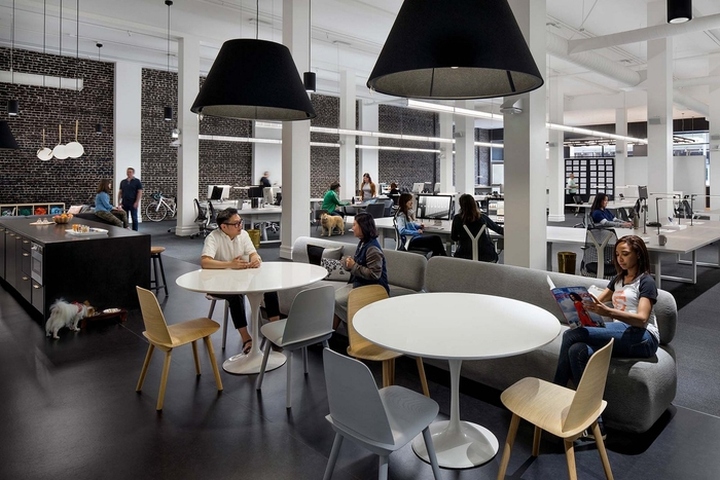