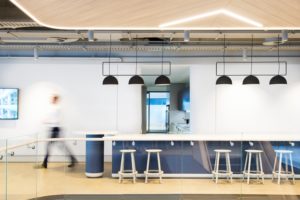 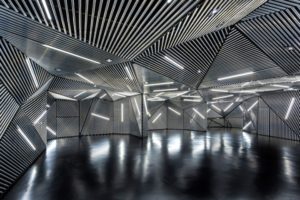 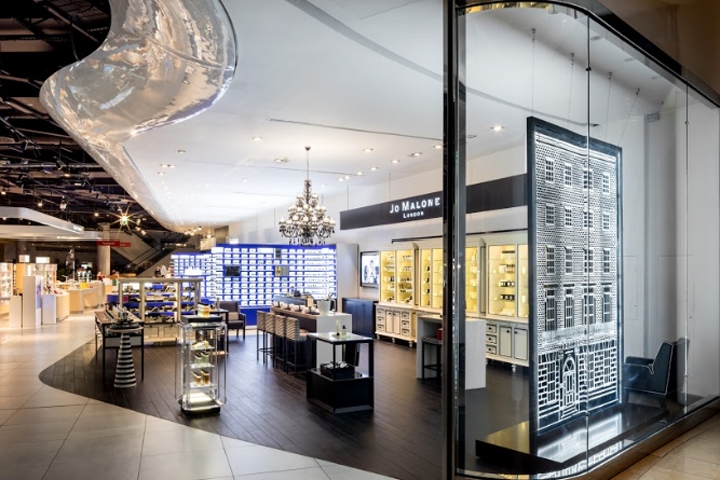 Prop Studios were invited to work alongside Jo Malone to design and produce a window scheme that encapsulated the brand in their Selfridges Birmingham concession. The installation was part of the ‘Neon’ Selfridges theme which will run for 12 months. We crafted an edge-lit acrylic Jo Malone London Townhouse, visible from 360 degrees. The team developed a new experimental engraving technique allowing the light to be captured across the panel, spanning 2 metres in width and 3 metres in height. The panel was illuminated from all four edges to highlight the etching and produce a white neon effect. Black metal framing and base were constructed to ensure stability for the freestanding unit. The scheme was designed to be adaptable throughout the year, transforming the iconic townhouse through the seasons. Also allowing the townhouse to be customised during key launches and events exclusive to Selfridges and throughout the Christmas season. 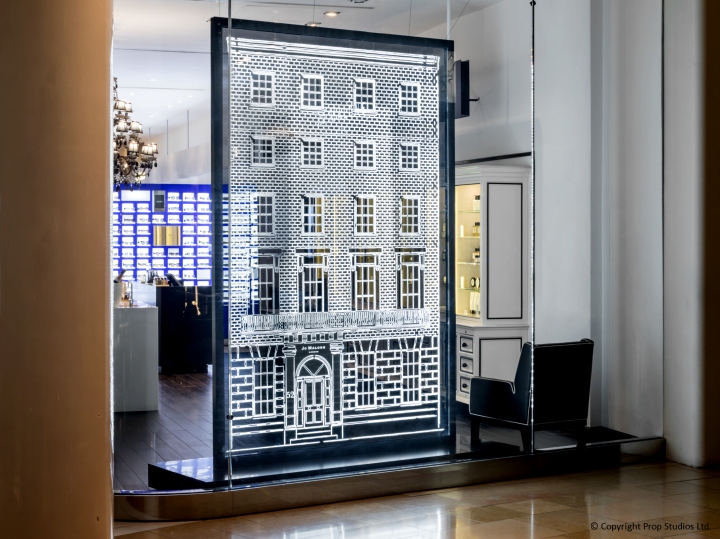 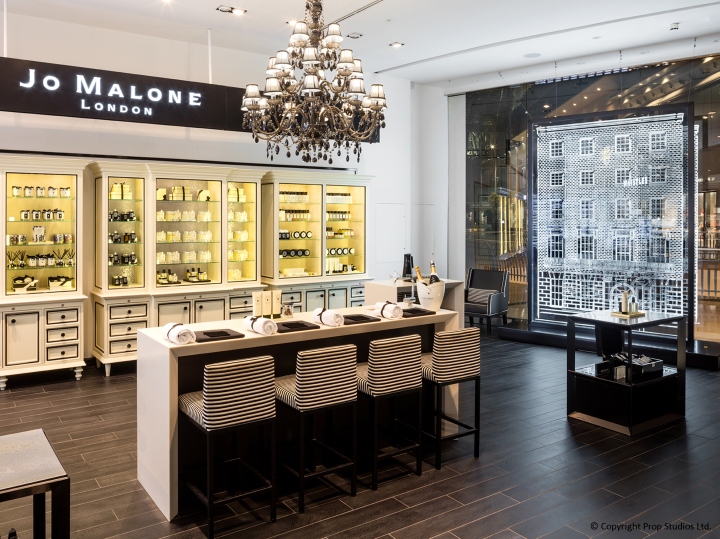 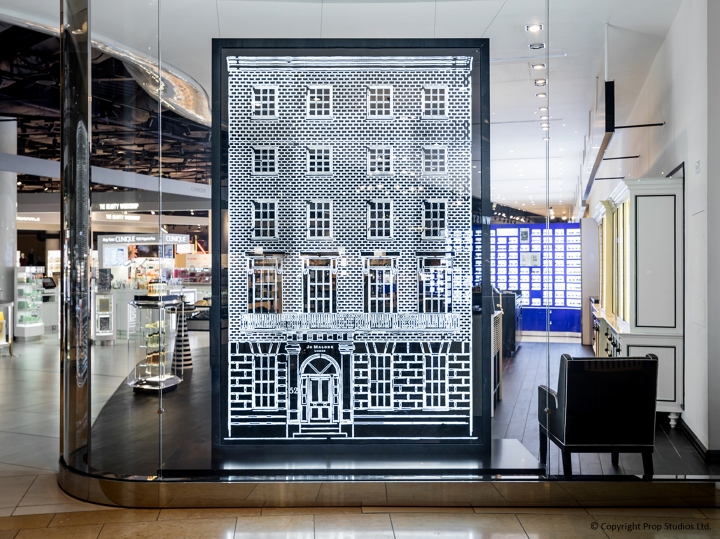 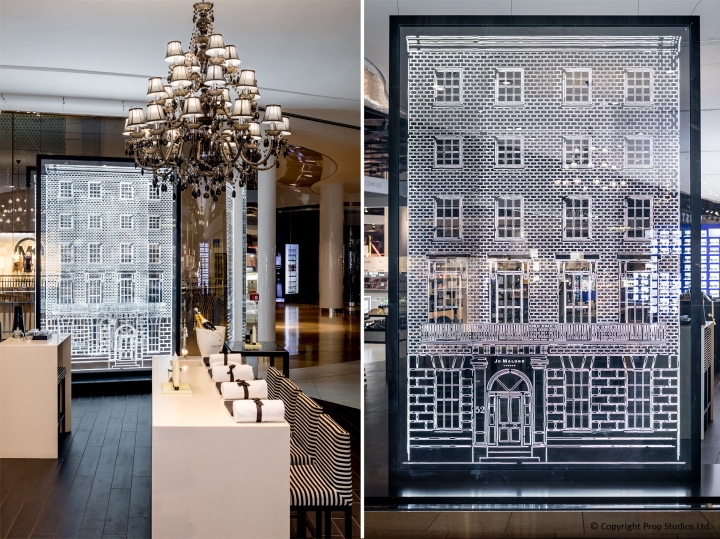 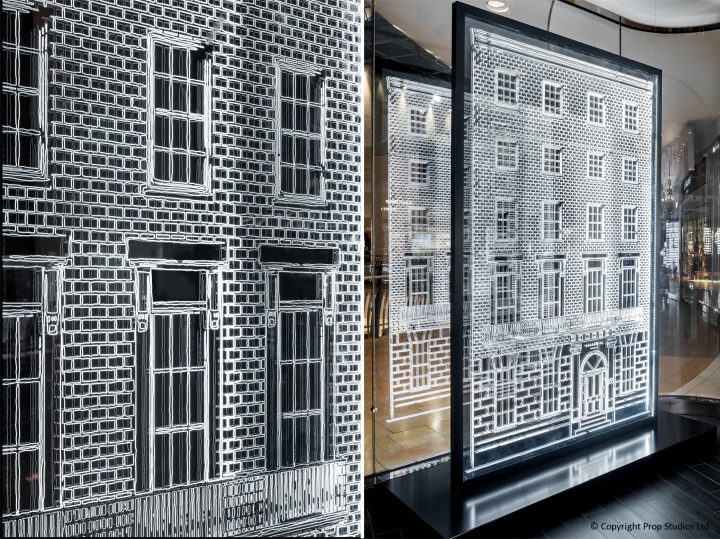 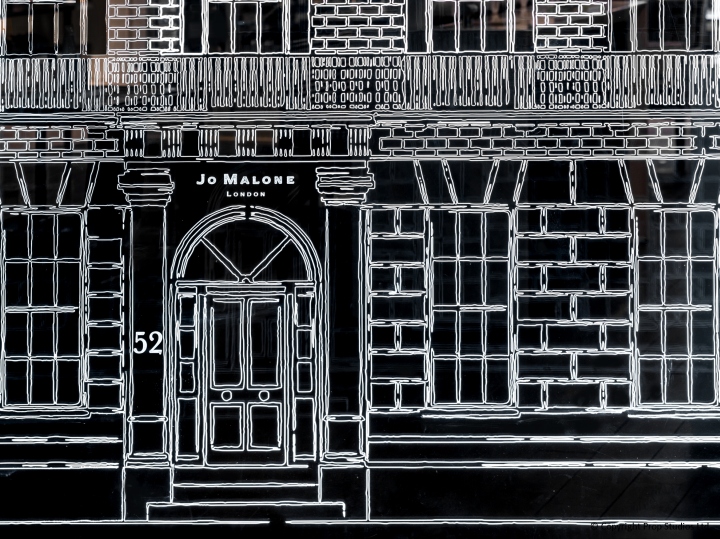 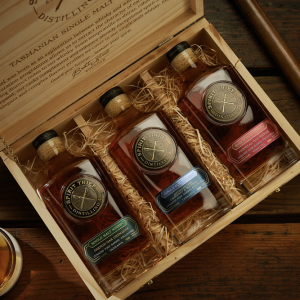 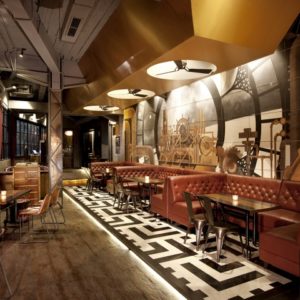 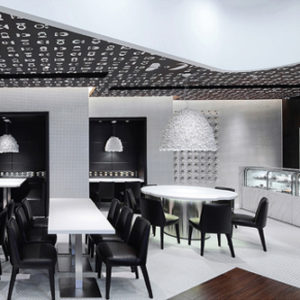 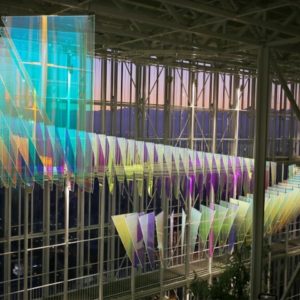