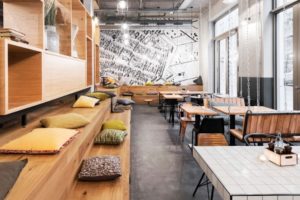 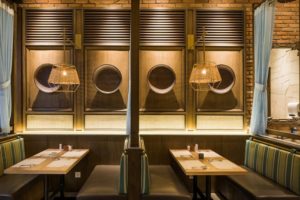 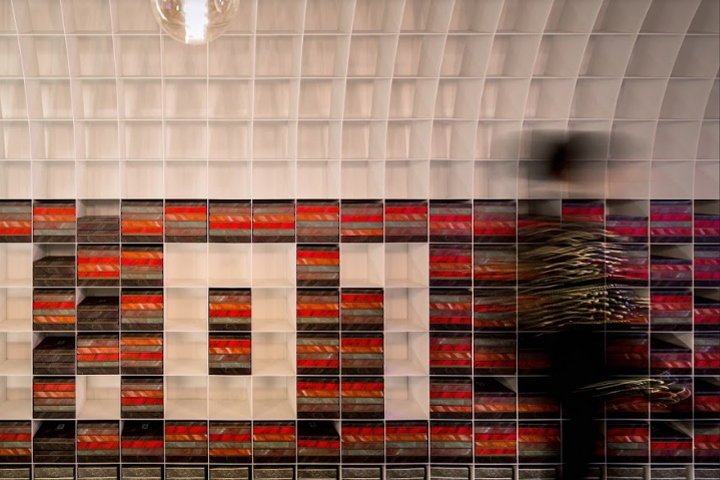 Studio Toggle was commissioned by the young Kuwaiti chocolatier, Bean2Bar to design their debut boutique in Arjan Square, a trendy F&B concept in Salmiya, Kuwait. The 33m2 space with a narrow frontage posed a significant challenge for the architects who desired to create a bright and airy atmosphere with plenty of storage space and flexibility. The architects devised a simple solution that featured a slender, cellular waffle vault along the longitudinal axis of the store that morphed into a sleek secondary enclosure. This eliminated the need for a conventional ceiling and created an illusion of a greater expanse. The dimensions of the cells of the vault was based on the modular packaging unit used by the chocolatier and this led to new synergies like re-imagining the vault with its cellular modularity as an analogue screen with the cells doubling up as pixels. Messages or patterns could be displayed on it as required by using a combination of empty cells or by changing the colors of the packaging unit. This opens up possibilities for the store to change its ambience in a very easy and intuitive way to suit various occasions. The vault was parametrically generated and optimized for digital fabrication as a slot-in waffle system. This enhanced the ease of construction; cut down material wastage and resulted in a very precise self-supported steel structure. The symmetry of the vault is broken and emphasized at the same time by employing an algorithmically generated steel chandelier, which almost has a parasitic relationship with the vault. By juxtaposing these strongly opposing elements, the architects created a refined industrial look for the boutique while maximizing the efficiency and the lightless of the space. Vein-cut silver travertine was chosen as flooring and also to clad the built in refrigerated counters. This added a warm undertone and balanced the overall ambience. Bean2Bar was a successful implementation of generative processes not just as a design tool but also to aid in the digital fabrication and optimization workflow, which was essential to the completion of this boutique. 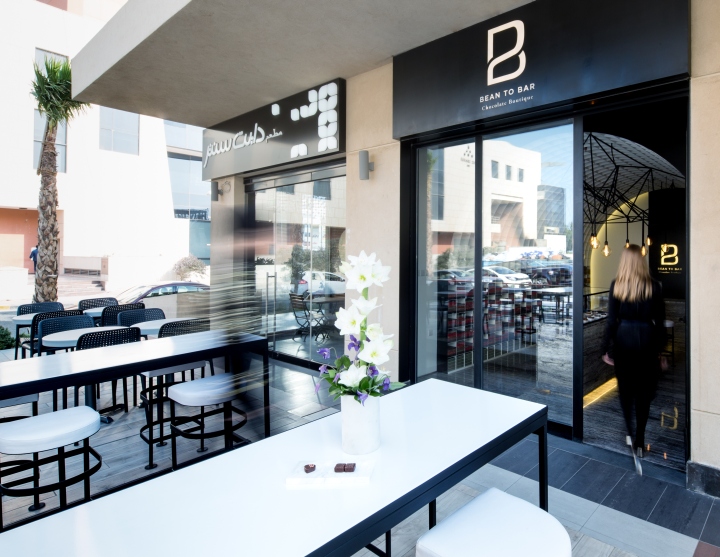 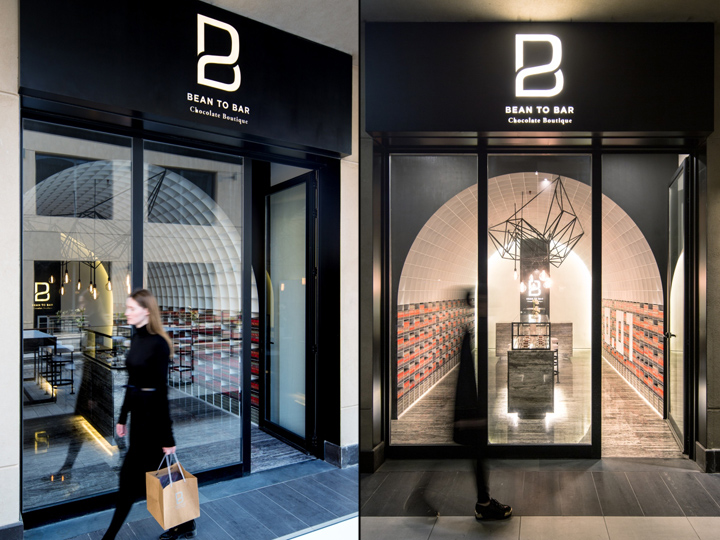 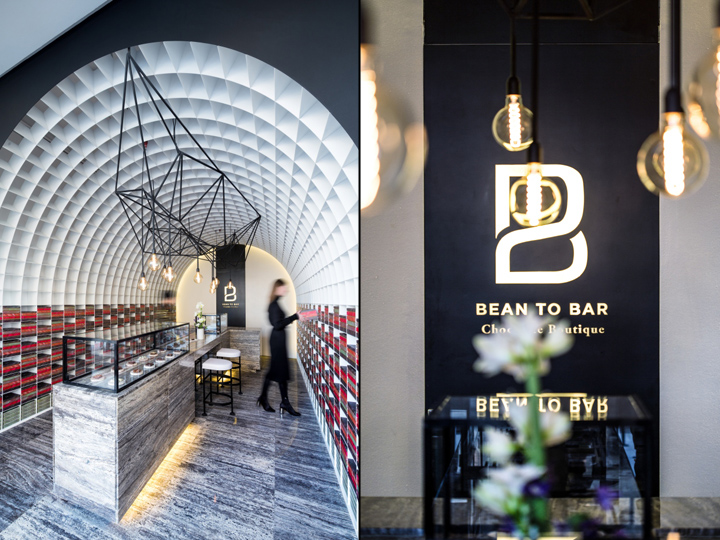 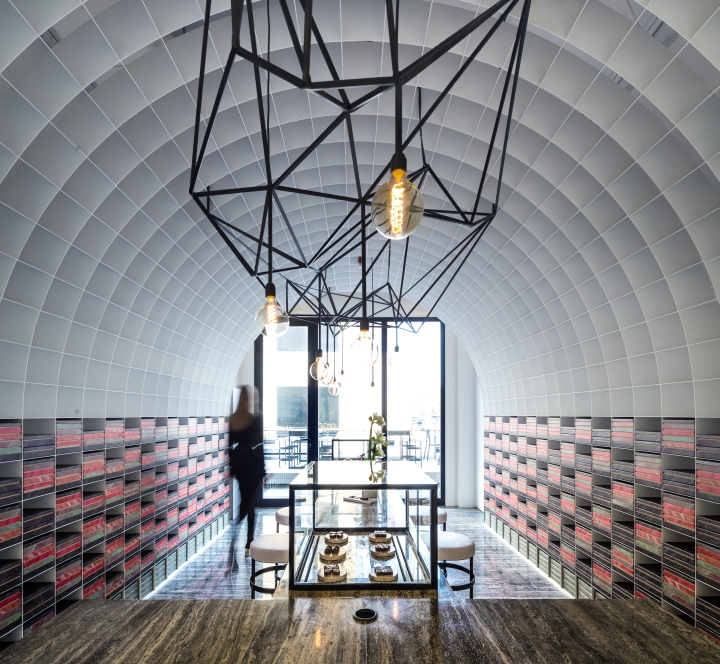 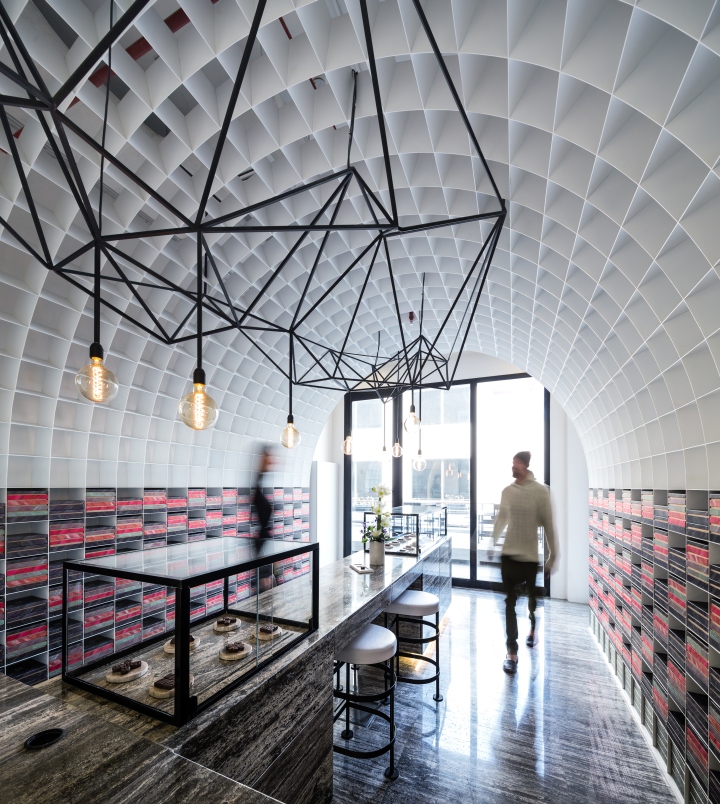 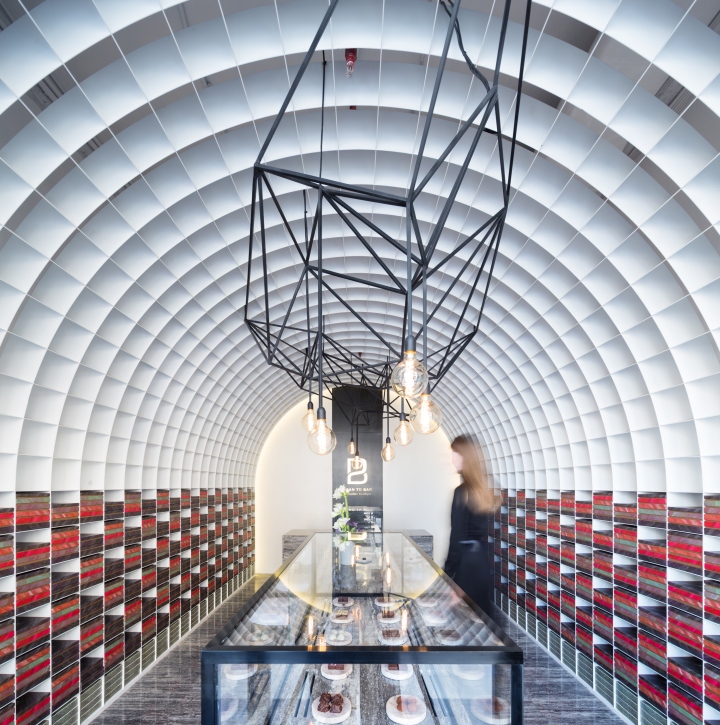 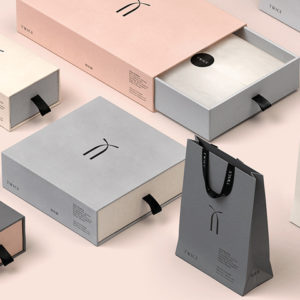 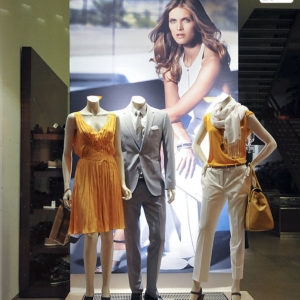 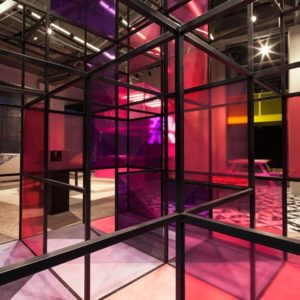 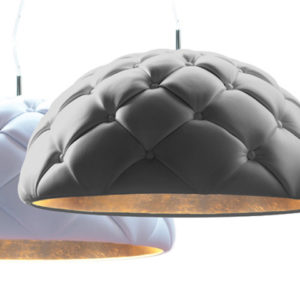