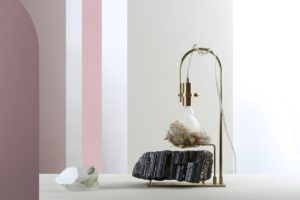 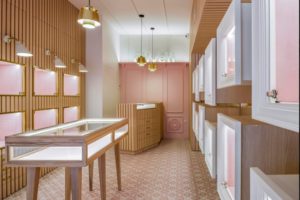 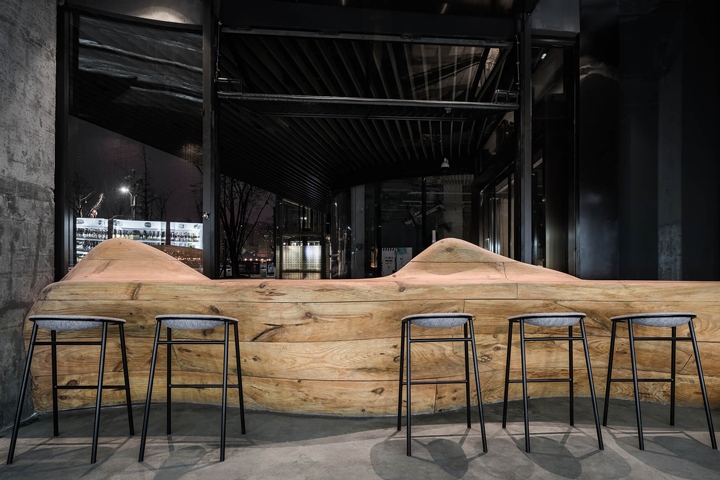 Daipu Architects’ 2 Cups bar in Chongqing is the first instalment in a series of renovation projects intended to recoup a piece of China’s too-fast, too-generic, en masse construction boom of the past two decades. The first challenge was to remake an interior in a mixed-use concrete high-rise within a width of only two column spans and an overall area of less than 100 sq-m. The second was to frame the mountainous Yuzhong Peninsula skyline and a distant view of the Yangtze River from both inside and outside the revamped venue. Architect Dai Pu’s solution is a voluptuous wooden ridge that appears to rise from a concrete floor. He translated Yuzhong’s undulating, irregular, alpine landscape into human-scale furnishings that were designed digitally, CNC-carved from solid wood and assembled on site. The topography serves as partitions, bar footrests and a large bench. More than merely defining zones – dining area, bar, patio – and giving texture and dimension to the space, the design encourages guests to assume more casual postures as they interact with the varied terrain. Sitting, reclining, squatting, leaning – visitors’ stances echo those assumed by locals through ages past. Pu anticipated the wood’s natural expansion and contraction in the damp climate that characterizes Chongqing. Its grain will likely emerge with time as it dehisces, or yawns open. In a nod to the bar’s function, guests will leave traces of themselves on the wooden surfaces, just as fermenting beer alters its barrel over the years. ‘This project provides a chance for us to rethink megastructures, including the super high-rise, which is just a repeated stack of a single-layer structure,’ says Pu. ‘These types of buildings offer little connection between levels. Not only are they closed structures inside; they’re also lonely islands in the city that make interaction impossible.’ The bar introduces a radically topographical, local and anti-generic interior architecture that will influence the tower’s roof garden, residential levels, office space and commercial ground floor. Pu wants to unite the efficiency of the high-rise with the extroversion of the typical street-level floor, so that ‘landmark and openness reach a settlement’. He envisions the union as a form of architectural democratization. 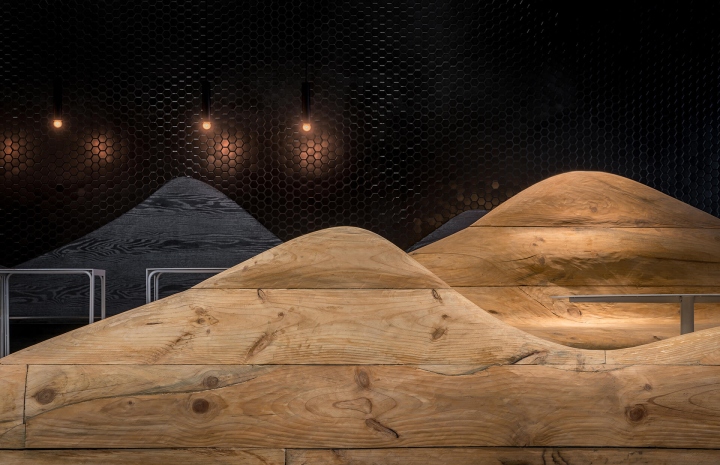 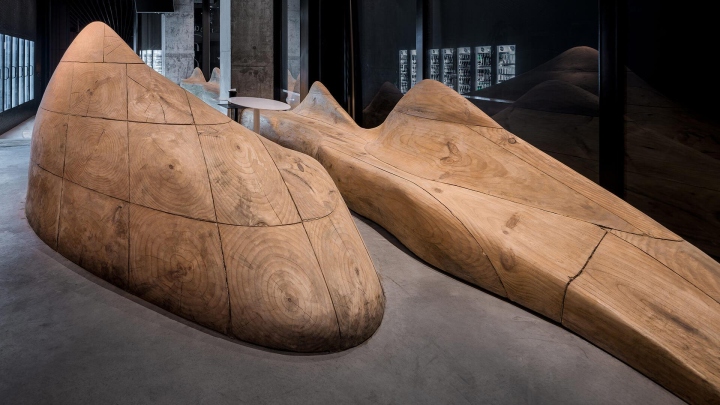 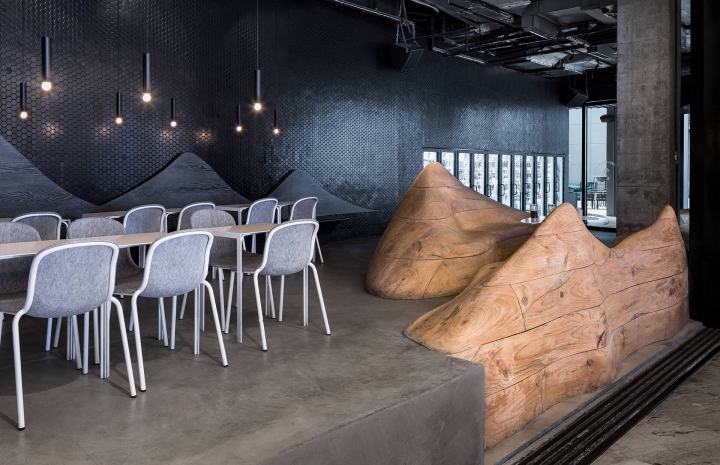 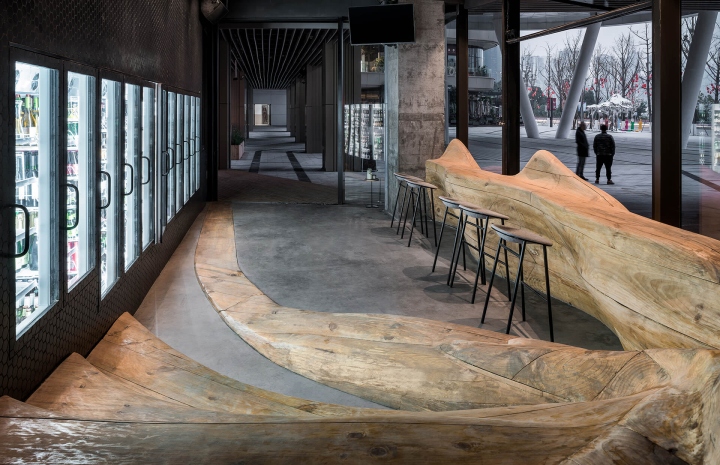 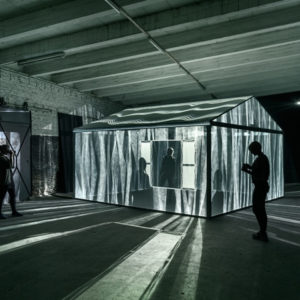 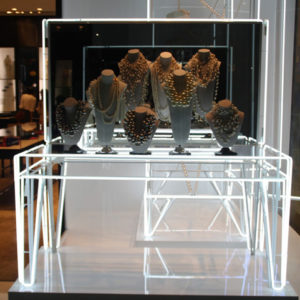 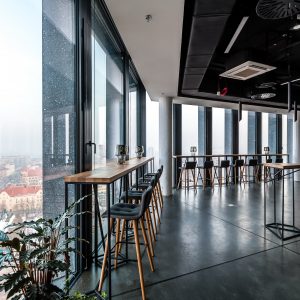 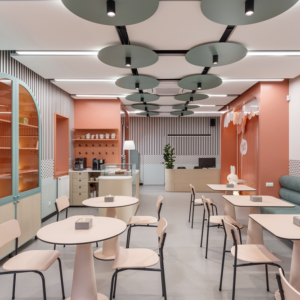