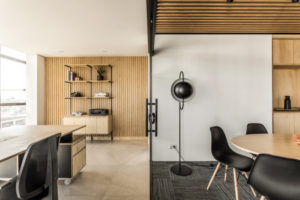 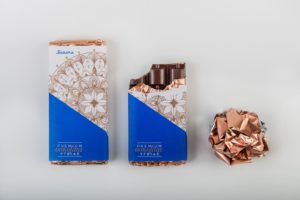 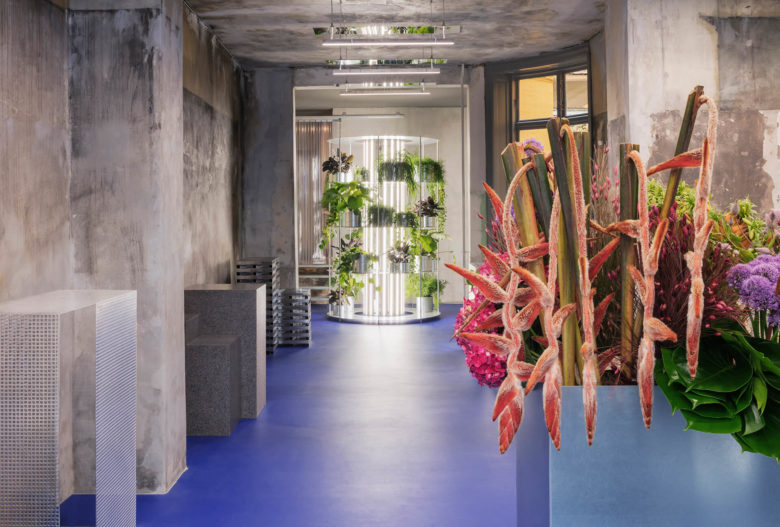 Along with the rise over the past decade of botanical creative agencies specializing in floral art direction, and designers who match blossom to boudoir in enchanting ‘encounters’ with flowers, we’ve seen a renewed focus on florists. As objects of beauty in and of themselves, flowers can be a store’s best decoration. Recently, however, such shops are no longer furnished to resemble hothouses or apothecaries. Rather than recusing themselves before the blooms, they frame the flowers, amplifying their virtues. Advances in technology, social media and screens have led to a commensurate increase in the design not just of things but of experiences that revolve around the senses: sight, touch, smell, taste. From China to Denmark, three flower shops demonstrate the whats and whys of this colourful trend. In Dongguan, China, 0321 Studio uses a florist to anchor the hybrid environment of Nous Restaurant & Flowers. Rather than simply dispersing blossoms throughout the dining room, Nous also harvests their natural decor in a discrete vestibular volume that abuts the restaurant without entering it. Customers must pass through the flower shop to dine, and natural light enters the restaurant through the sheer rose-hued box, which ‘influences’ the interior with its luminous glow. The concept establishes a symbiotic reciprocity between the two businesses. With one bathed in colour and the other desaturated, an extraordinary visual results where the two meet or overlap, playing with the current attraction to commercial space. Instead of entering beneath an awning, visitors arrive at July’s Flowers in Shanghai under a panel of distorting mirror that extends into the shop and across the ceiling. Inside, flowers are displayed in a cluster of pots mounted in front of large dishes that artfully warp the reflected blooms, framing them with their own skewed images. Think funfair mirrors and add the sophistication of a Christian Dior catwalk. As shoppers move around these objects, the reflections shift with them in a dynamic response that feels emotional. ‘Our job as designers is to give shape to time and culture,’ says Alberto Caiola, design director of his eponymous studio. Caiola conceived July’s Flowers as a product of its environment: Shanghai, a city that seems both futuristic and historical. ‘Social media is helping to transform physical stores into social objects, dematerialized and defined by the conversation happening around them,’ he says. ‘I see this as a great opportunity to reimagine the role of design.’ The design of Tableau in Copenhagen is another example of a ‘destination’ that allows customers to experience flowers instead of just buying them, says designer David Thulstrup, who finds potent ways to accentuate the grown goods and, at the same time, to elicit desire. Thulstrup relies on clean, simple elements while establishing extreme contrasts of texture and material and between artificial and natural. ‘I wanted to create a space in which flowers could be presented like art pieces in a gallery,’ he says. ‘Besides getting your everyday flowers, you can find inspiration in a place that makes you want to explore every inch of the store.’ 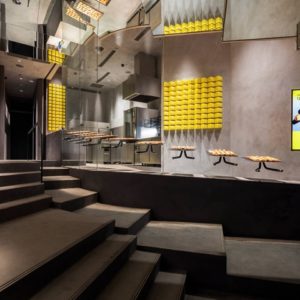 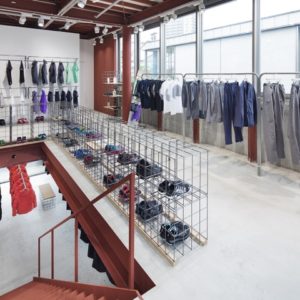 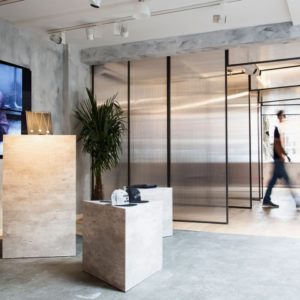 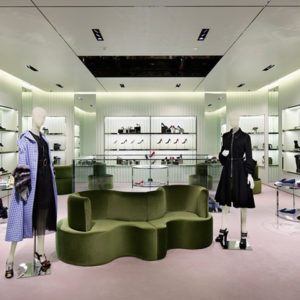