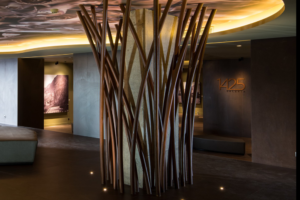 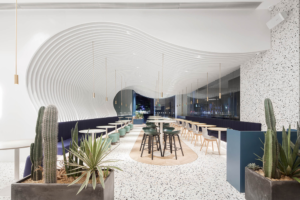 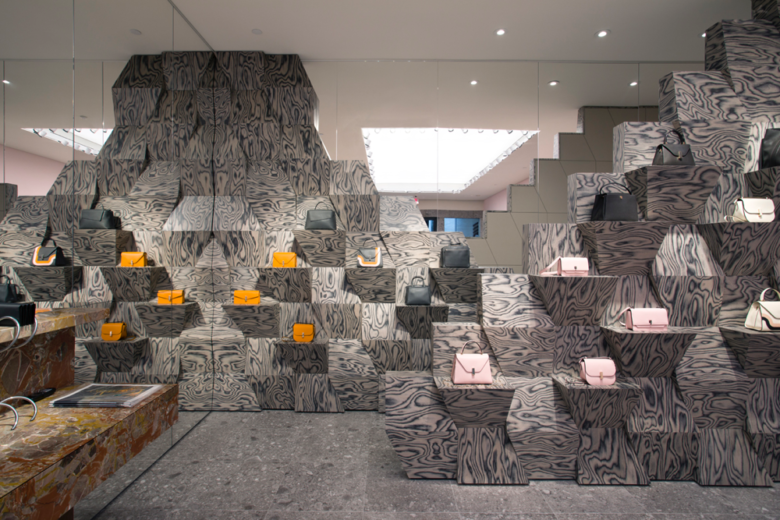 Miami has seen a steep increase in luxury brands in recent years, putting the city on the map for discerning shoppers. The majority of luxury brands can be found either at the recently established Design District or at Bal Harbour Shops, the city’s original upscale shopping grounds. The latter has lost some of its lustre since the rise of the Design District, but a multimillion dollar renovation and expansion plan should reinstate it as Miami‘s preferred shopping destination for the well-heeled. It’s right here where Valextra has opened its newest outpost stateside. The upscale luggage brand is known to steer clear of generic store design, and for the new outpost it has appointed architecture practice Aranda\Lasch to create an original retail setting inspired by its Milanese roots.

The façade is covered in Ceppo di Gré, a grey-blue stone that’s abundantly used across Milan, and features a large door inspired by a palazzo’s grand entrance. The stone element extends inside, albeit in different form as the design takes cues from a classic Milanese atrium, featuring expansive Barrisol lighting, lots of marble, metal, and mirrors. Strewn across the floor are metal displays with chunky marble tops, and shelving equivalents are suspended on the wall. And speaking of which, the back wall is an absolute eye-catcher, clad in Alpi Wood, a decorative veneer designed by star architect and designer Ettore Sottsass, and comprising of geometric modules whose repetition creates an effect reminiscent of crystals and minerals. The new Valextra boutique carries the brand’s full range of men’s and women’s bags and small leather goods. 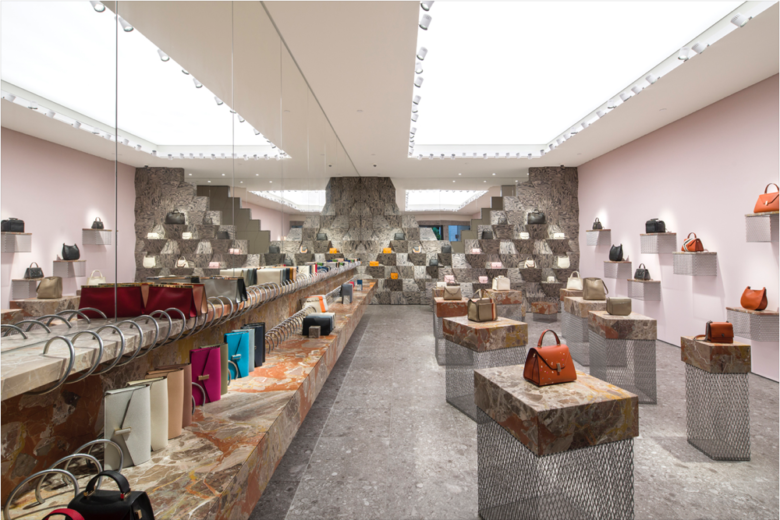 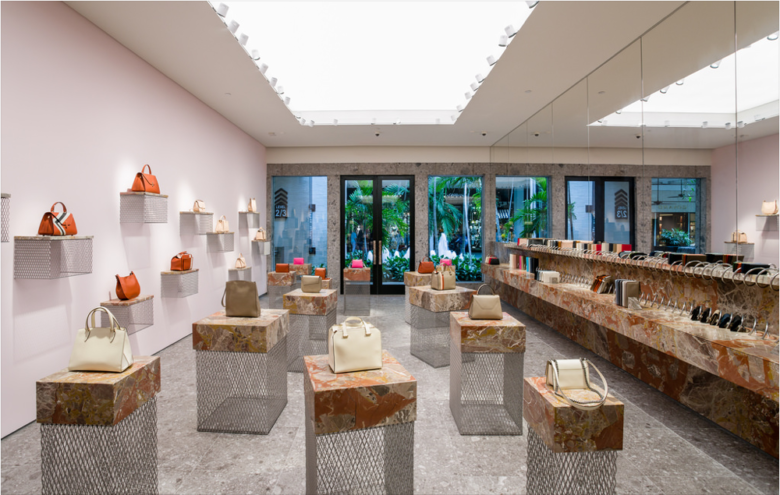 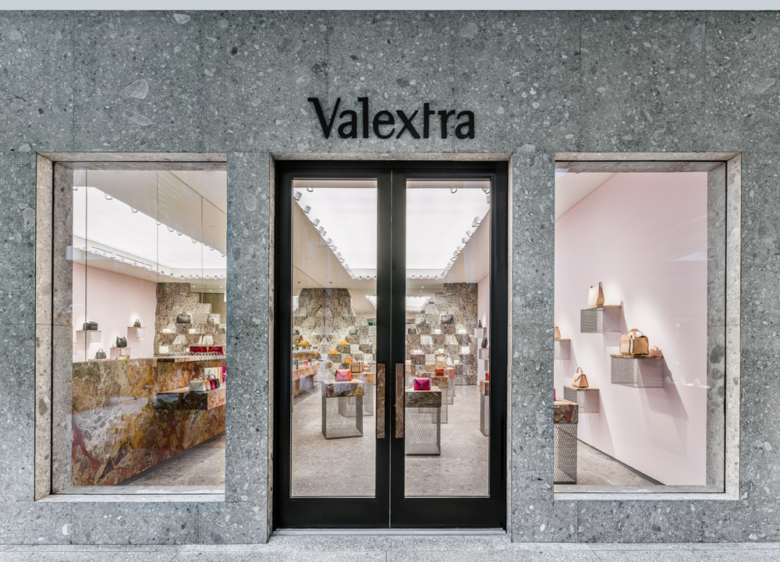 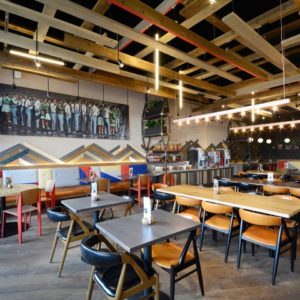 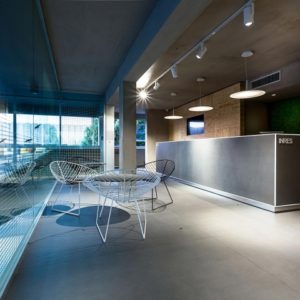 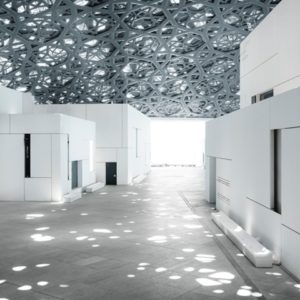 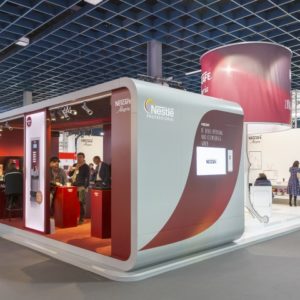