Virgin Holidays launches most experiential store yet with YourStudio 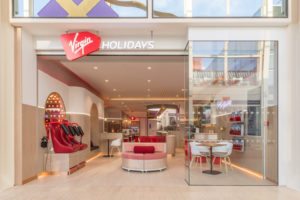 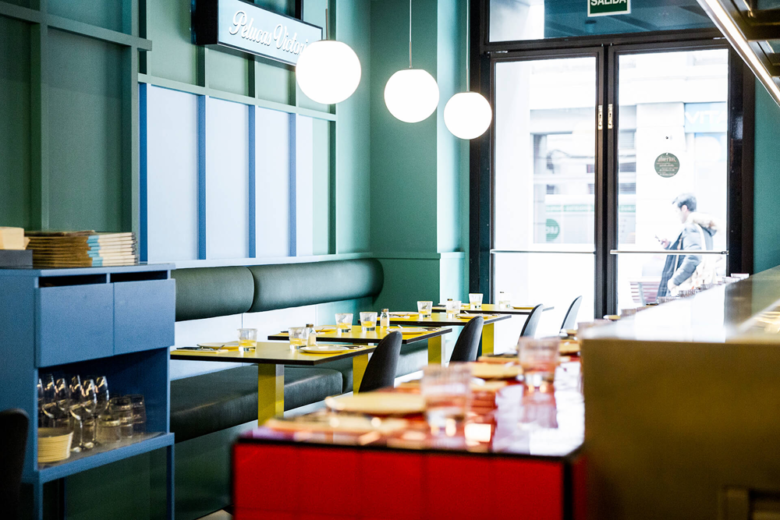 One of the dining options of Hotel Axel, Las Chicas, Los Chicos y Los Maniquis – it literally translates into ‘The Girls, The Boys and The Mannequins’ – is a restaurant characterised by an eclectic use of colour, geometric patterns and bold graphic signage.

Located at the entrance to the hotel in what was formerly the arrival point for horse-drawn carriages, two large, red bars seemingly split the space into two rooms, functioning as buffet tables for breakfast and ‘snack and beer’ bars during the rest of the day. Three small, interconnected rooms in the lower part of the restaurant are each personified by a single colour: red, green or pink.

Although still audacious in colour, the cooler palette and softer materiality of textile walls reference the noble rooms of the palatial home that formerly inhabited the 19th-century building. 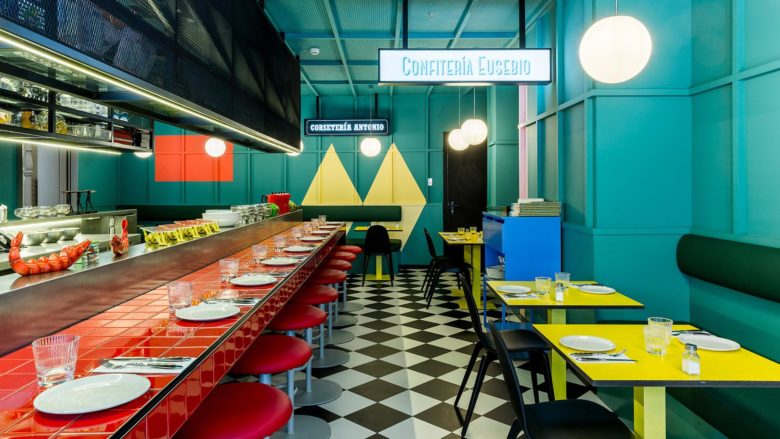 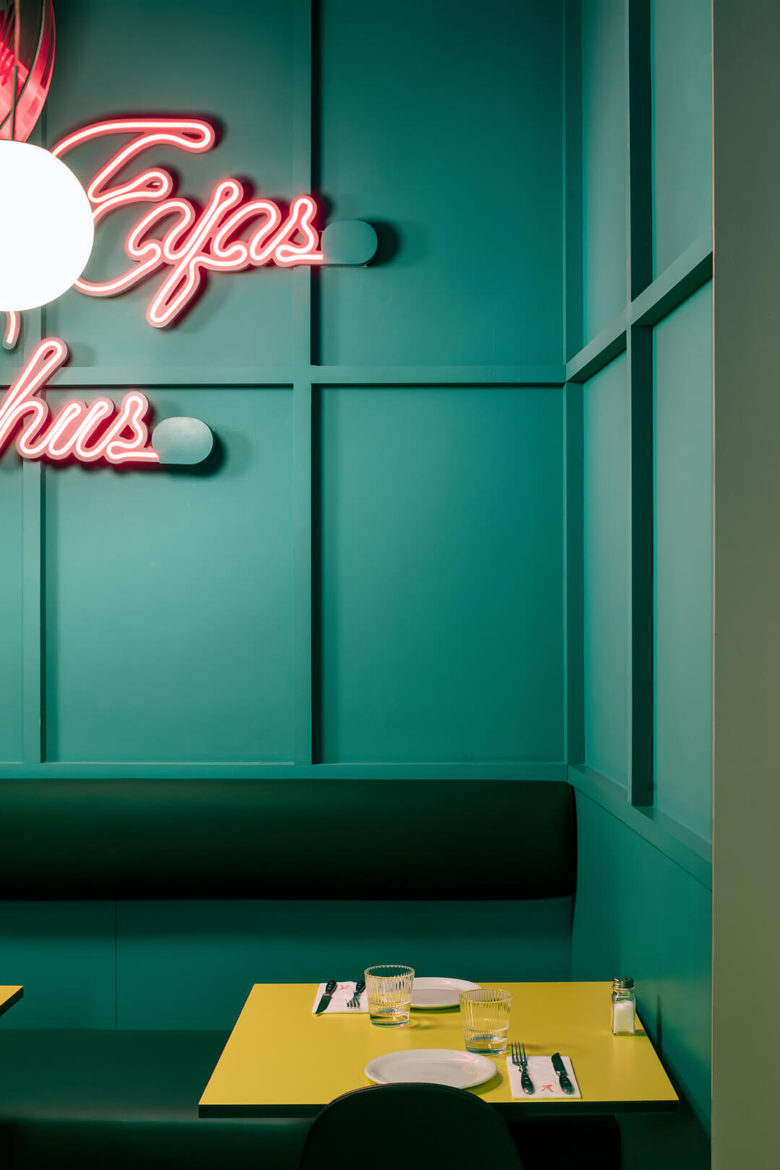 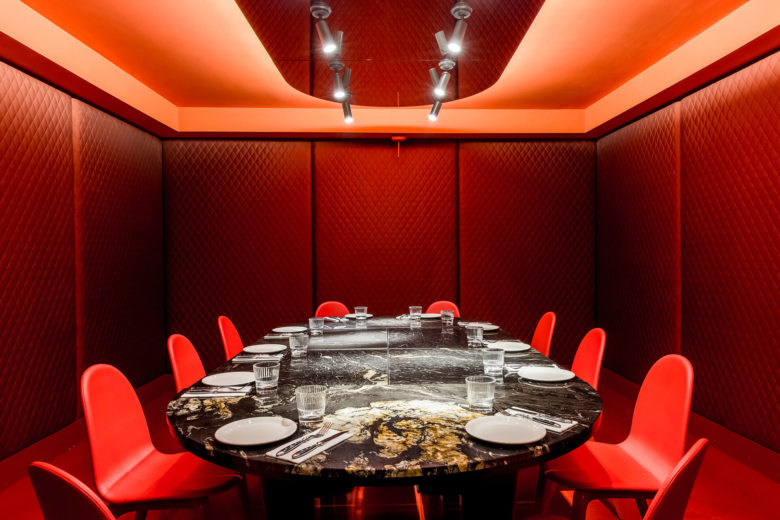 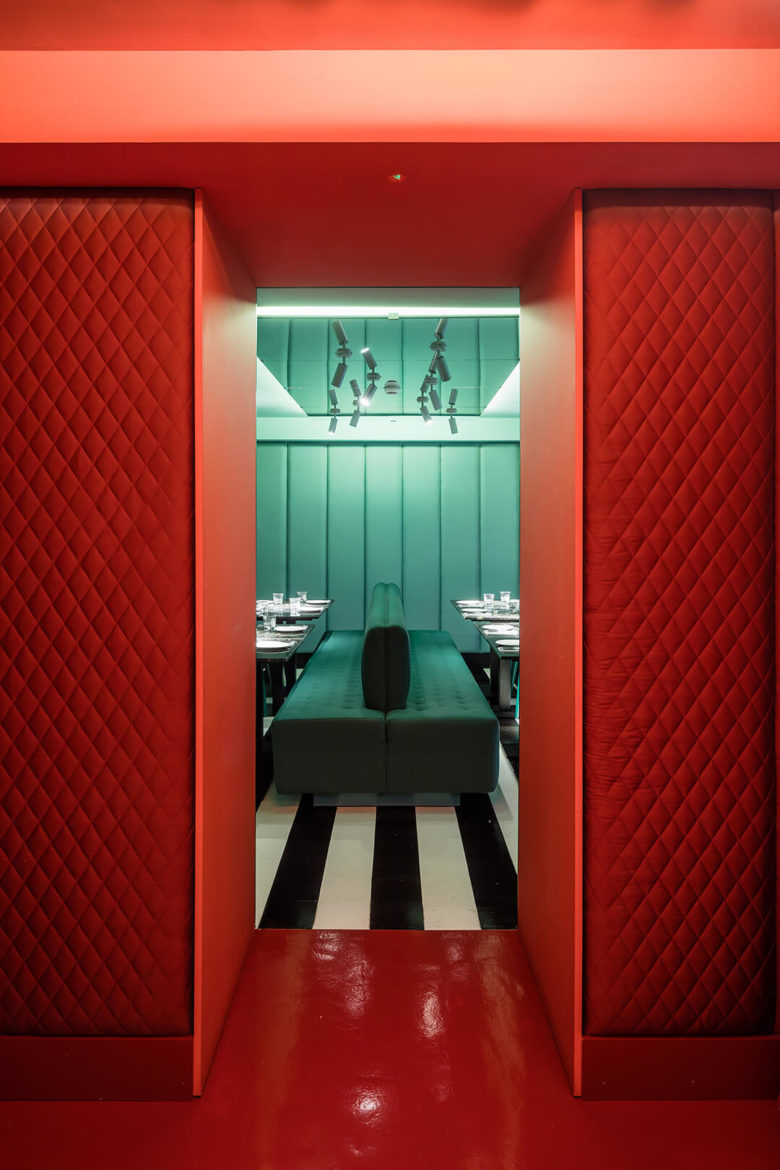 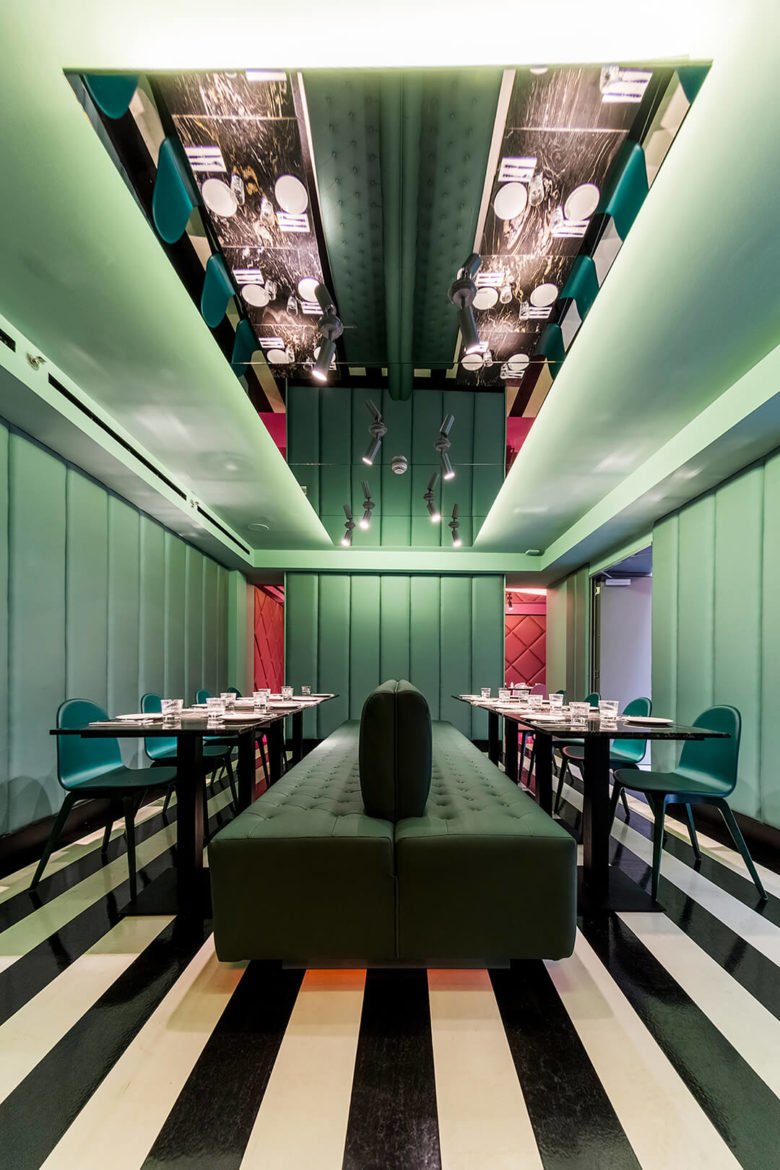 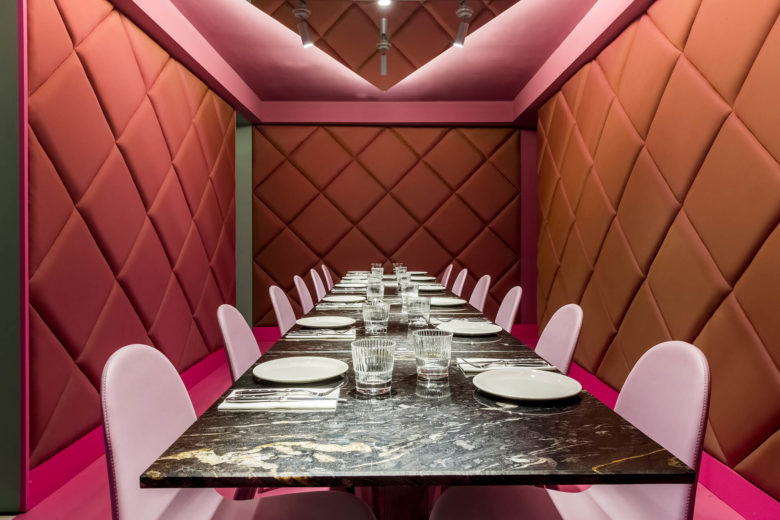 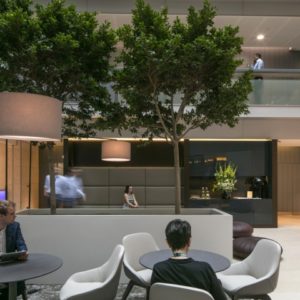 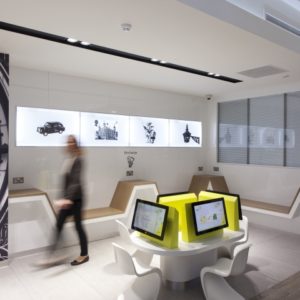 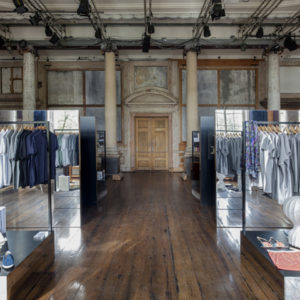 Felix & Frame pop-up store by i29, Amsterdam – The Netherlands by retail design blog 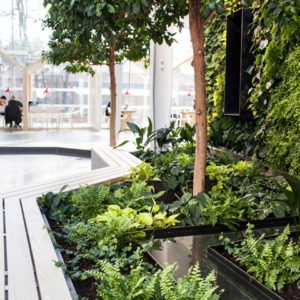