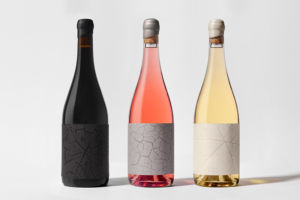 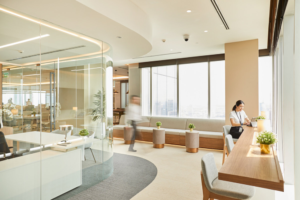 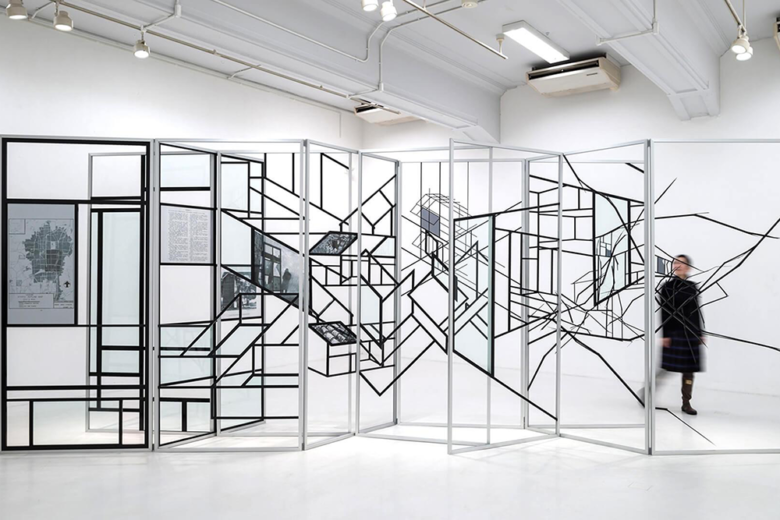 Japanese artist Yusuke Kamata uses the simple device of the frame to construct intriguing installations that puzzle our notions of perspective. Having trained to be a painter, Yokohama-based Kamata confesses that he does tend to think of himself as one. Whereas a painter normally uses picture frames to ‘contain’ art, though, he uses frames to ‘free’ art.

How did you arrive at the idea of making installations with picture frames?
At university, I practised painting and studied its history. While searching for something new in painting, I realized that everything had already been done. So I shifted my focus and tried to understand its nature – what makes a thing a painting? That led me to frames, which can be seen as defining elements of paintings. I then attempted to make a ‘painting’ without actually painting but by making a frame that looked as though it had been foreshortened in a painting.

Why the strange angles?
I was intrigued by the fact that in galleries and museums people view paintings only from the front. They hardly ever look at them from any other angle. Do paintings need to be seen frontally? How would they look if seen from other angles? Questions like these led me to distort the picture frame, which resulted in the destruction of the perspective that is a golden rule in classical painting.

Who or what inspired you?
A particular source is The Ambassadors, a 16th-century painting by Hans Holbein the Younger that hangs in the National Gallery in London. Two ambassadors are portrayed in all their worldly pomp and dignity. But on the floor is an odd object, unrecognisable when you stand right in front of the painting. You have to view the picture at an angle to see the object resolve into a vanitas motif – a skull. I think it’s an incredible painting, and it gave me a new understanding of perspective.

And Cubism?
Cubism has also influenced my work. The Cubist painter struggled to show the various profiles of his subject from many different angles in just one painting. It’s like walking around a sculpture, but then in two dimensions.

Your installations are actually three-dimensional, as is each frame you use, even though we normally think of a frame as a flat object.
Yes. I wanted to eliminate the frontality of painting – to convey that the things we see have various perspectives and to prove that there is actually no ‘front’. In one of my works from 2009, I tried to show 100 different perspectives. I made 100 cubic structures out of connecting frames. I made them using parallel, oblique, isometric and trimetric projections, and so on. These are all accurate perspectival approaches used for drawing 3D objects in 2D, but they appear to be distorted. My work is about a 100-dimensional space and not about the 2D world of painting.

Although the frames are accurately drawn according to the perspectives you mention, everything seems to be askew.
This is due to the thickness of the sides of each frame. In the real world, perspective makes a line that’s closer to you thicker than one that’s farther away. But I intentionally made some of a frame’s sides thinner in the front and thicker at the back to confuse the perspective. When you walk around inside these structures, however, you see no front or back anyway. Different perspectives are all cluttered within one space, which is what happens in reality when lots of people look at the same thing at the same time. There isn’t one vanishing point like you see in a painting. There are as many vanishing points as there are people. 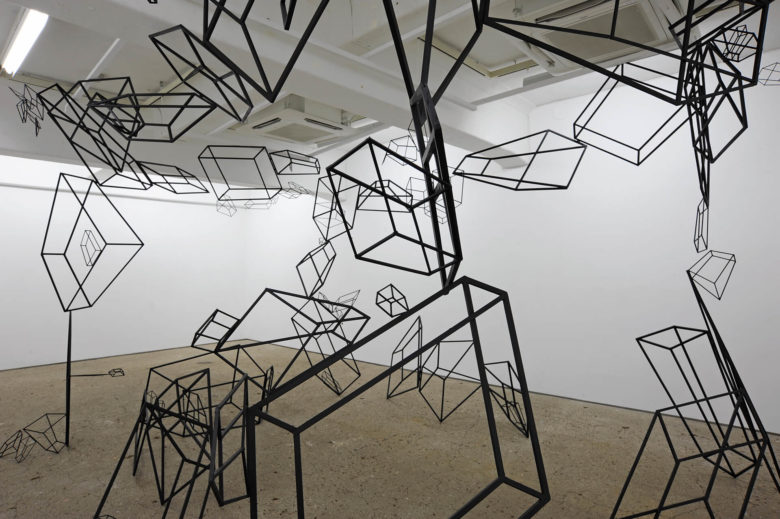 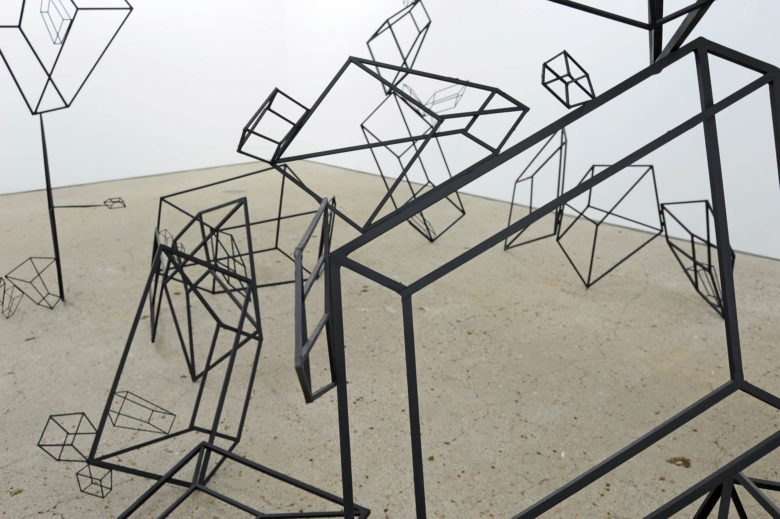 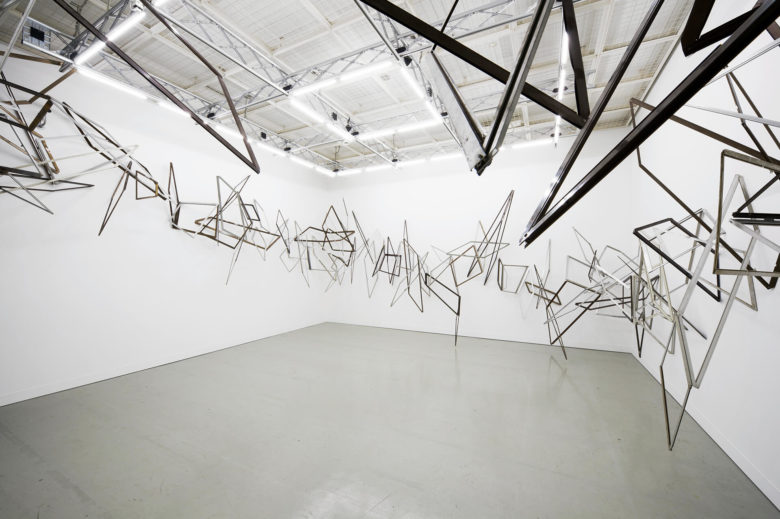 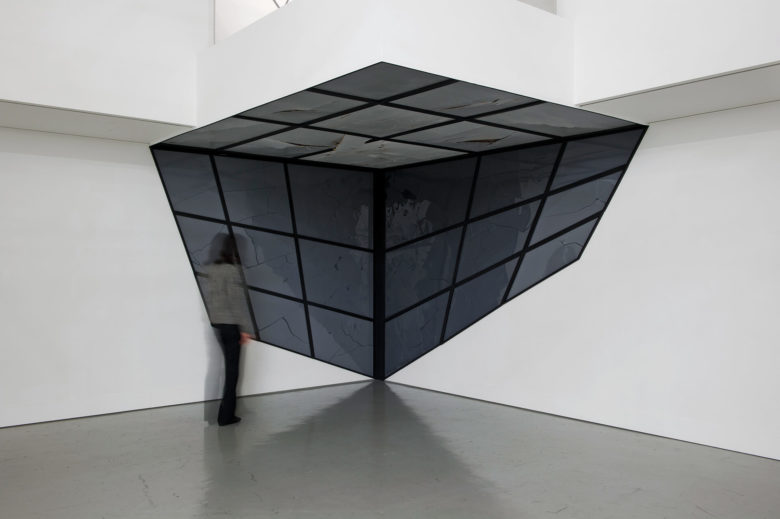 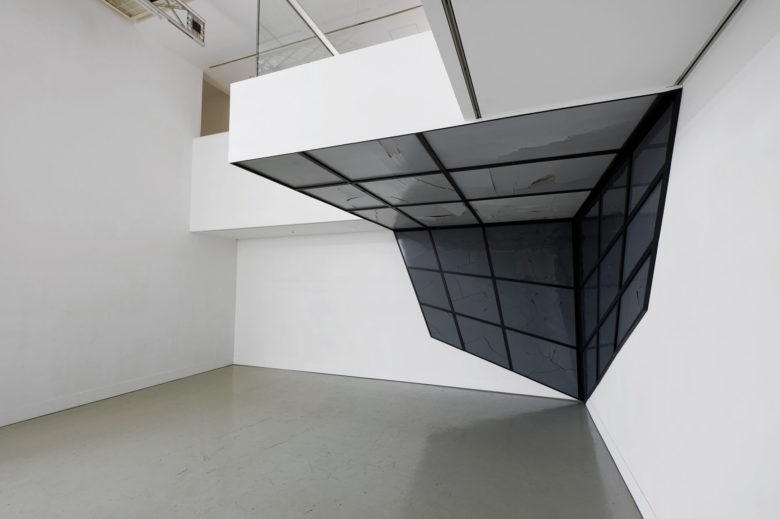 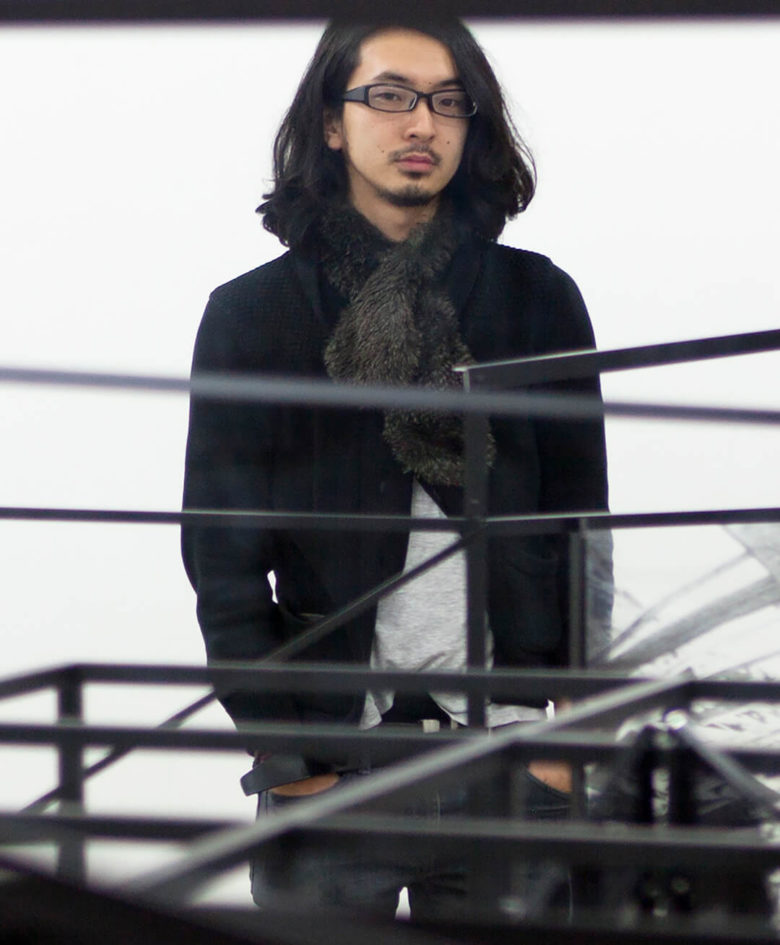 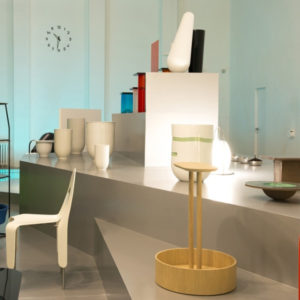 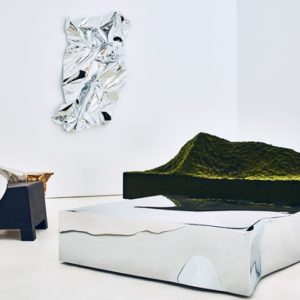 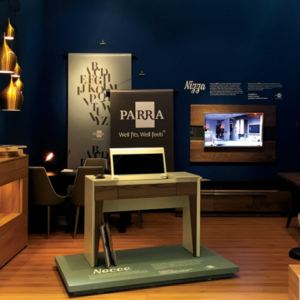 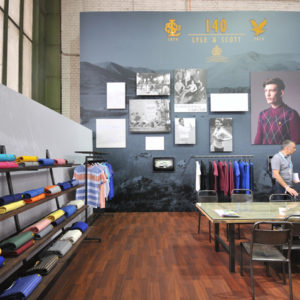