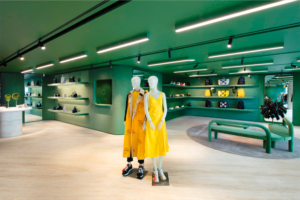 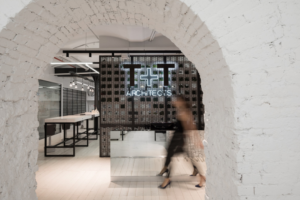 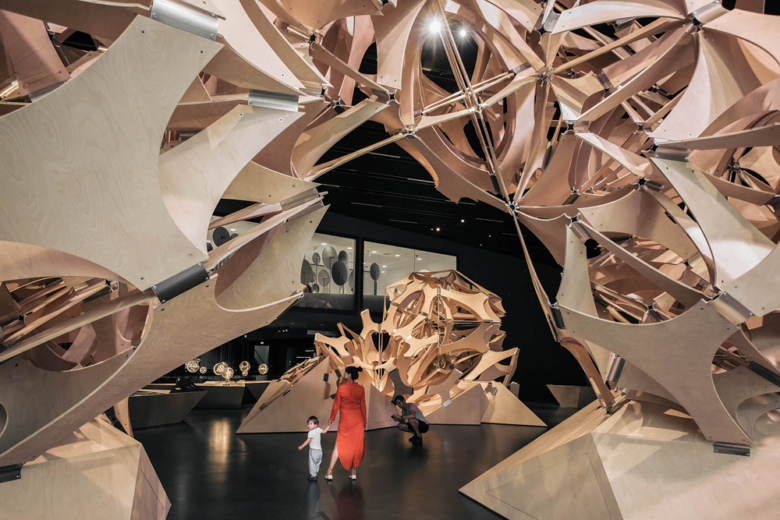 Futurium is a striking glass building built on the bank of Berlin’s River Spree. Opened earlier this month, the 8,000-sq-m Richter and Musikowski-designed museum is dedicated to the exploration of potential futures of different areas of life. Art+Com Studios, together with the institution and Schiel Projekt, developed three large-scale exhibition areas designated as ‘thinking spaces’ for prospective visitors.

The nature-focused space particularly stands out. Neo-Natur, an 8-m-tall wooden biomimetic sculpture, takes up the majority of the area. Built via a generative design process, it’s a work of technology-meets-craftsmanship that serves as a symbol of humanity’s ‘new understanding of the natural world’, according to Art+Com.

Art+Com looked to a principle authored by 20th-century German mathematician Ludwig Danzer to design Neo-Natur’s 16 modules­­, which are held together by 4,500 angle connectors. The principle, Danzer tiling, essentially describes the aperiodic pattern structure of quasicrystals. It’s one in which nature’s golden ratio occurs repeatedly; Neo-Natur’s floral pattern is defined by such geometry.

To make the complex construction of the arched form possible, Art+Com worked with Stuttgart’s ArtEngineering team. A 3D model of the sculpture was developed for an augmented reality application, which made every piece and perspective viewable with a HoloLens. The build team from the art department of Studio Babelsberg then used that system to ensure each element was connected precisely.

The work behind Neo-Natur communicates the same message as that of its surrounding displays: that technology and nature harnessed in unison can lead to highly humanistic design. 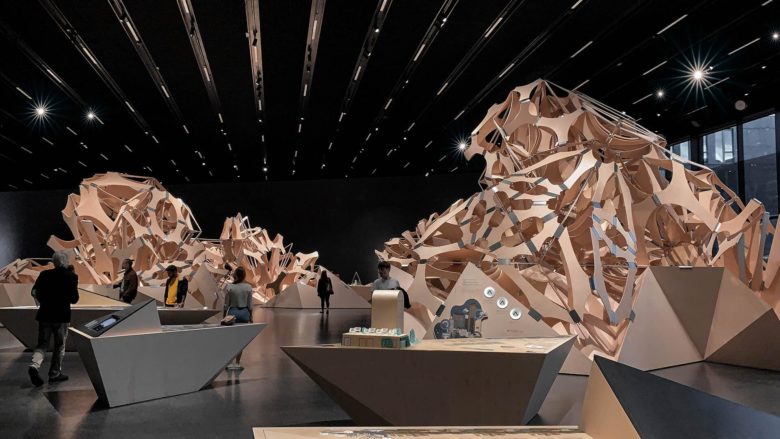 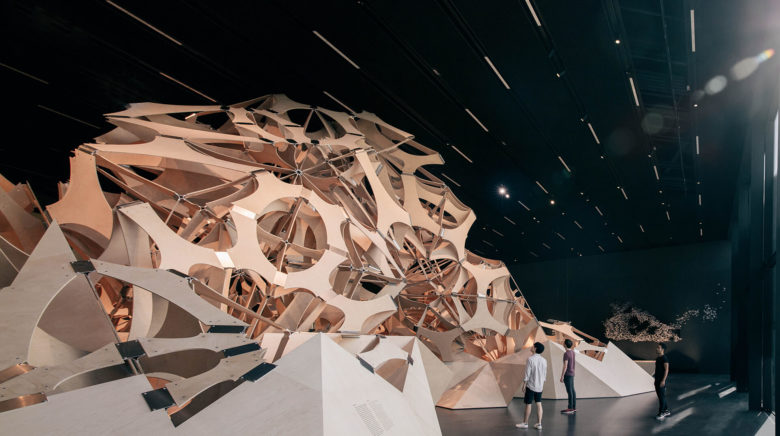 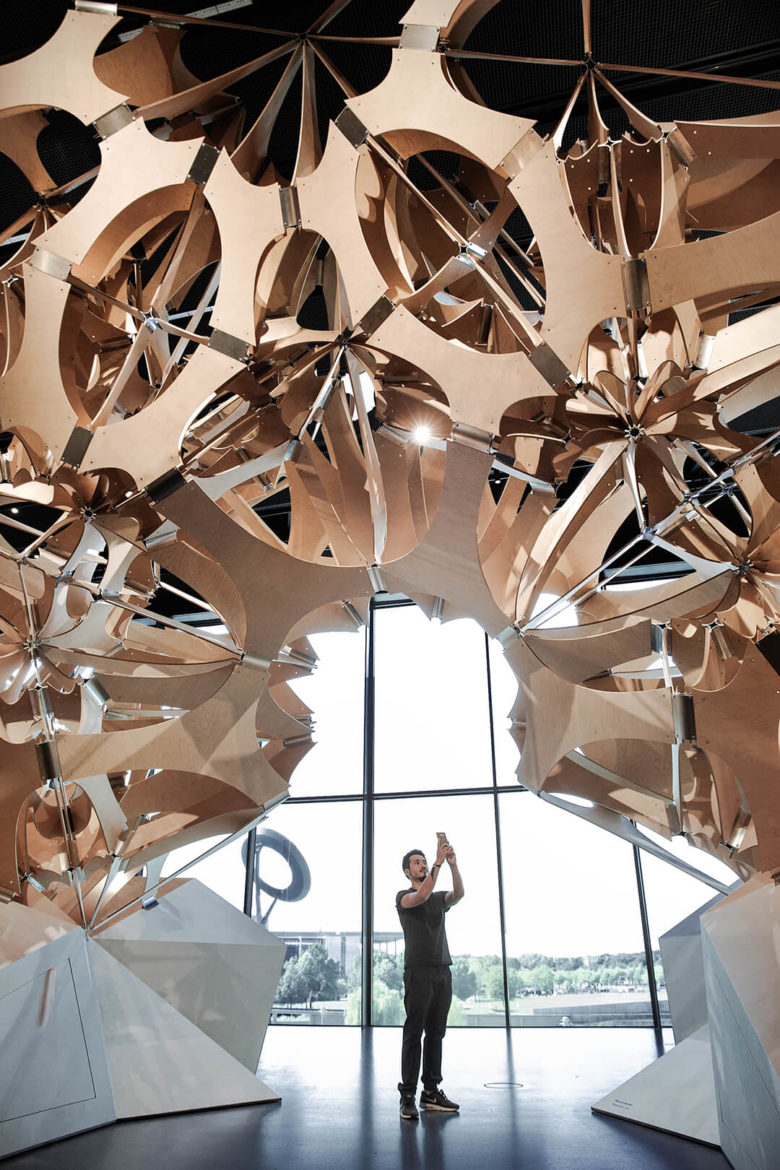 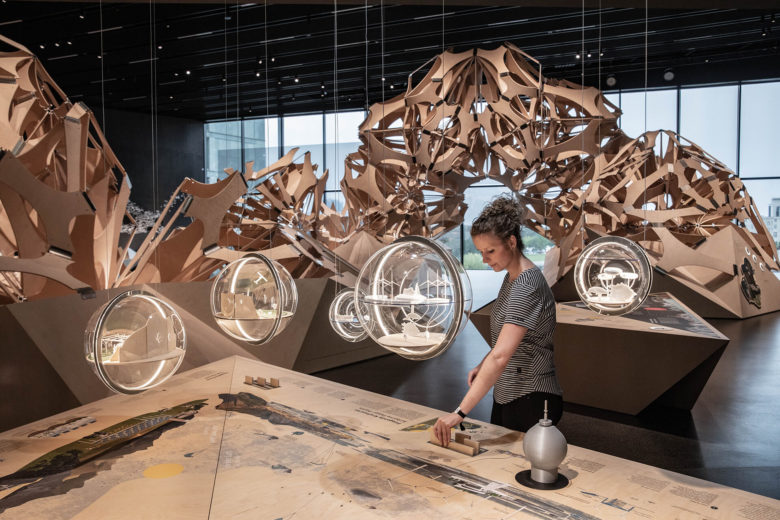 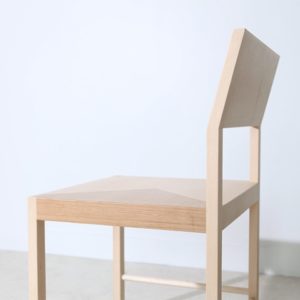 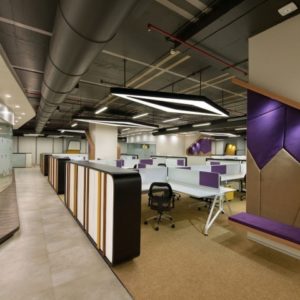 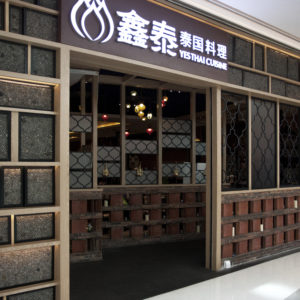 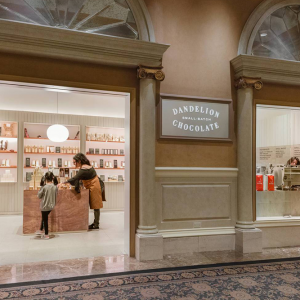