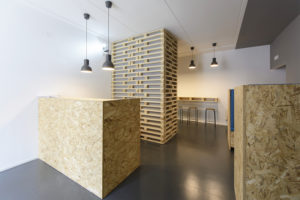 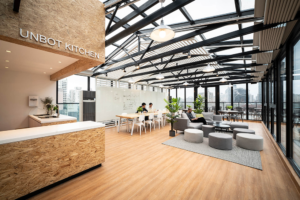 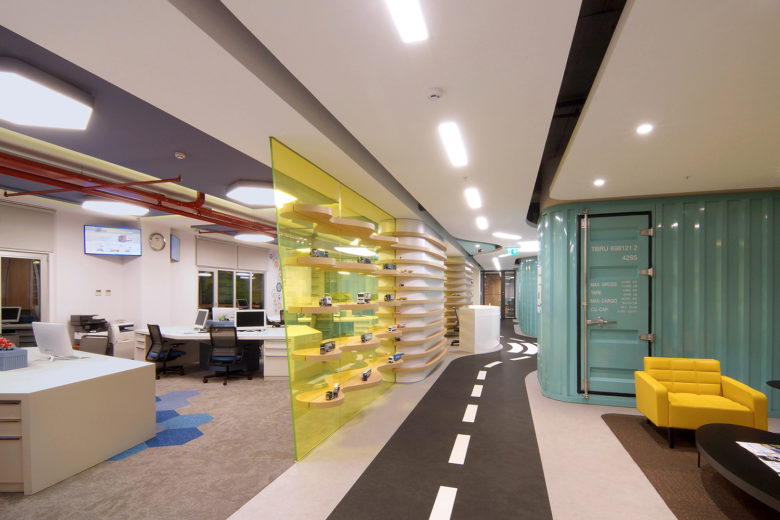 Transbatur office project is located in Beylikdüzü – Istanbul within an area of 500sqm. The office was designed for an international logistic company who has a staff consisting of 30 personnel. Starting from their fields of bussiness, the interior concept was designed related to the logistic ideas. So we have adapted the road’s and container’s identical forms & material into the entrance hall’s interior space. Additionally the curvy shelves in the entrance hall which are supported by the transparent glass have been designed for the exhibition of miniature tracks.
The general layout plan was designed as the combination of open office and private rooms. The “operation of import & export” departments are designed into open office space. 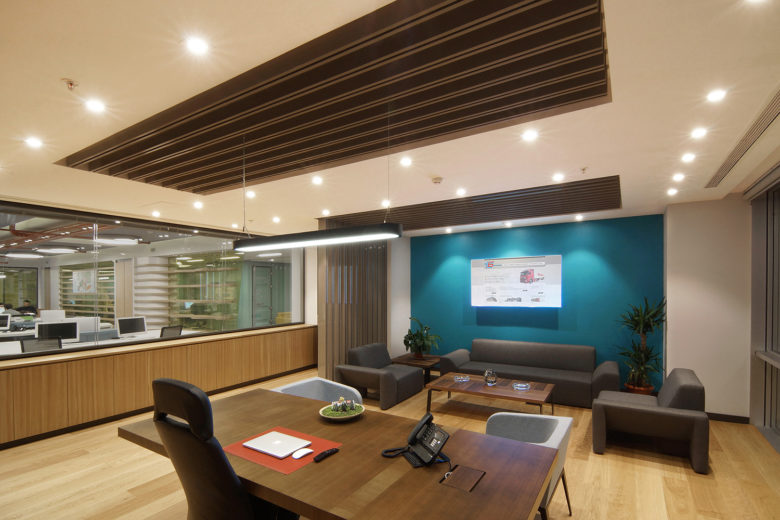 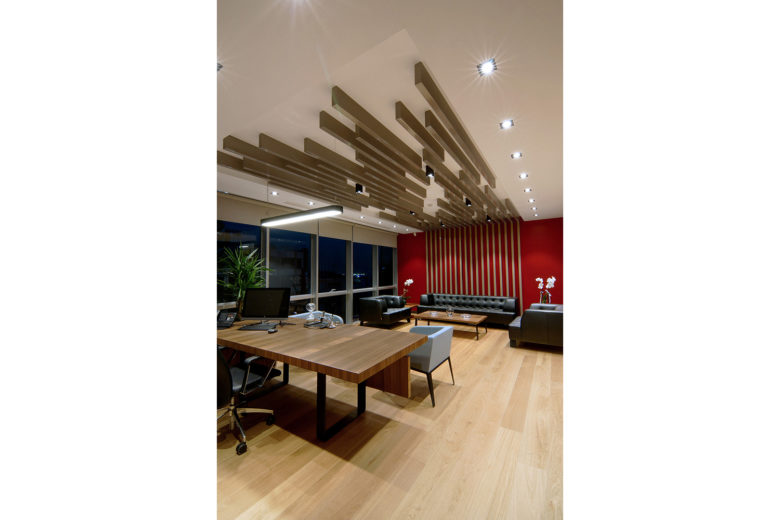 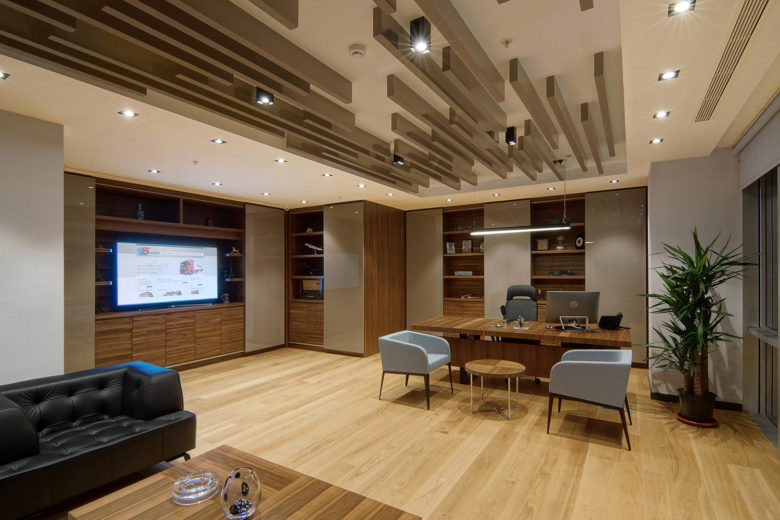 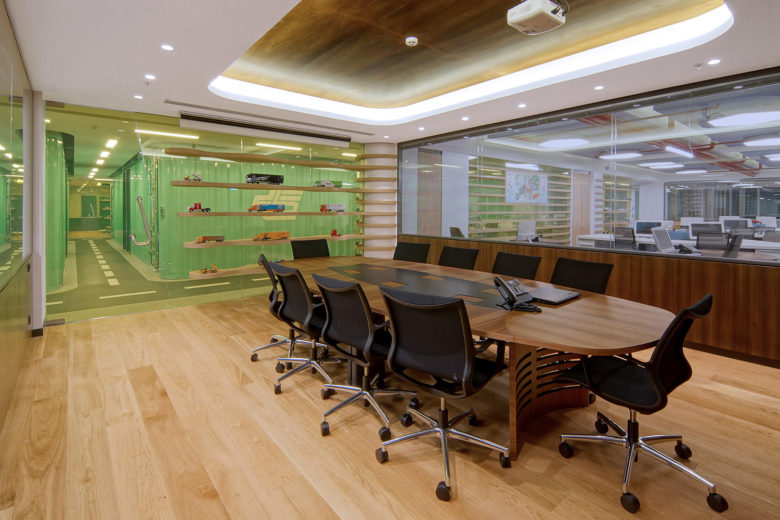 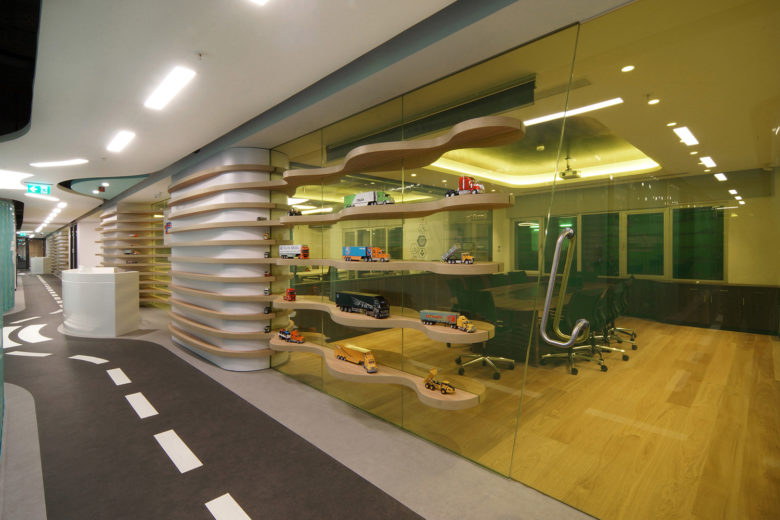 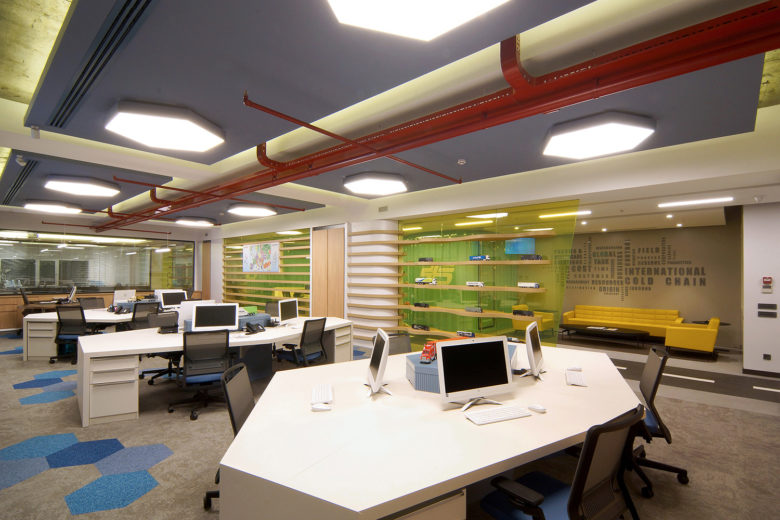 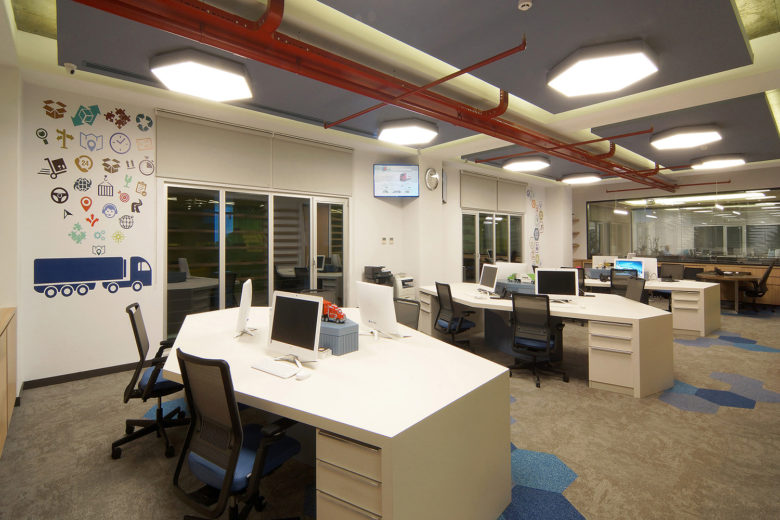 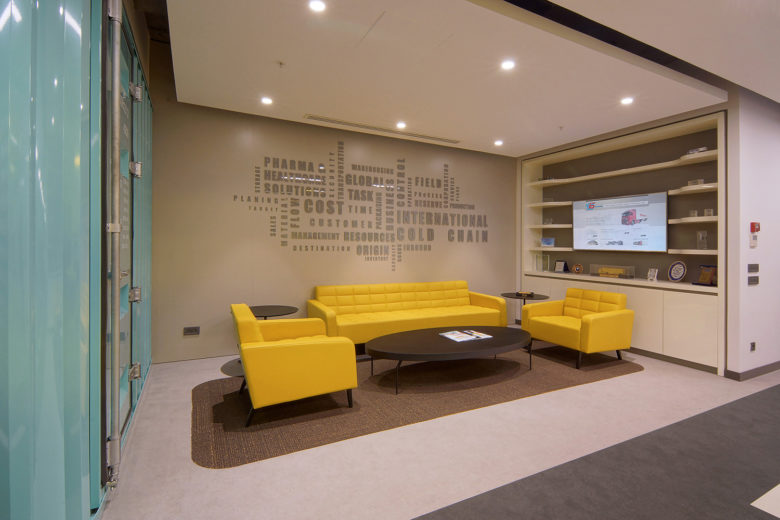 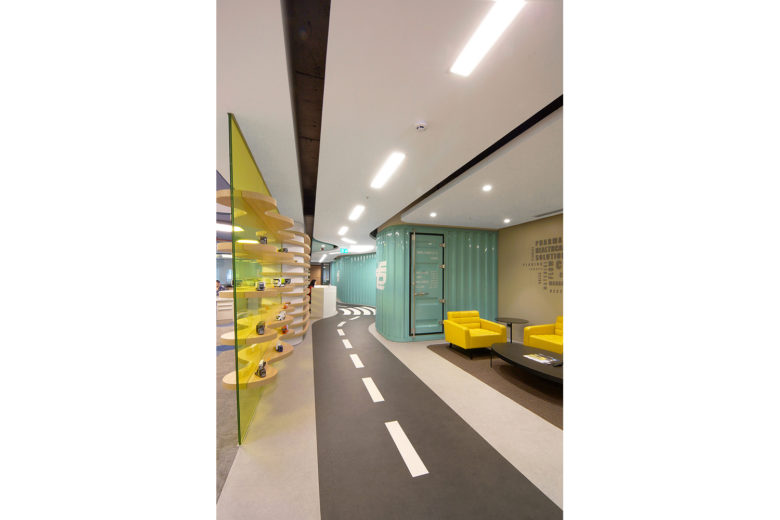 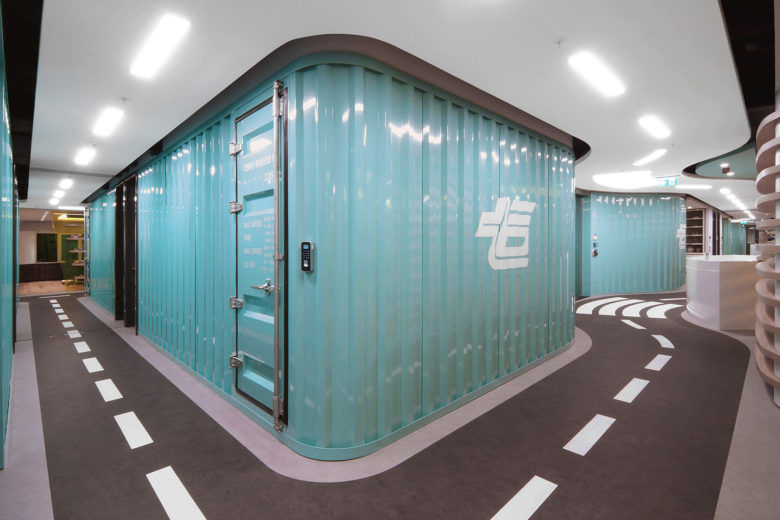 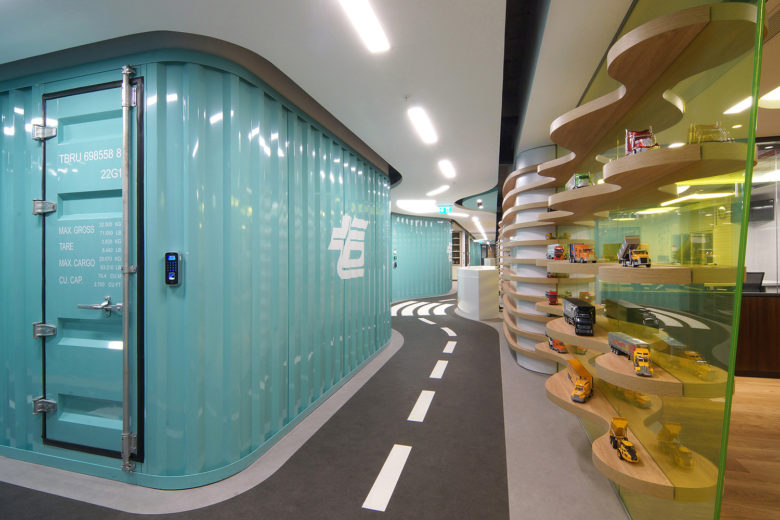 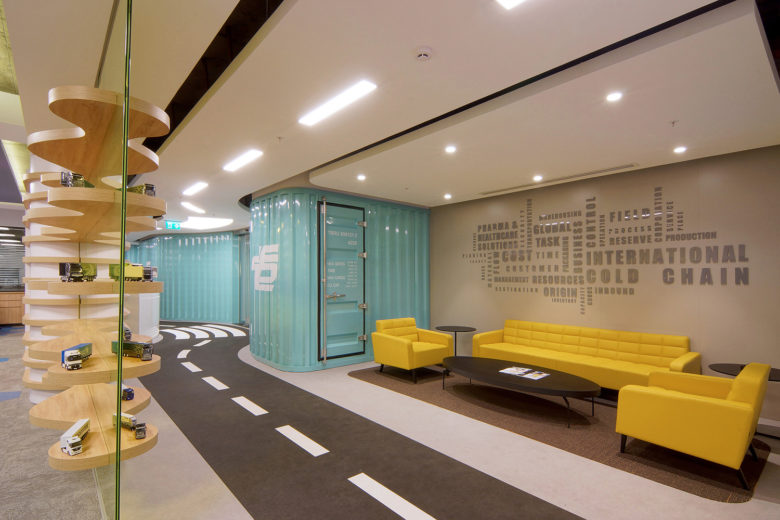