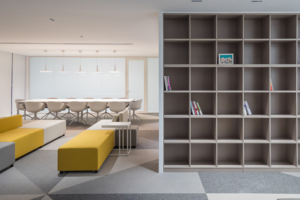 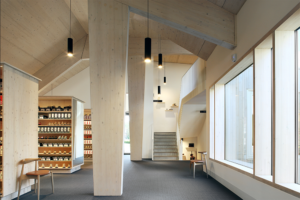 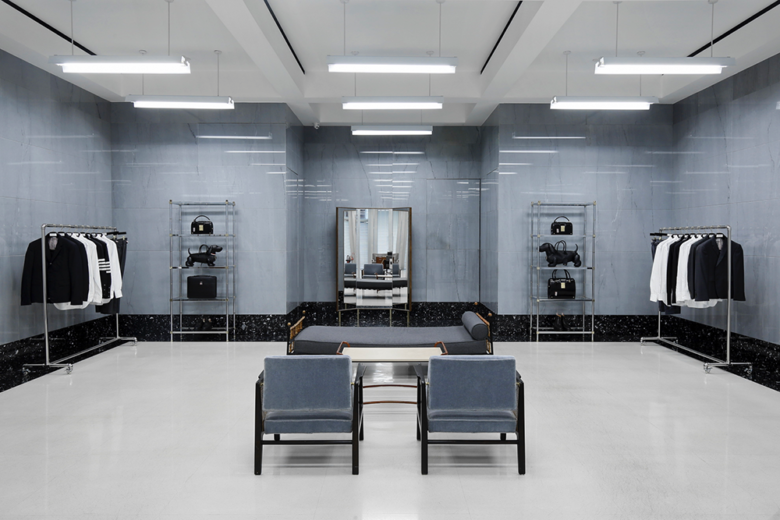 With only a handful of boutiques in key cities around the globe, L.A.‘s discerning fashion crowd lacked its own Thom Browne boutique for quite some time. Well, that’s now a thing of the past. The New York City-based tailoring brand has recently planted a flag in the city, and quite interestingly, not in the gilded shopping grounds of Beverly Hills or West Hollywood, but instead across town at South Coast Plaza in Costa Mesa. Known as a hub of luxury brands in this part of the megalopolis, the Thom Browne store occupies a 150 sqm. (1,615 sq.ft.) unit set across two floors, featuring the similar specific design codes as the brand’s other retail spaces. Created by Milan-based architecture practice ASA studio albanese, the design concept blends cues from Leonardo da Vinci‘s famous drawing Vitruvian Man, which represents ideal human proportions, Italian interbellum architecture, and arguably most evident, American office spaces of the 1950s. The store is marked by an ‘outer shell’ of aluminium and glass, combined with sleek metallic blinds, and which is paired with indoor walls predominantly clad in polished grey marble and flooring of white marble with black bands. Furnishings have been carefully sourced, and include original pieces of American and European designers from the 1950s and 1960s were recovered, such as Edward Wormley, Paul McCobb, Jacques Adnet, Maison Jansen, and Pierre Jeanneret. The pieces are mixed and matched with custom-made furnishings, all created in a compatible style. Lighting is strictly functional, comprising of tubular lights, but it’s suspended in such a way, they fully complement the chosen aesthetic. The new Thom Browne store carries the brand’s full range of men’s and women’s apparel, shoes, accessories and eyewear. 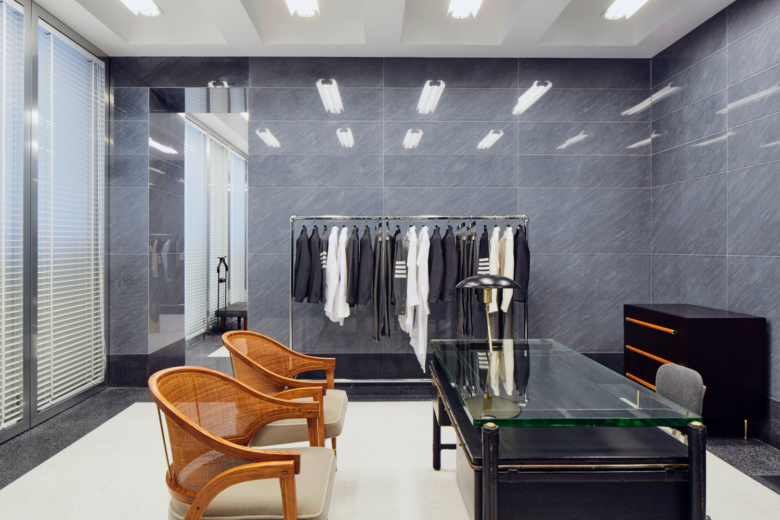 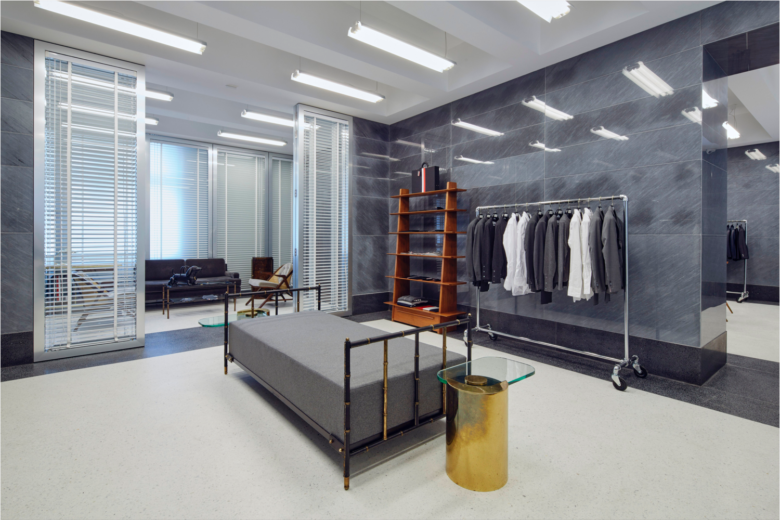 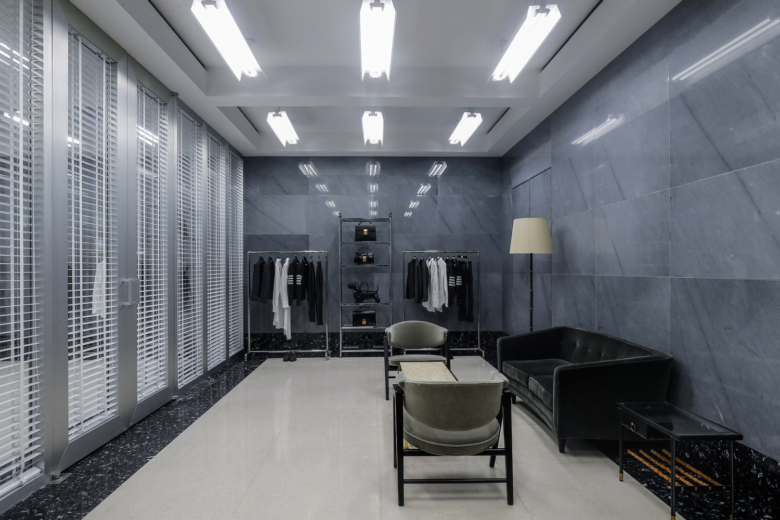 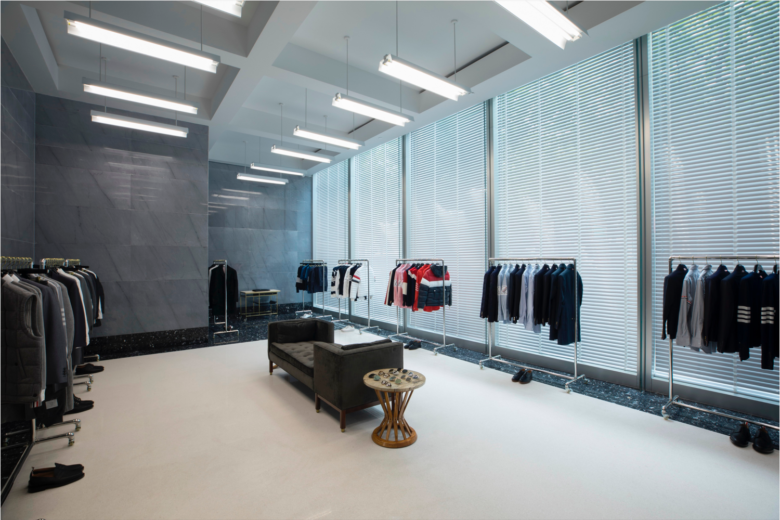 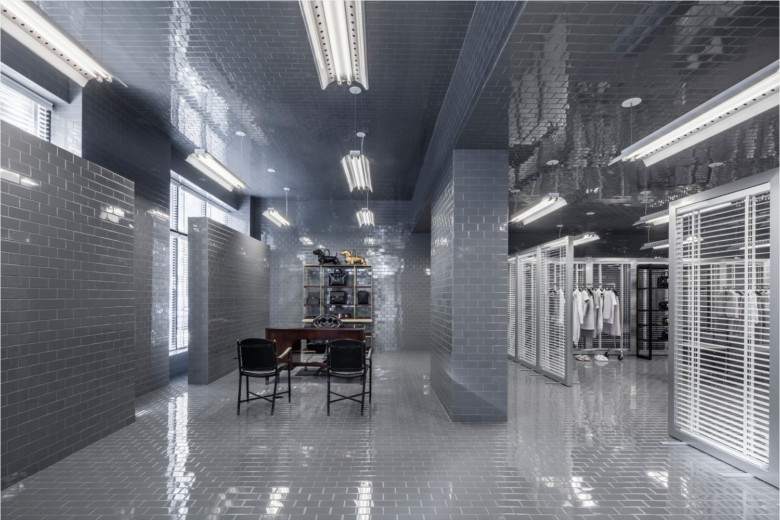 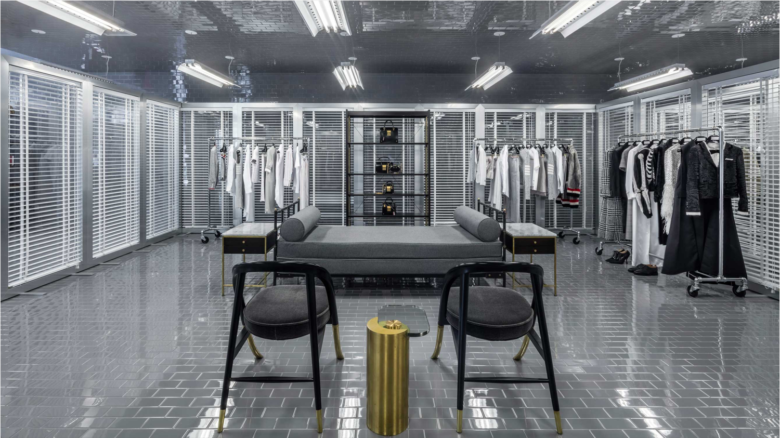 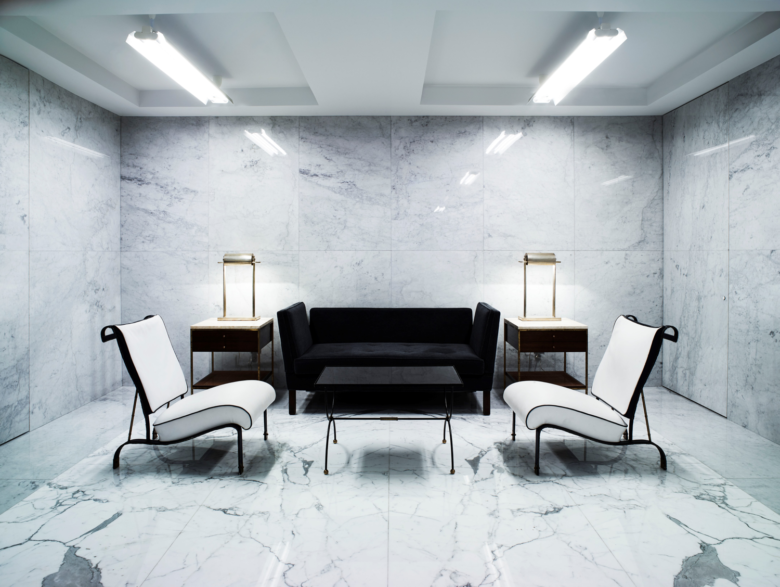 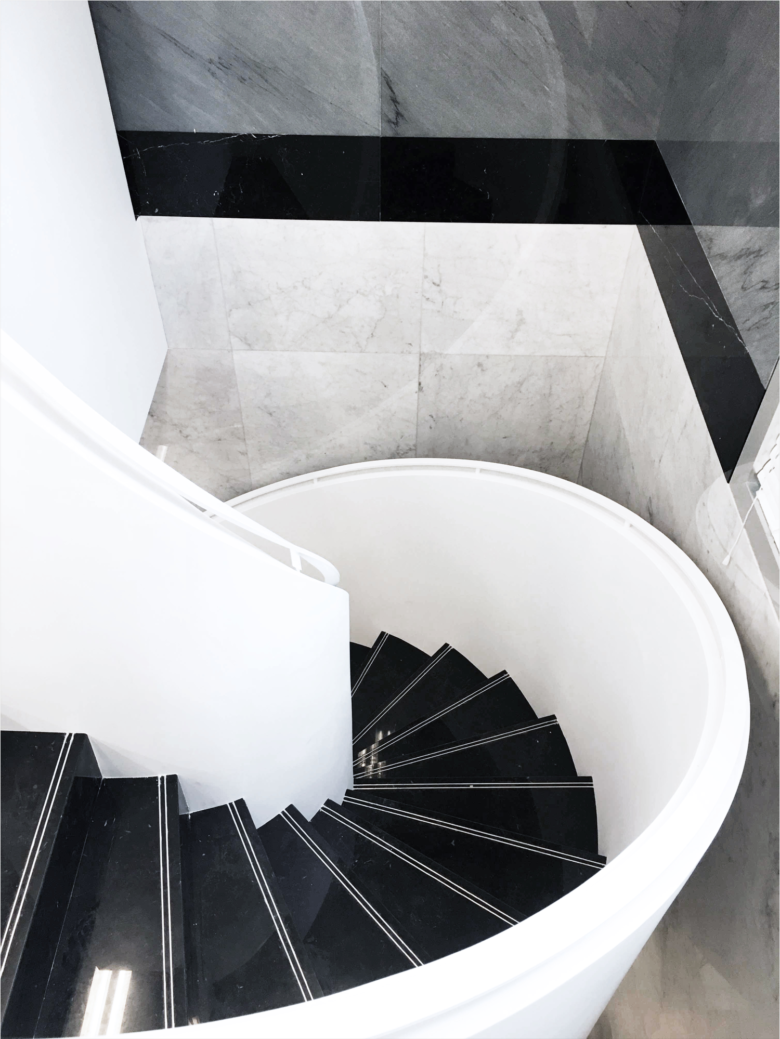 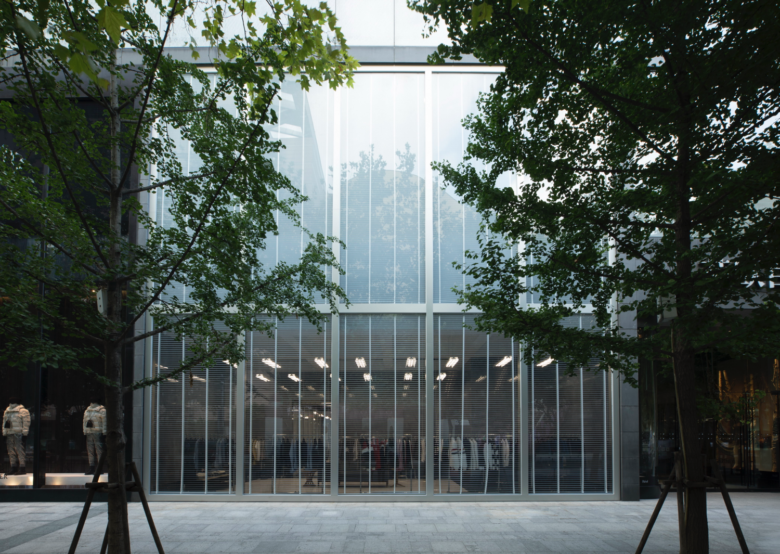 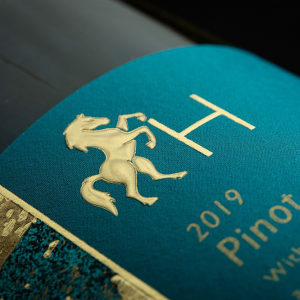 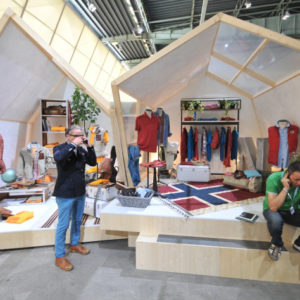 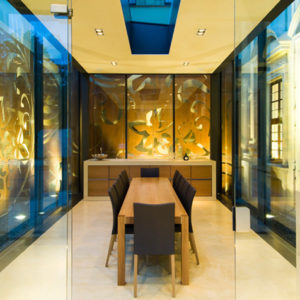 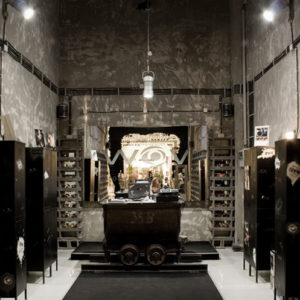