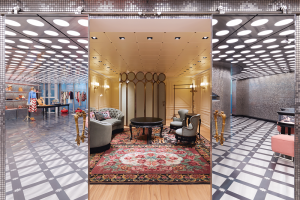 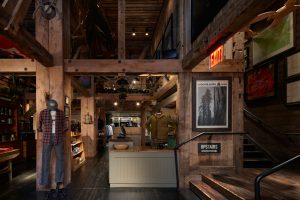 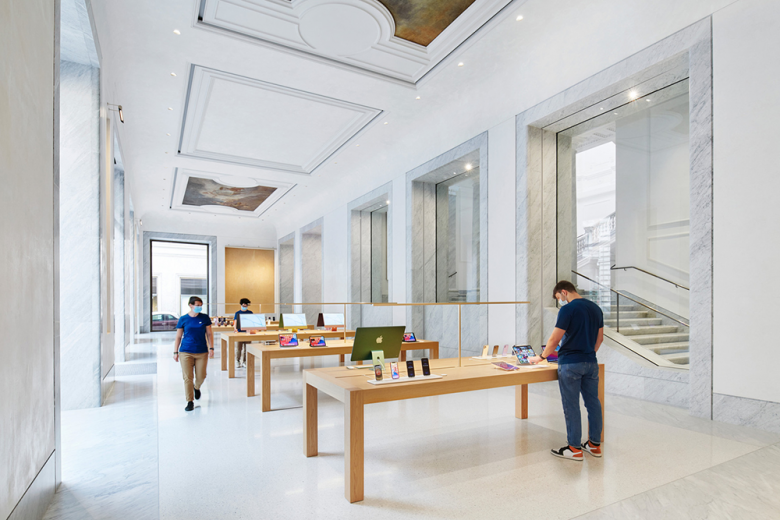 Last week, Apple opened its largest store in Europe, housed inside Rome’s 19th century Palazzo Marignoli. Designed by Foster+Partners, Apple Via del Corso celebrates the historic building by revealing its 1890s murals, frescos, and graffiti works from the 1950s, hidden from view for decades. The project creates a juxtaposition between the historical layers, the artwork and the signature minimalist aesthetic of Apple stores.

Located on the site of a 16th-century convent, Palazzo Marignoli was built in 1870, following the design of architect Salvatore Bianchi. From 1890 to 1955, the building housed the famous Caffè Aragno, a popular meeting place for Rome’s writers, journalists and political figures. The project restores various artworks found in the former café space, incorporating them into the new store design, including two large ceiling paintings, Fabio Cipolla’s “Dawn” and Ettore Ballerini’s “Dusk”. The refurbishment project also uncovered and restored multiple graffiti panels created by Afro Basaldella, a contemporary of Picasso and one of Italy’s most important artists.

“The joy of the project was to peel back and rediscover the layers of history throughout the building and revealing its eclectic past, which ranges from the historic painted ceilings and the frescoes by Fabio Cipolla, both from the 1890s to the more recent graffiti artworks by Afro Basaldella. Palazzo Marignoli has seen so much throughout its history, and we feel truly privileged to be able to be part of its newest phase of life. – Stefan Behling, Head of Studio, Foster + Partners”

The project restores the Via del Corso façade and lines the arches and vaults of the central passage with Carrara stone matching the existing marble. The monumental staircase leading to the piano nobile was restored with its original marble detailing, while the previously built-over skylight was uncovered. Linking the different rooms of the first floor is a gallery opening up to a terrace, which the refurbishment project fills with vines and olive trees as a nod to Roman roof terraces. The interior courtyard remnant of the 16th-century monastery is doted with Camphor trees and offers a respite from the busy shopping street. Its historic lanterns were also restored using LEDs mimicking the candlelight they would have once provided. 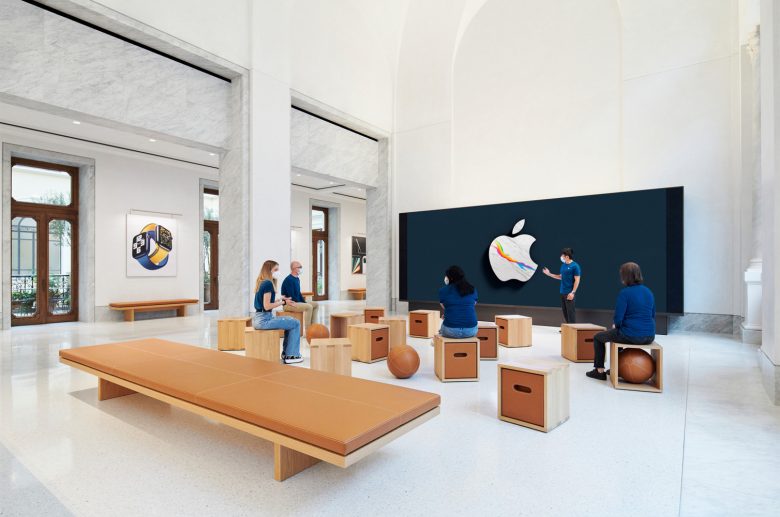 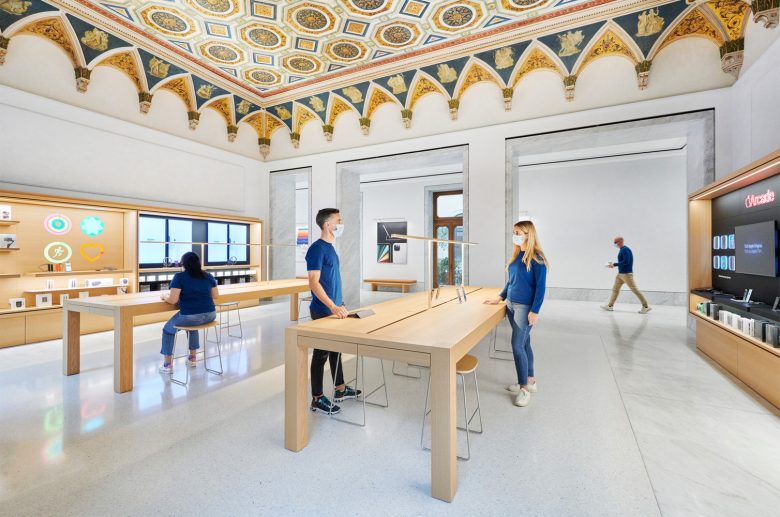 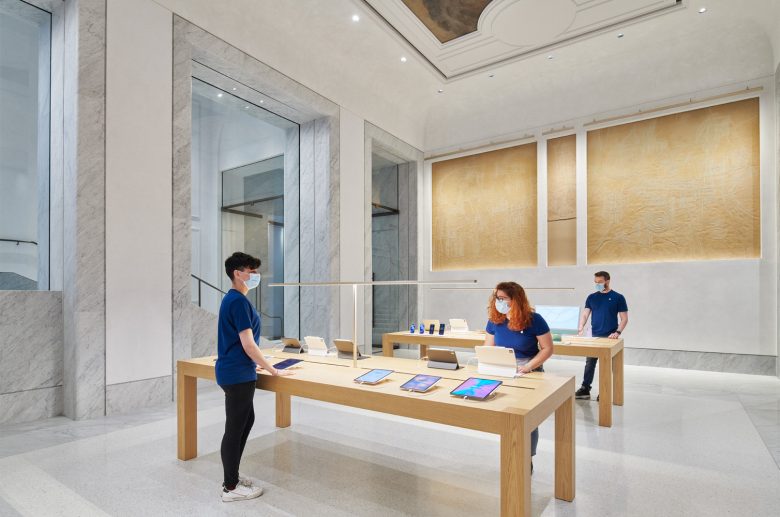 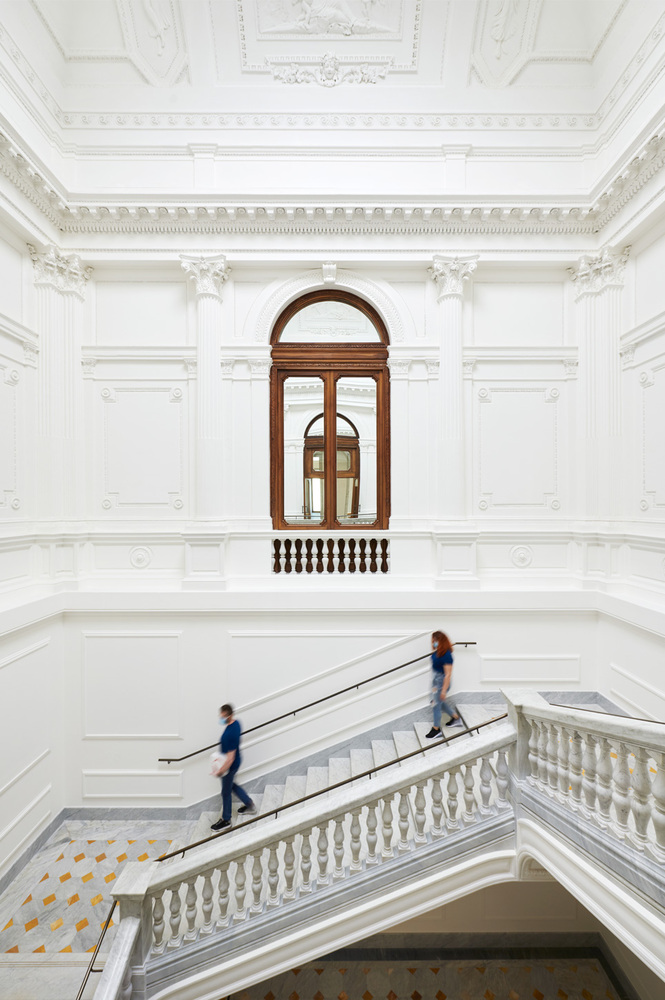 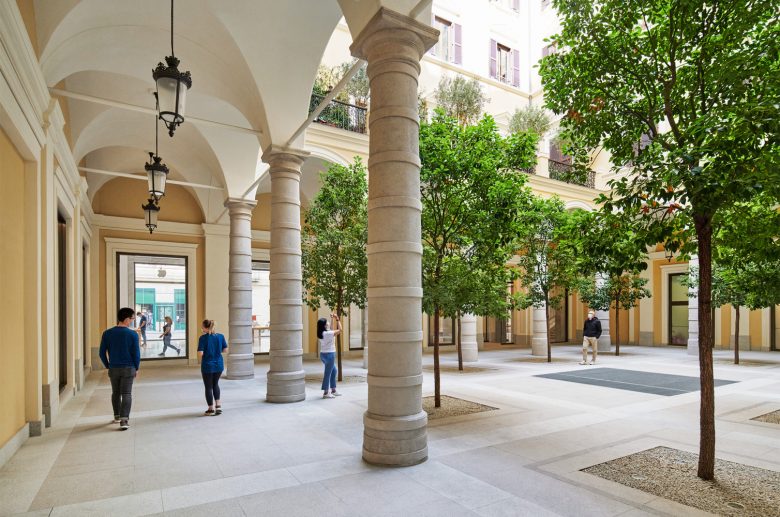 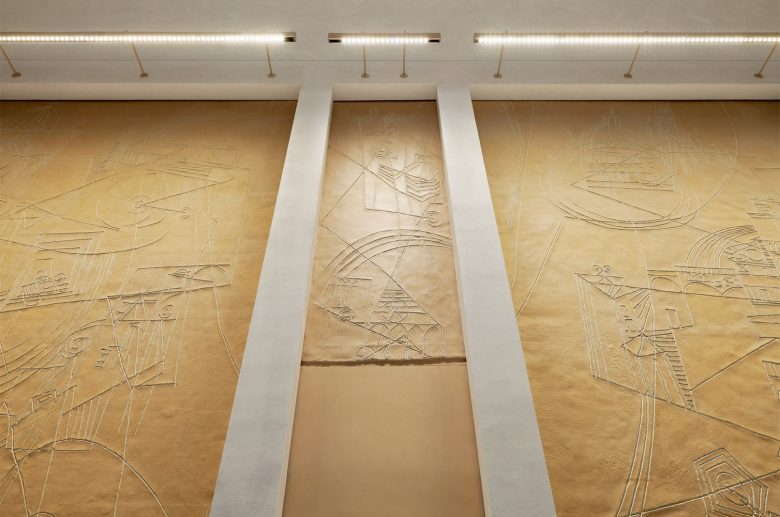 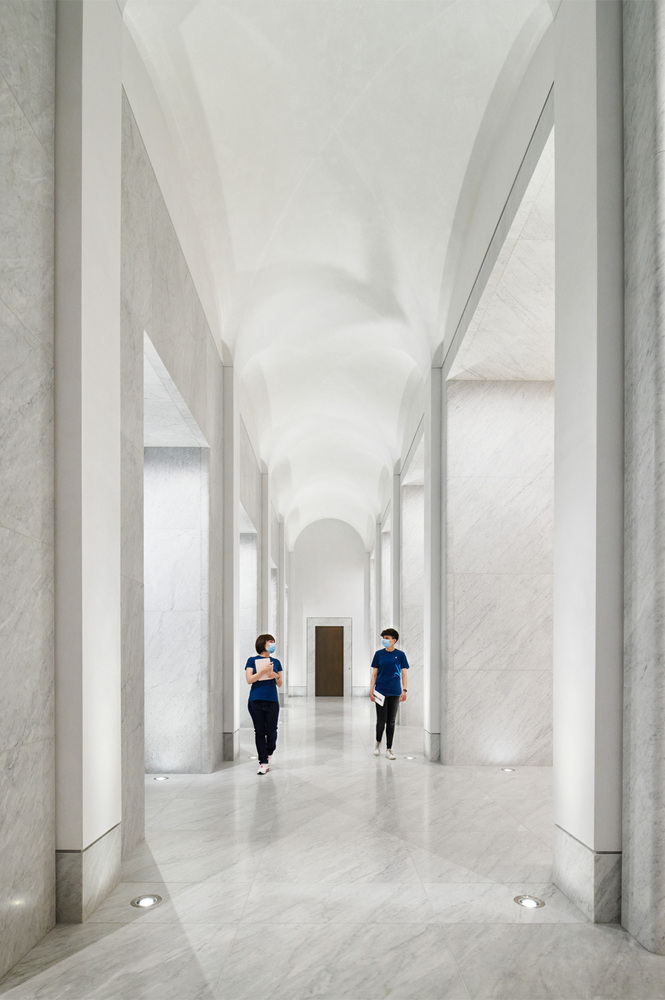 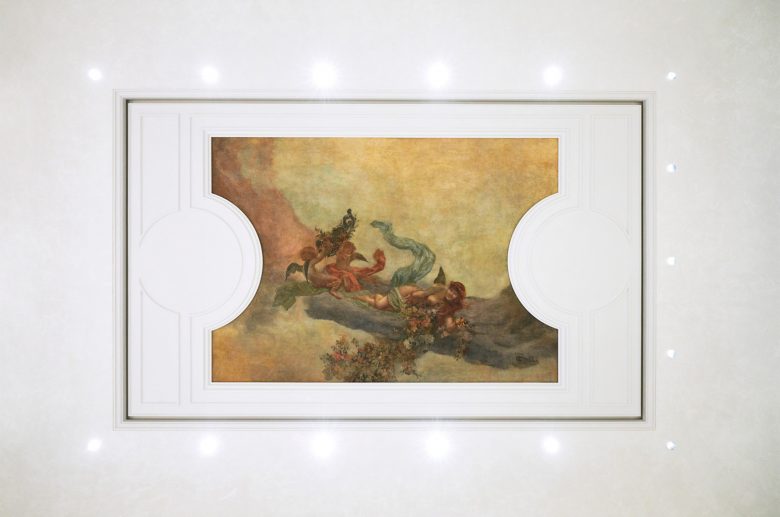 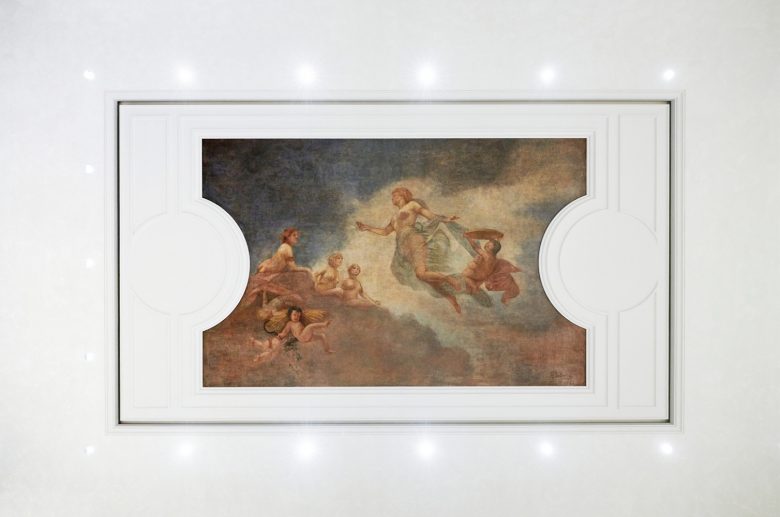 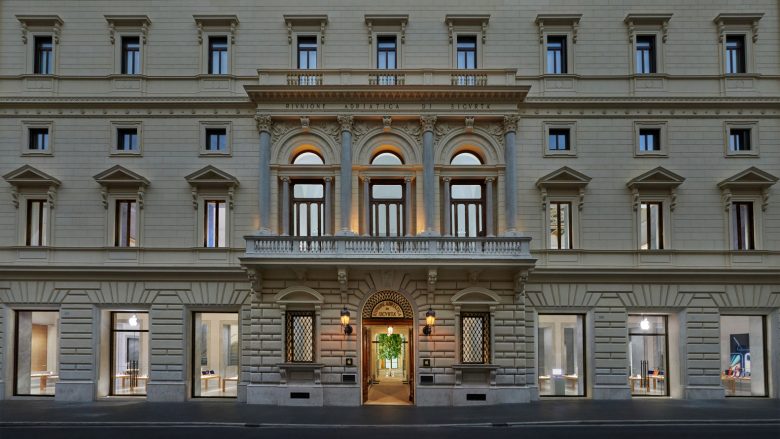 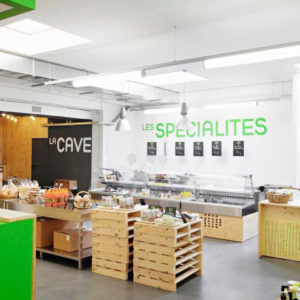 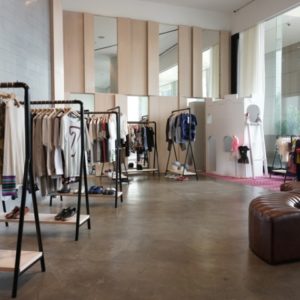 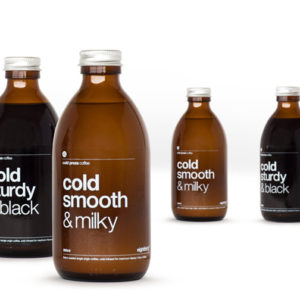 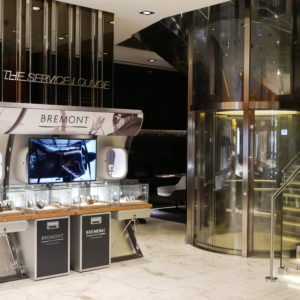