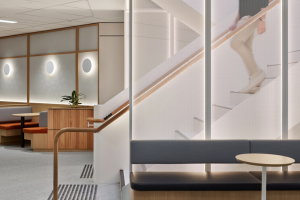 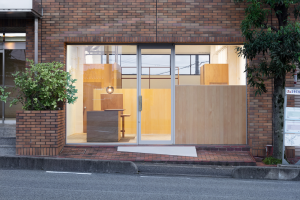 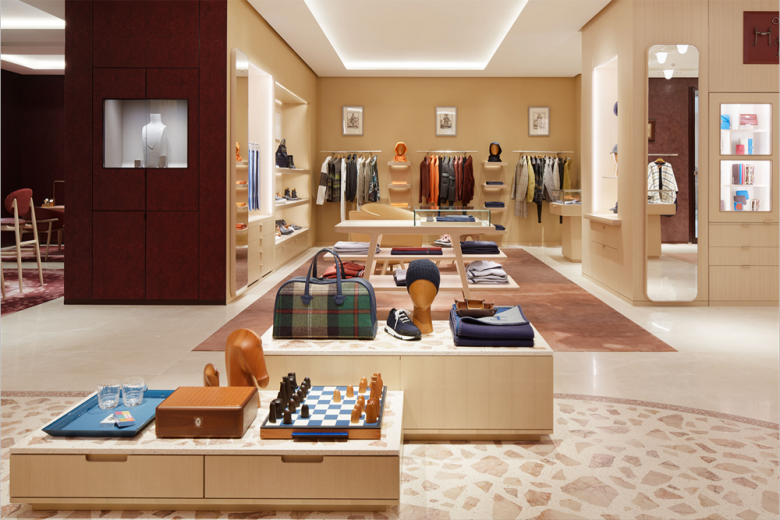 As one of the planet’s leading department stores, it’s essential for any self-discerning brand to have a presence at Isetan Shinjuku in Tokyo. Obviously, French luxury house Hermès has been present for many years, but as of late, it has revealed an expanded and revamped shop-in-shop on the premises of the department store. Designed by Paris-based architecture practice and longtime collaborator RDAI, the settings are inspired by the duality that’s inherent in Japanese culture, resulting in two spaces with contrasting themes—the one near the open entrance representing the urban hustle and bustle of the Shinjuku district, and the other, further in the back, capturing the serenity of a park. And although the overall design is more adventurous than most Hermès boutiques, it is quintessentially Hermès, oozing the subdued chic and poise it has become known for across the planet. Shoppers enter the premises, passing a façade clad in traditional Japanese Mino-yaki tiles, before entering the aforementioned ‘urban setting’.

Here, the terrazzo flooring and walls, and plenty of curves in the design stand out, all captured in a soft pink hue. Additionally, rugs have been added to the setting that poetically mimic city lights reflected in the rain, and both Takeshi Shikama‘s photographs that adorn the walls and the fitting rooms feature Kyoto textiles inject the design with more local touches. In contrast, the ‘garden’ section sees a more linear design and intimate nooks in a slightly darker palette of hues. As art and design are innately intertwined at Hermès, the shop-in-shop sees additional curated artwork intersperse in the various settings, featuring works by artists such as Gianpaolo Pagni and Jan Bajtlik. The renewed Hermès shop-in-shop carries an elaborate range of goods, including women’s and men’s apparel, accessories, leather goods, watches, equestrian gear, homeware, and fragrances. The window on Meiji dori sees an intricate installation designed by Zim and Zou, an artist duo based in Nancy. 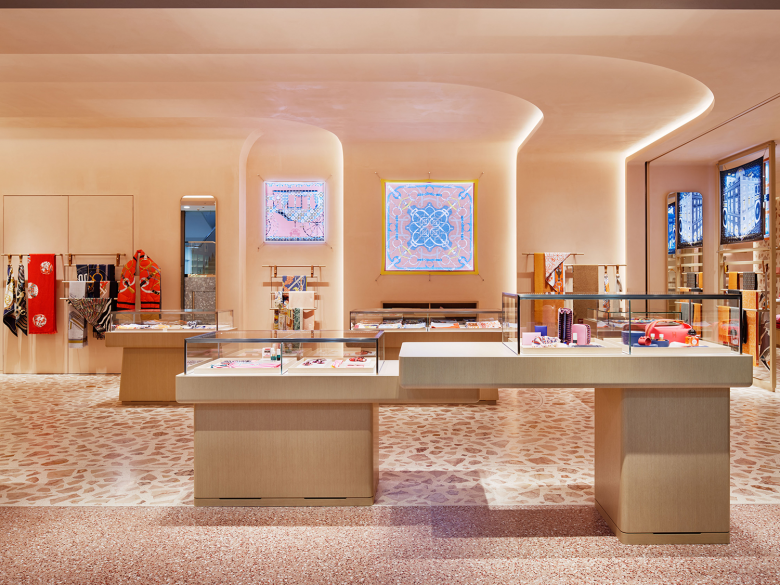 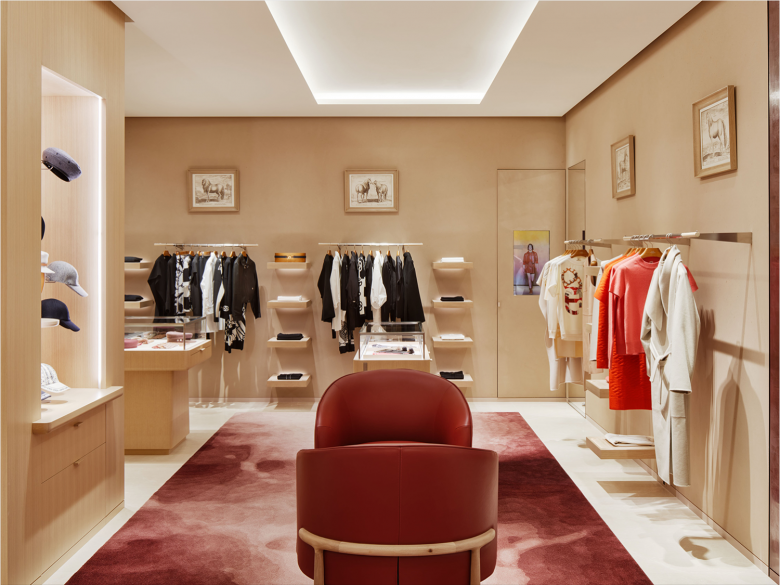 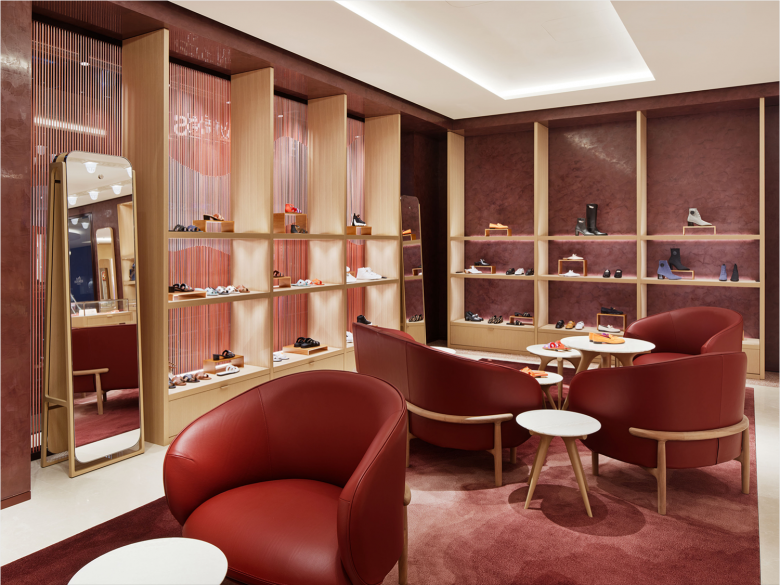 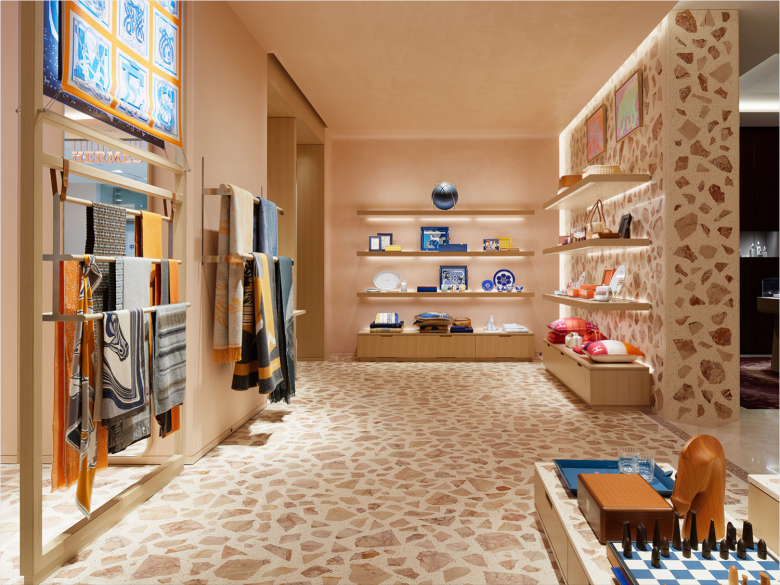 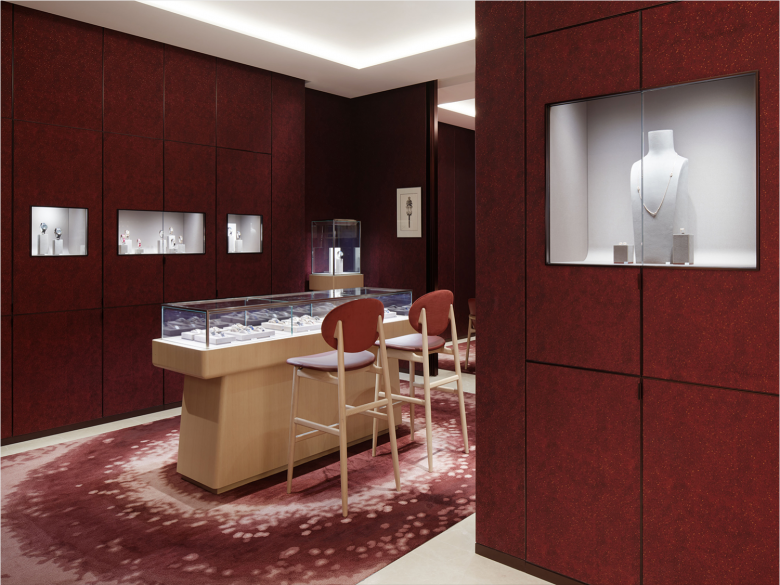 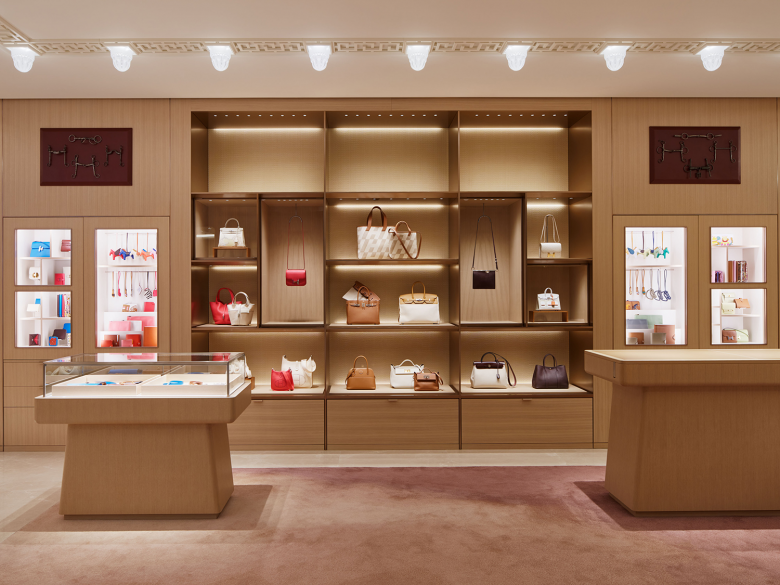 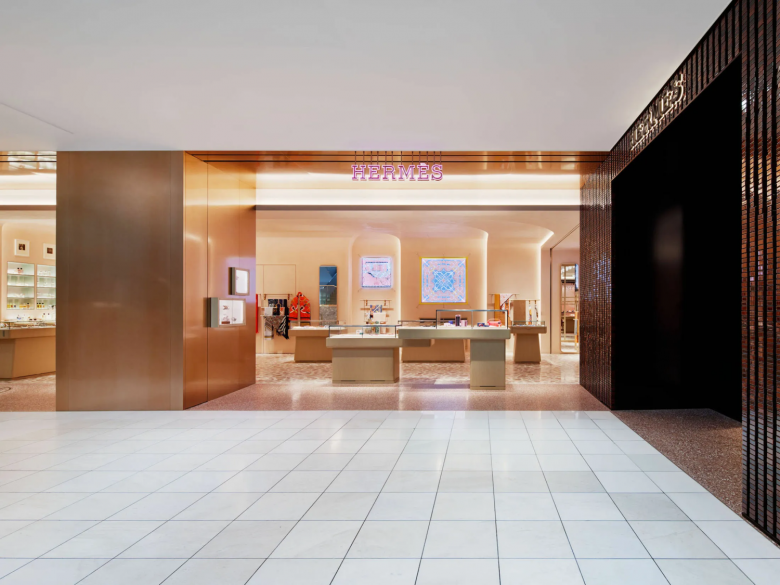 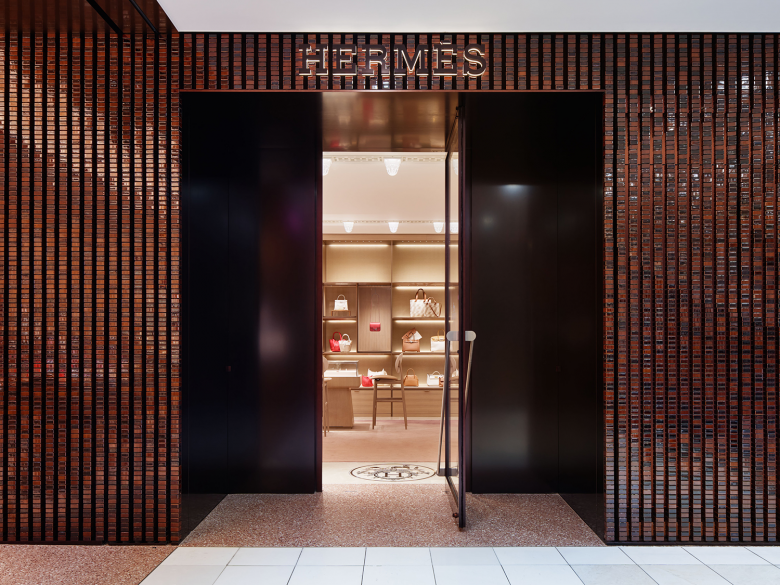 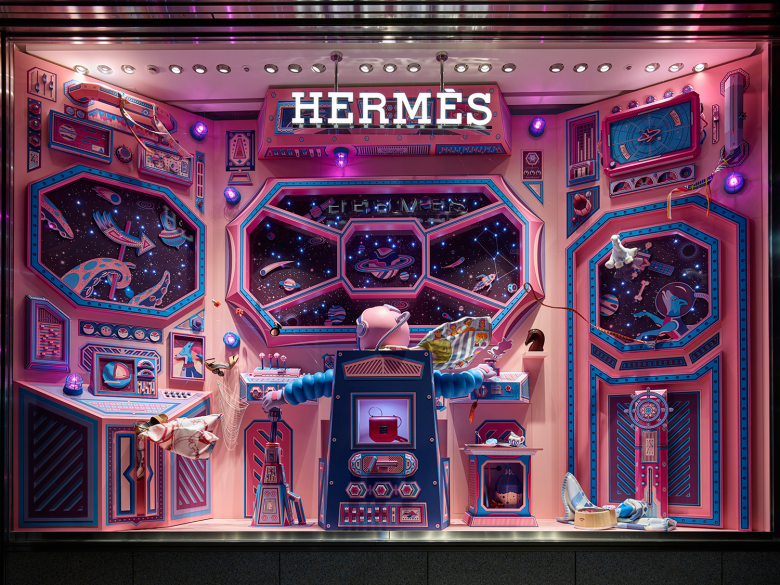 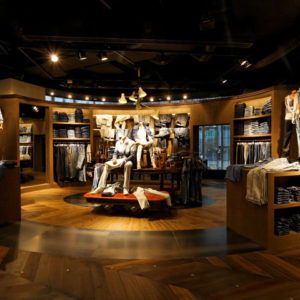 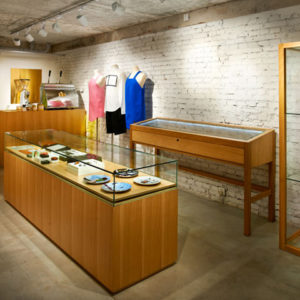 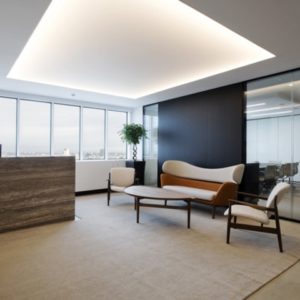 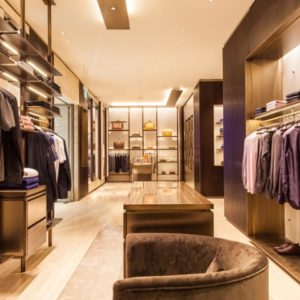