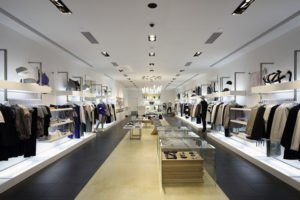 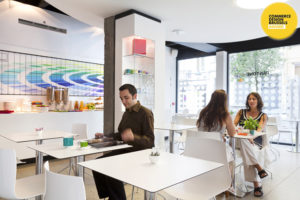 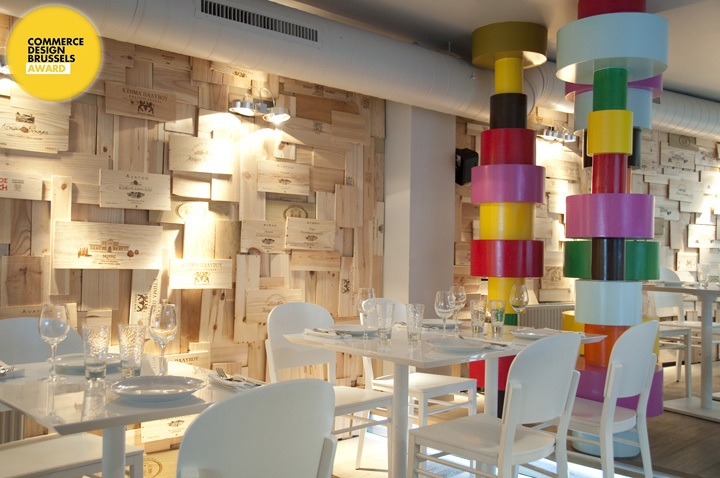 Greek restaurant Strofilia is located in a former wine storehouse and consists of three different spaces. The first dining-room, redesigned by Delacroix & Friant, is a completely white space, spiced up using design furniture, wooden wine cases as wall coverage and coloured ‘totem poles’. The room in the back is decorated in the traditional Greek manner with brick wall and original wooden details and furniture. After dinner, guests can relax in the 17th century brick basement. The Commerce Design Award has been launched in Montreal (Canada) in 1995 in order to stimulate local merchants to invest in the furnishing of their commercial spaces with the assistance of a qualified professional. The initiative spread immediately to cities all over the world (Saint-Etienne, Marseille, Lyon, Nantes, Luxemburg, Eindhoven, …) among which our own capital that celebrates this year the second edition of the Commerce Design Brussels competition, coordinated by Pro Materia and Design September (with the support of the City of Montreal, Brussels Capital Region, Atrium, Brussels Louise and institutional and private partners). 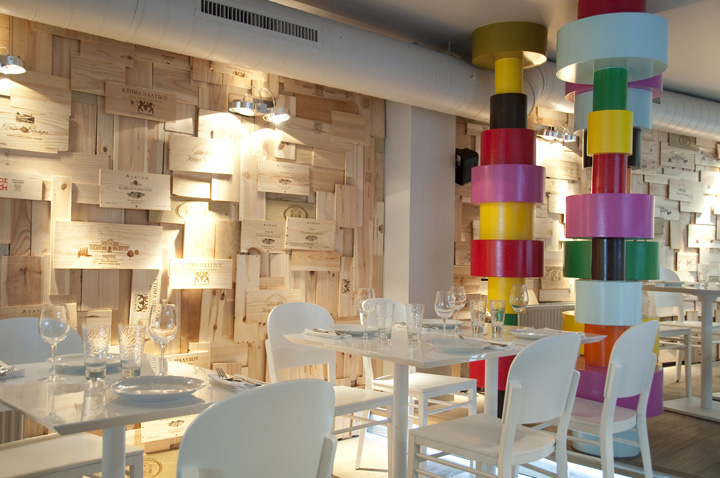 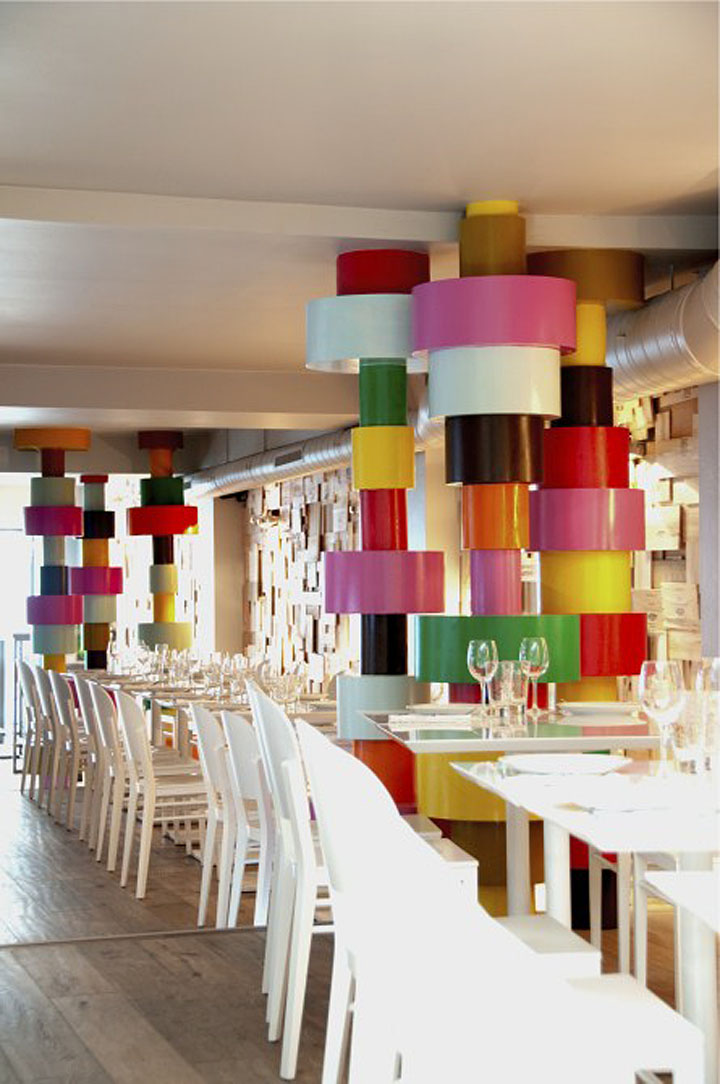 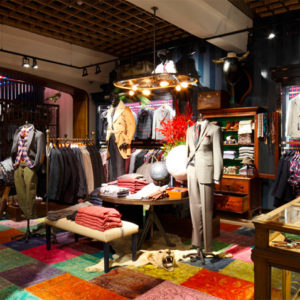 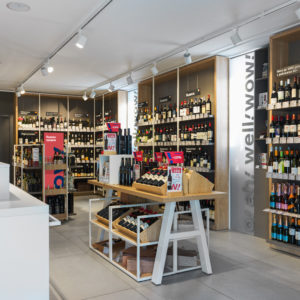 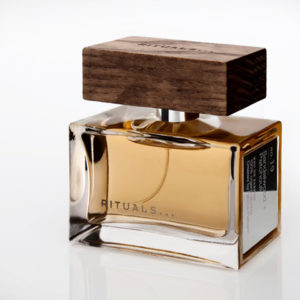 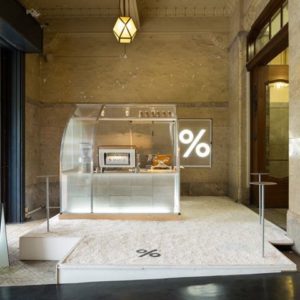