Brick sofa by KiBiSi for versus 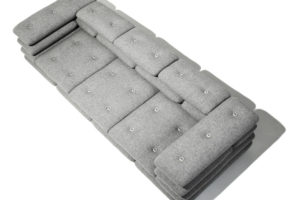 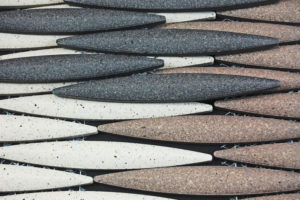 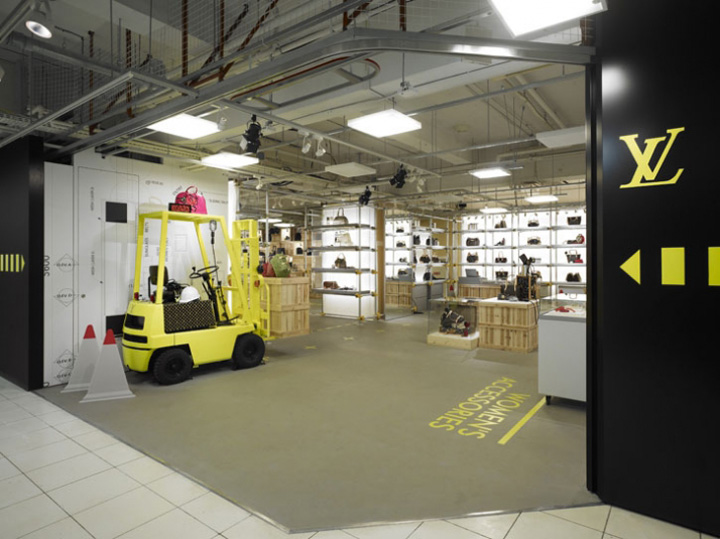 As of May 30, 2009 Louis Vuitton customers of Ikebukuro, in Tokyo, Japan have been offered the services and accessibility to the products through its temporary new location. Louis Vuitton is in transit and so proud that they even displayed it!

Who? // Louis Vuitton!
What? // Mitsukoshi Group decided to permanently close its well known department store in Ikebukuro, in which Louis Vuitton had a store since 1996.
When? // As of May 30, 2009 it opened in its new transit location!
Where? // Well, it’s temporarily located in the underground level of the Seibu Ikebukuro Store, as it anxiously awaits the construction of the new Louis Vuitton store in the new Seibu Ikebukuro in 2010.
Why? // They are in transit! Despite the hassle that such an incident might create to customers and the company, Louis Vuitton found an interesting approach to deal with it! They seized the opportunity and designed the underground level to a concept store, while passing the message to its clients and visitors that we are “under construction” and in transition!
The exterior of the shop is surrounded by framework and raw structure in the colors of black and yellow which is associated in the viewers mind with construction under process! The black strong barricade cut out for the windows, gives the viewer who is outside the shop a feeling of what he/she is about to experience inside the shop; while the products in the store facade are presented in wooden storage containers. It makes a reference to the hoardings of construction, while creating a dramatic black statement. While entering the shop, the prospective customer has the opportunity of viewing the temporary under construction store which is luxuriously padded, with elegant fabrics in the background. All the luxury and the quality of Louis Vuitton contrast with the harsh nature of the industrial materials and the steel framework.
The industrial design of the temporary shop is visible through the labels of each department with yellow writing on the ground; while the bobcat vehicle is found carrying luxurious handbags. The fluorescent lighting is dramatic as that is what is intended to bring a new dimension to the shop while having a feeling that you are found in a warehouse. The sections of the store are defined by stacked crates or crates suspending from the ceiling which help divide the area. The atmosphere of the shop is enthusiastically rough for what the Louis Vuitton customers are used to however it remains surprising with the bold associations and the contrasting material which was used for its design. 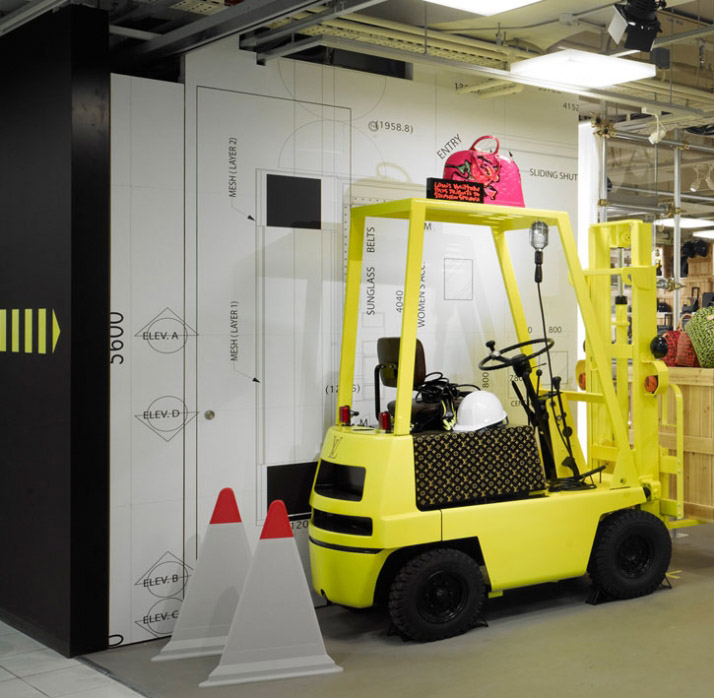 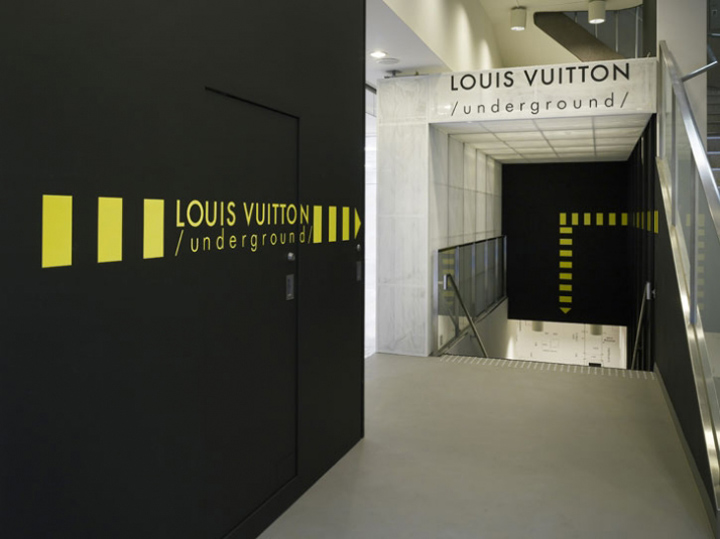 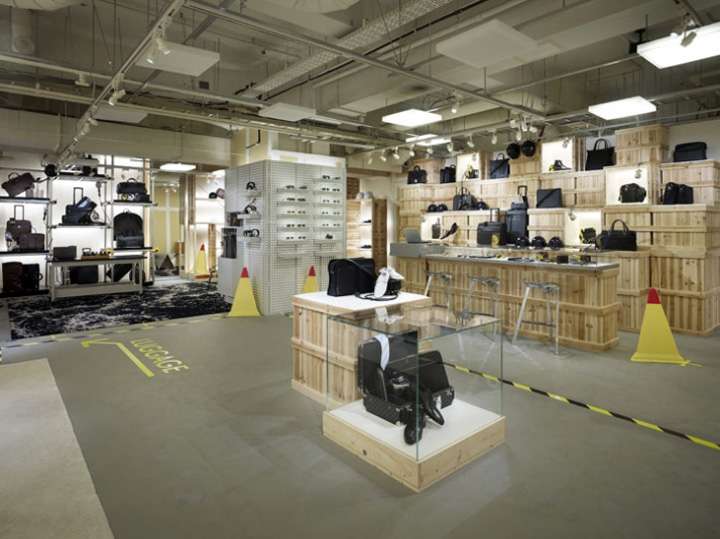 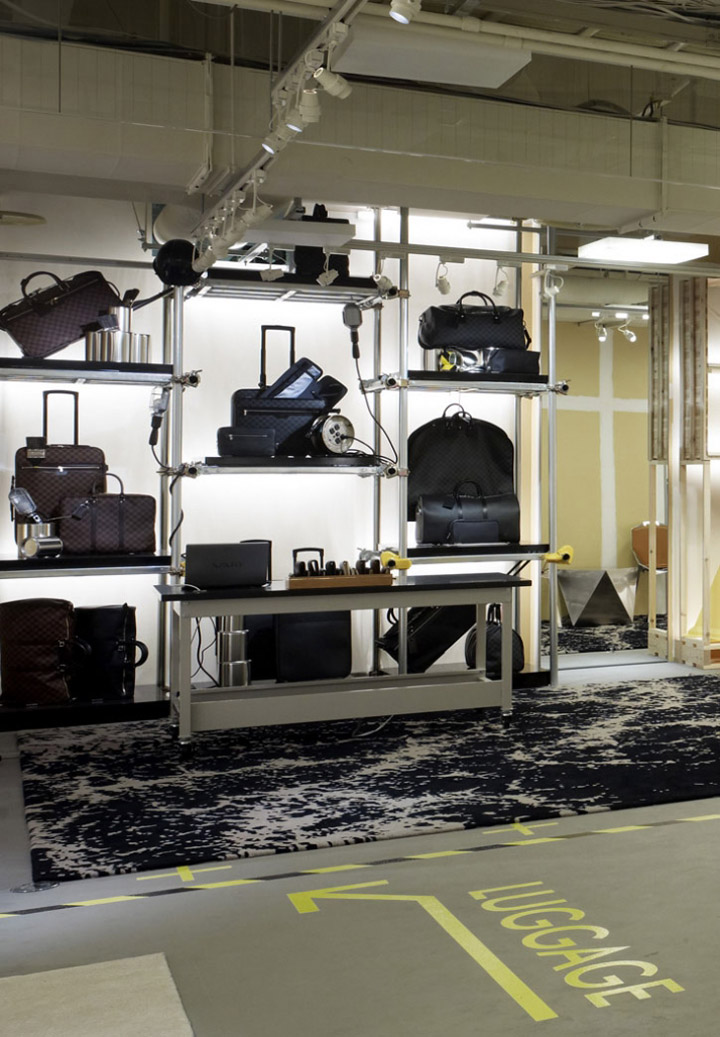 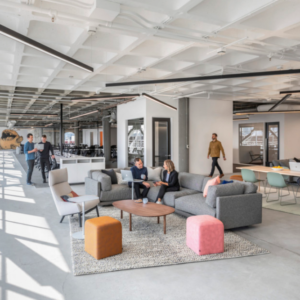 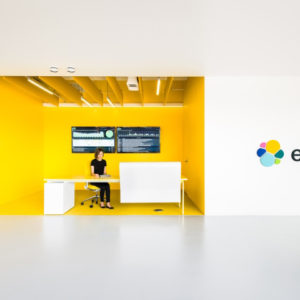 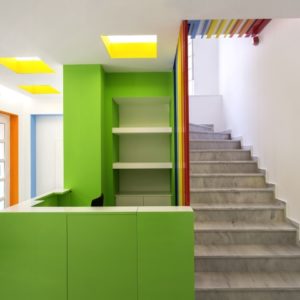