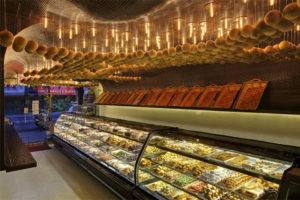 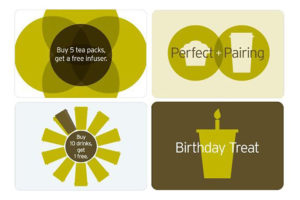 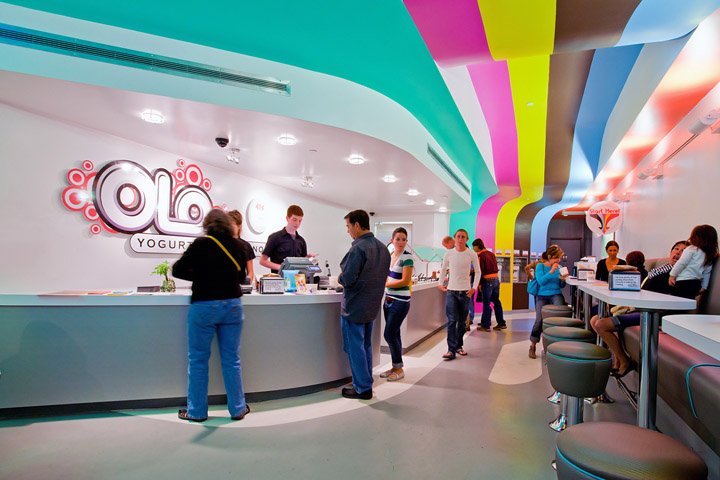 Baker Architecture + Design were tasked with developing the brand identity, including logo design and demographic targeting, in addition to full architectural services for a new startup in Albuquerque called Olo Yogurt Studio. Despite the small scale and limited budget, they recognized that many people will interact with this space and opportunities for architectural experimentation were as available here as anywhere. The self-serve yogurt concept calls for a particular circulation pattern in which customers cycle through the space from the dispensers, to the toppings, to the cashier. To draw customers in from the street,the design team developed the “yo-bow” idea which is a series of colored stripes that undulate overhead, turn downward, and terminate at the yogurt selection at the back of the narrow space; leading customers to the starting point of the assembly line. The primary materials are paint and drywall, leading to the budget being met. The site is a narrow storefront on the ground floor of a new building in one of Albuquerque’s most pedestrian neighborhoods. Most customers are casual passersby and residents of the nearby neighborhoods. 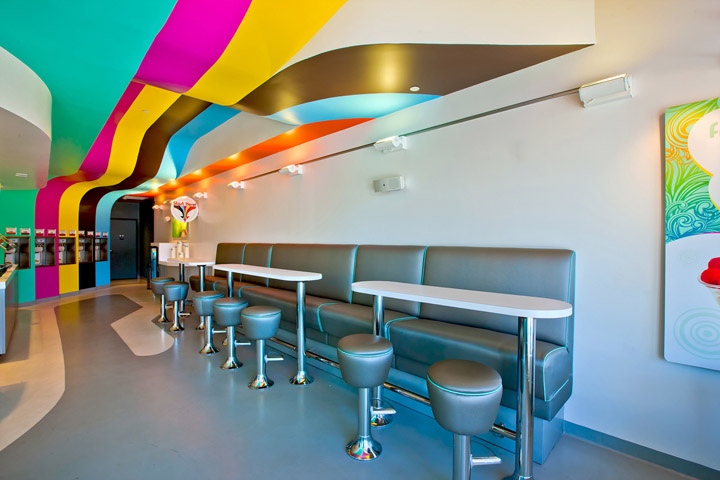 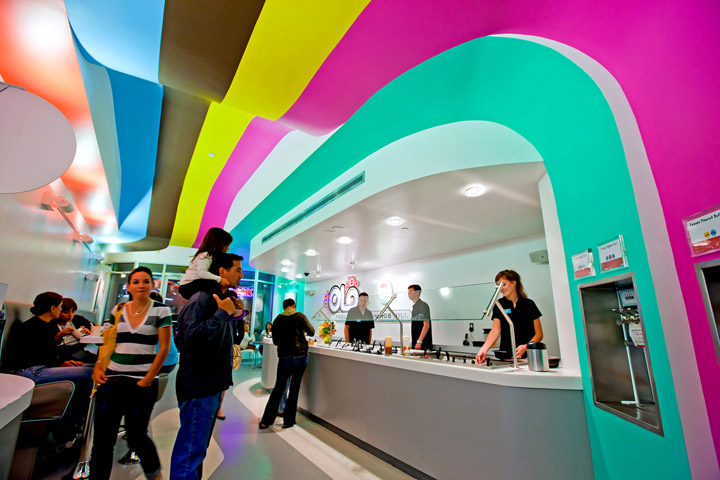 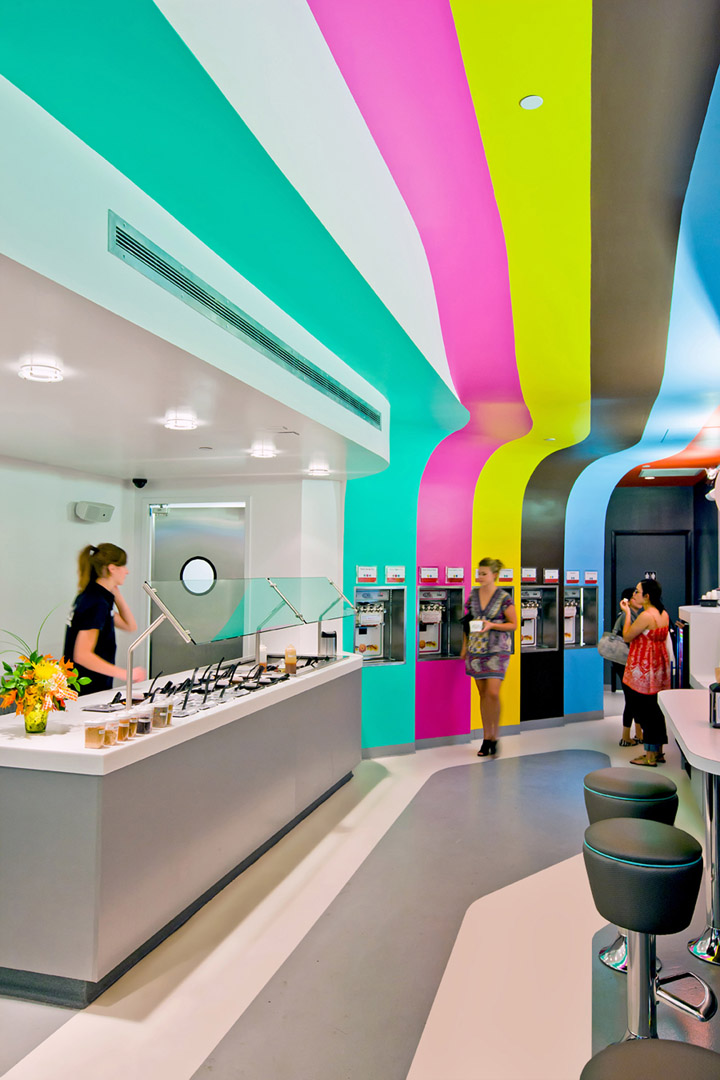 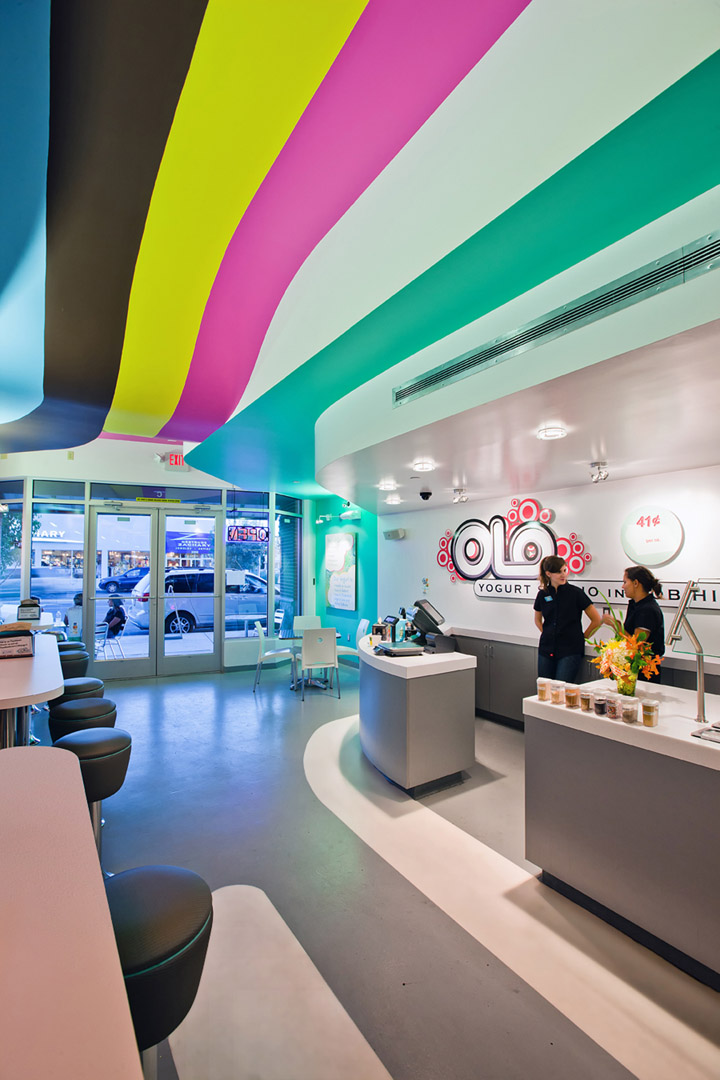 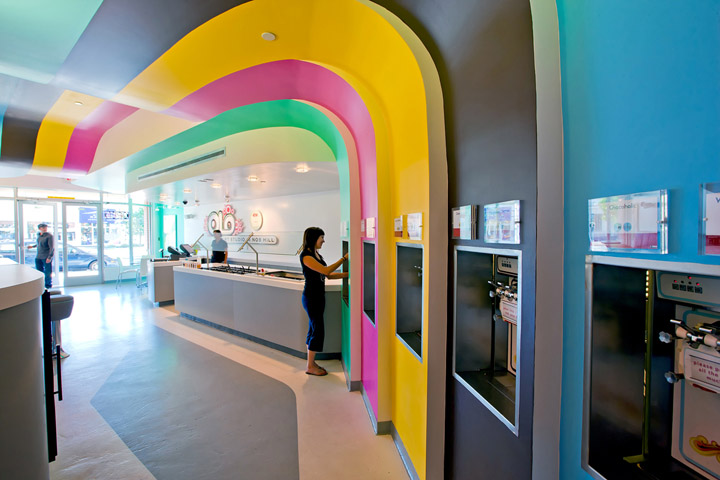 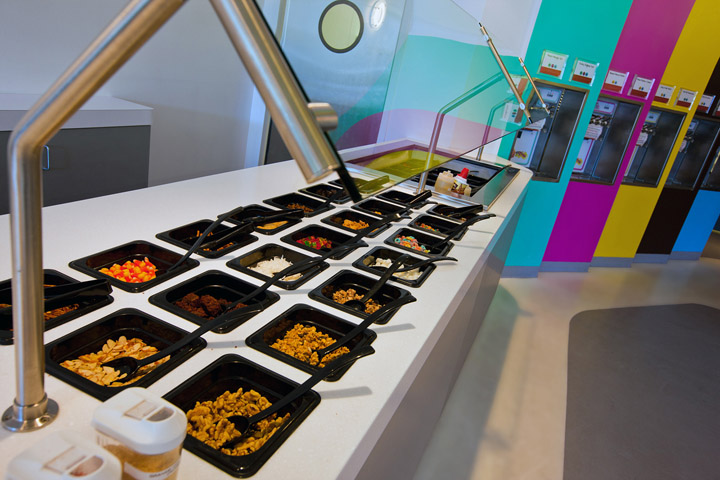 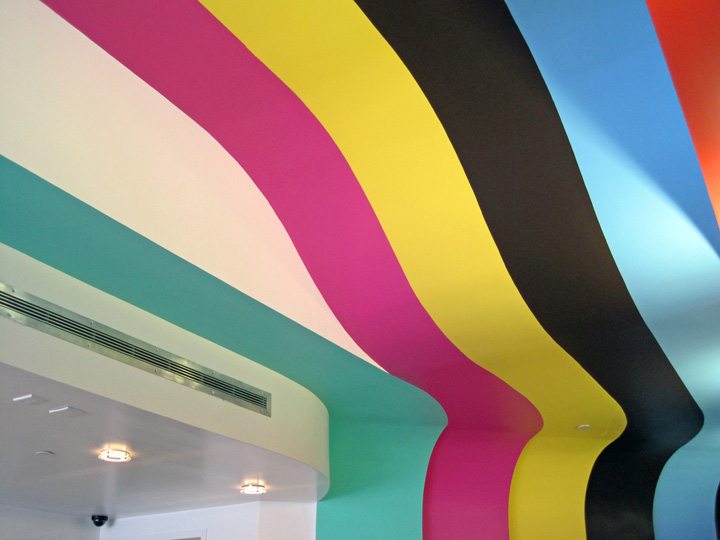 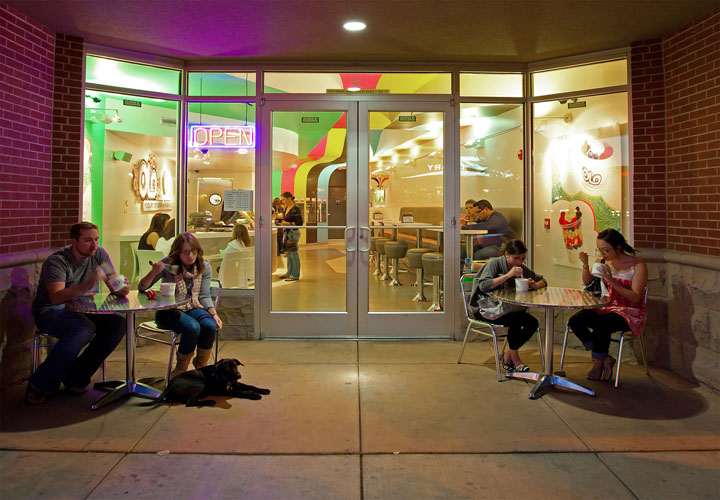 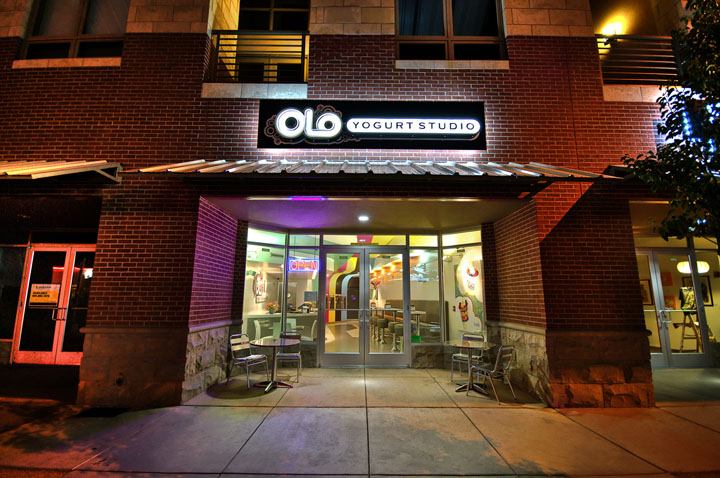 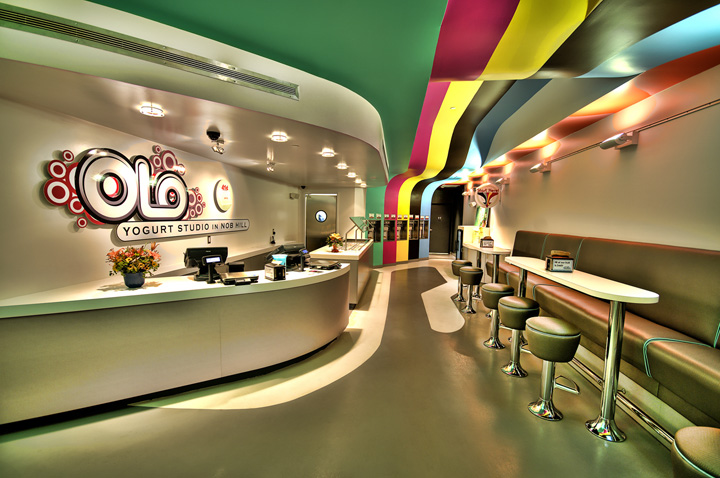 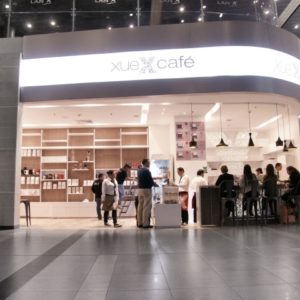 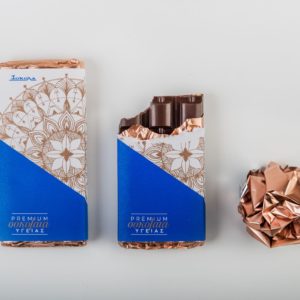 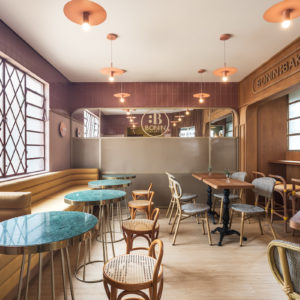 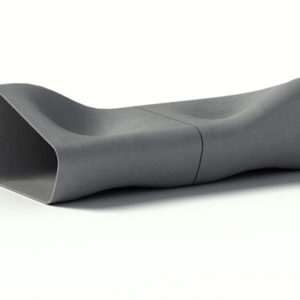 Dune by Rainer Mutsch for Eternit by retail design blog