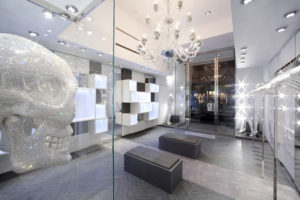 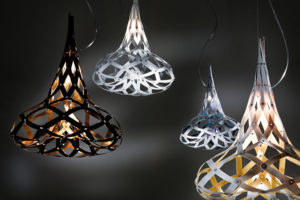 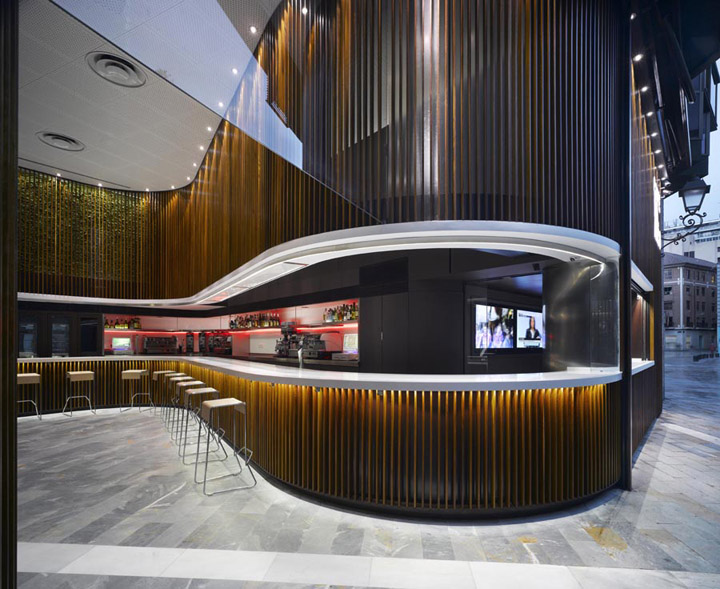 “Architecture in interior” instead of “Interior design” We were asked to redesign the Café del Arco, a project from the late 80’s, closely linked the cultural and leisure life Murcia’s downtown. Some of the requests from the client were to enlarge the bar and connect it to the terrace and the adjacent Romea Theater Plaza, to improve the cuisine in order to extend its “tapas” and “dishes” offer, and to modernize and update its look, paying special attention to the façade. In order to get a continuous space terrace-café, it was necessary to apply architectural mechanisms, able to dissolve the boundaries between the building and public space. From the very first sketch, a winding cul-de-sac layout was the leitmotif that let us deal with all those heterogeneous conditions. Starting from the façade, and as high as possible, we develop a continuous vertical-lines surface, that wraps the building without hardly touching it. Then it turns inside, making the access, organizing circulation space and sitting places, and working as a lattice between the different spaces. Finally it sets the trace of the bar and comes back to the façade, as if nothing had happened.

This only device consists of a row of vertical irokowood strips over a galvanized and lacquered steel framework that provides rigidity and guarantees the right alignment of the strips. The reproduction of a complete unit on a 1:1 model was essential for the definite choice of the minimal strip section that gave us the required degree of transparency and privacy. To reinforce the idea of an interior outside, we continued the lines from the urban pavement that crosses the Romea Theater Plaza. In this way, the project appropriates the urban space, getting the city inside the project. The new Café del Arco captures a piece of the city. According to the refurbishment of the space, we propose a renewed 100% led lighting: RGB light that transforms the atmosphere at night, surrounding led lines that flood the walls, the own outside made up with backlit methacrylate pieces… Furthermore, the “tapas” showcase gets renewed, becoming a mobile element that automatically moves up or down, allowing to use the bar during “cocktail” hours. 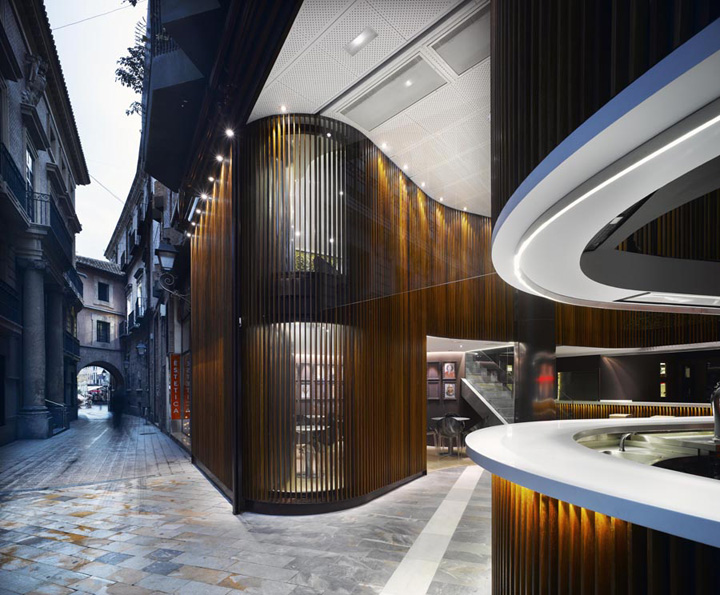 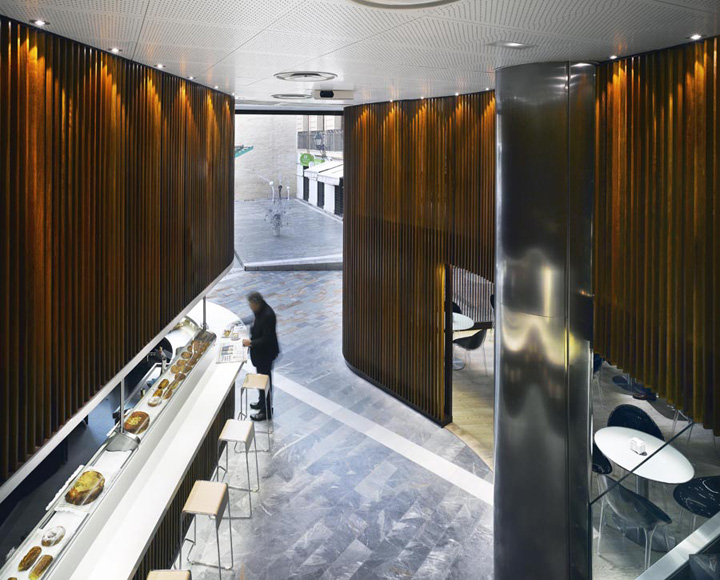 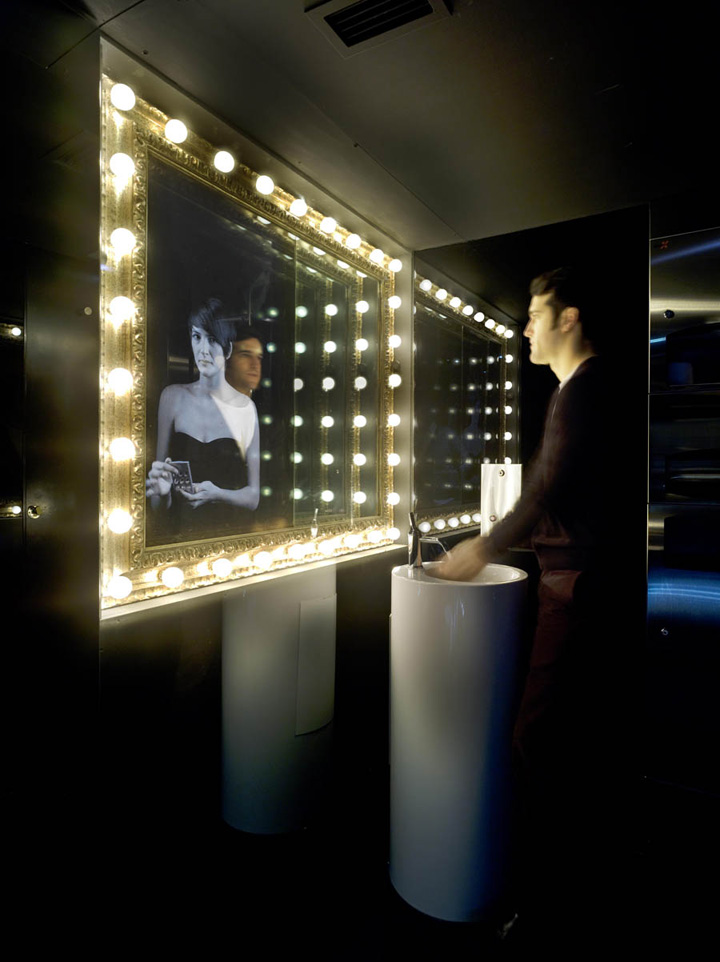 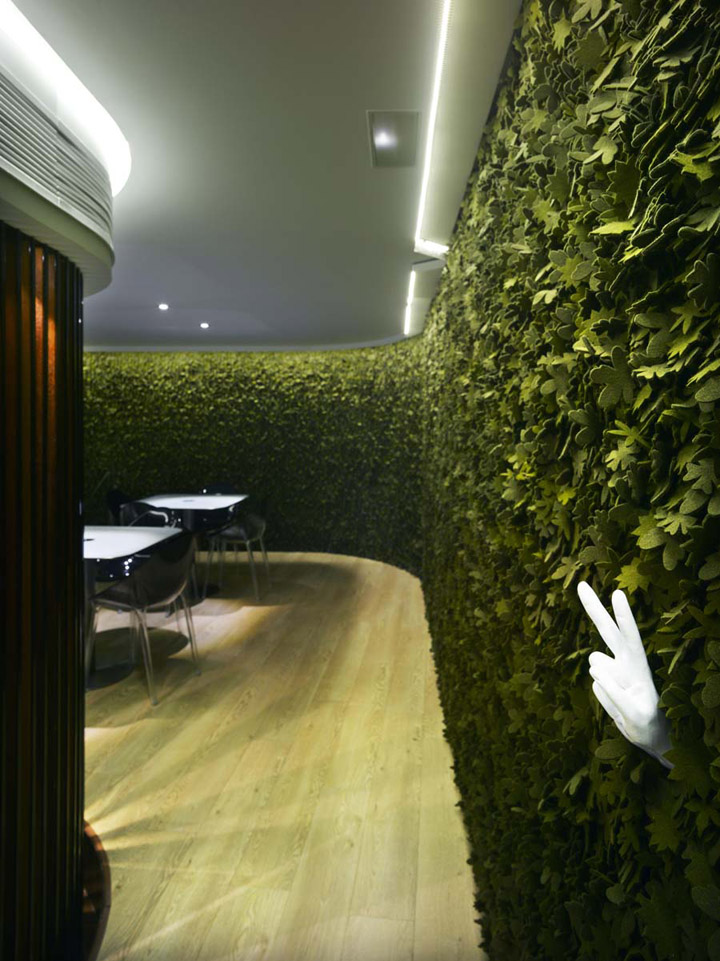 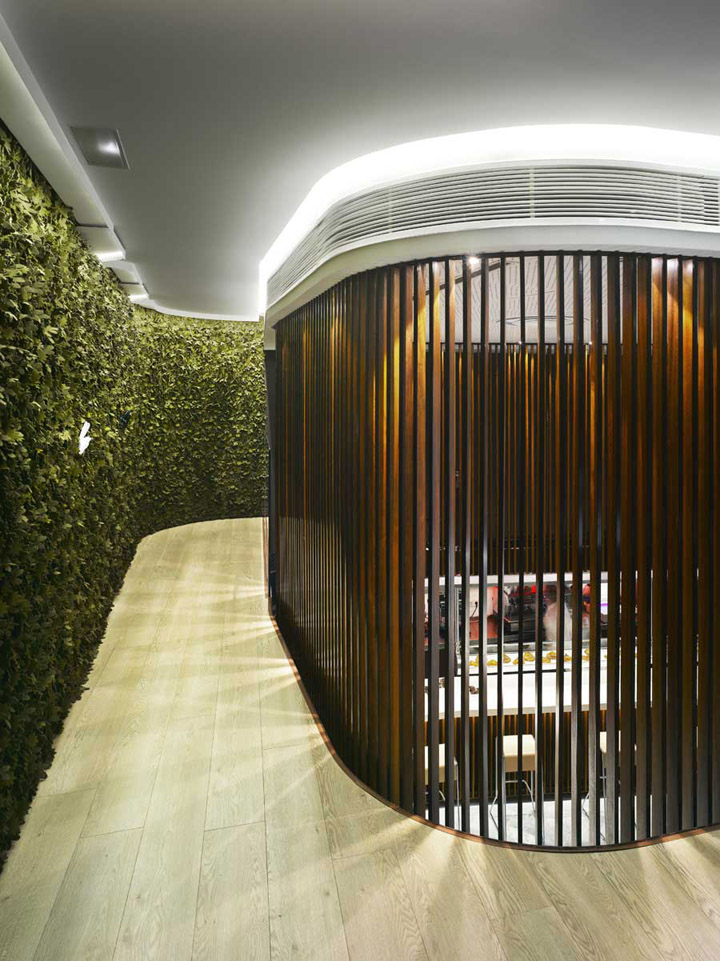 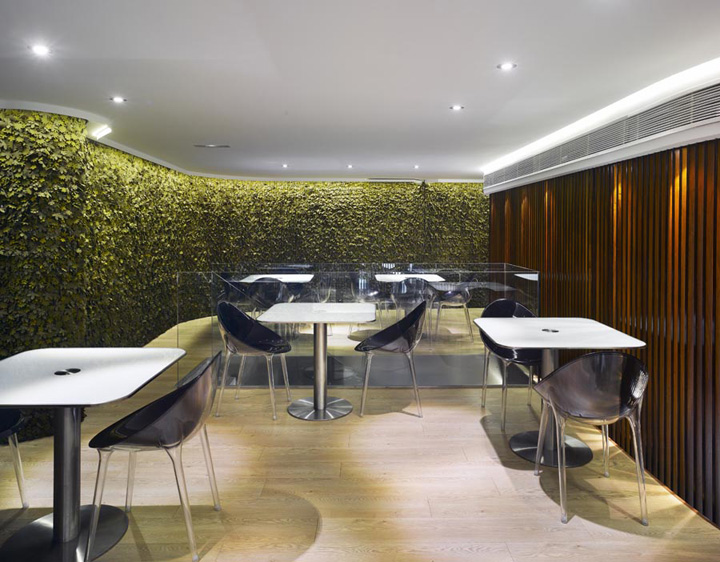 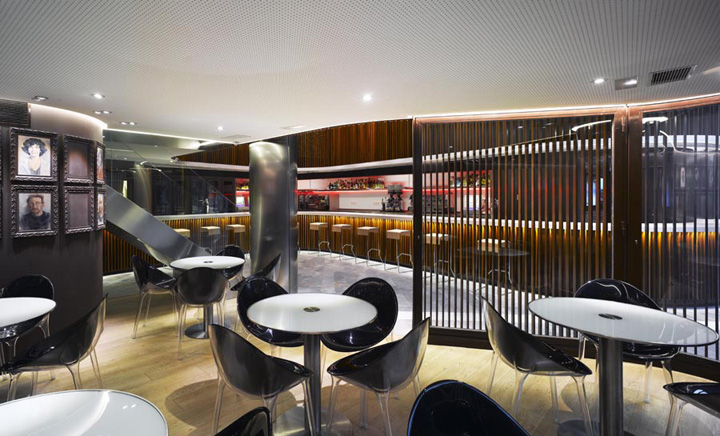 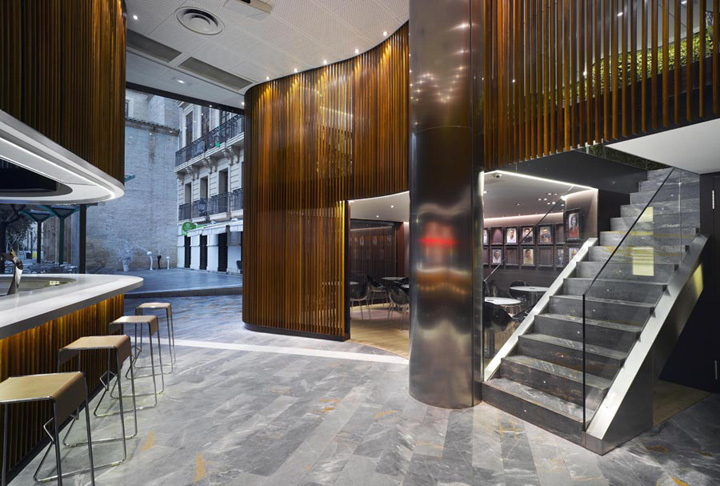 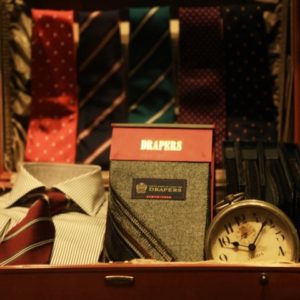 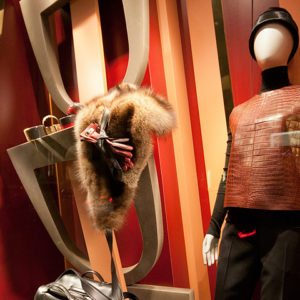 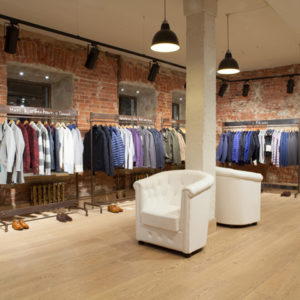 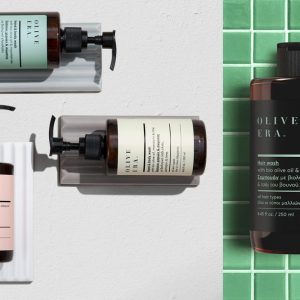