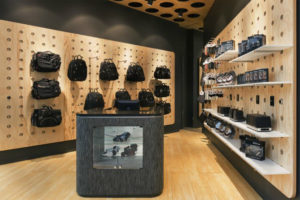 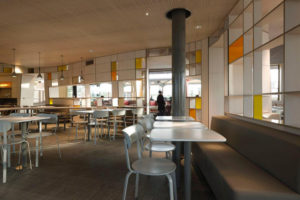 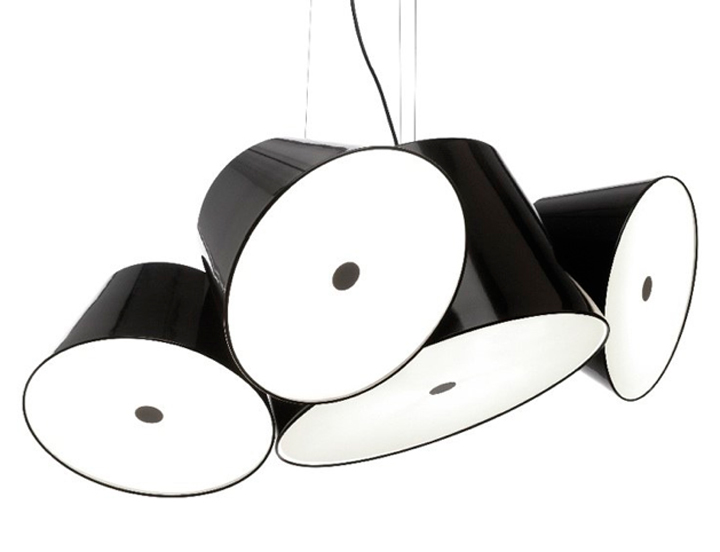 Fabien Dumas presents a new lamp in cooperation with the Spain based company Marset. It’s a juicy bunch of grapes, Nick Mason’s drums from Pink Floyd, the constellation of Perseus… There are so many examples that could be used to describe TamTam, a new perception in the world of lamps, which extols repetitiveness by focusing on the archetypal lampshade: a number of light sources pointed in different directions, geometrically arranged to invoke a feeling of organized chaos. TamTam consists of a large central shade (50cm) in lacquered aluminium, to which are attached various satellite shades (35cm), which can be rotated through 350º by means of a swivel mechanism. An opalescent, methacrylate diffuser over the open end softens the light. Two models are available: with either 3 or 5 satellite shades. Each shade can be personalised in any of the following colours: black, white, orange, tobacco, green or grey. TamTam is suitable for any space. Using more than one, the sets of shades with their different positions can be used to create vast, multi-coloured ceilings, each one different from any other. 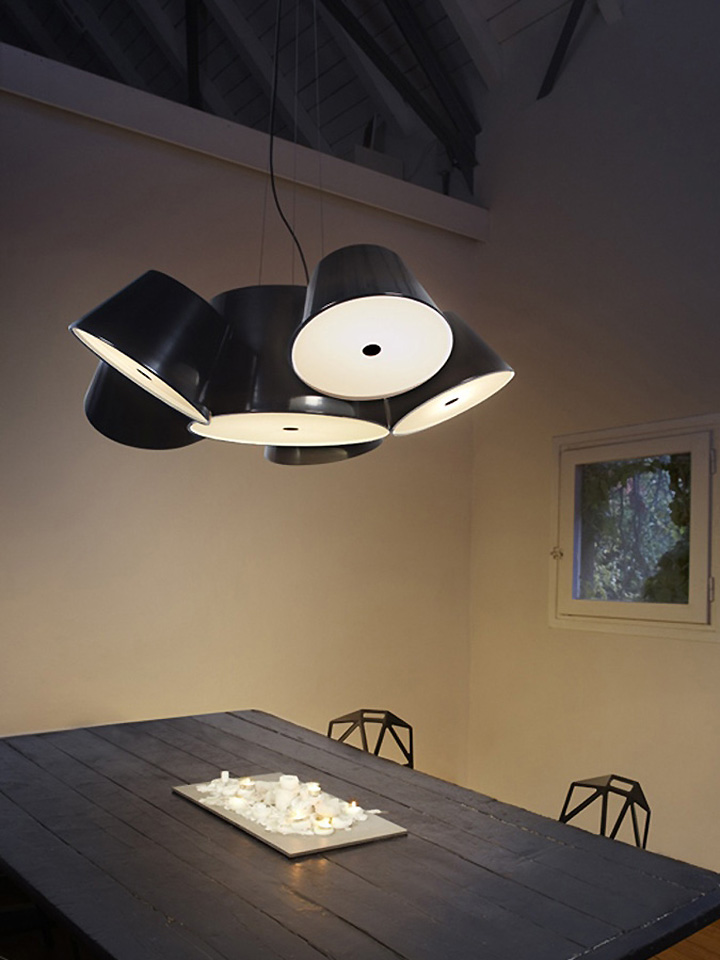 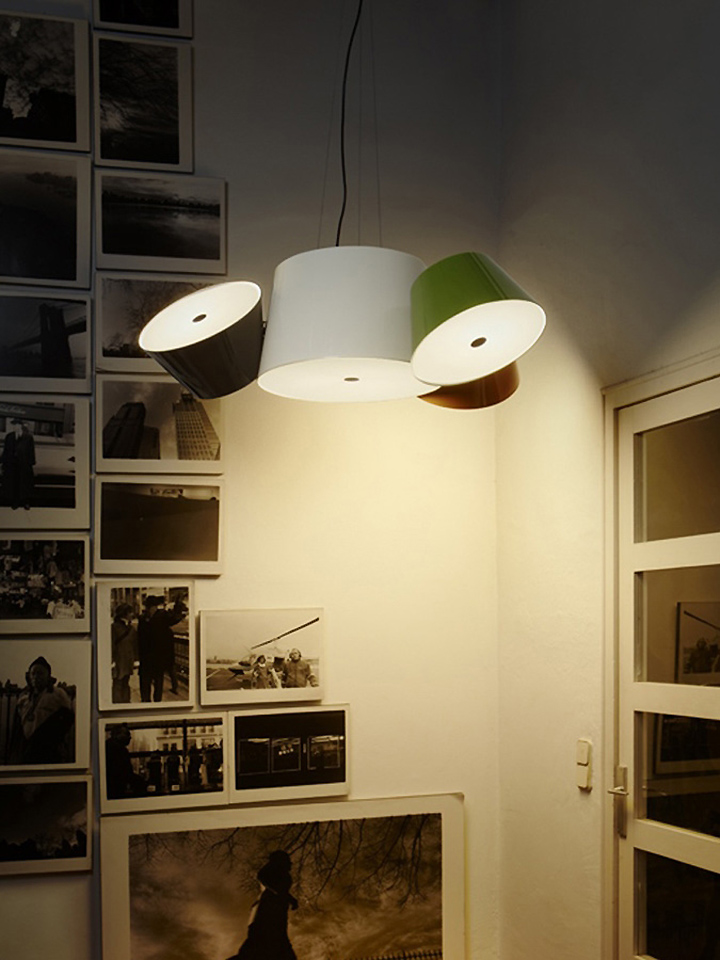 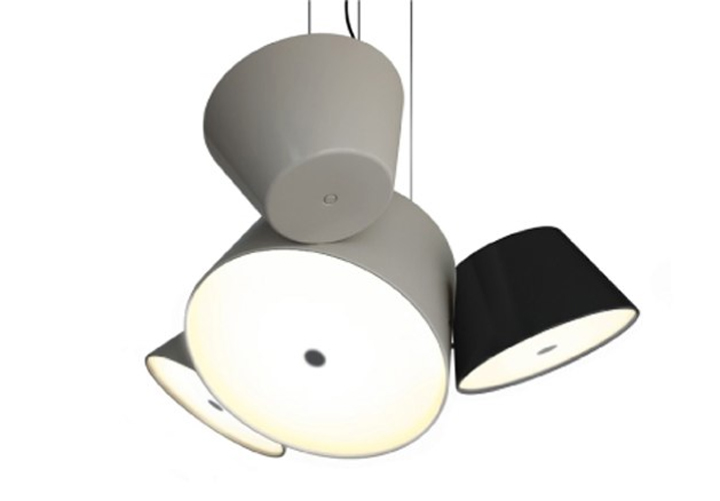 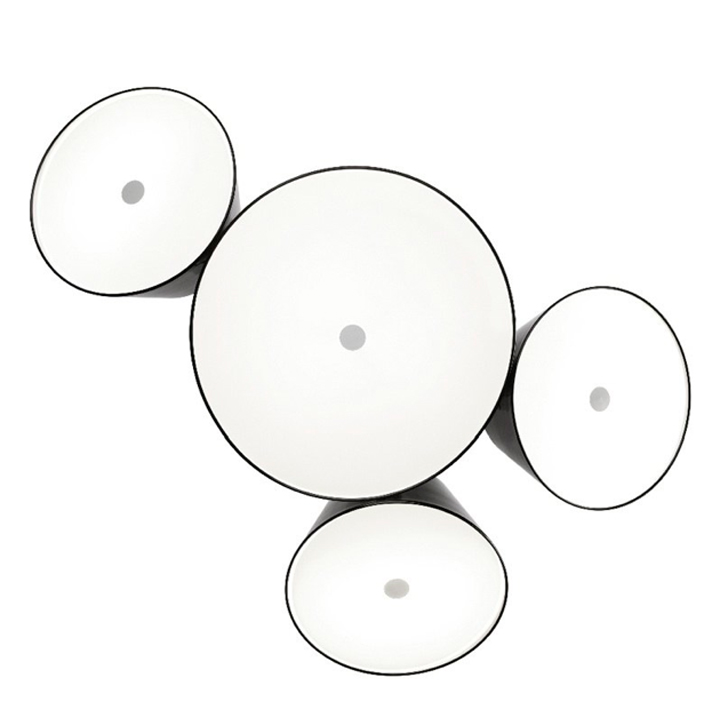 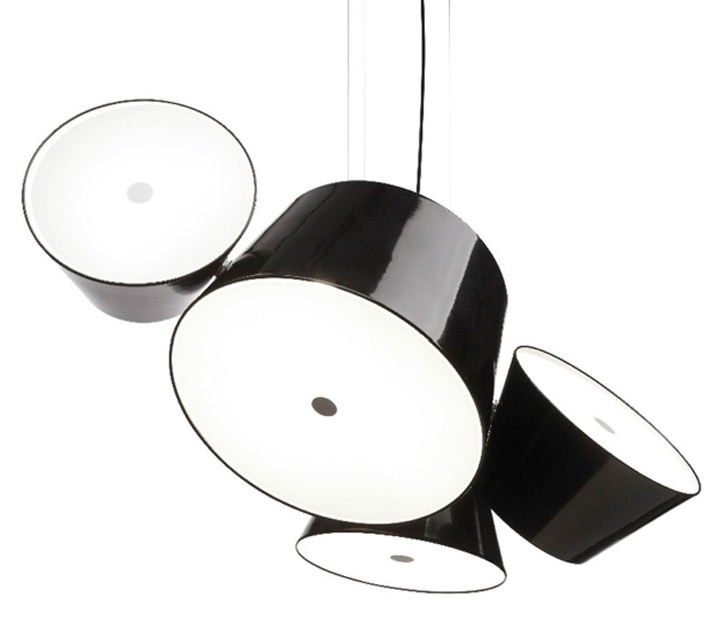 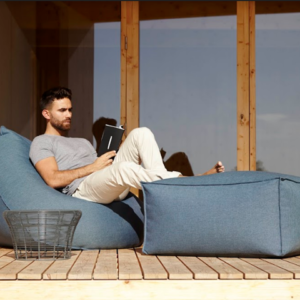 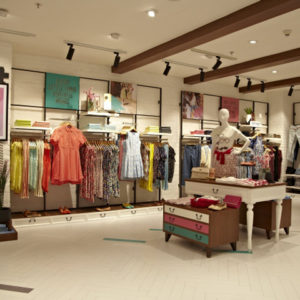 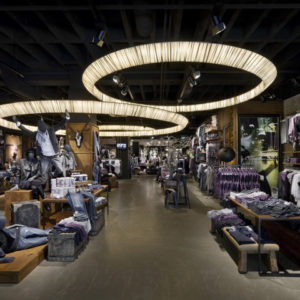 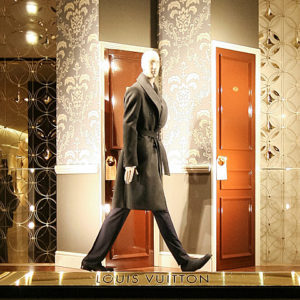