Piet Side Tables by Hugo Passos 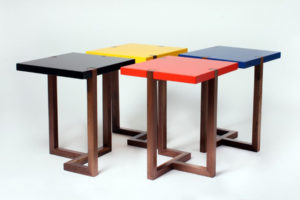 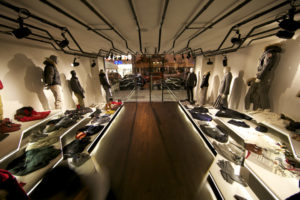 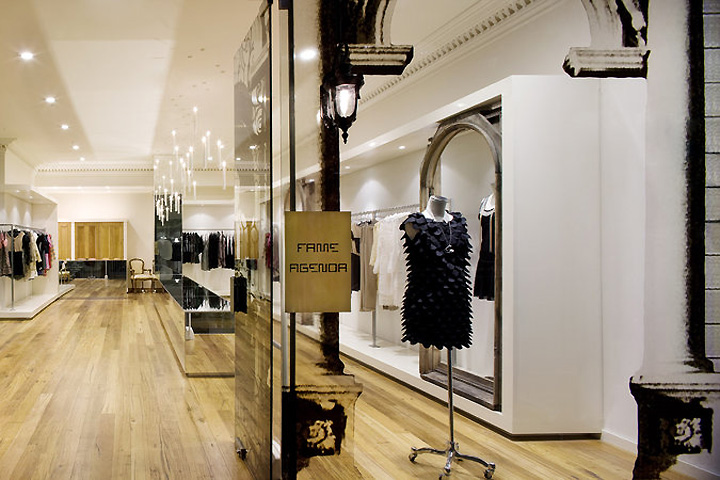 Inspired by Janet Laurence’s ephemeral artistic layering of photographic architectural images across transparent screens & post modernist art work where layering of disparate imagery brought about alternative 3rd meanings so too was it considered that the now vacant and prominently positioned large corner glazing of the new Fame Agenda facade could re-interpret ‘old’ and ‘traditional’ in a new and contemporary ways. The concept for the store revolved around the idea of transparency and illusion, bringing customers minds to a place ‘in-between’ interior and exterior. As the visitor arrives at the top of the escalators the Fame Agenda façade contains laser printed decals applied to the glass referencing classic motifs of historic buildings and offering partly transparent, translucent and opaque elements. The decal imagery is eclectic in nature yet positions certain motifs and imagery in specific positions to encourage inspection and an element of the voyeur where visitors may look from certain perspectives to see specifically placed events. 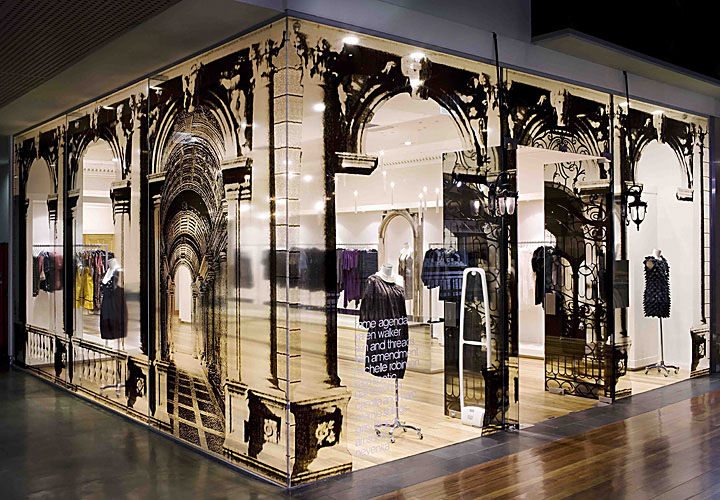 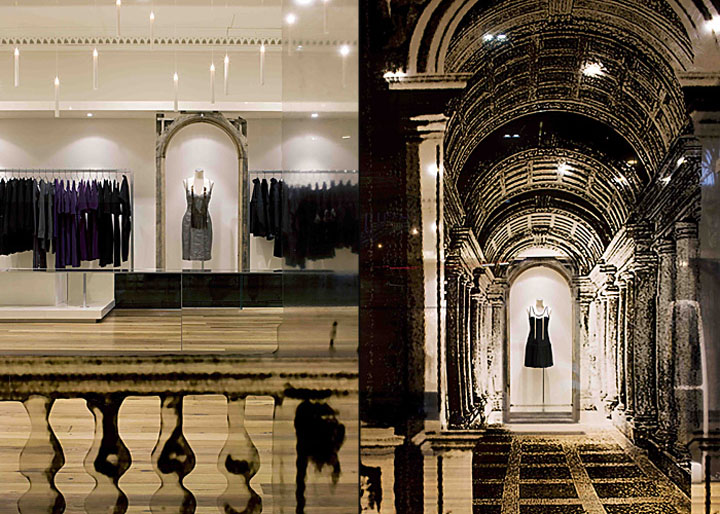 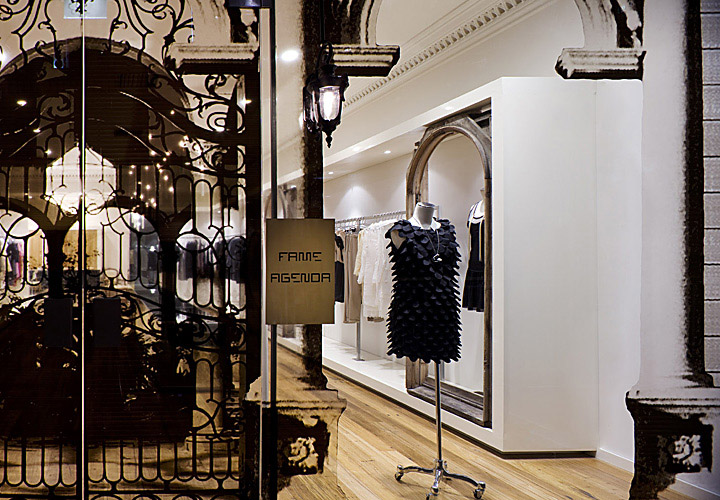 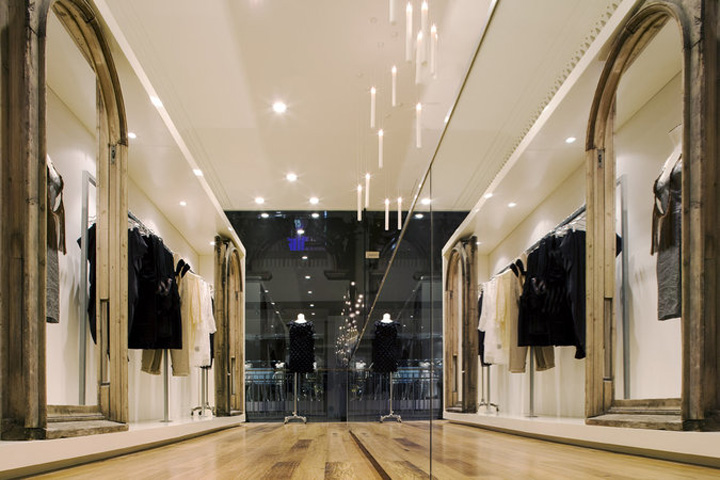 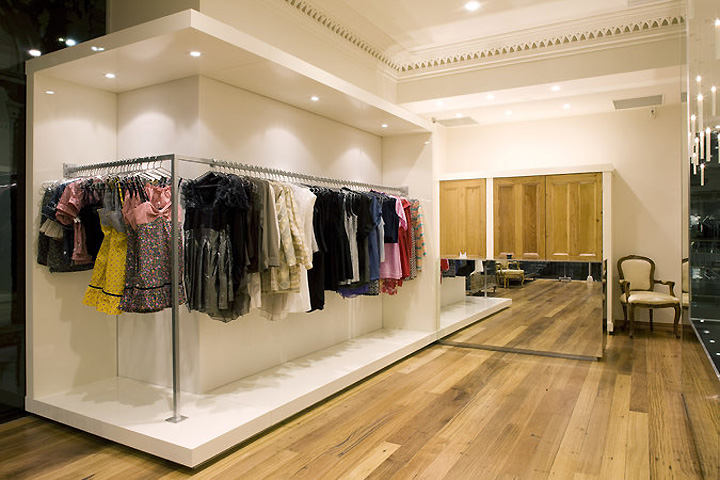 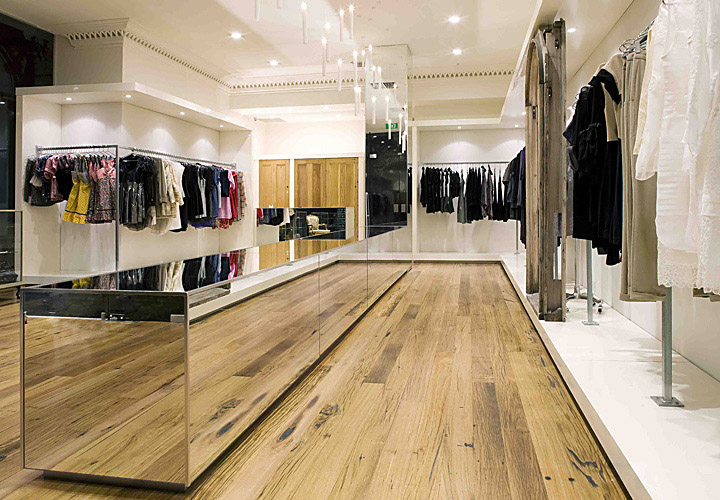 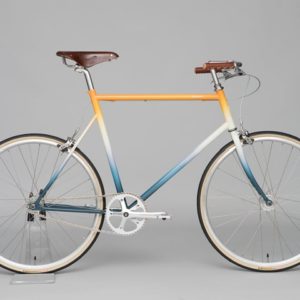 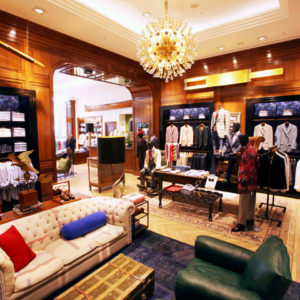 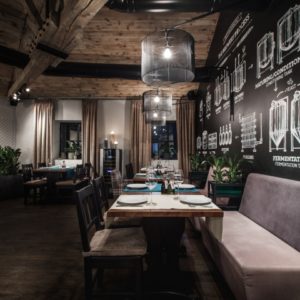 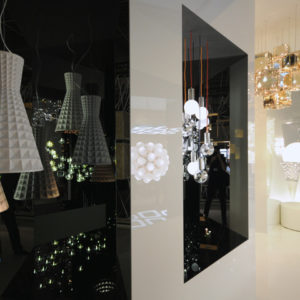