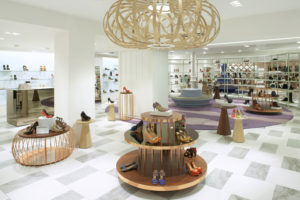 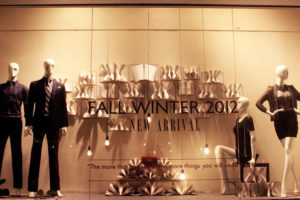 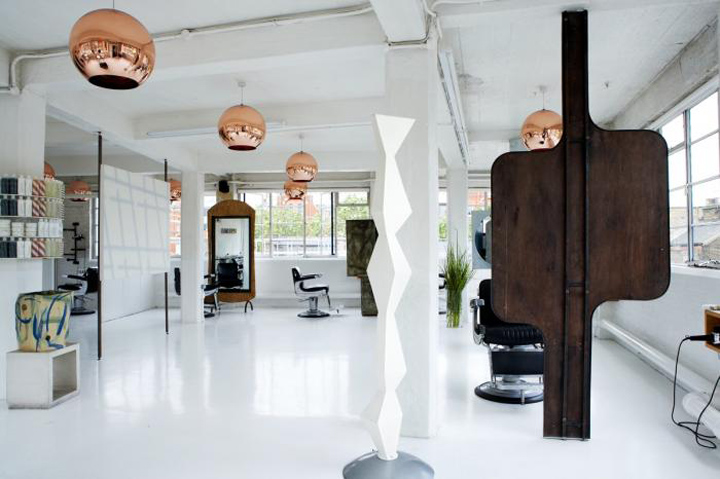 When several of your most discerning friends quietly mention the same London hairdressing salon within a week, you know it’s time to take note. Such was the case with Fourth Floor, the rooftop salon owned by Richard Stepney. Of course, the truly discerning (think London luminaries like John Pawson, Jon Snow, and Tom Dixon) have been visiting Stepney for a while now (Fourth Floor has been in business since 1990). Stepney recently celebrated his twentieth anniversary in his Clerkenwell location, which was truly off the map when he first opened in a thirties-era industrial space. Accessed by a seemingly dodgy freight elevator, Fourth Floor is bright and open with views of the city’s skyline and art installations throughout, typically bartered for hair services over the years (it’s also how Stepney procured some dental work and a wardrobe of bespoke clothing). The custom shelving, mirrors and lighting were designed by Tom Dixon, who used to have his studio on the ground floor. (We’re presuming he has a lifetime supply of haircuts.) In many ways, Fourth Floor is an organic tableau of the connections Stepney has made over the years. In a piece for The Independent, novelist Reggie Nadelson describes Fourth Floor as follows: “Trendy in a laid-back sort of way, unisex in an uneventful manner, at Fourth Floor all you get is a brilliant haircut.” That and more. 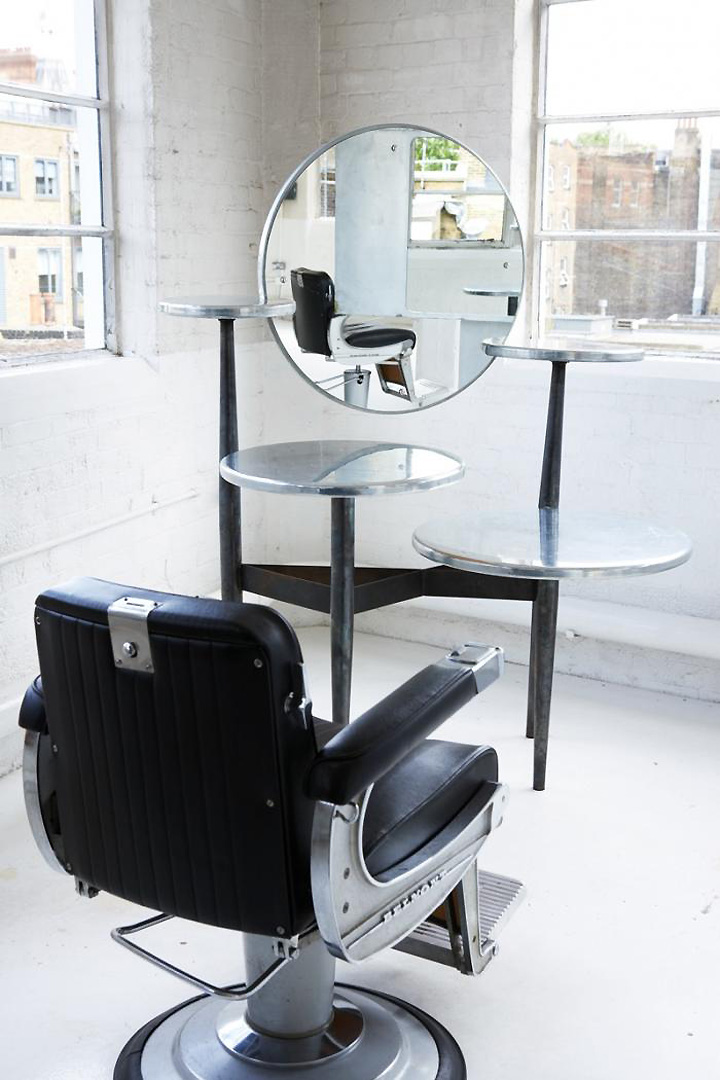 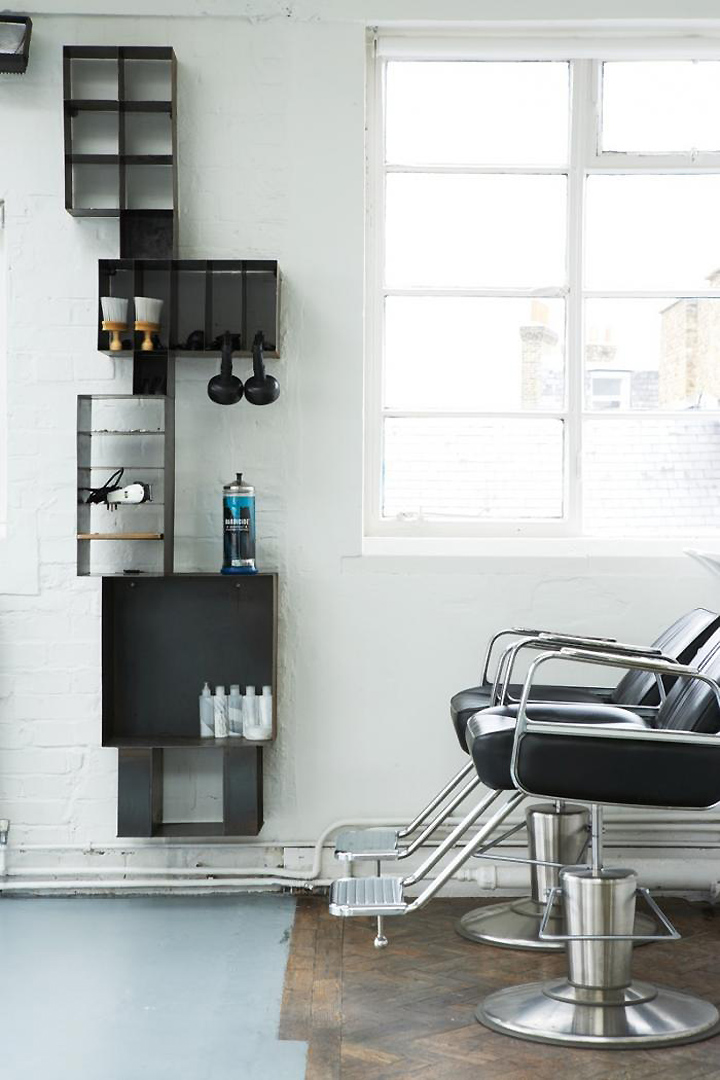 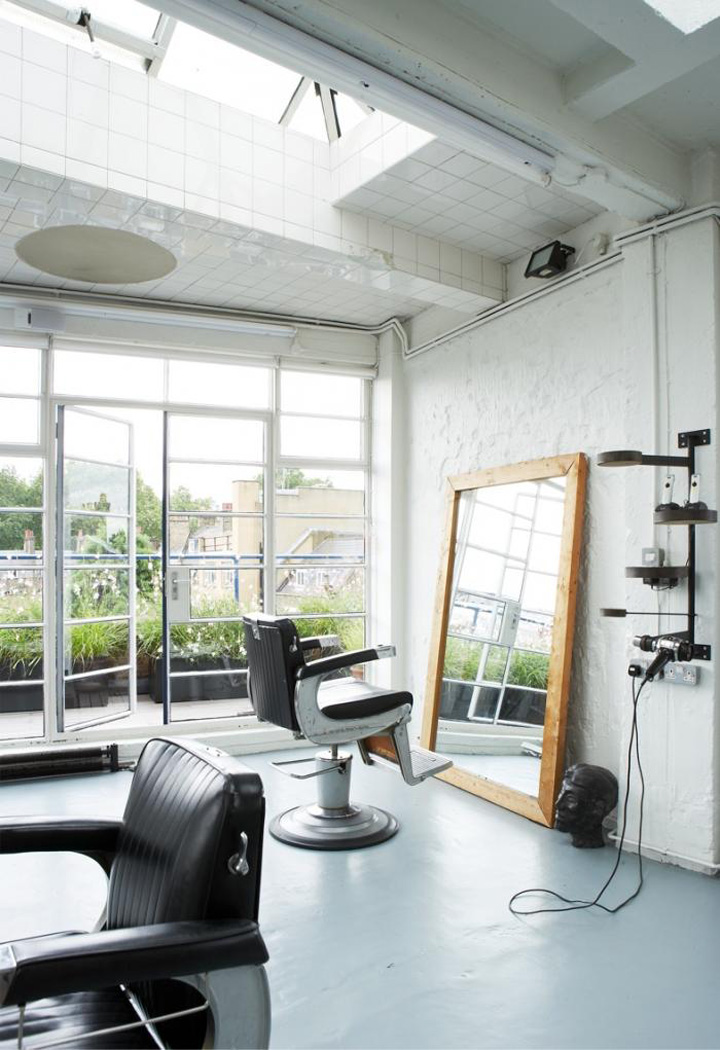 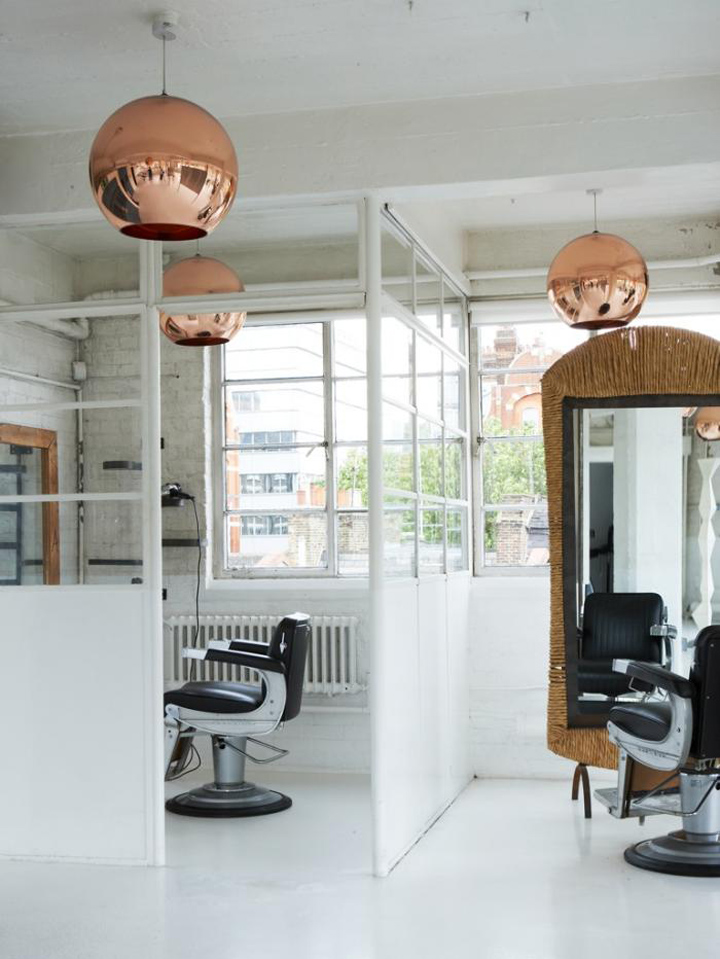 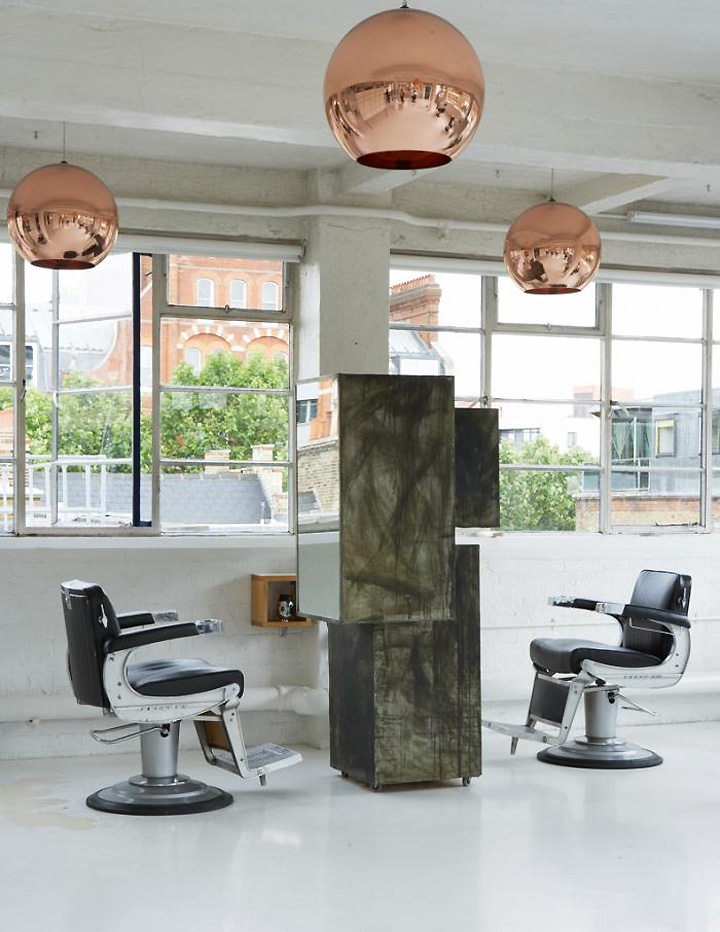 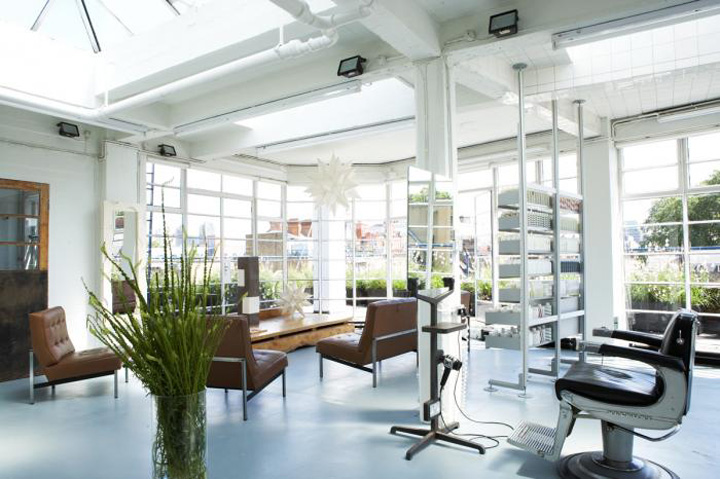 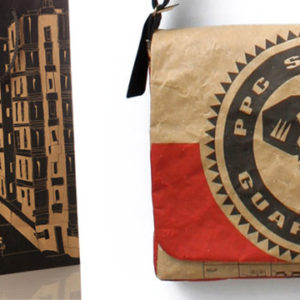 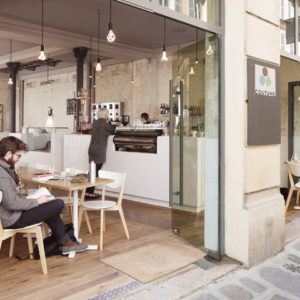 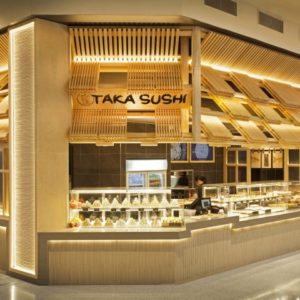 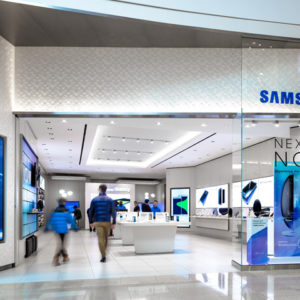