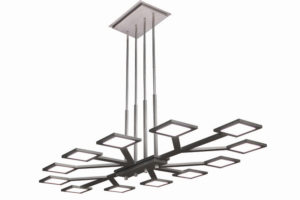 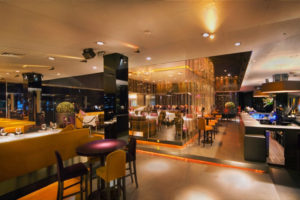 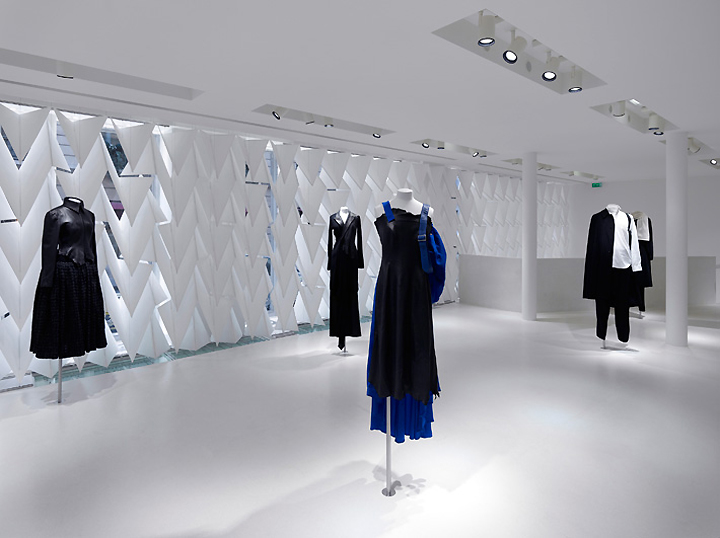 The world of Yohji Yamamoto has its roots in Japan, but is also closely associated with Paris. Yohji Yamamoto has said “I am aware of Paris – a part of it, yet apart as well”. We developed the concept before defining the architecture and designing all the details. We hoped to create a shop for Yohji which is absolutely in his image and which floats in Paris, making delicate connections with the luxurious world outside while preserving a Japanese feeling of calm and integrity inside the signature ‘white box’. The store is a slightly hidden world; the views from the street are filtered with snow white Japanese Shojigami allowing just glimpses of the display of clothes inside. The Shojigami (shoji screen paper), folded into bird-like shapes and suspended in the windows, forms a giant translucent sculpture. 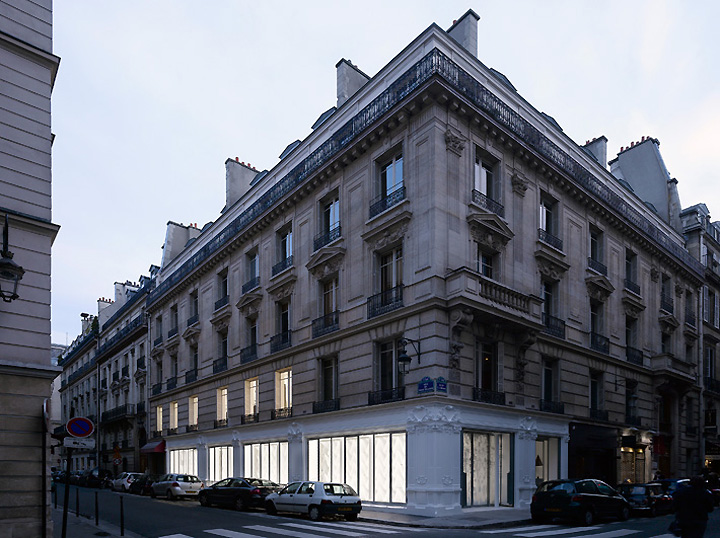 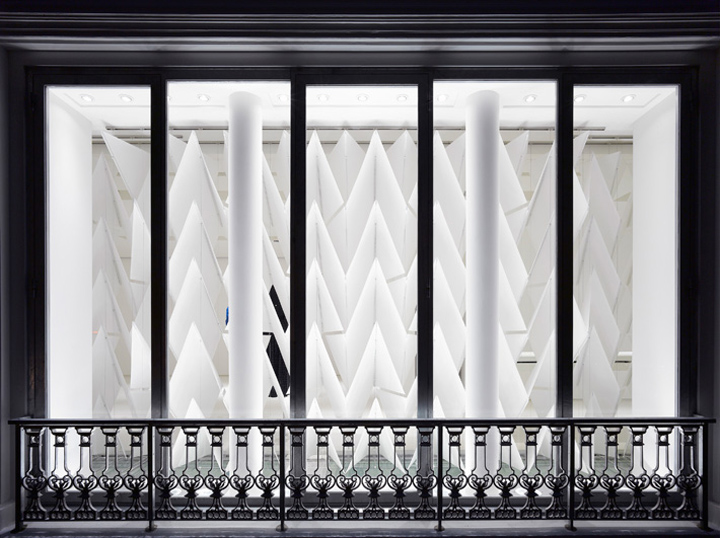 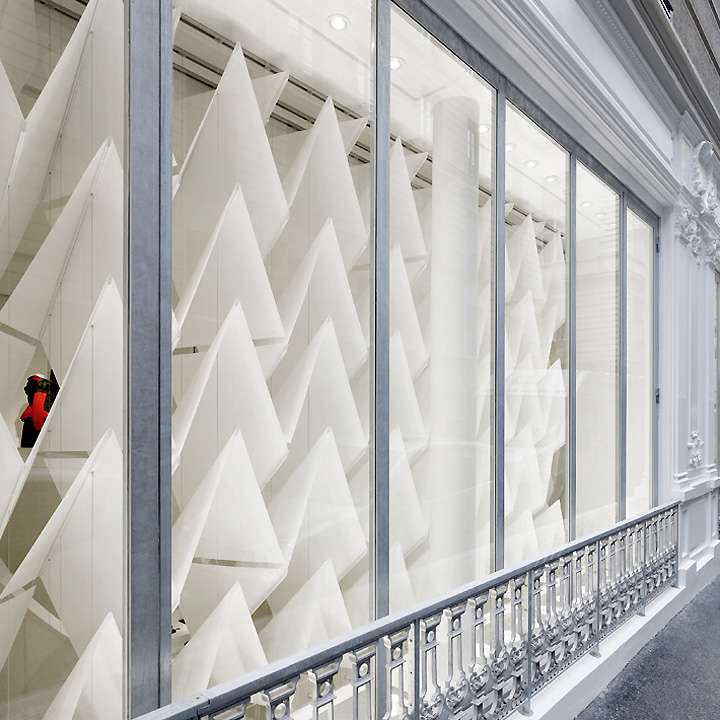 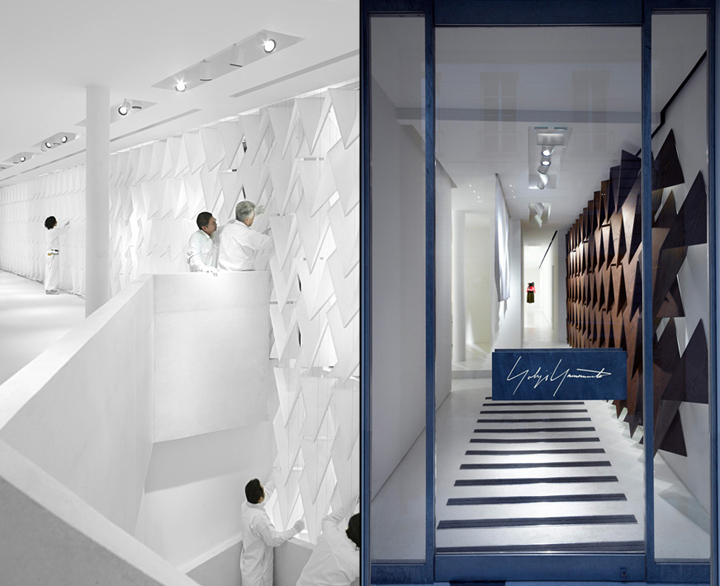 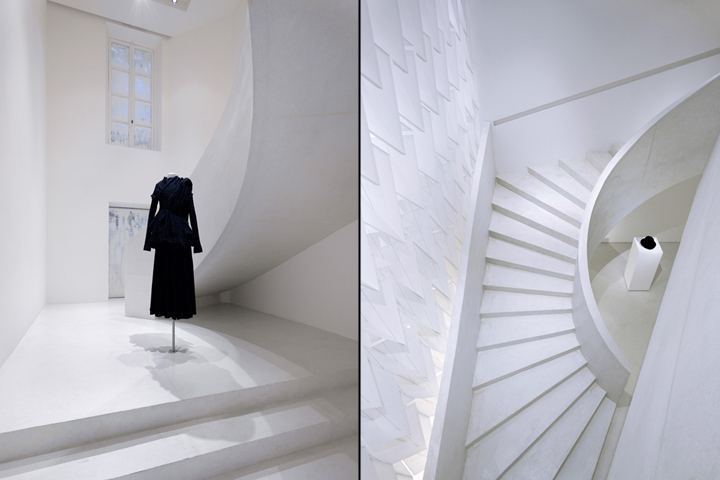 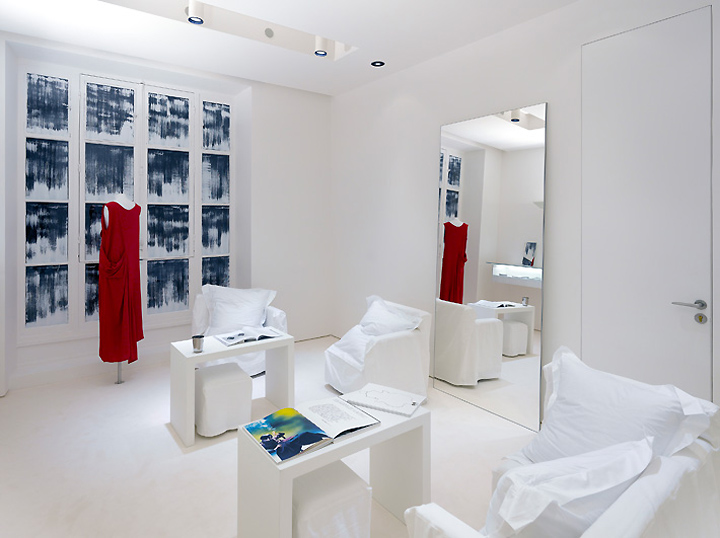 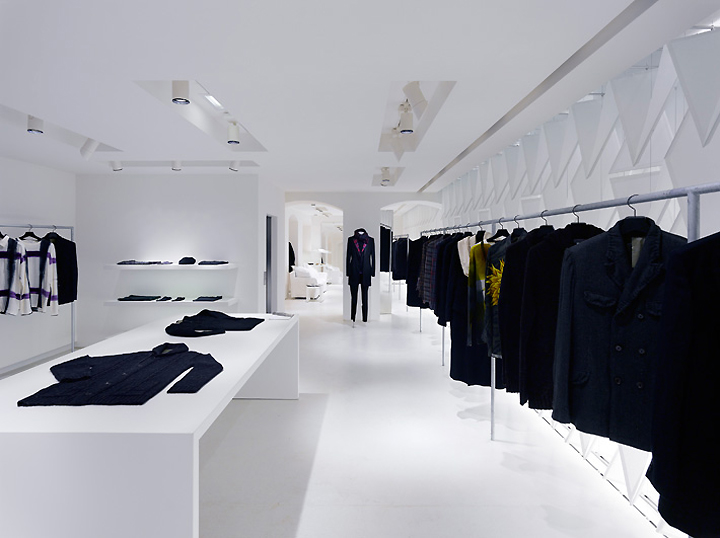 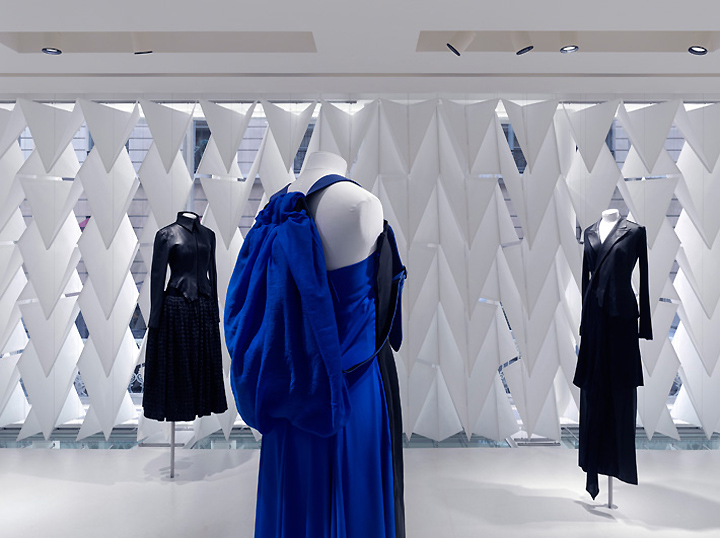 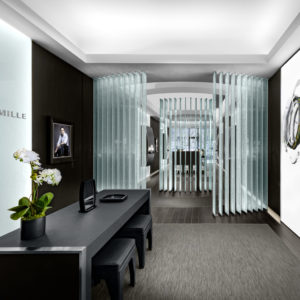 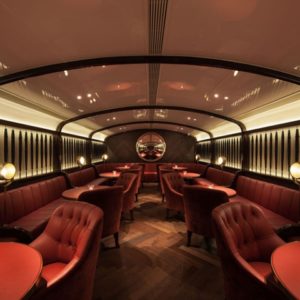 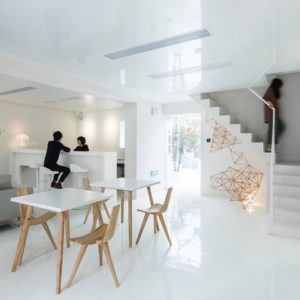 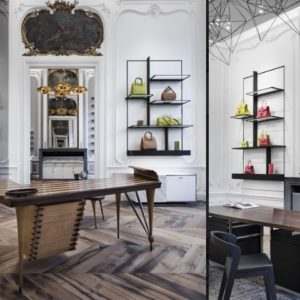