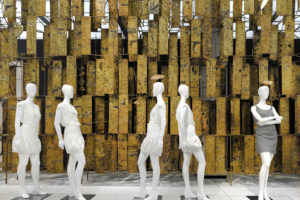 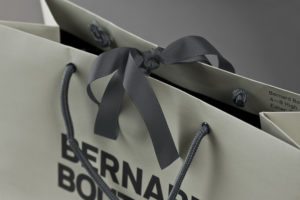 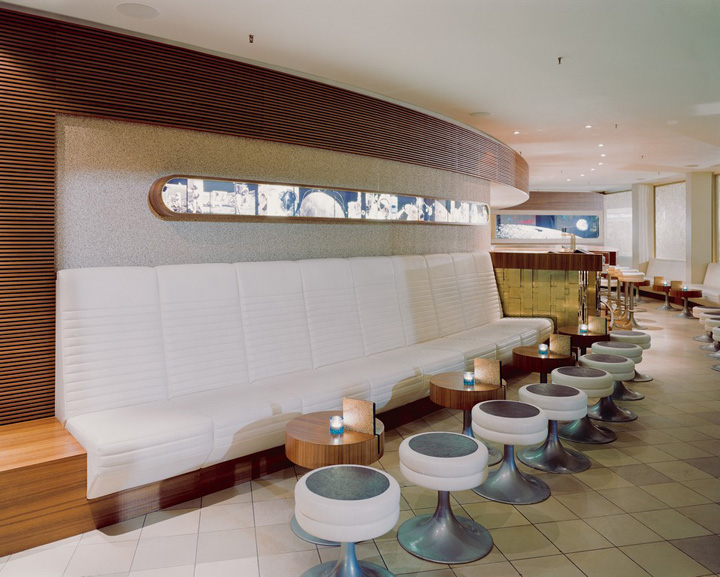 Space-age deco / recognizing the historical significance of the building (built by mendelsohn in the 20`s) plajer & franz studio used contemporary versions of art-deco materials to transform a bauhaus cinema into a lounge. Since the fall of the Berlin wall, the club scene in the eastern half of the city has moved ahead of its counterpart to the west. Innovative lounges and hip discos have been drawing more and more clubbers to the eastern area of the german capital, while the legendary night life across town slowly sinks into oblivion. The recent opening of several stylish nightspots in western neighbourhoods like Wilmersdorf and Schöneberg, however, signals the beginning of a new era. The best example is the new universum lounge at the Schaubühne theatre on Lehniner Platz. The lounge is located in the former universum cinema, once the largest movie theatre in Berlin and a landmark building from the 1920`s designed by Bauhaus Pioneer Erich Mendelsoh N . plajer & franz studio allowed the historical significance of the building to influence the choice of materials, many of which are contemporary versions of those used in traditional design in the 20`s, including brushed-brass, geometrically patterned plating for the bar front and solnhofner limestone for the floor as well as teak wood for the bartop. But the effect is anything but art deco. Various shades of gold, along with narrow teak strips that follow the dynamic shape of the courved room, produce a warm atmosphere reminiscent of a 1960`s casino. Alexander Plajer and Werner Franz, local architects who off icially join ed forces in 1993, are out to “awaken life” in the spaces they create. The ambience that these retail – design specialists have given the universum lounge ist most definitely “James Bond lost in space”. Clear shapes and unusual materials are the essence of their theme. Windows facing the square are curtained with chains of brass beads, while structured wallpaper in gold evokes images of a cratered lunar landscape. Associations with a 1960´s vision of intergalactic travel are fostered by an extensi ve use of brown and white imitation lea ther; heavy, dark blue curtains at the entrance area; and built-in ”windows” for viewing crisp slides of space scenes. It is designed like this one that are rejuvenating after-hours entertainment in the former west Berlin. In the famous mendelsohn theatre building in Berlin, “universum” (universe) is translated into design. Architectural elements from the time of the first moon landing are mixed with images from early space travel . The lounge follows the curved shape of the building. Whilst subtle detail screate a technical atmosphere within a warm colour scheme. 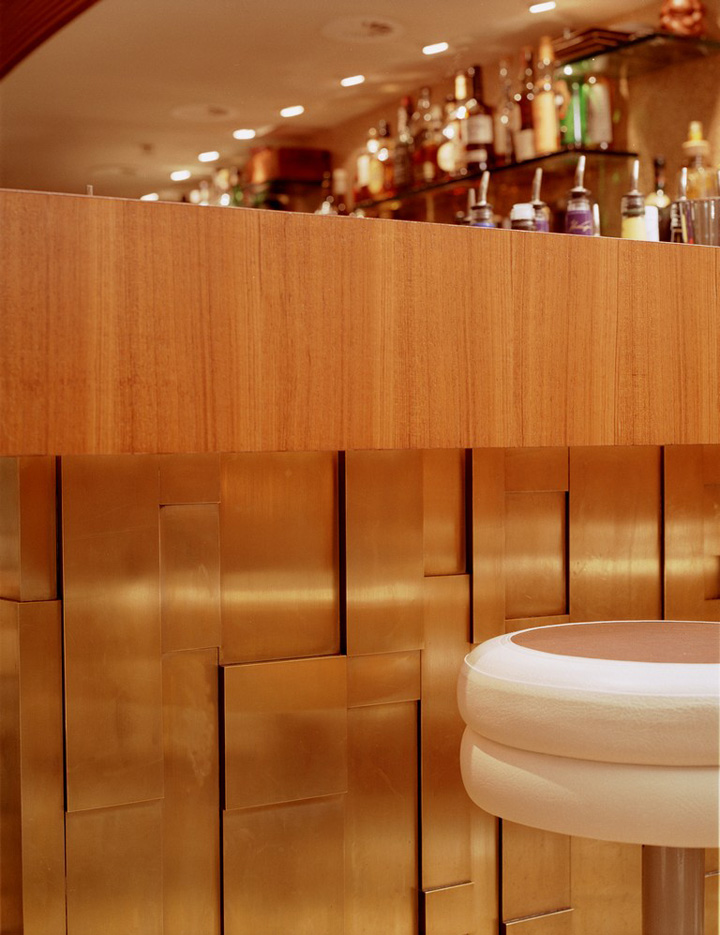 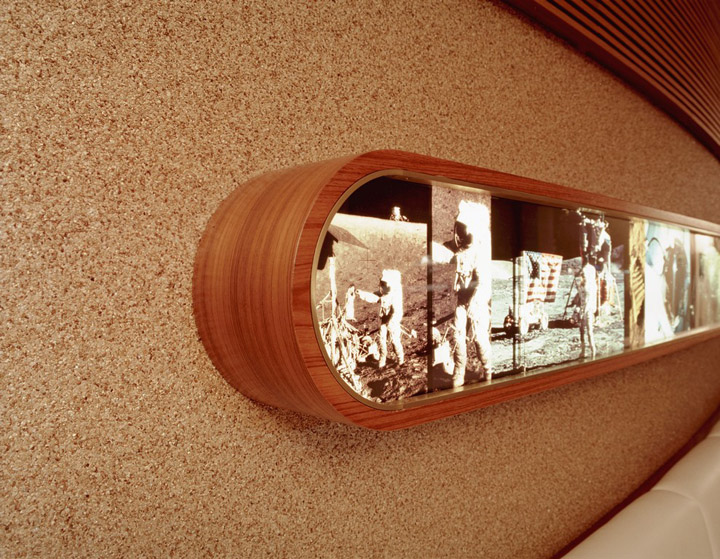 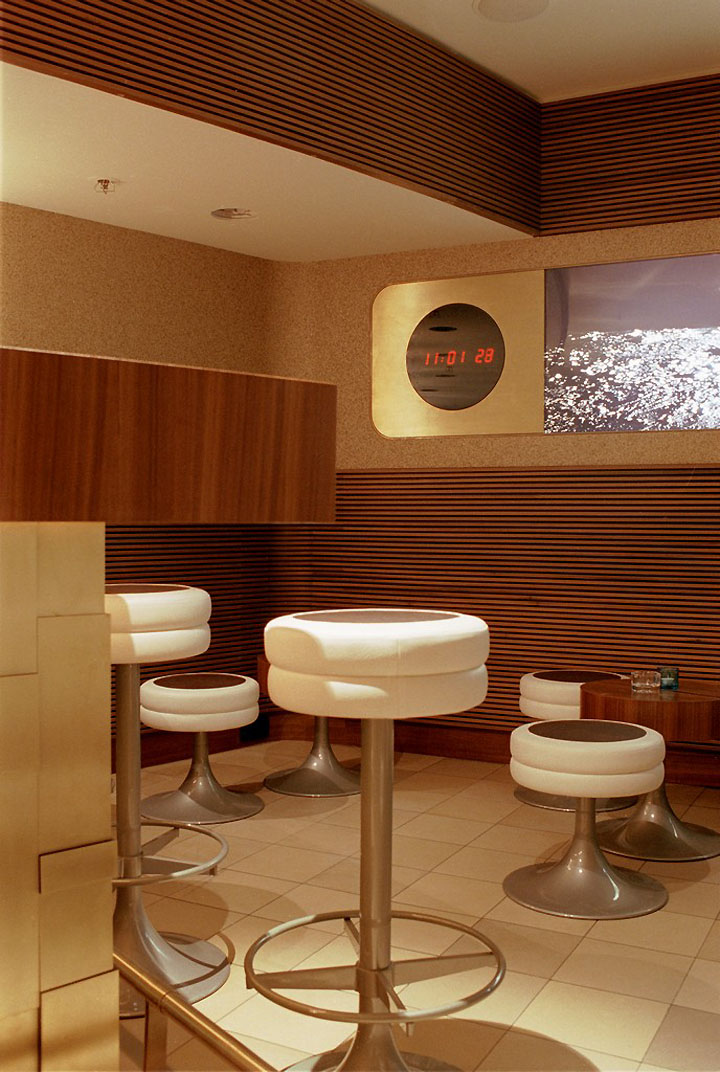 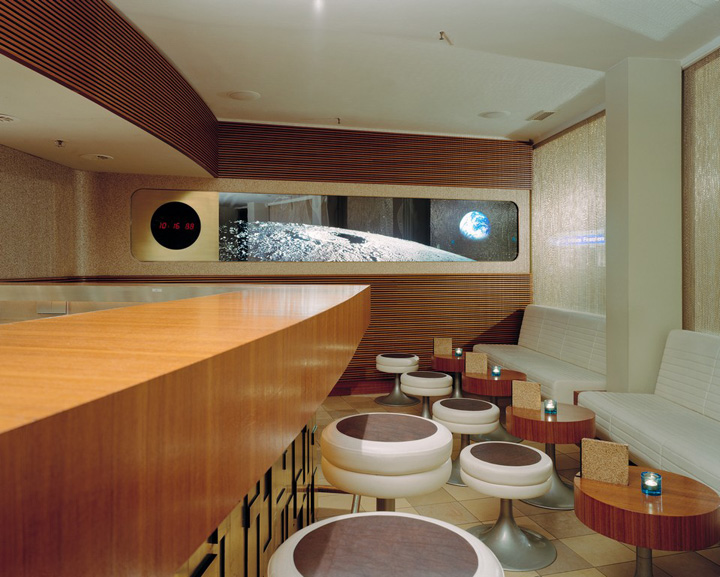 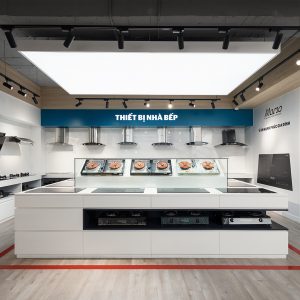 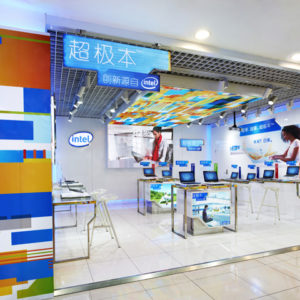 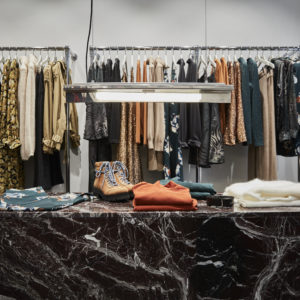 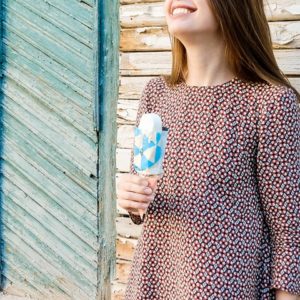