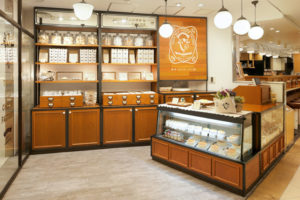 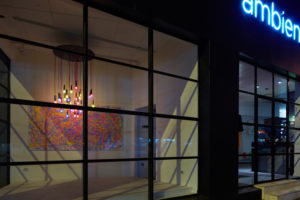 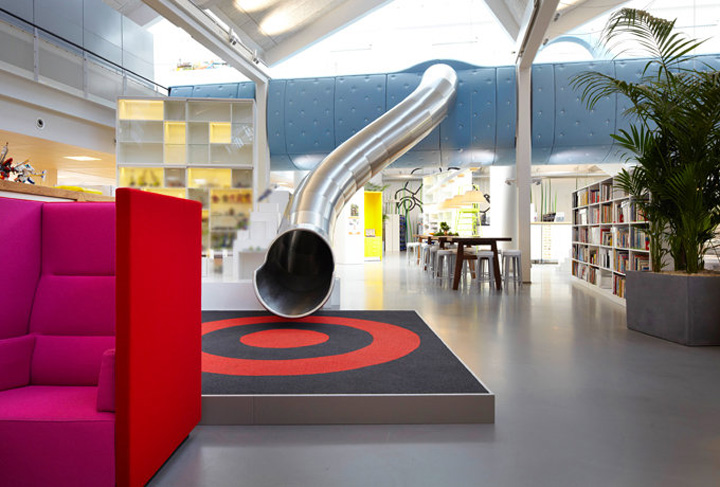 Wall papers with giant blades of grass, tables with built-in bonsai gardens and a slide connecting two floors. LEGO’s development department has a new working environment with an emphasis on fun, playfulness and creativity, where the physical design lets grown-ups enter a child’s fantasy world. Future LEGO products are created in the development department LEGO PMD. Now, the department’s designers have a work space where the physical setting supports the playful character of the work. Rosan Bosch has created a physical working environment for LEGO where development, play and creativity are integrated into the spatial design. In order to create a design that matches the creative development process in the department, the imagination was given free reins. Across the large space, an existing walkway was turned into an oversize seating area with a light blue colour that transforms the walkway into a light, fluffy cloud. The cloud twists and turns and unfolds to form sofas, sitting podiums and a slide that connects the two floors. A striking graphic design on the wall with giant blades of grass and an oversize LEGO man strike a contrast to the bonsai gardens with tiny LEGO people that are built into the tables. One’s sense of scale is challenged – who is big, and who is small? In this physical design, children’s fantasy world becomes a part of everyday perception and defines a setting for creating new designs for games and play. The new LEGO PMD is a children’s universe where the imagination can be unleashed – for children and designers alike. In this new development department, LEGO designers can immerse themselves even more fully in the children’s universe. Because the purpose of LEGO is not only to make fun designs for others to enjoy – at LEGO PMD, work too is supposed be fun. 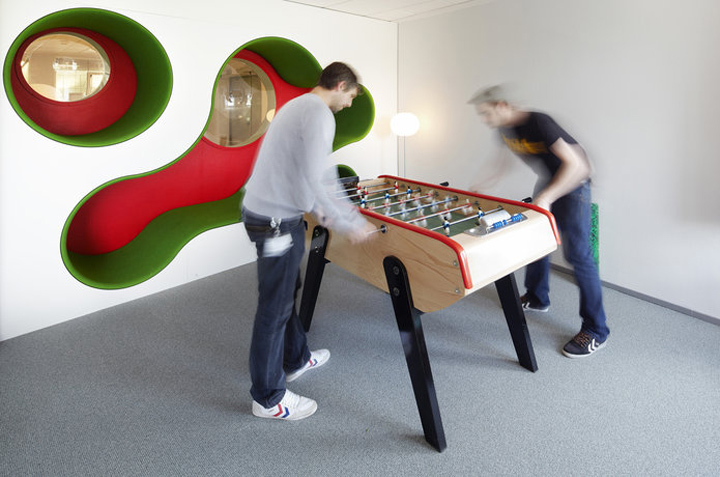 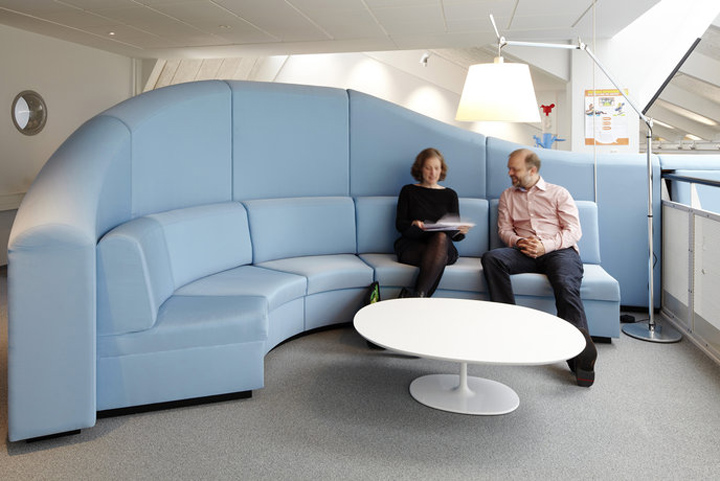 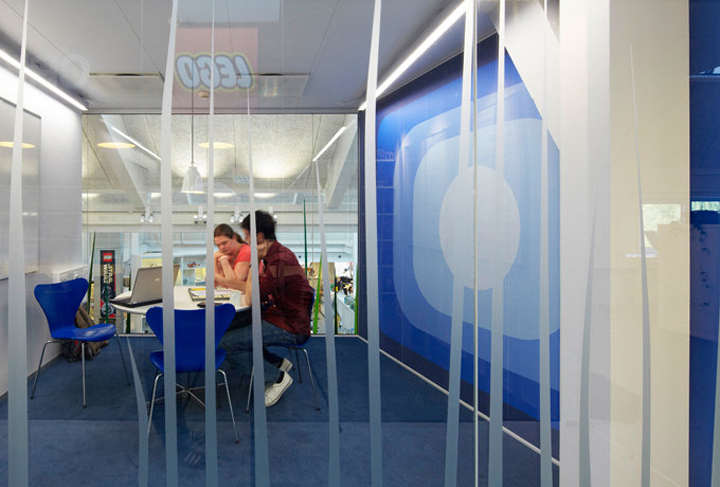