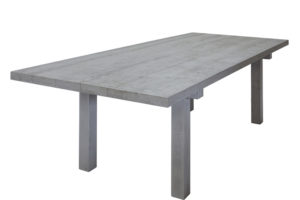 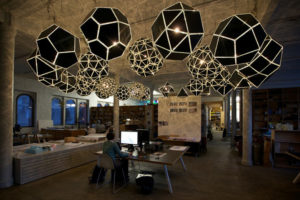 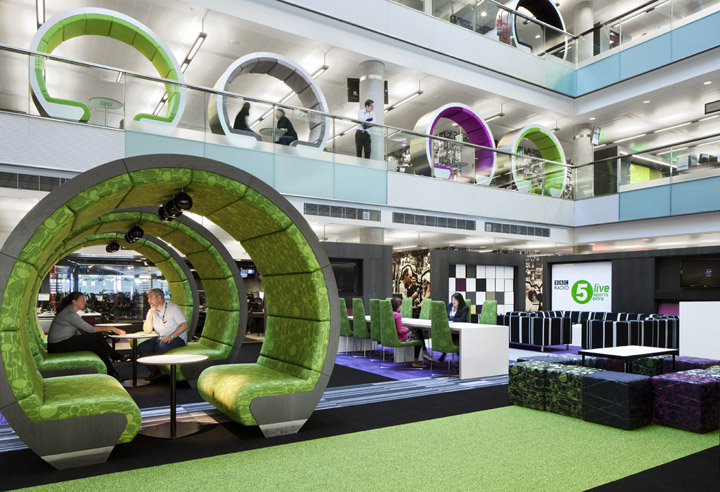 BBC North is one of the most ambitious projects in the BBC’s history. Opening a new creative hub in the North of England was motivated not only by a commitment to spend the licence fee more fairly across the UK but also to get closer to audiences across the region. More choice, less space
Taking the lead from the vibrancy of shared spaces and amenities found in cities, BBC North has been designed to capture this vibrancy, offering more choice in less space. Amenity-centric rather than desk-centric, the workplace supports agile working across a variety of desirable work settings tailored to a range of activities, whether holding a team meeting, making a phone call, editing content, having an informal catch up, tweeting or blogging. It even doubles as a studio space, providing the backdrop to a variety of broadcasts. The ‘meeting pods’ that line the atrium of one of the three buildings at MediaCityUK in Salford have created an iconic image for BBC North. Transforming dead space at the edge of atrium, too narrow for desks or rooms, these visually striking pods, referencing digital pixels in form and colour, have created both focus spaces and intimate collaboration opportunities within the most public of places, connecting all to a marvellous view with the open atrium. These are spaces designed for people which also meet ID:SR’s brief from the BBC: to provoke a smile! Activity-Driven Design
Applying their activity-driven design approach, ID:SR worked with the BBC to create a design solution that would allow them to work more effectively and creatively in less, more efficient space. They launched an intensive and energised programme of user engagement. Over a period of seven months the process included interviews, feedback sessions and people profiling in addition to building workshops, show and tell and look and feel sessions. Coupled with the findings from the workshops, benchmarking, research and empirical analysis of the BBC’s current space and work patterns informed the vision for the new BBC North workplace. Kit of Parts
As the BBC was leasing its new buildings from a developer, the fit-out needed to be sculpted between the Cat A. ID:SR’s solution was a flexible ‘kit of parts’, a series of related joinery items which would sit within the base build structure creating a variety of semi-enclosed spaces. Minimal impact to the sub structure of the buildings meant that this approach was not only flexible and cost-effective, but also offered a sustainable and future-proof solution. Designed with ‘velcro and wheels’ flexibility these spaces are easy to reconfigure, allowing people to ebb and flow and also allowing work patterns to evolve alongside advances in digital technologies. Currently (December 2011), the BBC is just over half way through a 36-week migration. By April 2012, 2,300 people will work for the BBC at MediaCityUK with an additional 1,000 posts scheduled to join them on site by the end of 2017 – an increase which will be effected without alteration to ID:SR’s original design. Colour and materials
ID:SR set out to design BBC North’s new workplace as a vibrant city with the variety and texture to suit. Each of the three buildings has a slightly different look and feel with the basic type of form, material and finish the same.
ID:SR was inspired by both the digital colour palette and the natural colours and texture found in British-sourced fabrics. Test card colours including magenta, lime green, purple and black and white, run throughout the design scheme, balanced and modulated by summer and autumnal colours such as the heather, purple and fresh green colours woven through the traditional Melin Tregywnt spotty fabric.

Carpet was key to the design, conceived as a ‘digital tapestry’ that not only expresses the digital age but also helps to define areas and assists with wayfinding within the open plan working environments. Coloured lighting also assists in wayfinding, identifying shared amenities across the floors. From the outset of the project, the BBC was committed to supporting local manufacturing and local products. With up to 73% of products and materials manufactured in the UK, BBC North has benefited from a wide range of local talent and skill.
“It was just a case of wow, just wow […] it makes you want to be part of something big, something new, something exciting”, Helen Skelton, Blue Peter presenter, on BBC North at MediaCityUK.

Photographs: Will Pryce and Gareth Gardner 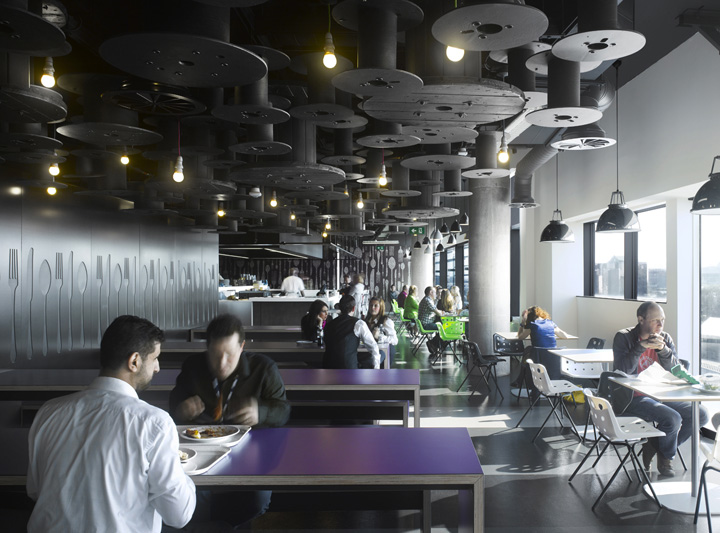 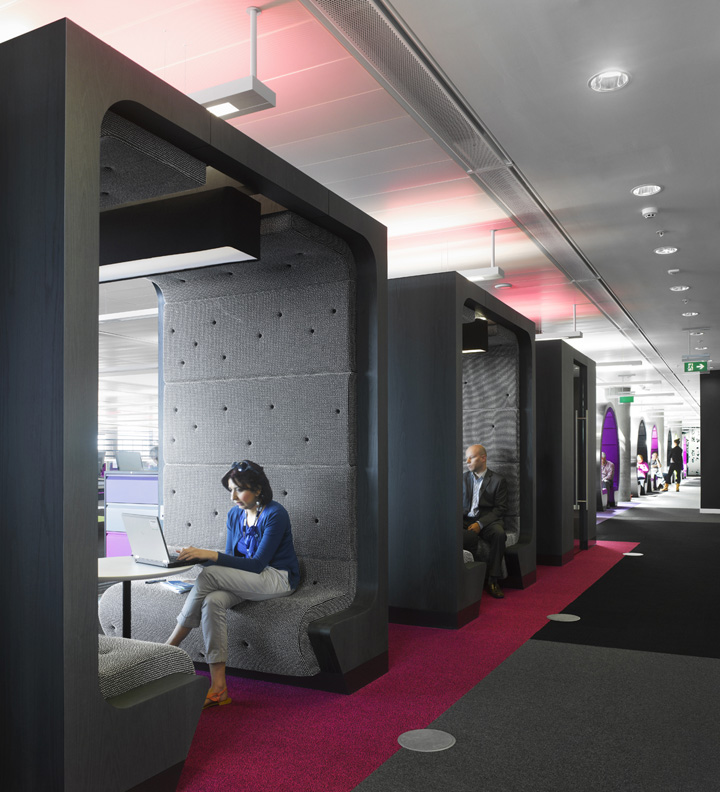 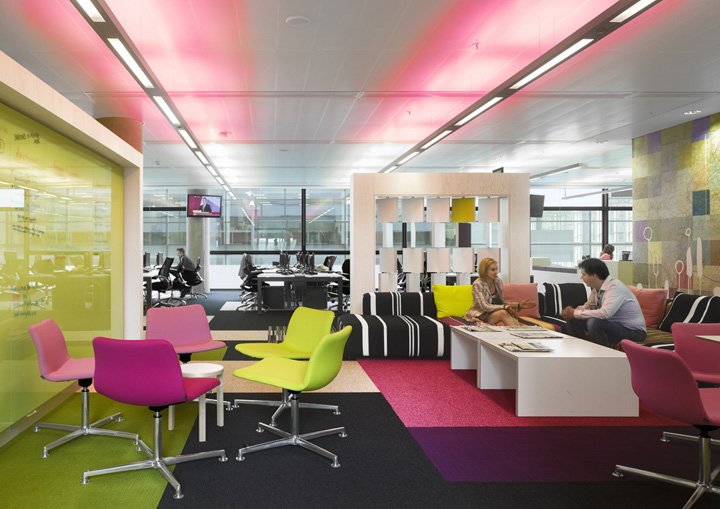 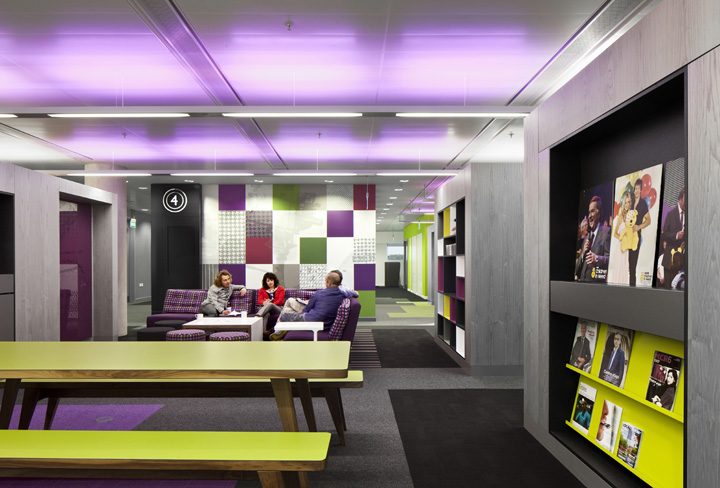 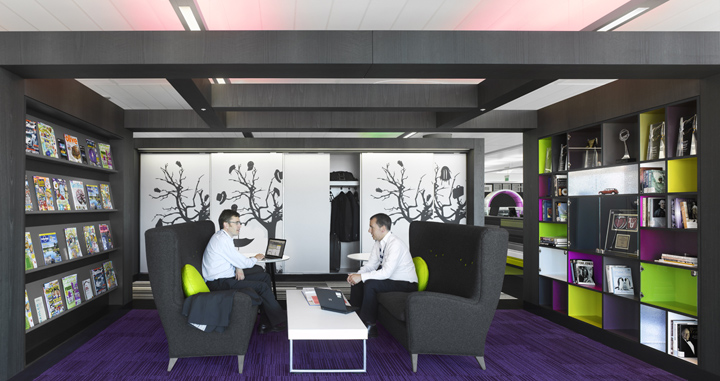 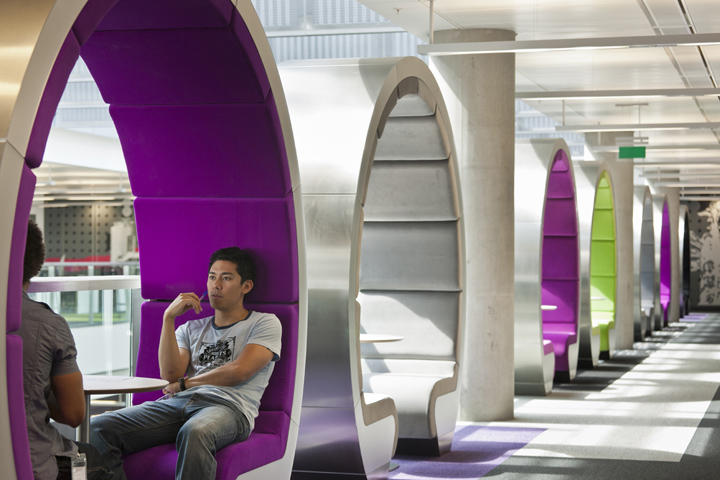 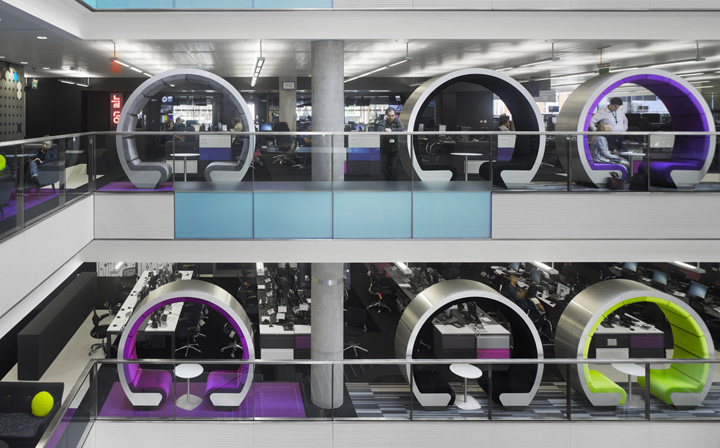 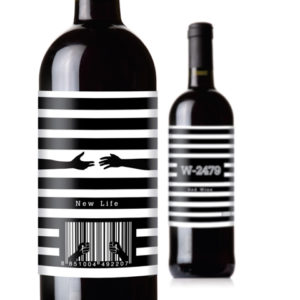 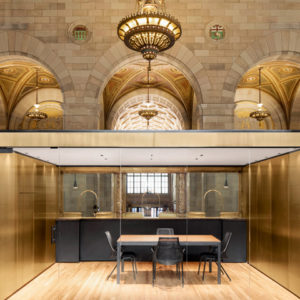 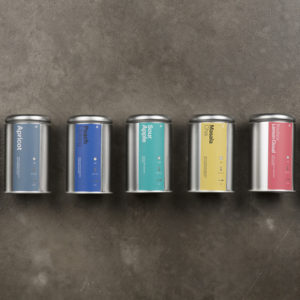 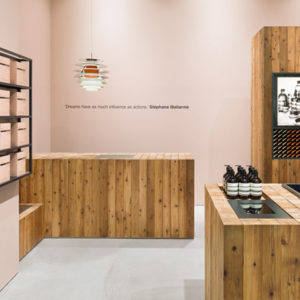