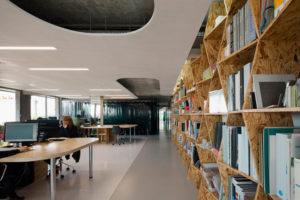 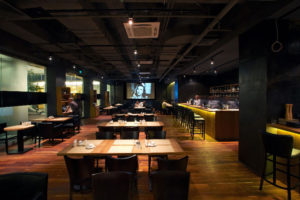 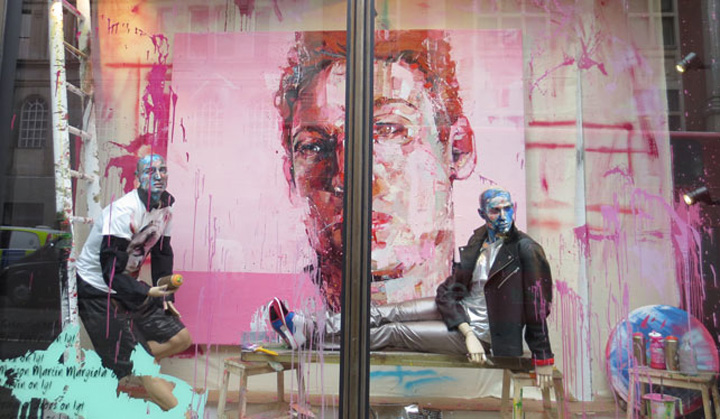 Each of the paintings has an overriding colour scheme. Some of them have two tone colour, some have one primary colour. When we finialise the paintings I’m not sure how much of that will change. What I wanted was that each subject had very distinct personalities from one another. It’s only the second time that I’ve painted a subject that isn’t Caucasian – and that’s Tyler. It’s the first time that I’ve painted a subject with red hair, which is Finn. I wanted each one to speak to a different person, and I wanted that to happen in colour and through their dress and also just through their sheer appearance. For me it was a challenge to jump between the tonalities of the skin. Since 2008 my artistic pursuit has been to deal with concepts concerning masculinity, sexuality and identity. Prior to that I think my art was a bit more decorative. I see my art as being very political now because I have something that I’m trying to say, even with this project. Every painting that I do has something to say otherwise it’s not worth doing! I’m gay and in 2008 I was the victim of a hate crime, so after that I had a reinvigorated way of looking at my art as a political tool to communicate and get a message across. For a while my art became kind of aggressive, kind of scary and violent, and I think I turned a lot of people onto being a spokesperson for things that I thought were not right. I used my art as a way to speak about things that were quite autobiographical. Fast forward five years later, I see it as a ripple effect; stepping out from talking about myself to talking about bigger issues. In this process of stepping out, and becoming more observing and becoming more external with my own work, It’s become less and less about men in particular and become more about people. 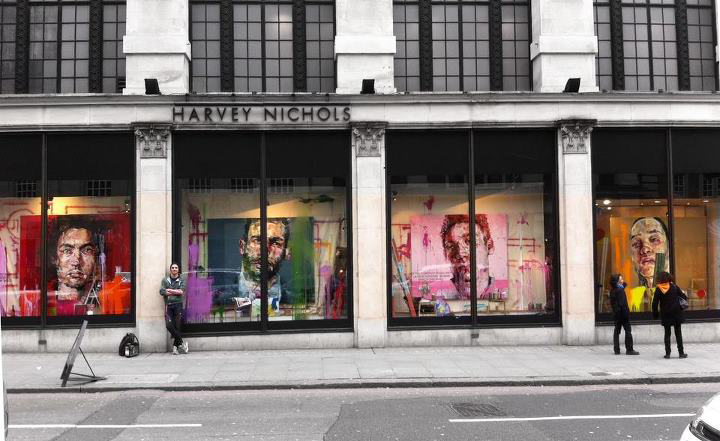 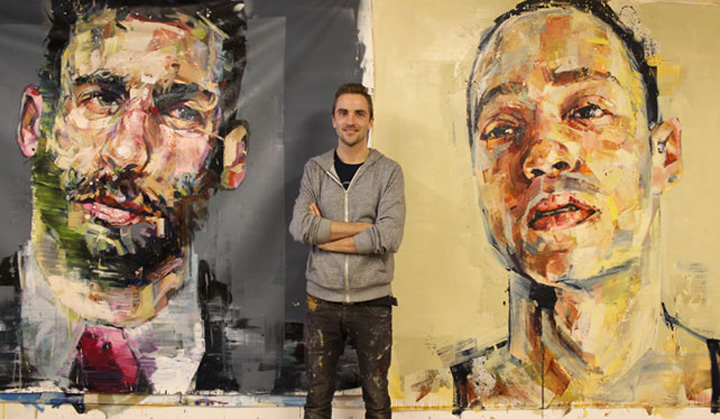 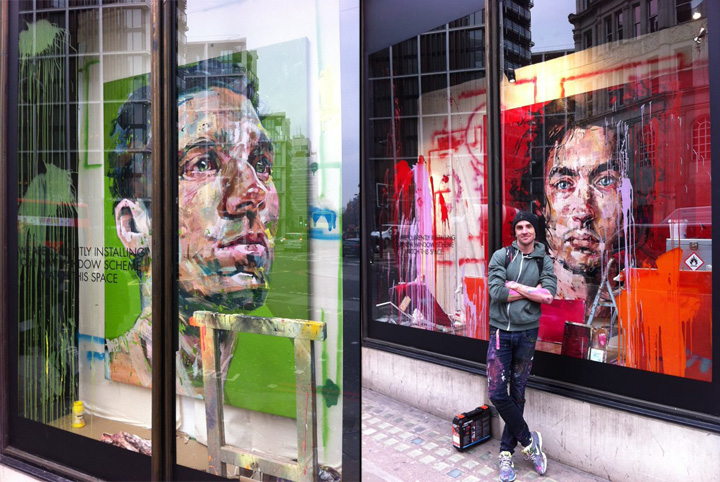 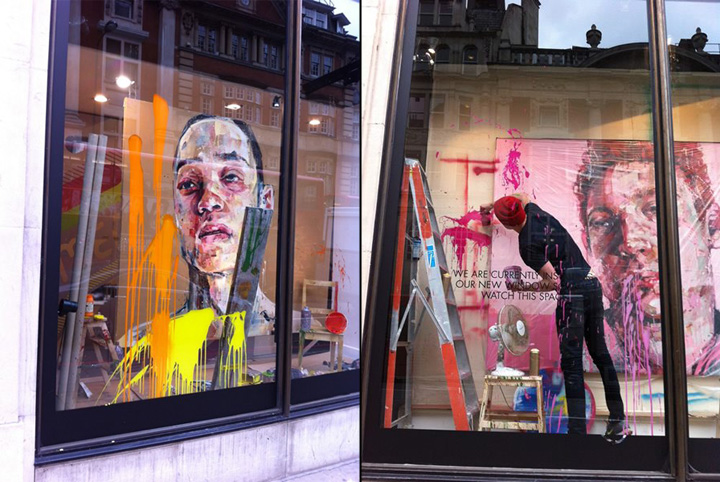 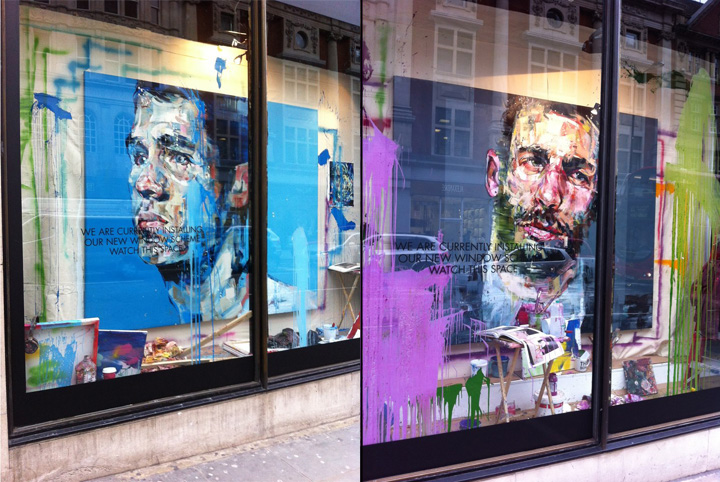 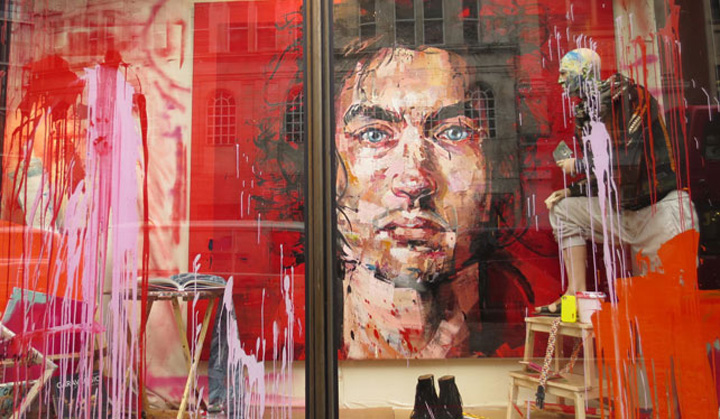 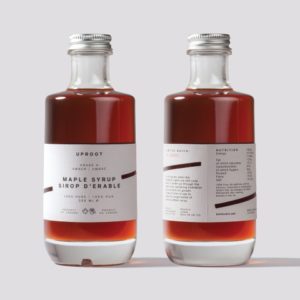 Uproot packaging by Believe in by retail design blog 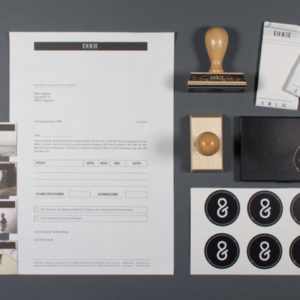 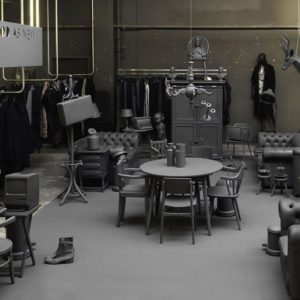 AsGoodAsNew Pop-up shop by i29, Amsterdam by retail design blog 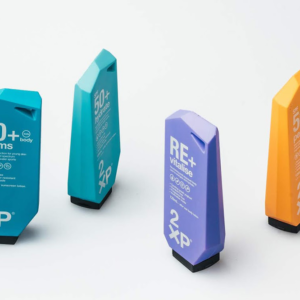