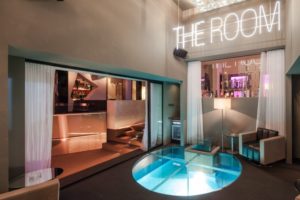 Seeking to consolidate virtual social experiences and a space for transactions, the Samsung Experience store designed by OMA has just opened its doors in Vivocity, Singapore. While relatively open in plan, the store is divided by themed zones, themselves appealing to different demographics and levels of user interaction. A ‘Soft Scape’ is an informal area where customers can test their devices. A coffee bar operated by an app allows shoppers to prepare customizable cups of their caffeinated beverage of choice while partitions divide spaces for training, promotion, performance events and product launches. A streamlined color palette is interjected with moments of periwinkle and interrupted only by the ‘Galaxy Super Wall,’ a major interaction plane composed of flip-dot panels and large format display touch screen. The technological gesture is the crux of the architectural space– client’s movements in front of the wall are digitized and projected for effect. The result is a space that encourages an interactive and informed consumption of technological products– an idea that will become incorporated into the Samsung store typology. 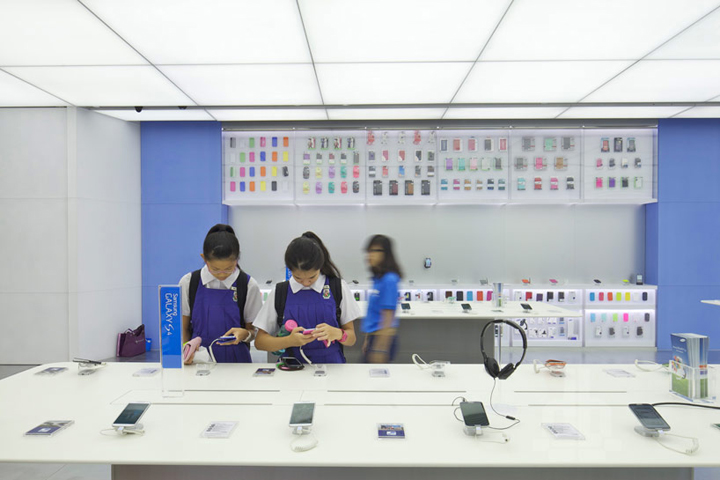 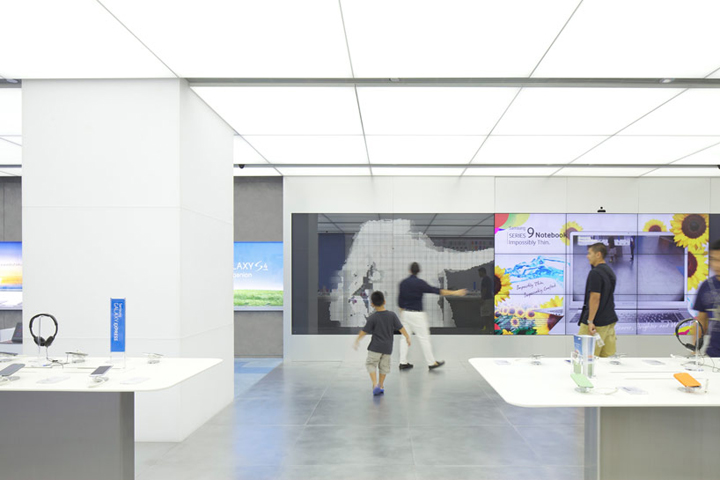 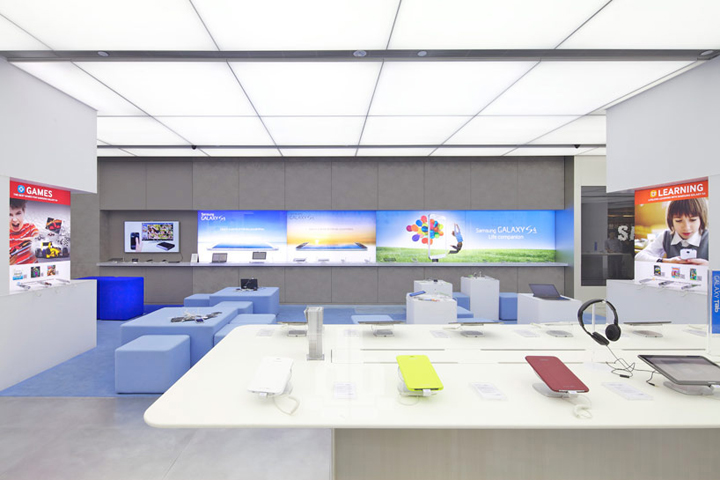 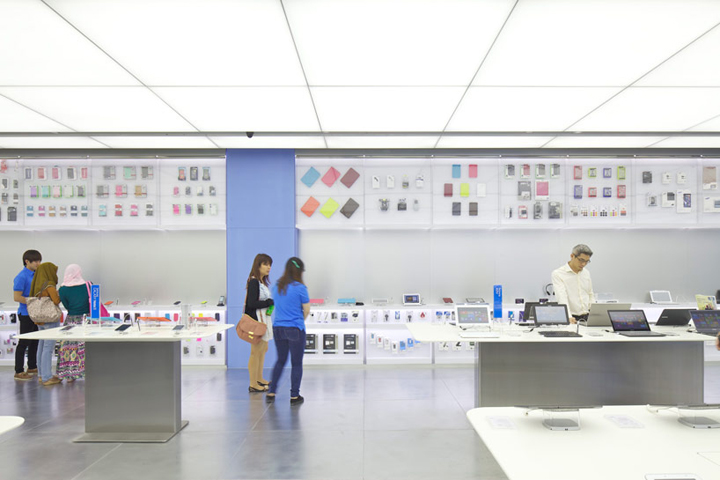 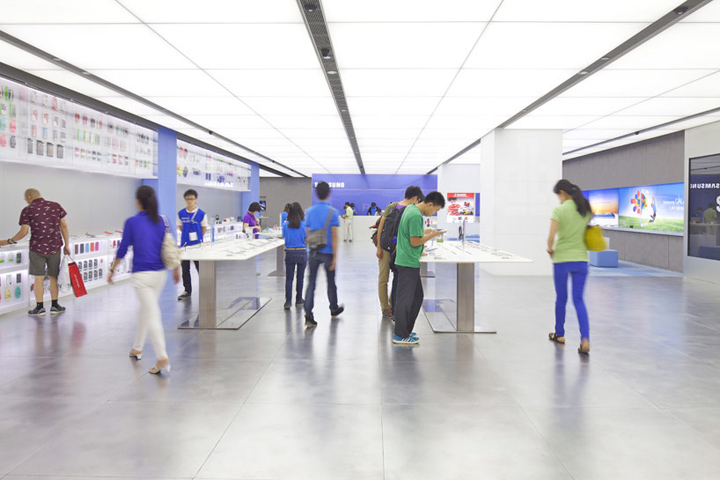