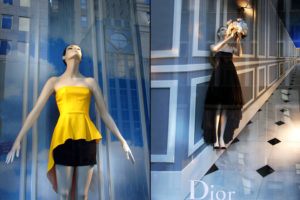 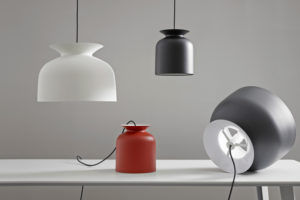 Insun Lotte Cinema by One Plus Partnership, Tianjin – China 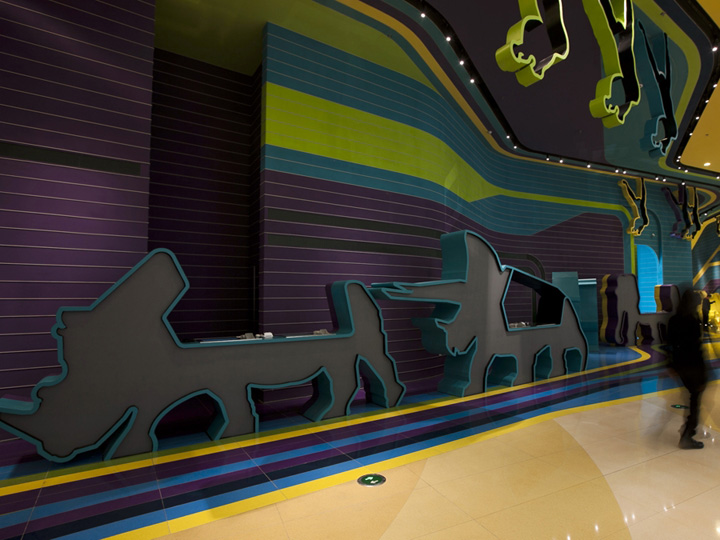 Hong Kong based husband-and-wife duo Ajax Law and Virginia Lung, of design studio One Plus Partnership, have carved the niche of a graphic and experience-charged interior with their latest project. Located at the tranquil cultural district in Tianjin, China, the Insun Lotte Cinema now offers a colourful playground for children. Guests enter the cinema through a white minimalistic-styled entrance alongside the outlines of sheep and ostriches, which appear to be racing into the cinema along an ‘animal racetrack’. Inside, a bold rainbow of blue, green, yellow and purple provides a backdrop of the three-dimensional racetrack. Creatures, such as bears, rhinos, camels and even dinosaurs are waiting for the race to start. Whilst taking part in the game, the silhouettes of these animals also house the ticket booths throughout the lobby. Running along the tracks ahead, here comes the corridor area that leads to the different theatres of the cinema. Just as those in the lobby, the animals here are also taking particular responsibilities to serve the audiences in the corridor area. For instance, foxes and baboons lend their backs to provide several seats, while giraffes and camels keep concentrating on the competition on the tracks. Furthermore, some ribbons on the ceiling convert into monkeys and 3D signs, aiming to lead the audiences to their desired movies ahead of the other animal runners in the race. Finally, the audience members reach the theatres. Here the blue, green, yellow and purple colours spread out along the walls and seats but are gradually toned down so as not to distract from the vibrancy of the feature movie being played on the screen. 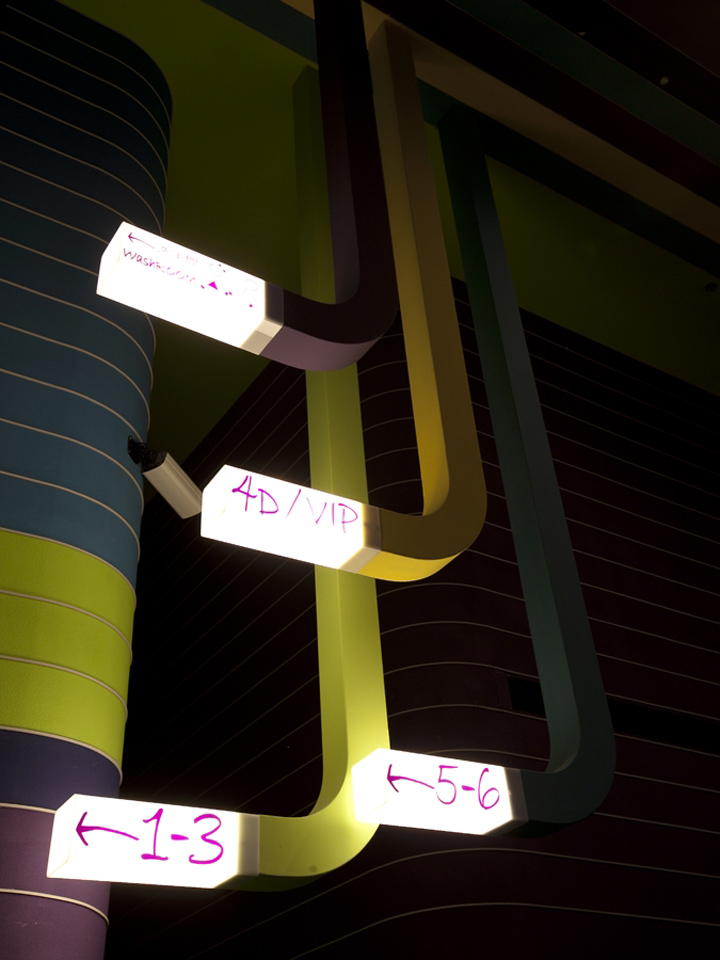 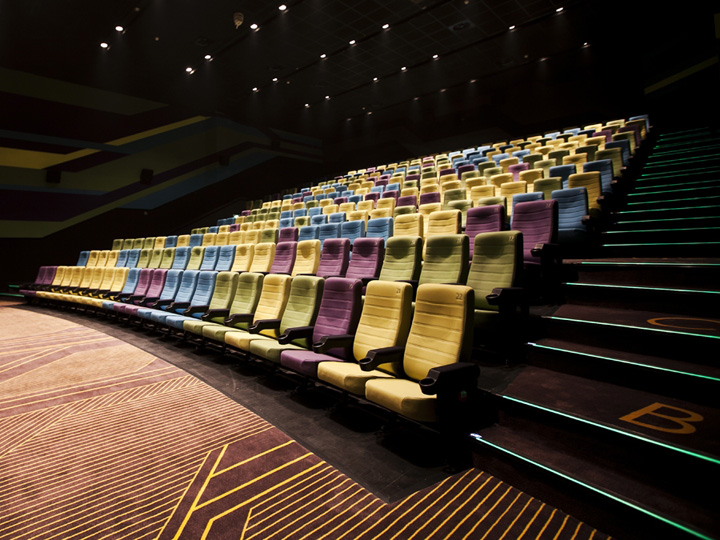 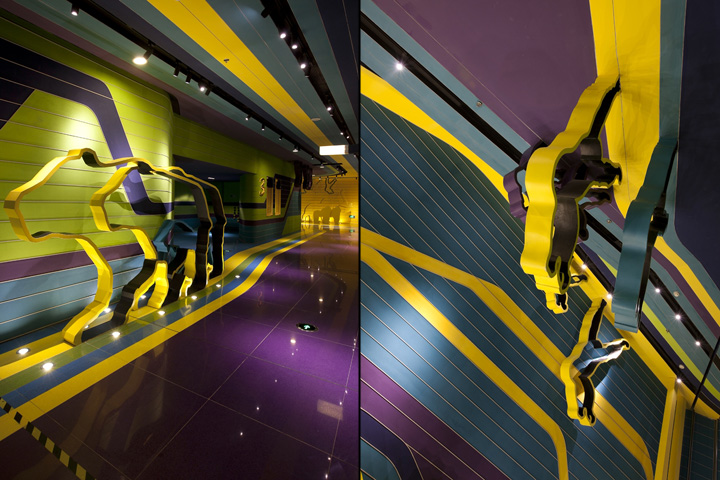 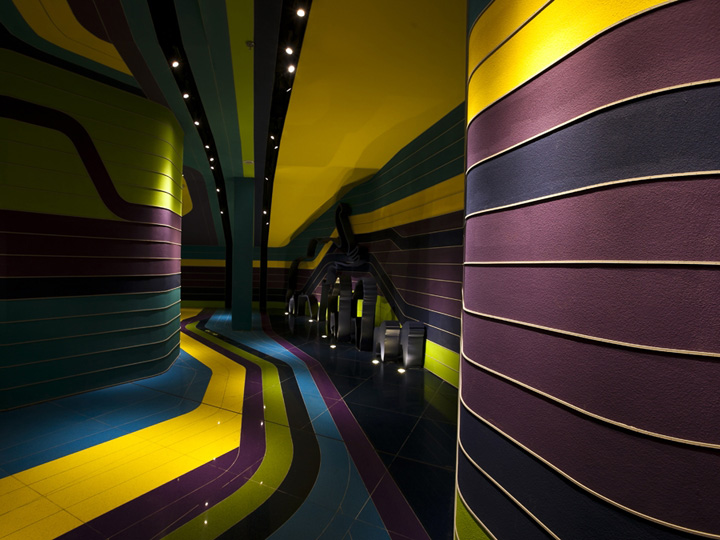 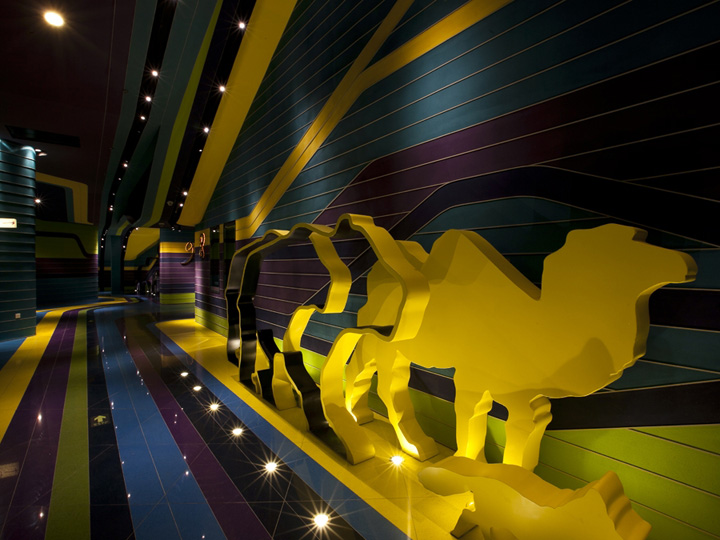 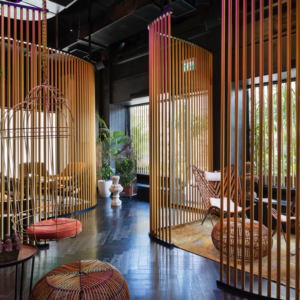 The Lighthouse hotel by Nestor Sandbank by retail design blog 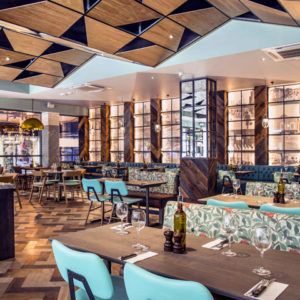 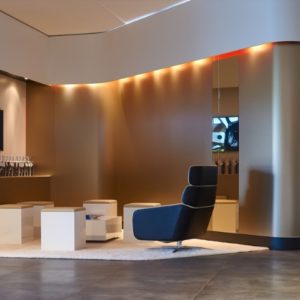 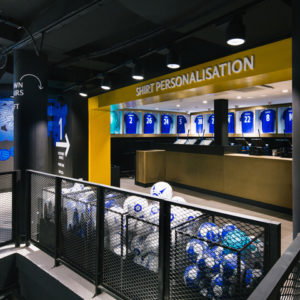