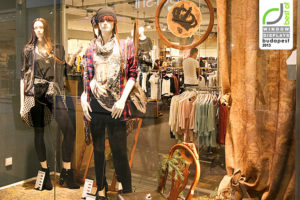 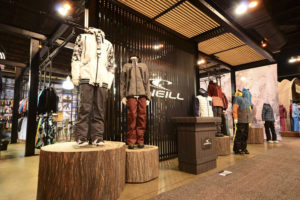 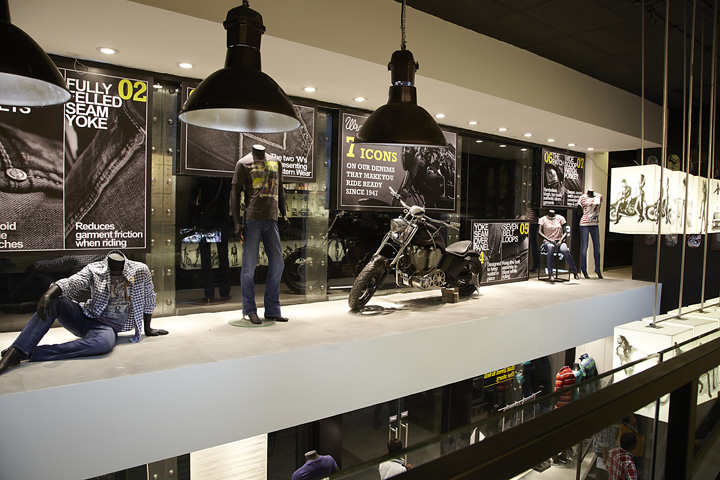 Designed by Restore Solutions, the space derives its inspiration from the biking and American work culture of the 50s, where an interesting play of design elements complete the brand story. Exemplifying an industrial warehouse style note, VF Brand has unveiled its recent store housing merchandise from Lee, Wrangler and VANS at the 100 feet road in Bangalore. Spread across 4900 sq ft, the store design concept revolves around the American work culture in the 50s and biking culture. “Our creative approach for the store was to build around the main story line and use design cues from the brands signature to enforce a design language within the store. We took up on the rivets as an element. Rivets form part of the merchandise, and symbolically depict a working environment. This reinforced the story line at the same time lent a nice visual texture to the store,” explains Stuart Richard Simon, CEO, Restore Solutions. The store front had a full height glazing which was restructured to give the appearance of columns, with rivets complimenting the design concept while backlit visuals were also put in the facade at different heights and sizes to give it a translucent look. Targeted at the youth, the store is zoned into three main categories, footwear, men’s and women’s apparel. The zoning followed the simple principle of allowing the most eye catching and colourful merchandise to take the front of the store. In this case, footwear by VANS forms the front end of the store, easily viewable from the outside and instrumental in creating footfalls. The footwear section further leads the shopper to the men’s section. On the first level, the women’s section generates elitism and in some ways has approved the design language to take some liberties in terms of treatment and materials used. “We have used pine wood, as the light color made it more youthful. The lighting design used industrial type light holders to go with the concept. Rivets form an integral look of the merchandise; hence rivets were used to adorn the columns inside as well as the railing of the staircase. Besides this, rivets in larger than life size were used on the lawn outside the store,” avers Stuart Richard Simon. The store generates a strong masculine feel, but in case of the ladies section this had been toned down. A luxurious red sofa offset the hard look and provide the contrast that distinguished the ladies section. Further on, light feminine touches were added to the changing room. A light installation at the entrance, printed with American lifestyle images puts the marker down on the design language. On the right side of the entrance, a Heritage wall for Lee going the full height, talks about the Lee story whereas a similar account of the Wrangler brand is positioned on the loft above the entrance. Skate boards, flags, road signs and motorcycles incorporated to the space, further enhances the mood for the three brands and their lineage. 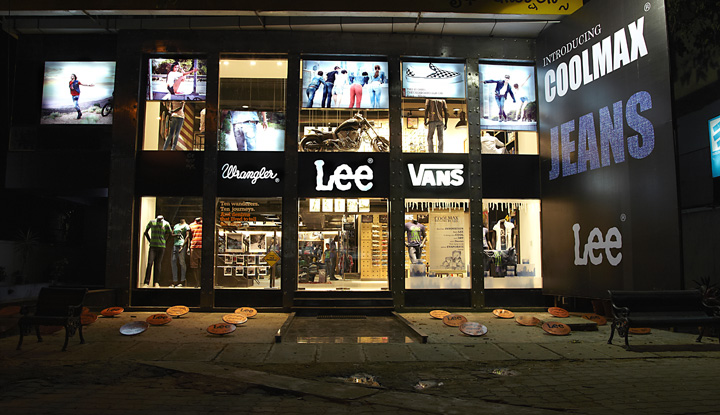 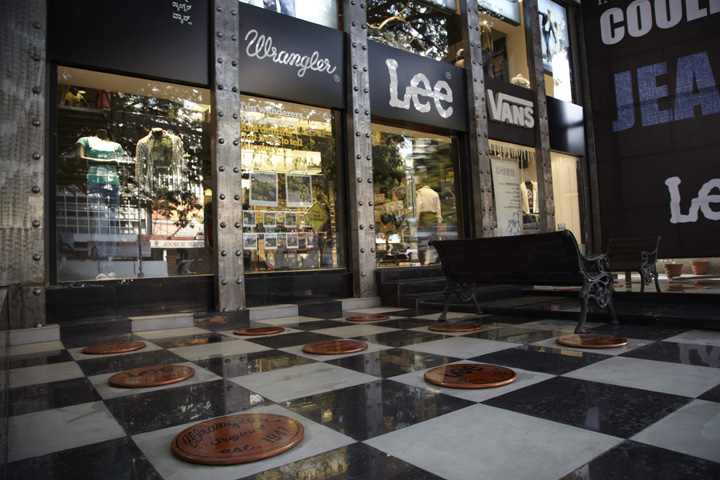 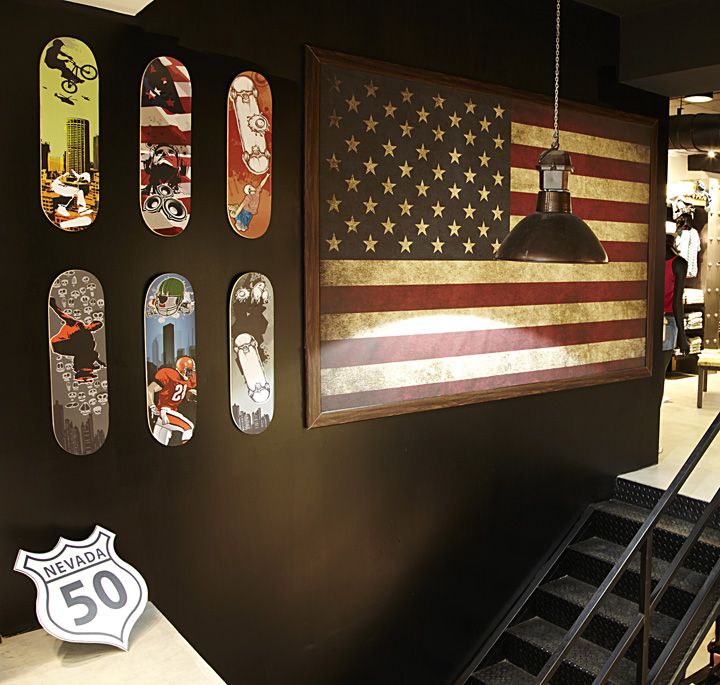 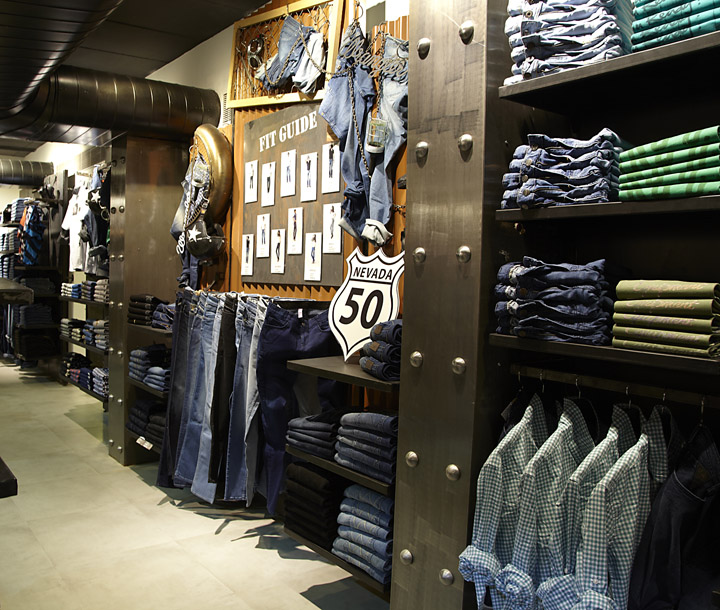 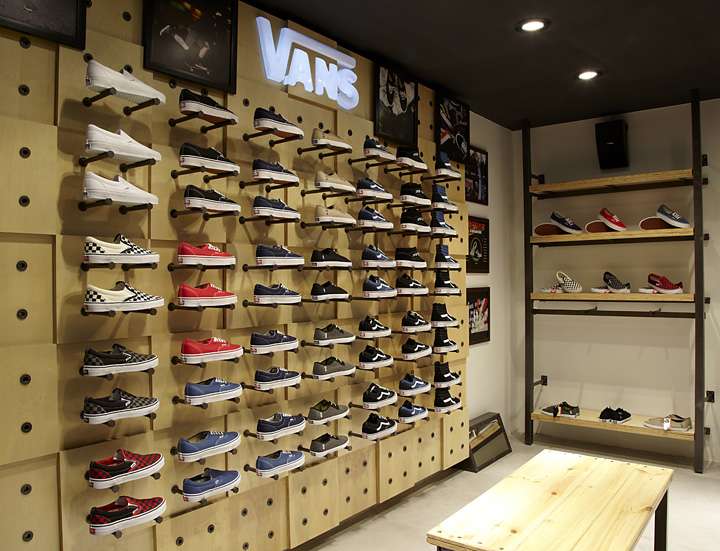 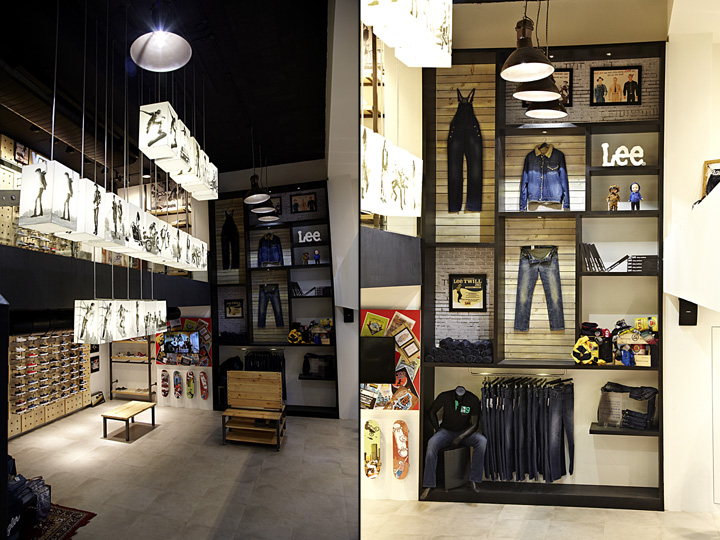 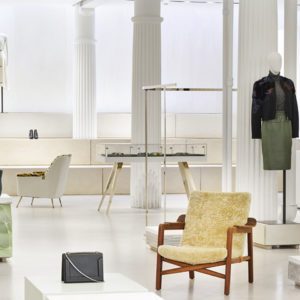 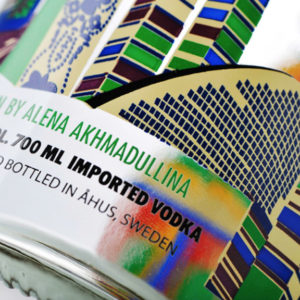 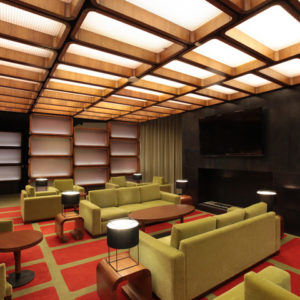 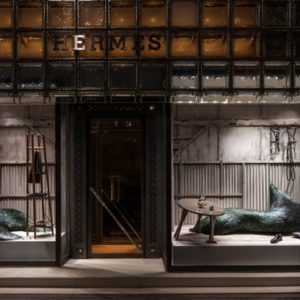