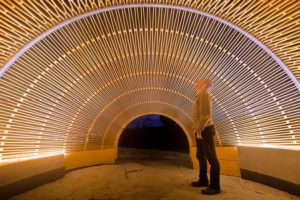 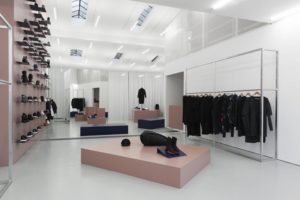 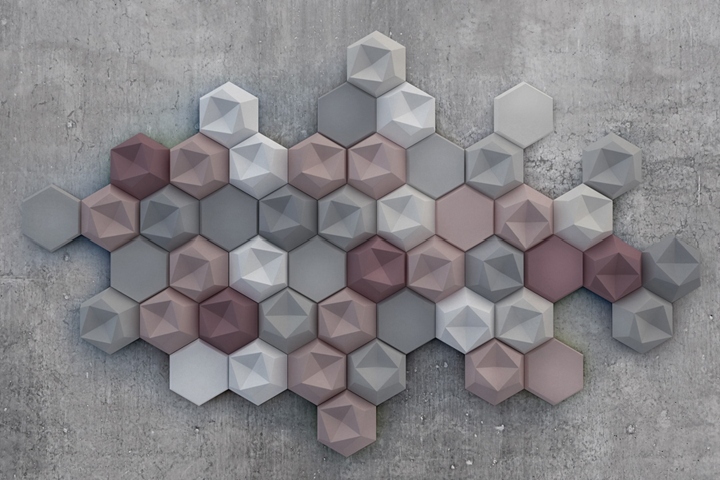 The fruits of a university project some years ago, for which designers Patrycja Domanska and Tanja Lightfoot teamed up, was the concrete tile collection Edgy – as featured in our product design book Goods 2 – is made up of modular tiles that can be used to compose a multitude of patterns and shapes, creating a sound-absorbing material, decorative accent or an integral architectural element. There are two basic forms; first, a 3D tile shape is made up of asymmetrical surfaces that fold onto one plane, forming a hexagonal base. Through an intricate play with concave and convex planes, which accentuate one another, the tile creates an optical illusion, visually pulling the user towards it. Its asymmetry means that it can be positioned in a number of ways to achieve different effects. There are also “2.5D” tiles, which forms the side surfaces to imitate the latter, giving it a playful character, despite the flat top surface. When the designers first teamed up for a university project at the University of Applied Arts in Vienna, the form was developed to be folded out of one piece of cardboard as an acoustic and decorative element for the home. Realising that their lively, geometric design required a new material that responded to the needs of the market, the pair started experimenting by moulding pigmented porcelain, before deciding that concrete should be the material of choice. Five years later, the duo began working with KAZA Concrete, and over time – although its function changed dramatically – the shape and modularity principle of Edgy remained characteristic. Conceived as a decorative wall tile to cover interior walls partially or entirely, it can also be put to use in other areas, such as facade cladding. An important aspect for the design team was to keep this product as a modular system, so that the end-user can be part of the design process by choosing colours and the final composition of the acoustic cloud. 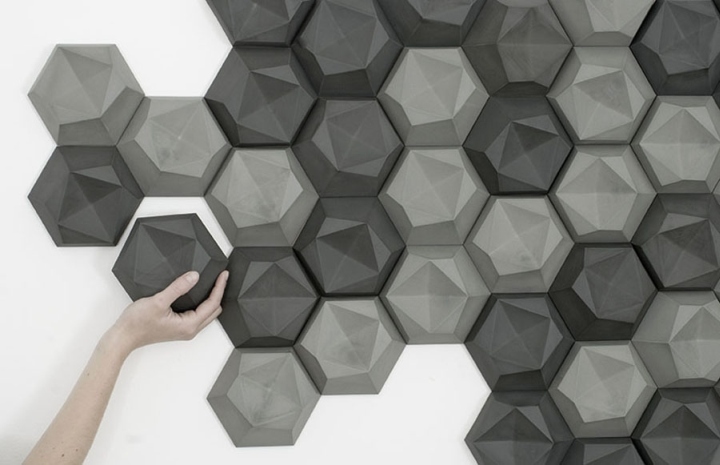 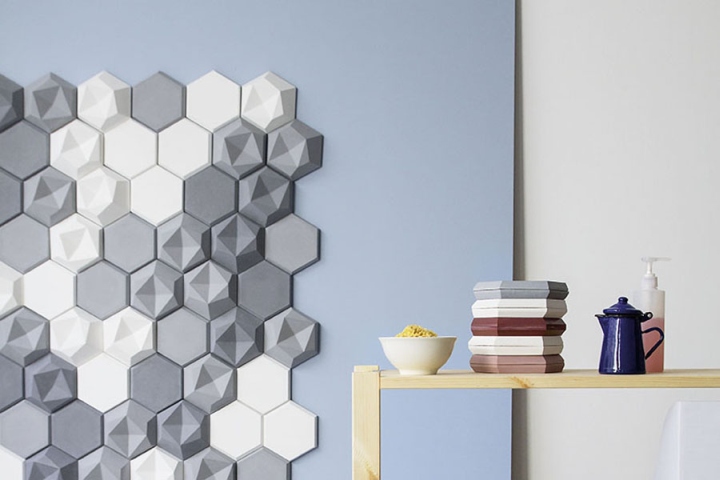 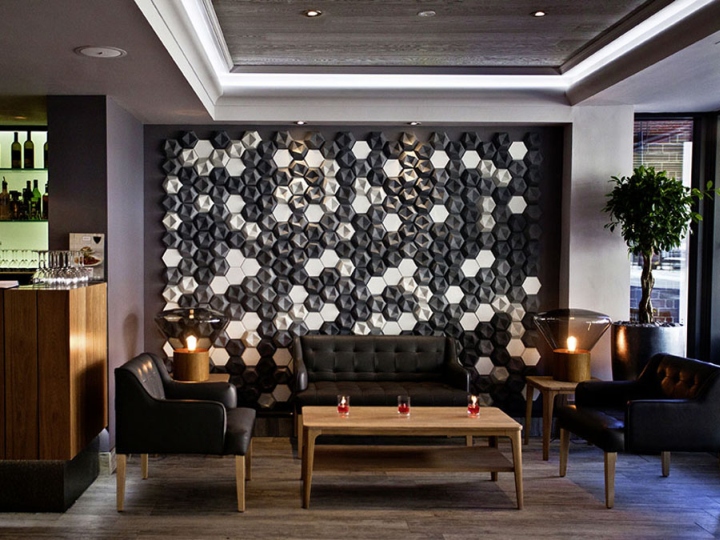 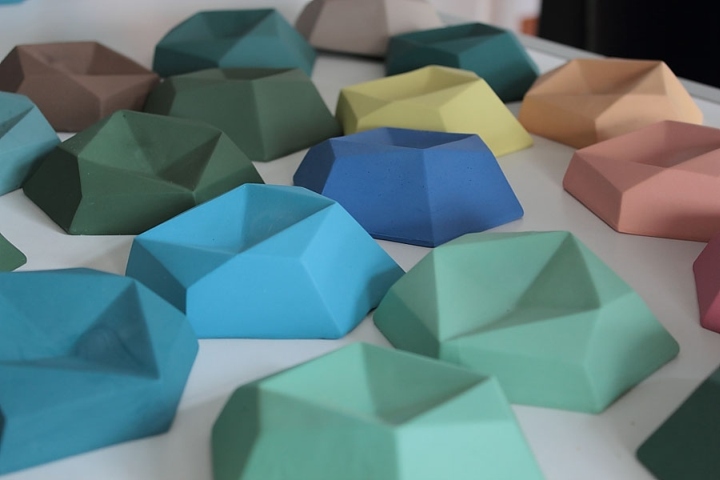 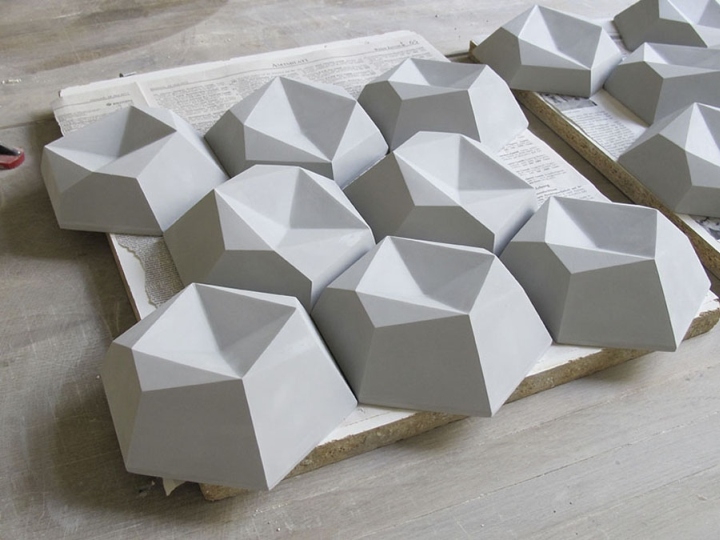 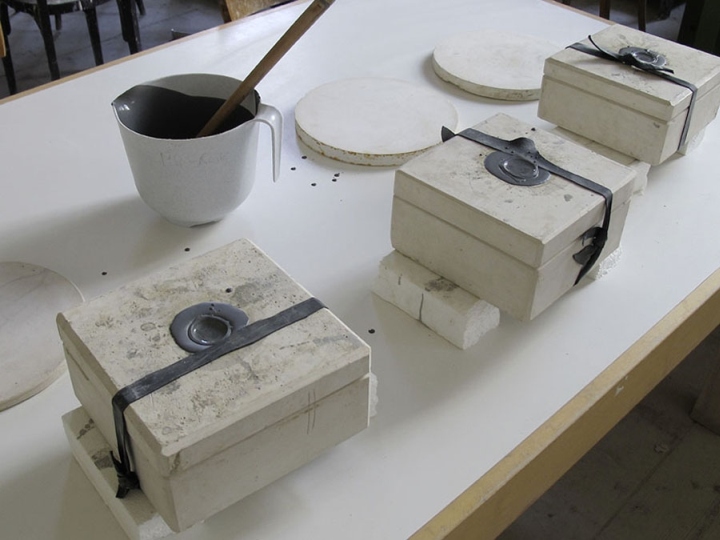 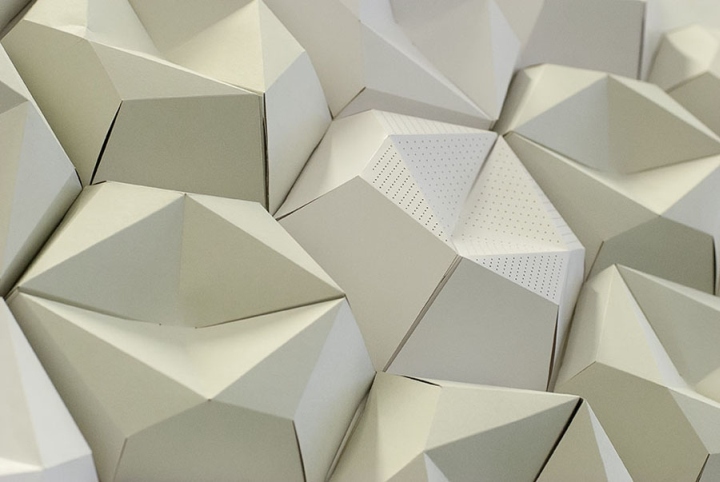 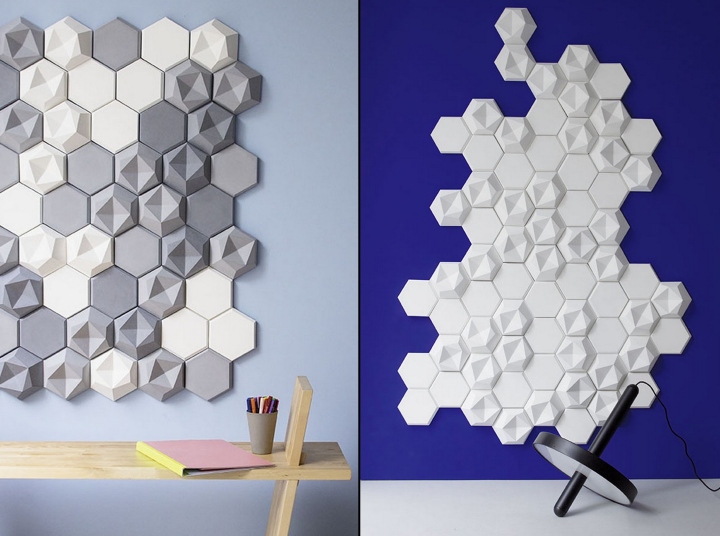 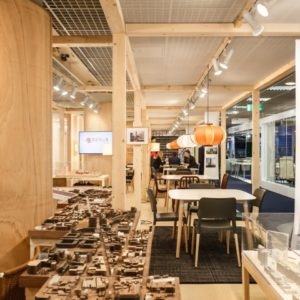 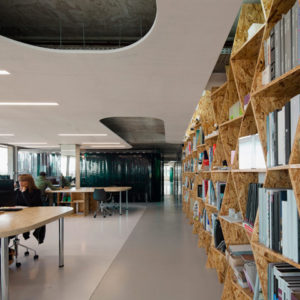 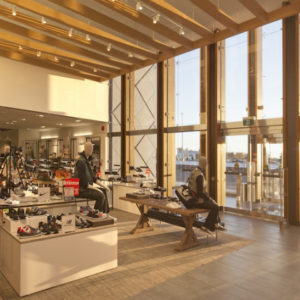 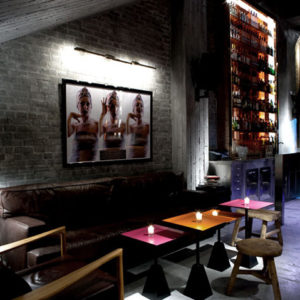