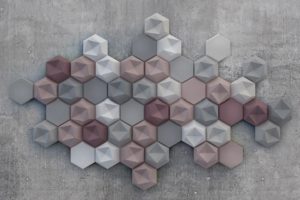 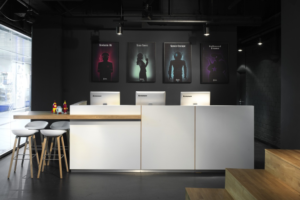 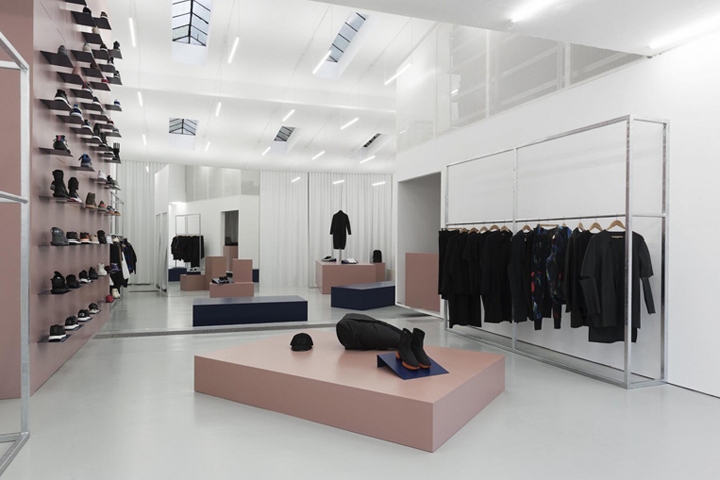 Regardless the age group or geolocation, Adidas doesn’t require any further introduction. The many ad campaigns, much publicized collabs, and of course its elaborate retail network, all allow to get the brand message across. However, it’s in Berlin, Paris, and until a little while ago in London, where Adidas stepped up its brick and mortar presence with a special category of concept stores that specifically aim to signal its forward creative focus and alignment with lifestyle and fashion. The outpost in the German capital, called No.74 first opened its doors in 2008, and has been a prominent showcase for a more defined product range. Not surprisingly, the store resonated with large hipster audience on home turf and far beyond the city limits, and helped to put the Mitte district firmly on the global shopping map. And now, almost a decade later, the retail space has undergone a striking transformation by creative agency Haw-Lin Services, and which in turn collaborated with fellow Berlin-based practices Geckeler Michels and Schroeder Rauch. Flaunting flawless understatement, the setting is comprised of a mix of materials, smooth surfaces, sculptural shapes, and last but not least, a colour palette of subtly contrasting hues. Lighting also plays a pivotal role, captured by linear lighting suspended across the ceiling. The revamp of the premises is a new impetus for the No. 74 store to stay on top of its game, and when checking out what’s on the shelves, there’s no denying that mission seems a piece of cake. The merchandise is obviously pretty exclusive, and features a fine selection of footwear, apparel pieces and accessories by Adidas brands Y-3, Adidas by Stella McCartney and sports performance as well as Adidas’ collabs with Kanye West, Pharrell Williams,Raf Simons, Rick Owens and Kolor from Japanese designer Junichi Abe. Also included in the product range are the Adidas consortium limited edition sneaker concepts and other highly coveted releases from the Adidas brand across all categories. 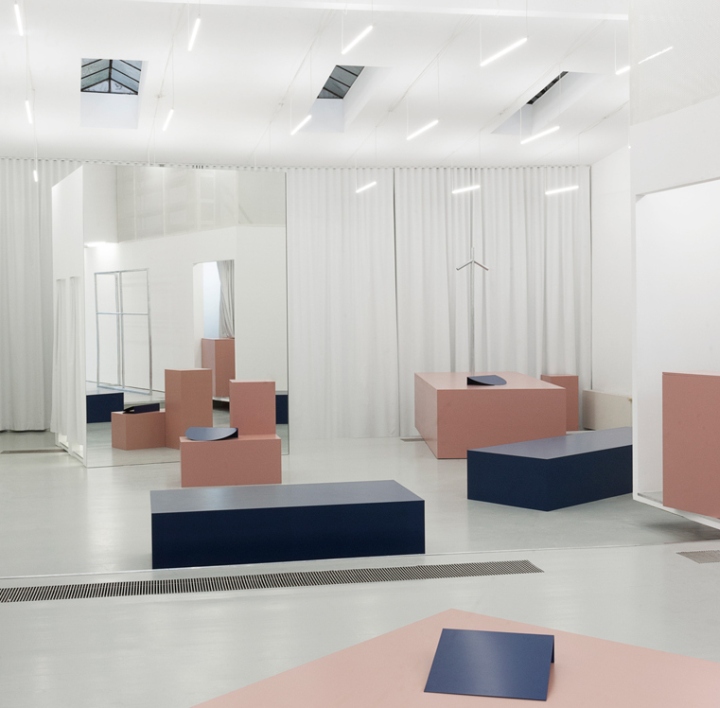 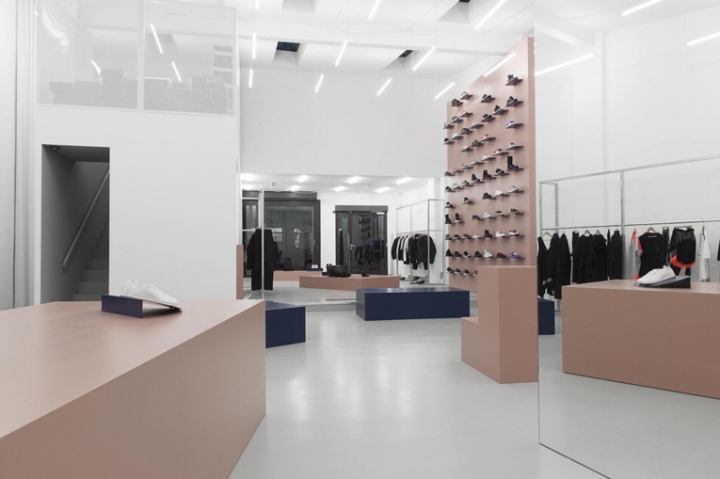 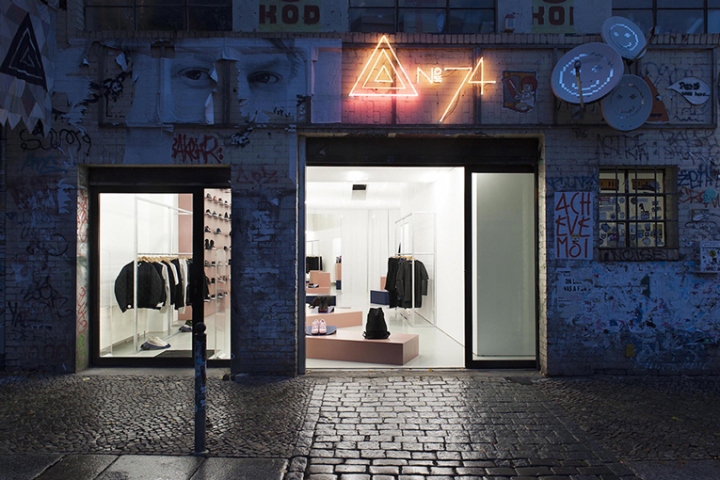 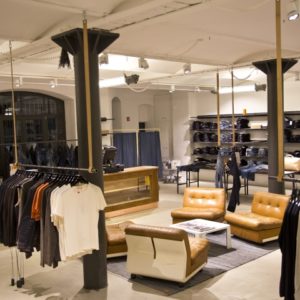 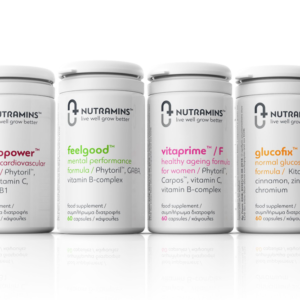 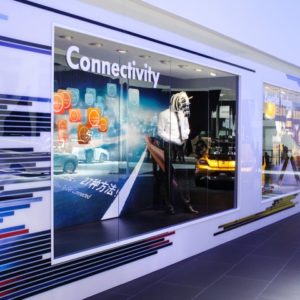 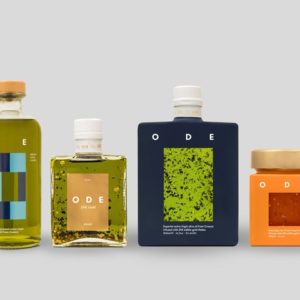