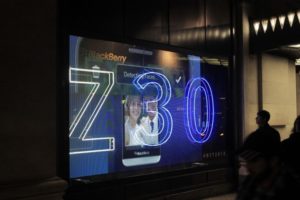 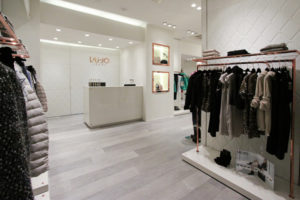 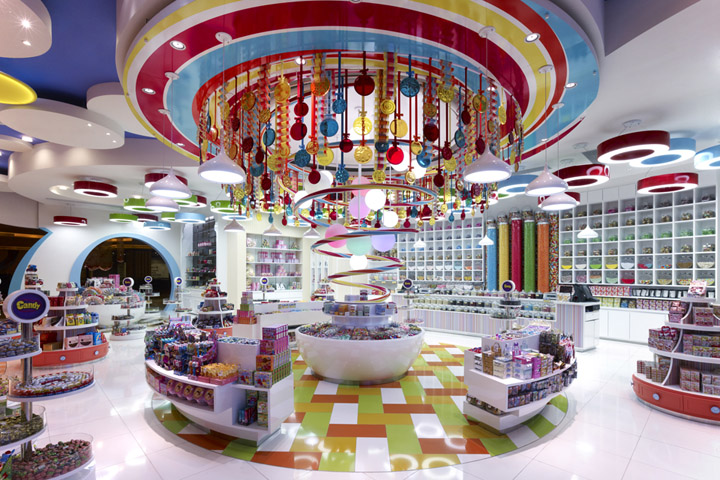 Seattle, WA, July 7, 2013—The candy shop has a swirling vortex of shiny translucent lollipops, enormous egg displays feature merchandise in the baby zone, and oversized models circle the ceiling within the toy department. There is a surprise waiting around every corner. In just under a year, from design to store opening, Callison brought this “fantasy wonderland” to life. Kid’s Cavern, a 35,000 square foot children’s store which opened in the new Sands Coati Central in Macau at the end of 2012, is the brainchild of New Yaohan, a leading retailer in the region. Asked by New Yaohan to create a children’s store with an international flair and a vibrant atmosphere that would set the company apart from the competition, global architecture and design firm Callison designed a toy store that rivals Mr. Magorium’s Wonder Emporium. The exterior of Kid’s Cavern, with nearly 300 linear feet of frontage, has playful circular openings and windows and is illuminated in programmable LEDs. Colors and patterns can change on demand. “There are nearly 40,000 individual LEDs in the storefront alone,” says Christian Jochman, Callison’s Lead Designer on the project. “They offer up a full hour loop of unique computer-controlled programming.” In fact, thanks to dozens of animatronics features, the whole space itself is constantly moving and transforming. A candy chandelier spins, a display table twirls, and an airplane circles. A ribbon of color-changing light cuts through the ceiling, connecting the toy department to the apparel section—like a colorful river in the sky. Colorful custom lights, some shaped as discs, others like clouds, dot the central ceiling. More than a dozen different styles and colors of floor tiles were used to create a path that, like Dorothy’s “yellow brick road,” shows the way, leading customers around and through every section of the store. “When you cross the store’s threshold, you enter another world, where fun and fantasy come together, with giant lollipops hanging from the ceiling and huge dome lights along the paths,” adds Jochman. “There are practically no hard edges in the store, which adds to the flow of the space.” Kid’s Cavern is the ultimate playground for not only children, but for the child in everyone. 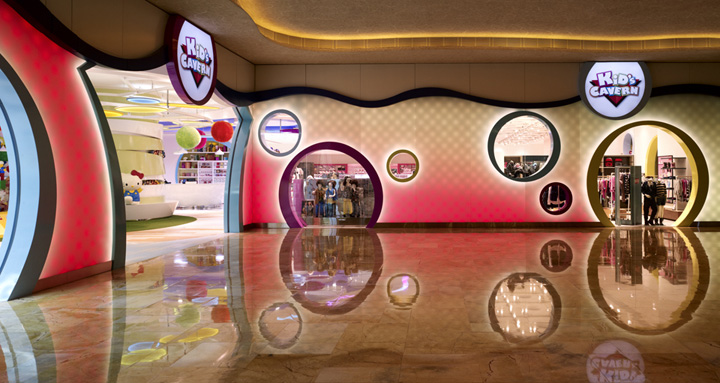 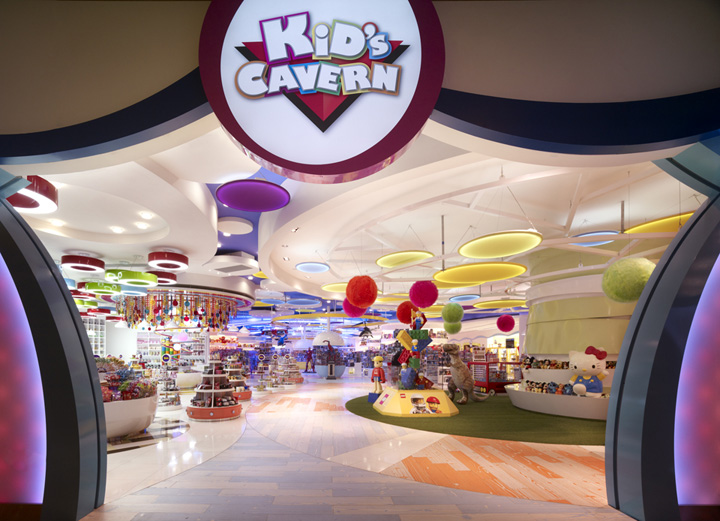 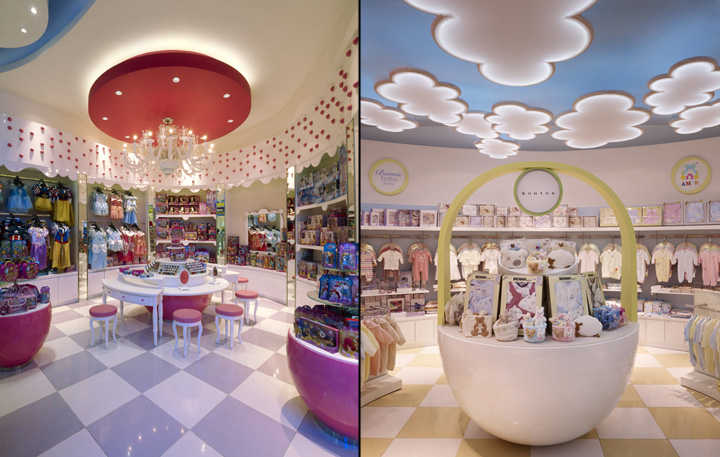 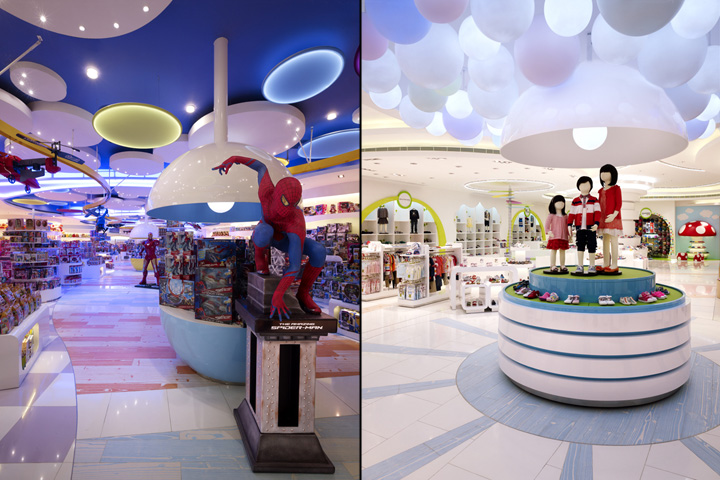 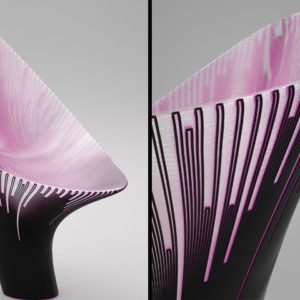 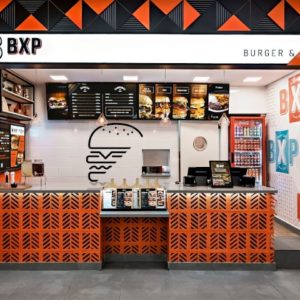 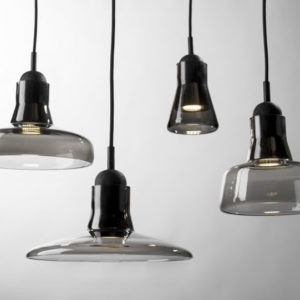 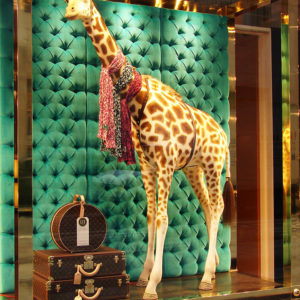