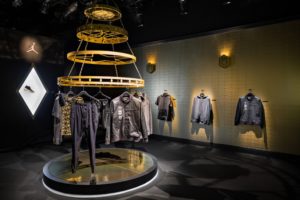 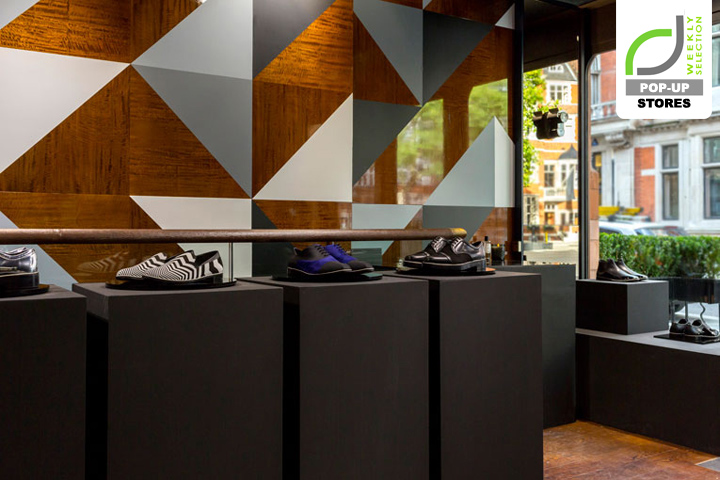 Known for his fashion-forward women’s shoes, Nicholas Kirkwood has now dipped his toe in the pool of men’s footwear. And to showcase his first men’s collection, the British designer has launched a dedicated pop-up store in the leafy Mayfair area. The temporary retail space boasts a stylish setting by designer Mehmoosh Khadivi and is more or less an extrapolation of Kirkwood’s London collections: men’s installation that was presented last summer. Using the existing fabric of the space that includes wooden paneling adorned by graphics in various shades of grey, a series of black monolithic plinths have been introduced. The addition of two motorlight wall lights [a variable angle uplighter that allows the user to adjust the beam angle between 10 and 120 degrees] in the windows create a modern and interactive setting. The Nicholas Kirkwood pop-up store carries the brand’s entire men’s a/w 2013 collection. 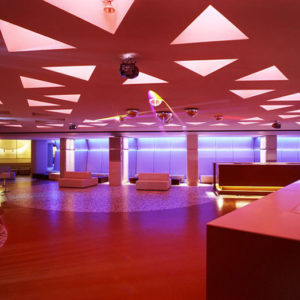 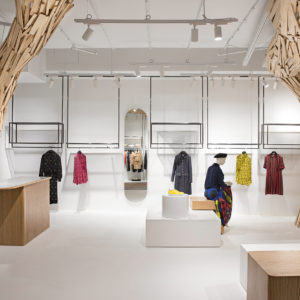 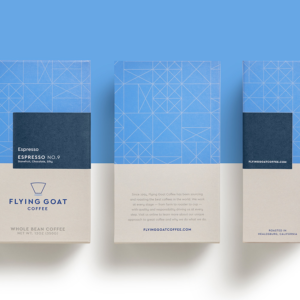