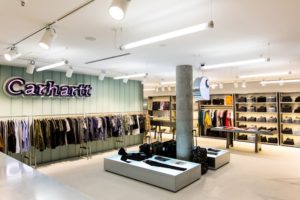 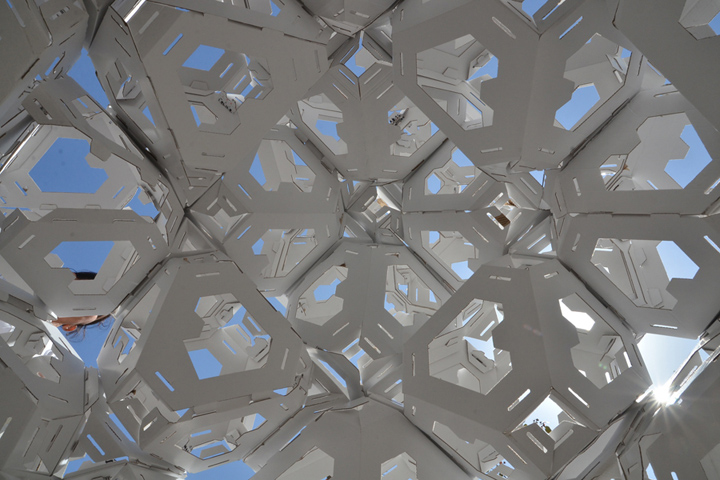 The activity was designed as a collaboration between Haifa City Museums and Haifa’s Downtown Authorities to provide a one day experience for general public outside of the Museum’s physical space.
• Fold/ Unfold Popup City Pyramid.
• 100% cardboard.
• Assemble and disassemble by hands only.

For one day participants were invited to construct a cardboard pyramid and swing from the individual play towards the creation of a public furnishing. The creation can be fold/ unfold/ construct/ re-construct in multiple places and scales. 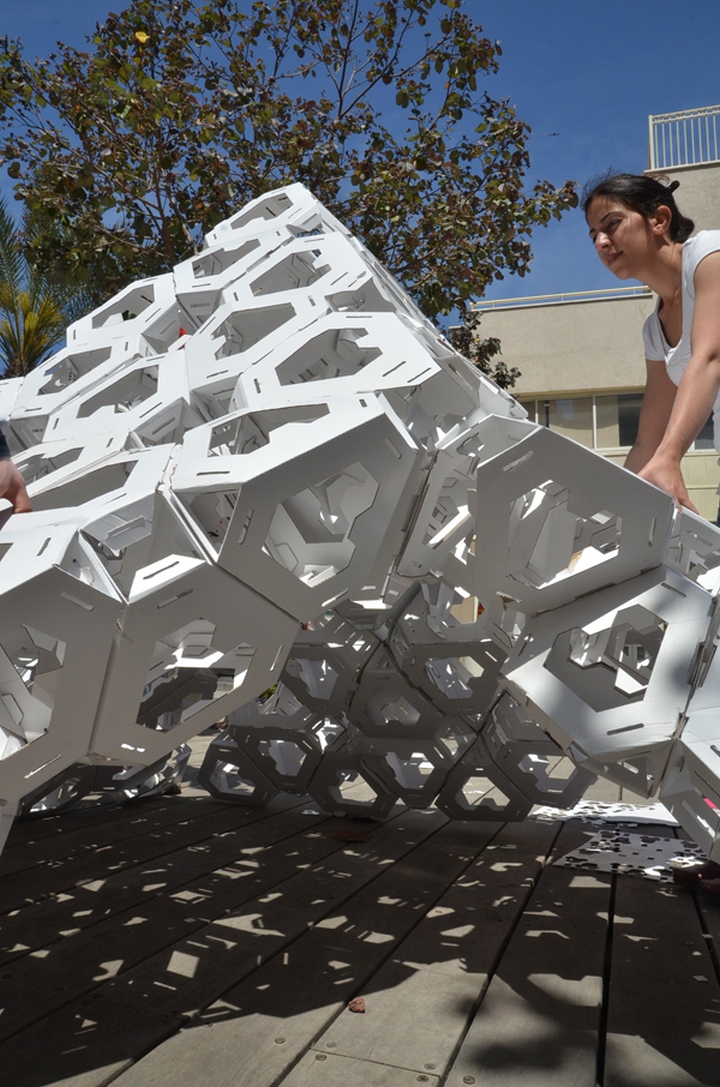 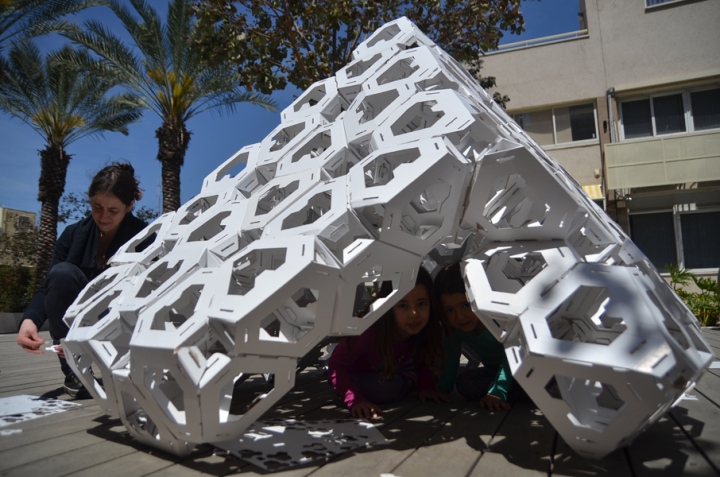 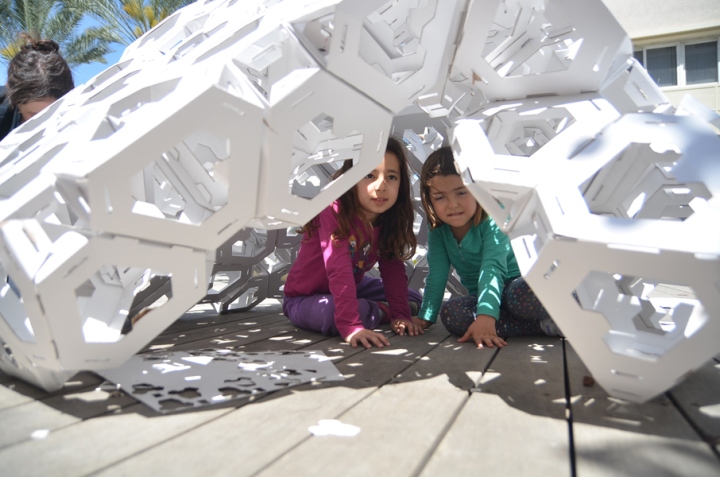 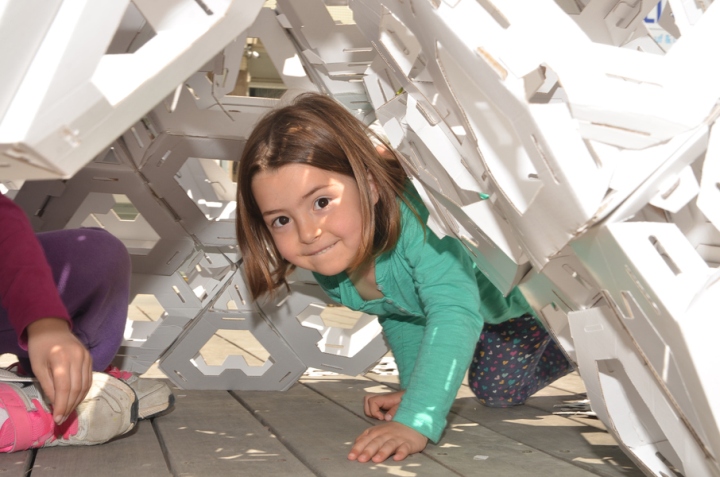 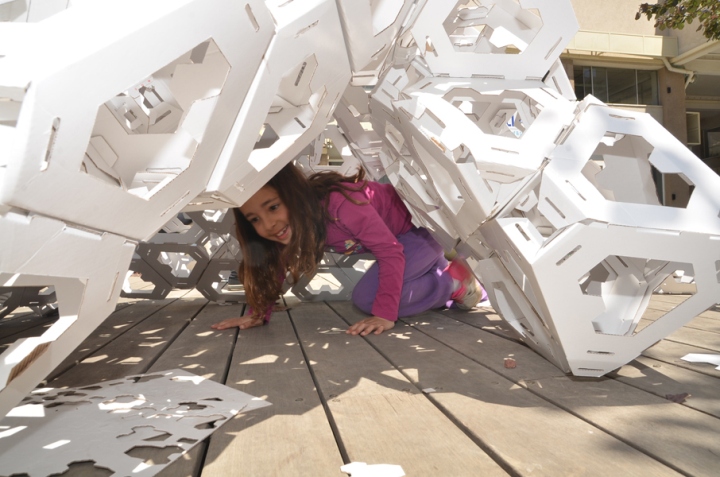 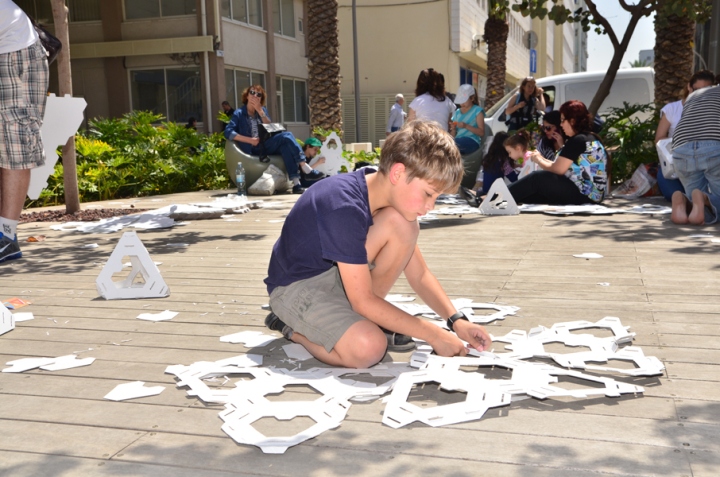 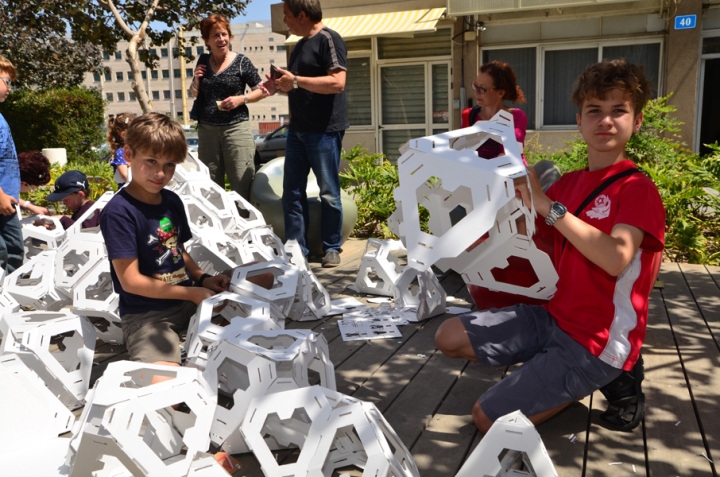