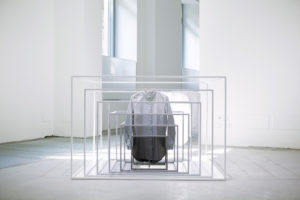 Made In Brooklyn packaging by Amy Chan 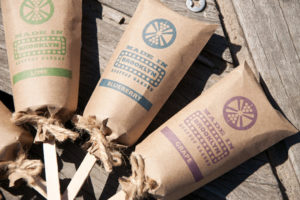 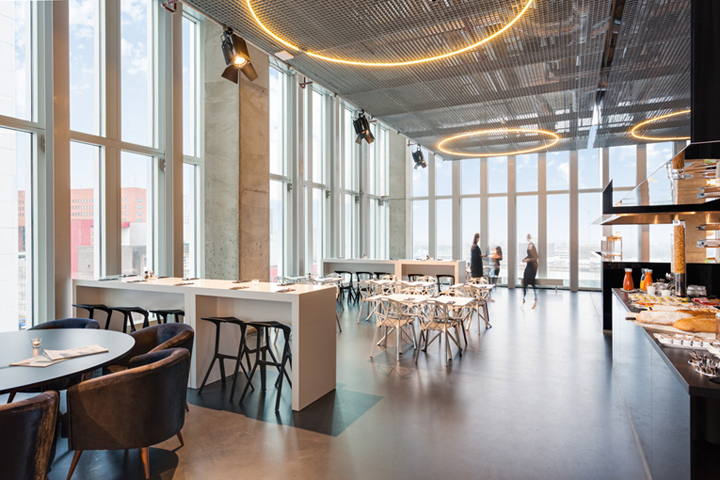 As history sadly would have it, the heart of Rotterdam was wiped from the map in world war II. The city was subsequently rebuilt once peace had returned, becoming a hailed example of dutch urban planning. But despite a modern infrastructure and playing a pivotal role in the dutch post-war economy as one of the planet’s biggest ports, Rotterdam struggled to reinvent itself on a cultural level and forge an identity of its own. Over the years a number of initiatives have been launched that would not only be culturally beneficial to rotterdammers, but which would also carve out a new profile as a lively modern city with a kick-ass cultural scene to match. After decades of investment and planning the sunny flipside finally prevails, and if you ask us, it has gained momentum with the third consecutive opening of a major new design hotel in town: the rather stunning nhow Rotterdam. The four-star property is located in de Rotterdam, a mixed-use structure on the banks of the meuse river, designed by renowned architecture practice OMA. The building is marked by a glittering glass façade with razor-sharp incisions and a playful mosaic of protruding and receding sections. Nhow Rotterdam features 278 guestrooms, and fans of oma will be happy to know that they’ve also taken on the hotel interior. The aesthetic is obviously understated, but one which pairs concrete and metal, and gold accents thrown in. The rooms are divided into four categories and while each comes with sleek-chic design and a basic set of modern amenitiies, they slightly differ but in the case of the horizon suite, it’s simply about maximum comfort, more space and the best views in the house. The sense of modern urban lifestyle is further boosted by video walls and artworks by local creatives in public spaces throughout the premises. Adding up to the buzz that Nhow Rotterdam has generated since opening its doors is bar kitchen, a stylish gastronomic facility on the ground floor with sweeping harbour views and as the name already implies, it’s where drinks and food is served and a social hub where to unwind, mingle, and last but not least, savour bites from the restaurant’s international menu. But it’s not all about letting your hair down at nhow rotterdam as no less than nine fully equipped conference rooms are readily available to get down to some serious business. Location: Wilhelminakade 137 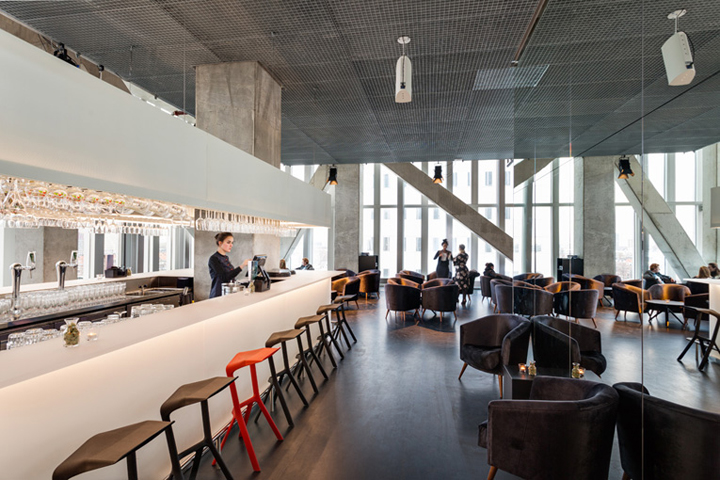 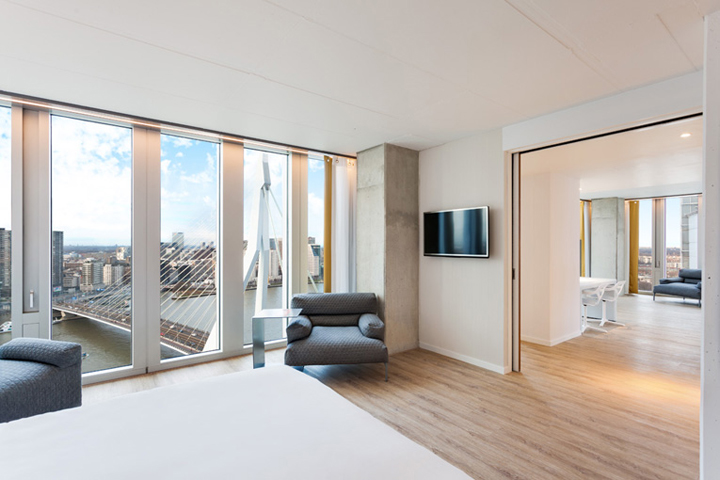 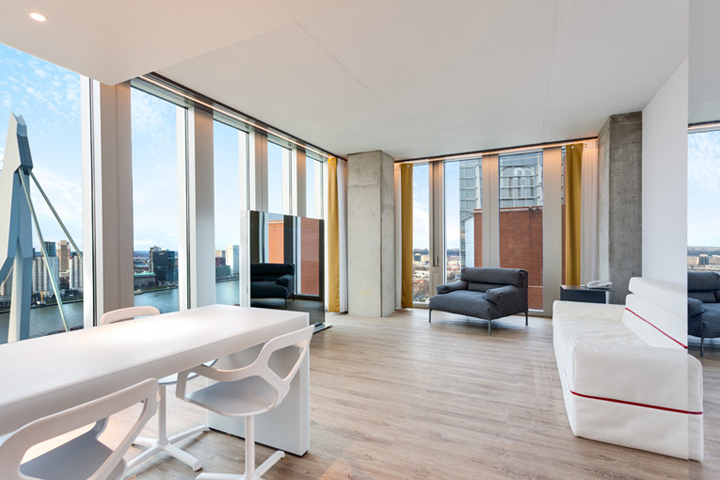 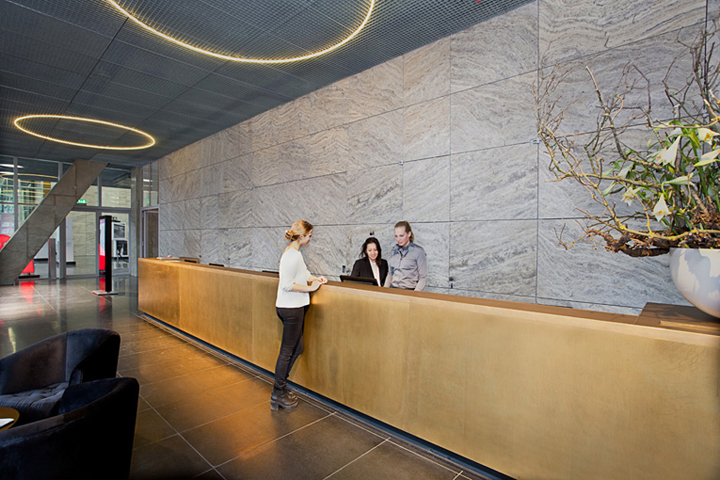 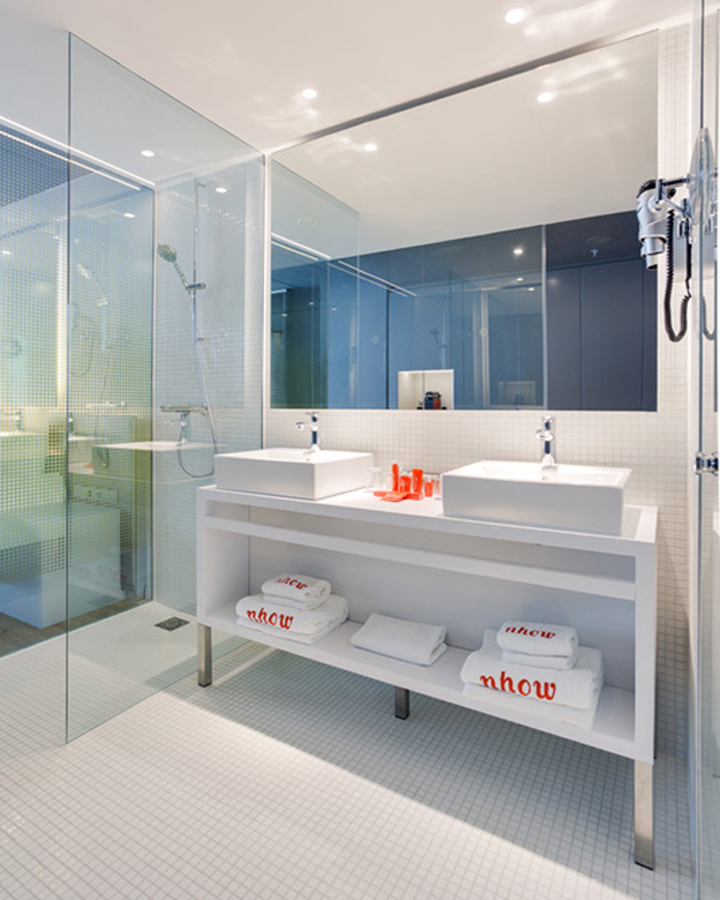 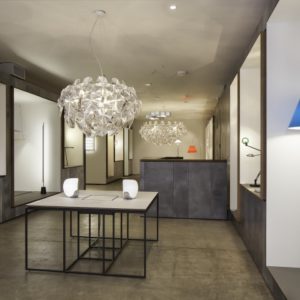 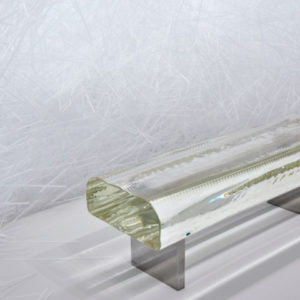 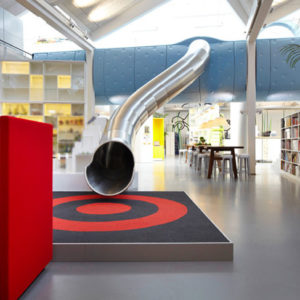 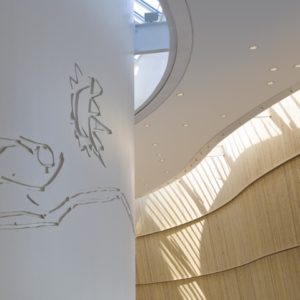