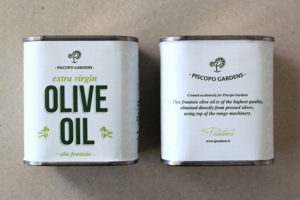 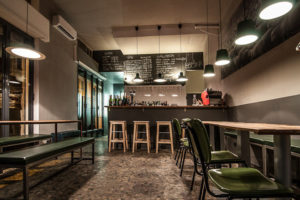 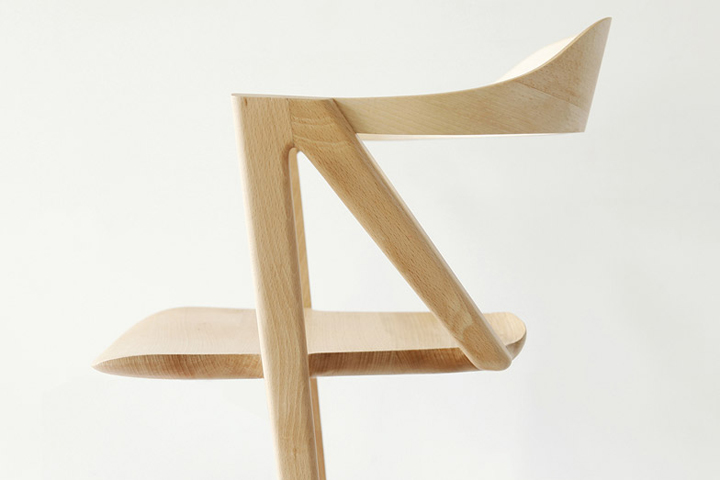 École Boulle graduate Benoît Malta has designed a chair with two legs and a light that switches itself off in an effort to tackle the lack of physical activity in modern lifestyles. Aiming to reduce the health issues caused by increasingly sedentary lifestyles, Malta worked with ergonomists and physical therapists to create three products that introduce dynamic activity to typical domestic situations. “Inactivity seems to be the disease of today,” said Malta. “Our ways of living have evolved, and our bodies are less and less active. Our living spaces are conceived with the idea of comfort. My aim was to introduce a ‘bearable discomfort’ for our wellbeing – discomfort used to put the body in motion and thus out of its chronic stationary postures.” “I decided to work on different typical situations at home in which it would be interesting to insert physical activity,” he added. A beech chair with only two legs requires the user to constantly adjust their position to maintain their balance. “The chair proposes another way to sit,” Malta told Dezeen. “With only two feet, it seems impossible because it’s not stable, but it allows you to use the body as a component of the seat.” The chair activates muscles in the lower leg and back and encourages an upright, rather than a hunched, sitting position. Made in collaboration with cabinet-makers and craftsmen, the chair’s seat is shaped using a three-axis Computer Numerically Controlled (CNC) machine. The back is vacuum-formed from laminated beech and the other parts are shaped by hand. The CNC-cut beech lamp with a disc of mirrored glass contains a mercury switch that turns an LED light on when its elongated handle is moved into a horizontal position. An aluminium counter weight system keeps the handle vertical so the light remains lit, but only for a limited period of time, after which the user must move the handle again to turn the light back on. “The lamp is inspired by Roman scales,” said Malta. “It introduces another gesture in an everyday situation and offers a different perception of the object.” A series of small CNC-cut beech shelves, referencing climbing holds, are designed to be attached to the wall in positions that encourage the user to stretch to reach the things that are stored on them. 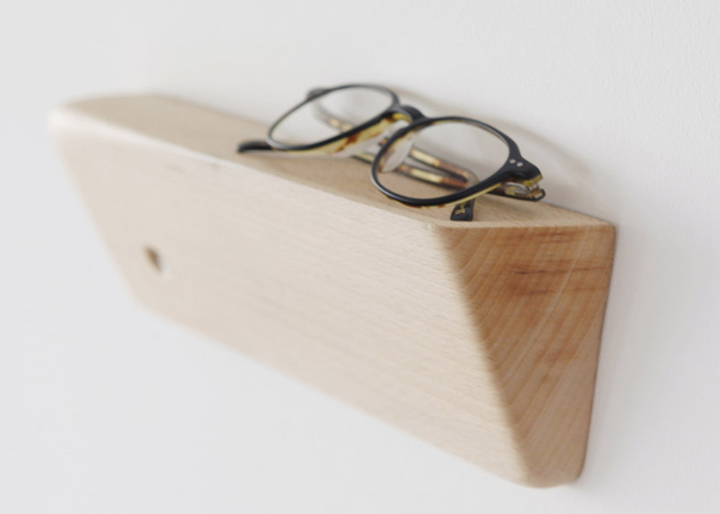 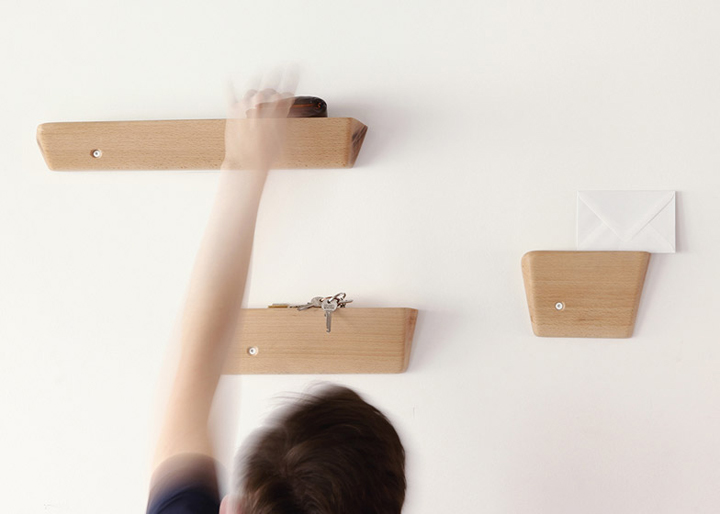 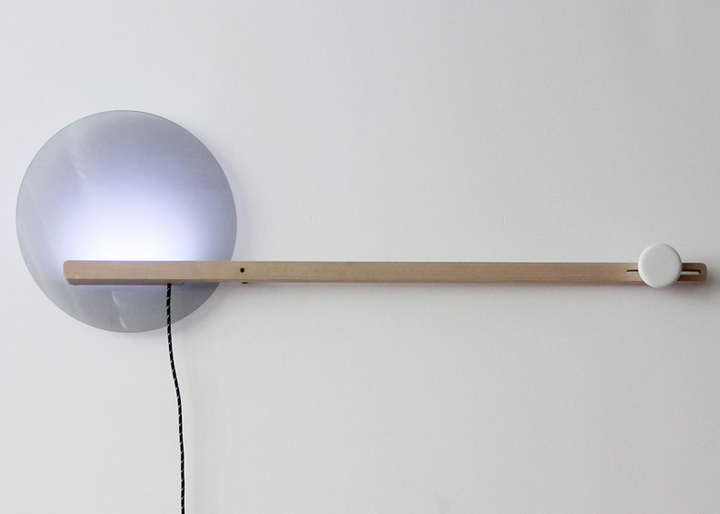 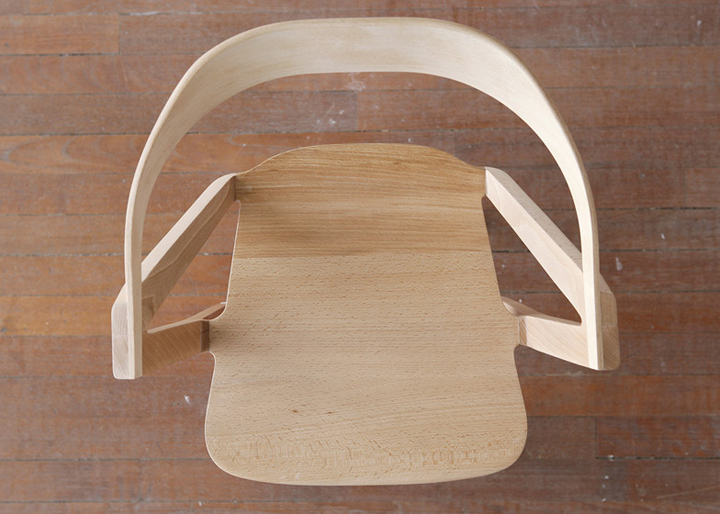 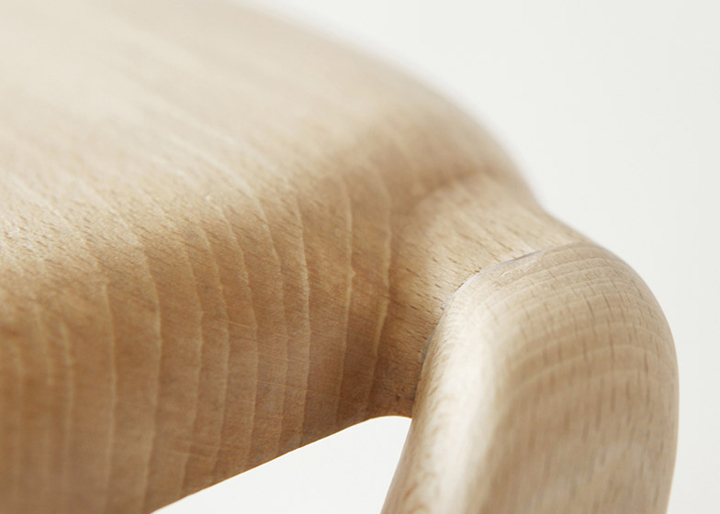 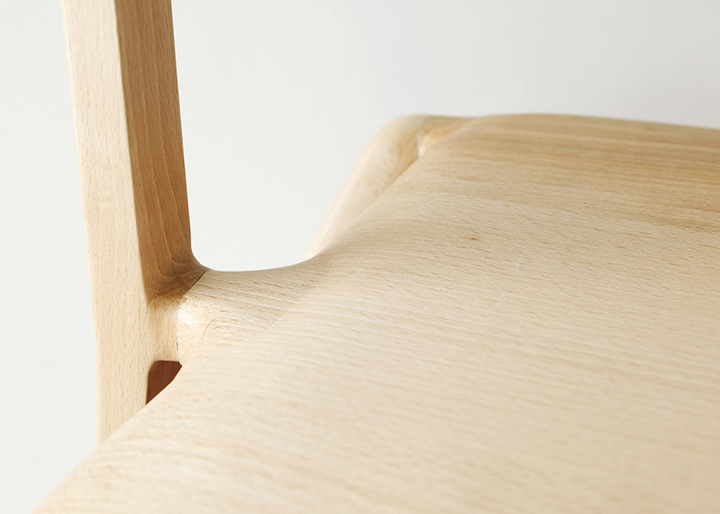 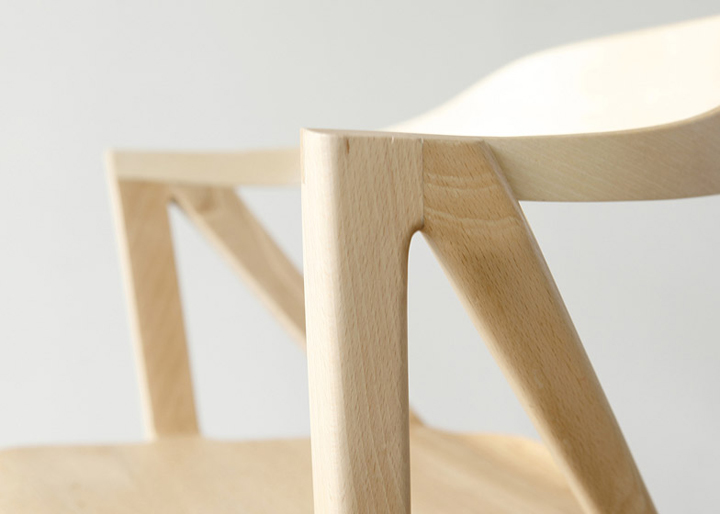 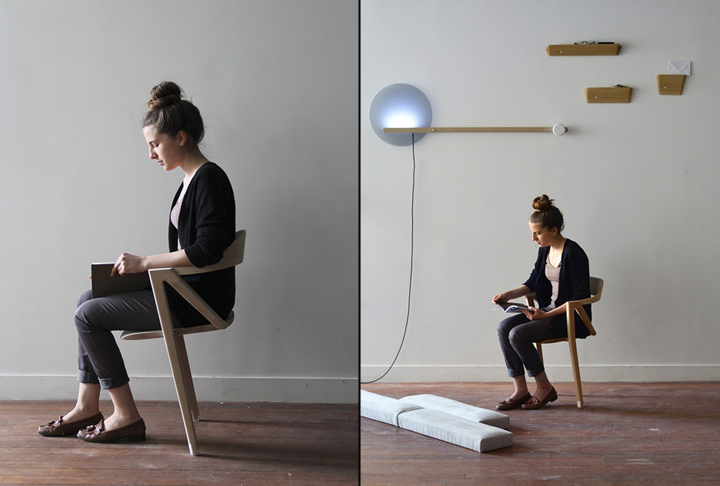 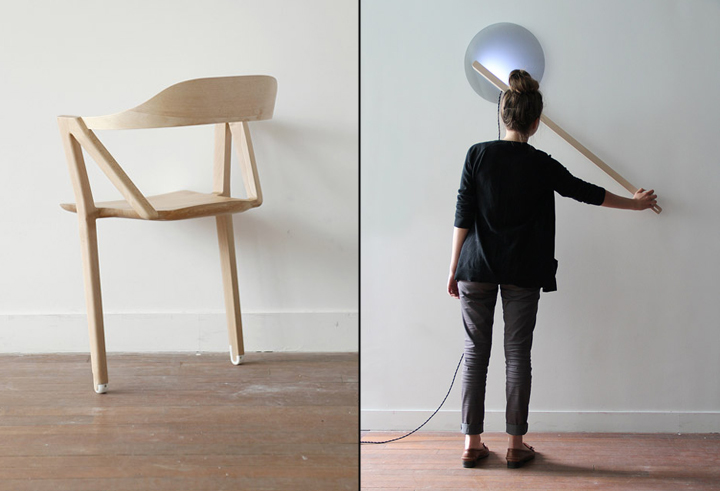 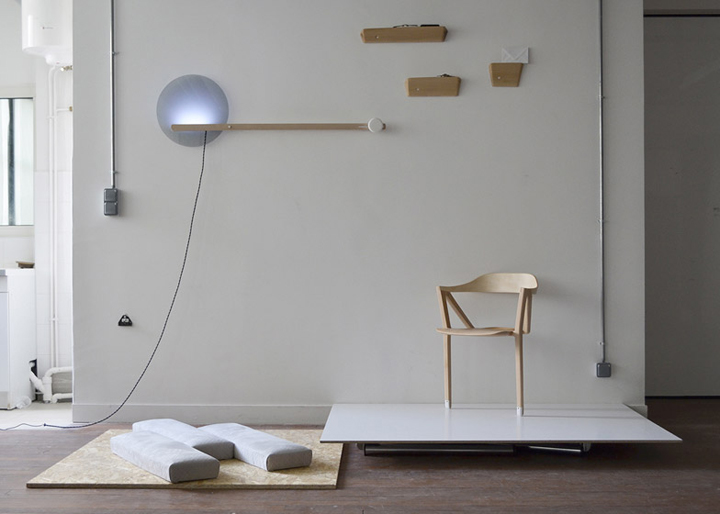 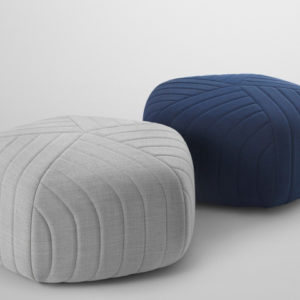 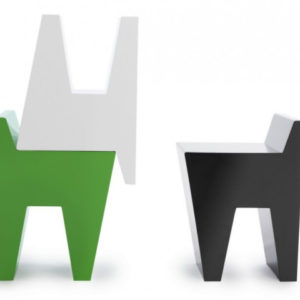 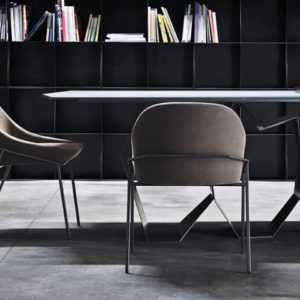 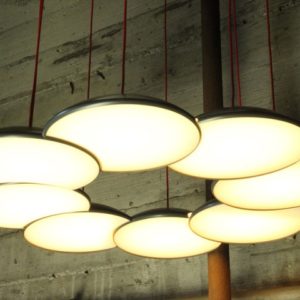