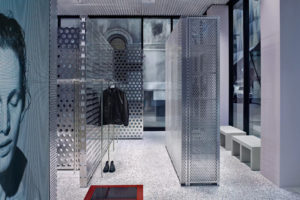 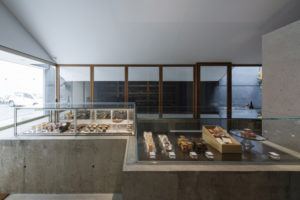 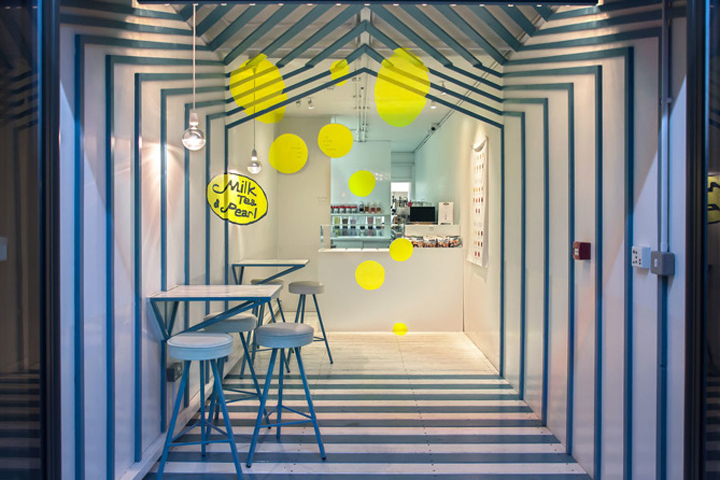 Milk Tea & Pearl Boxpark is a bubble tea shop which features an architectural optical illusion. Commissioned by Milk Tea & Pearl, the brief was simple – to provide a refreshing, memorable space. The shop is located at Boxpark, a temporary shopping centre made from cargo containers, in the London borough of Hackney. The guiding vision for the shop has been a design response to the physical constraints of the existing interior space – a long, narrow, tunnel-like cargo container in which the shop resides. Referencing the Baroque where perspective tricks were deployed to make interiors to appear higher or deeper than reality, the studio reversed such strategy by using geometric lines and taking advantages of false perspectives to make the space appear shallower and wider. We designed the space as two halves – the front half is an abstract, anamorphic ‘beach hut’ bounded by pastel blue timber slats and white timber decking, illuminated by carnival lights reminiscent of English pleasure piers; the rear half is a white box that is the tea bar, adorned with anamorphic yellow dots of various scales and a ‘beach towel’ which doubles as the shop menu. The two spaces overlap and when viewed from a centred position outside, the optical illusion trick is revealed. Working in collaboration with artist Alberto Torres Hernandez, the anamorphic illustration was made by 3D mapping and painted using specialist fluorescent paint. All of the furniture and loose items were designed specifically for the shop, and custom-built by east London based makers and fabricators.

Designed by Atelier Y A O 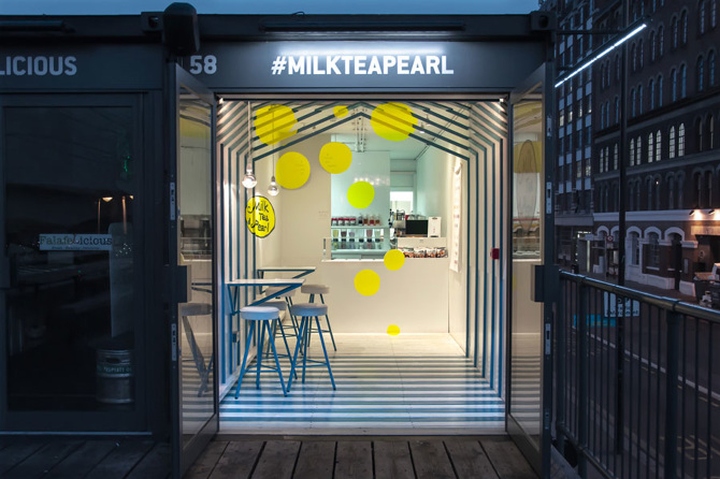 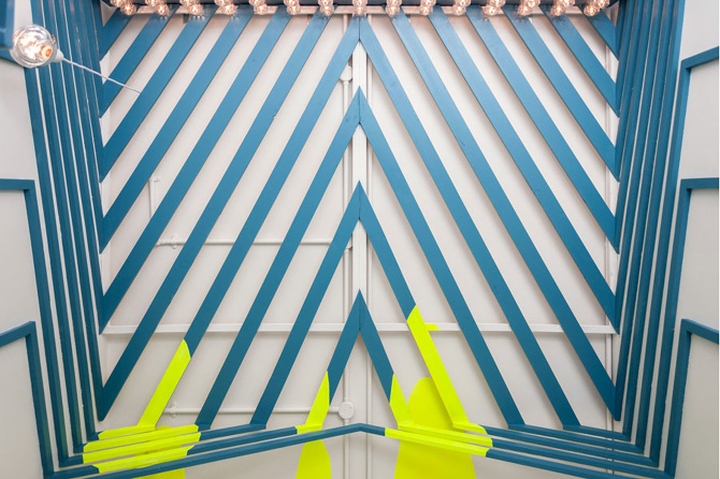 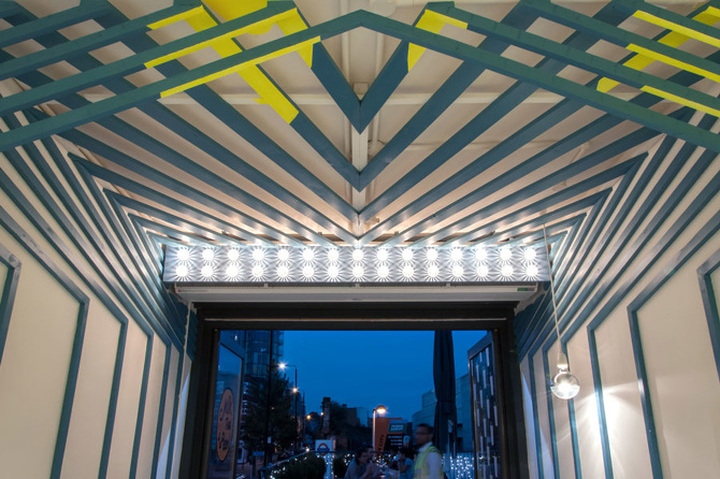 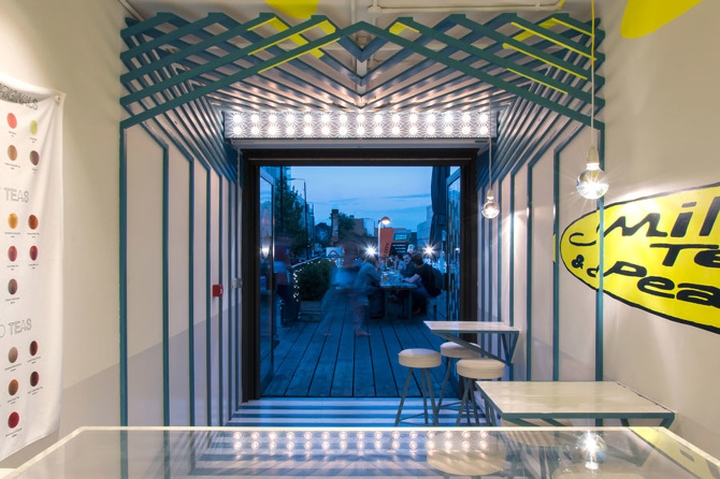 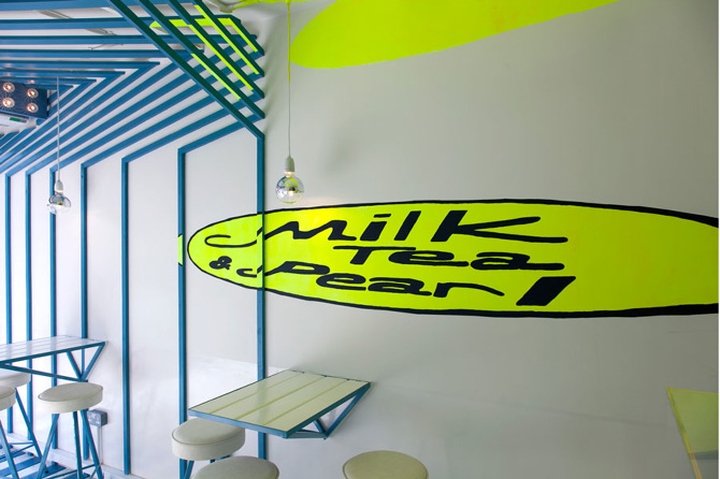 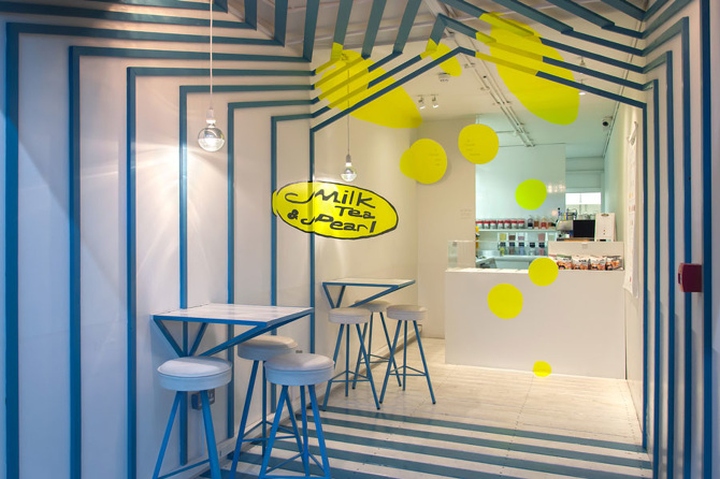 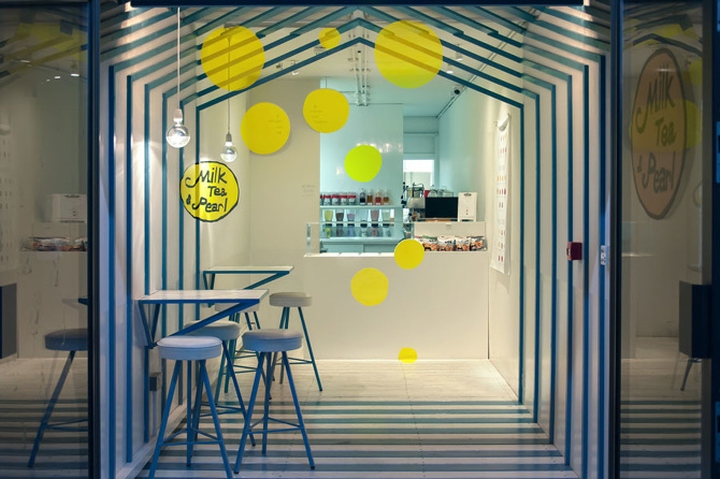 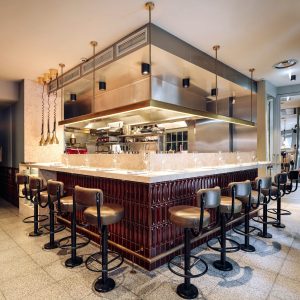 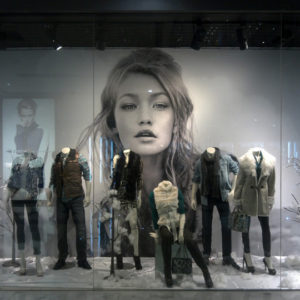 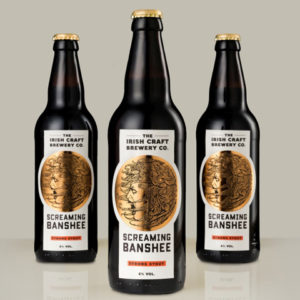