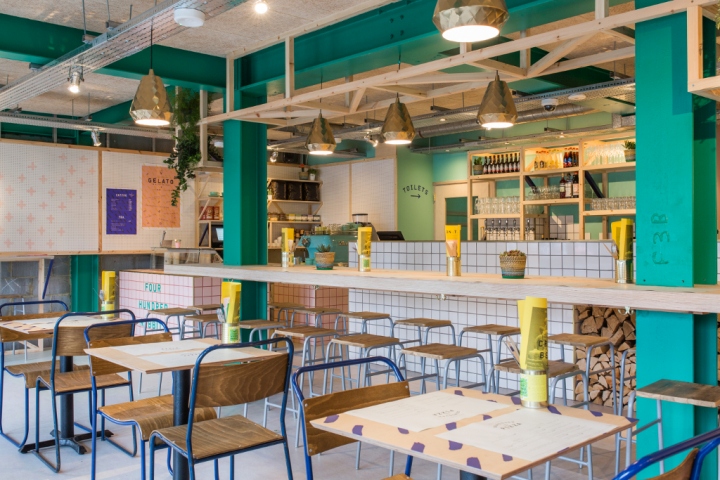 According to Aztec folklore, two fermentation loving gods coupled together one night and spawned a bunch of offspring known as the Centzon Totochtin or ‘400 Rabbit Gods’. These rabbit gods liked to party, drink and generally get into mischief. So the 400 Rabbits restaurant in South East London is a celebration of two of the best things from those fermentation gods – sourdough pizza and beer. The task of designing the pizza restaurant came down to a collaboration between South London based branding firm Junction Studio and interior design team Richardson Studio. With a goal to design an Italian pizza restaurant using British ingredients, with an Aztec twist, the designers decided to pare back the influences and concentrate on the mood and tone of the space. Richardson described feeling fed up with the now all too familiar sight of caged lighting, exposed industrial walls and rusty metal which is so common in new start-up restaurants. Instead they wanted to reflect the rather unique inspiration of the owners for the project instead. Above all it had to feel fun, a place you’d like to spend time in. The food and beer menu is beautifully simple with an inventive take on pizza, so the teams wanted to reflect that in the design and branding, with a fresh approach that didn’t feel at all traditional. This was achieved by skewing the traditional Italian aesthetic by warping the classic red and green, into pink and jade. Details such as the joinery and interiors were kept simple using standard timbers and a pegboard to create a layered back-drop. The colours and artwork are instead the stand-out features in the space and reflect the start-up nature of the brand. The building’s shell was left exposed in some places such as breeze block and the existing metal stud partitions, while the addition of Heraklith wood-wool acoustic paneling on the ceiling is also kept natural and exposed. These details help make the space comfortable and keeps sound reverberation to a minimum. The wall graphics were designed to create the sort of atmosphere that might come about if you filled the room with 400 drunk rabbits. Basically a lot of fun with splashes of colour and a set of graphics that can be reborn again and added to as the space grows over time. 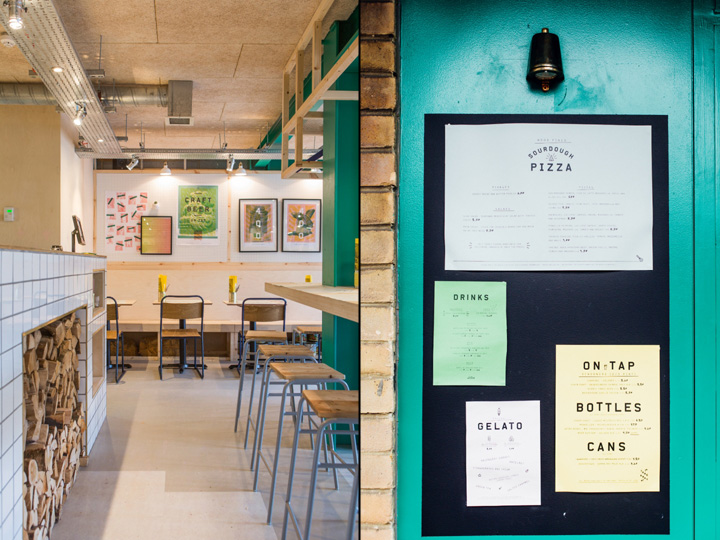 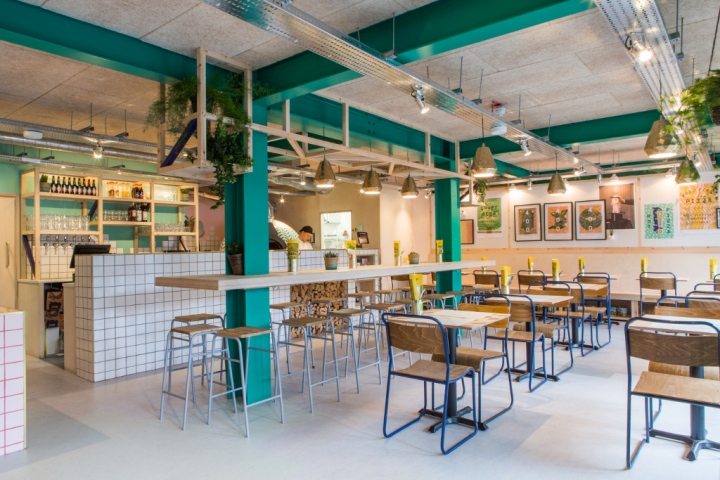 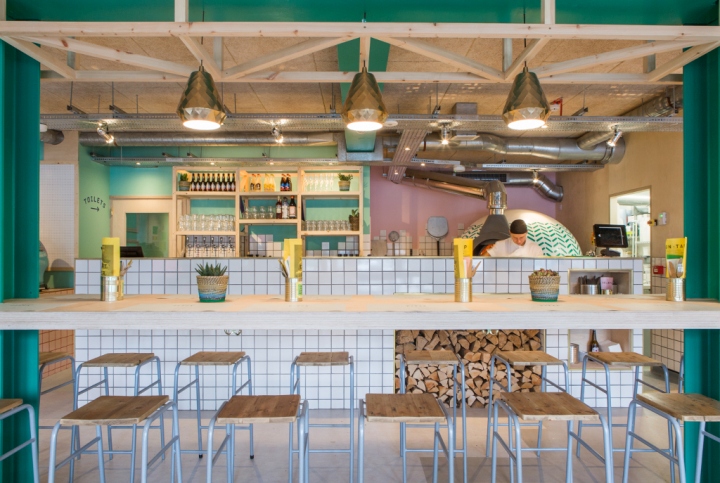 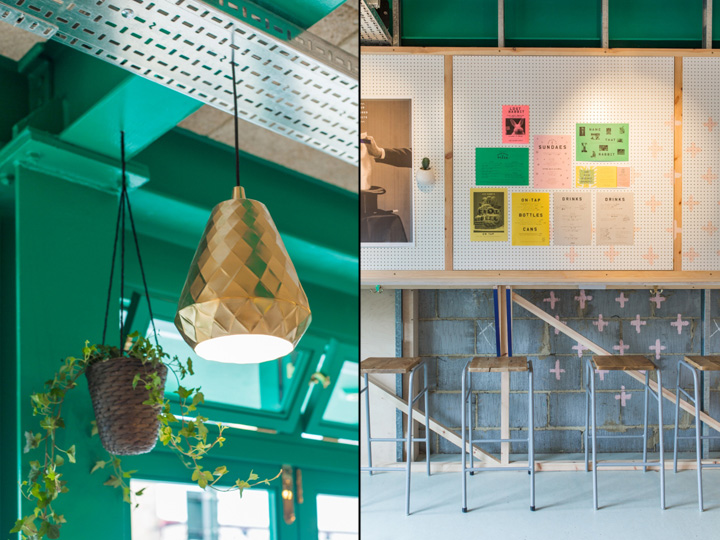 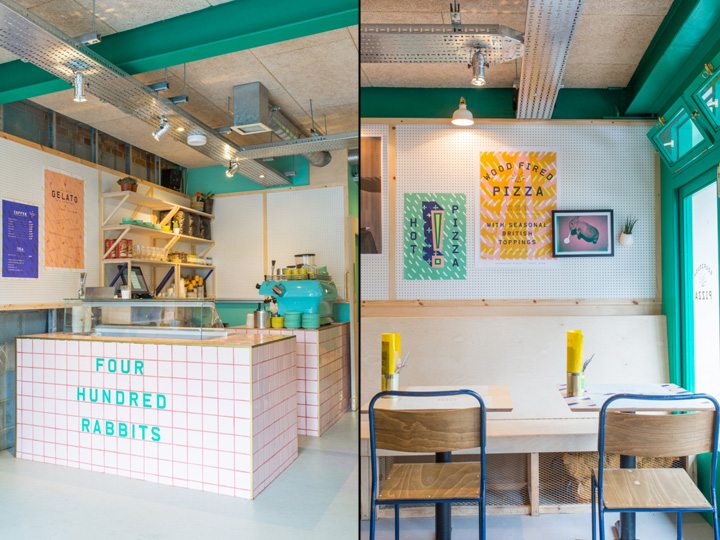 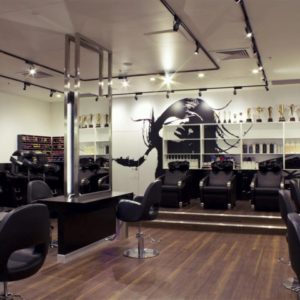