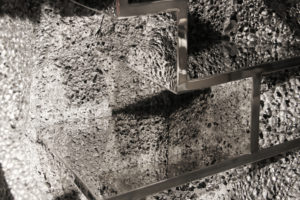 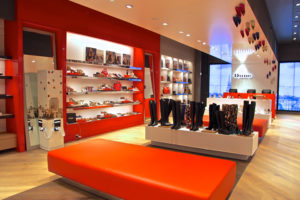 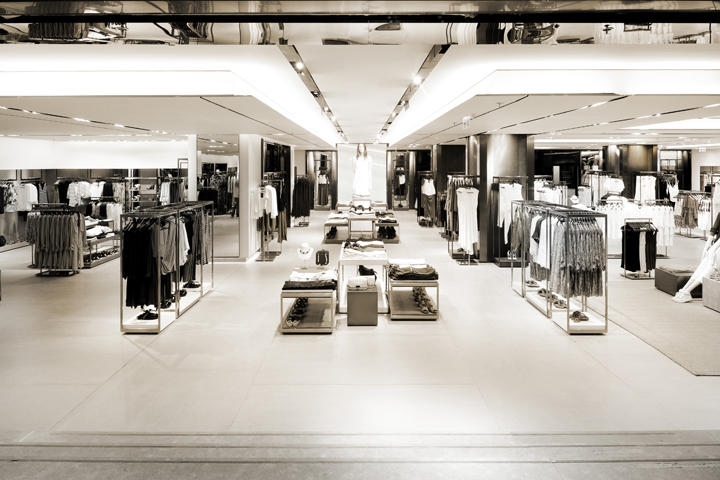 Situated in a Peninsula in the South China Sea, Hong Kong has become over time a crossroads, a mix between both Oriental and European Cultures and as a result has given to a vibrant contemporary, cosmopolitan city. Located in the bustling and energetic Queen´s Road, one of the oldest main shopping precincts of the old British colony, the project aims to be a timeless piece within the anarchic appearance of the street. Compared to the hundreds of shop windows, signs and neon lights that draw the attention of the public. The shop is shown as a great block, solid and resound, that unveils itself to the city with a white facade where the materiality gives warmth as its appearance is seen altered in accordance to the light that falls upon it all along the day. The building is perforated to create a succession of empty and filled spaces where the main central cavity connects the shop to the street, creating an intermediate, a filter where the interior and exterior are presented as one thus exhibiting a dialogue between the shop and the city. The interior has been designed as a clear functional space where the visitor´s experience is of utmost importance, and where both the material and the lighting create. the atmosphere necessary to maximize the product displayed. A stony surrounding circles the shop spreading from the floor to the walls and so its limits are no longer defined, therefore maximizing the planes of the ceiling and the floor, intending to create the illusion of a greater space and a more alleviating environment. At the same time trying to be a background where the fashion seems to levitate appearing light and ethereal, highlighting in this way all its beauty. The initial criteria are still those of the new conception of shop created for New York maintaining the clarity, functionality, beauty and sustainability while adapting it to the new location. Creating an architecture believing in quality, the constancy and the materials, just as in couture.