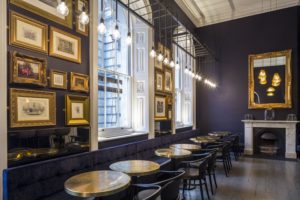 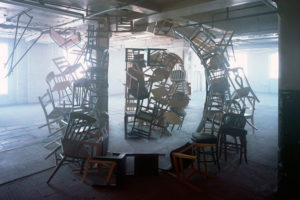 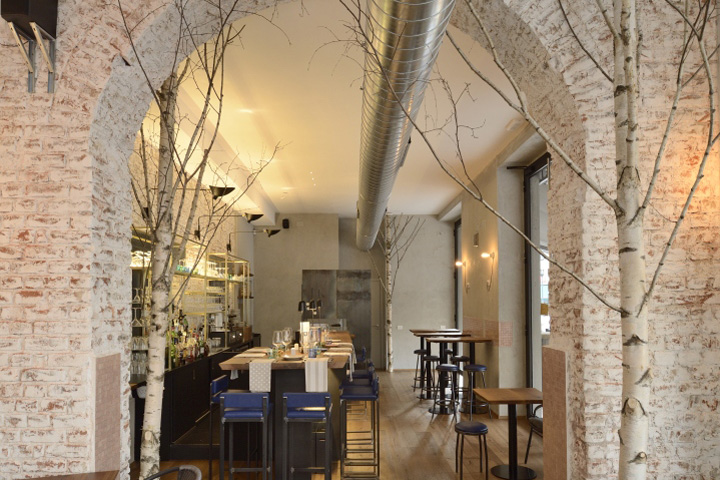 Andrea e Gianluigi Guerrieri decide to renewer, after almost twenty years, their traditional bar / restaurant entrusting the project to the Studio R19. Their wanted the new restaurant & cafè could hold together the internationally inspired with the style of the “milanese” tradition, in a relaxed and open way but still familiar and welcoming. The choice of Omar Berri, the interior designer, was then directed to bring out the elements already present in the building such as the exposed brick and rough plaster, typical of the buildings of the beginning ‘900 in Milan. Were also retrieved some parts in pink tile original construction of the ’50s, from a furnace Lombard and perfectly integrated in the renewed context.

The soul of the place is the central counter with wooden walnut raw in the center of the main room. This is organized in two parts: one for the cocktail table top and the second conceived for consumption of the meal, particularly designed for those who sits alone. Three designer lamps recently stuck on the counter point to the theme of enlightenment through bankers. The layout of the tables always rough natural walnut complete the construction of the premises. An external deck rectangular allows to extend the interior space of the restaurant on the square in front of the pedestrian. A light balustrade metal support to small vessels of buxus delimits the space of the raised deck, allowing a privileged overlooking the square. For the lighting was used mainly ceramic lamp holders with tungsten filament bulbs. The resulting light is soft and warm, well-suited to the spirit of the place. The structure behind the counter and the liquor store are in tubular brass; Also in this case the choice refers to the tradition Milan ’50. Finally, the inclusion of some birch trees creates a space clearly recognizable in relation to a local specialty: the “Birch cocktail” made with birch sap. 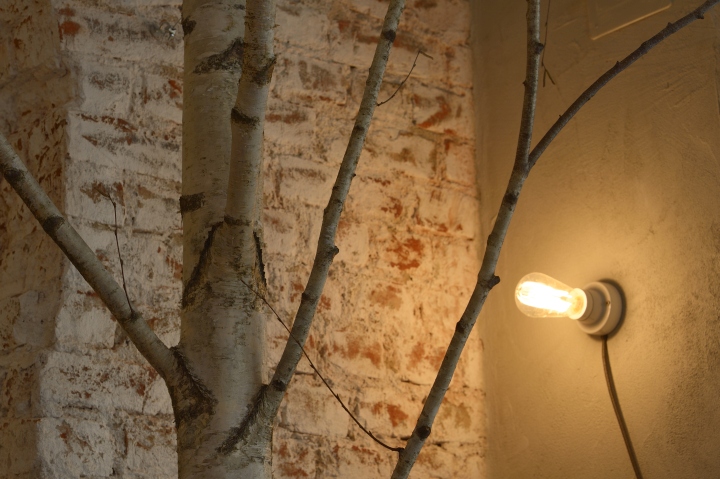 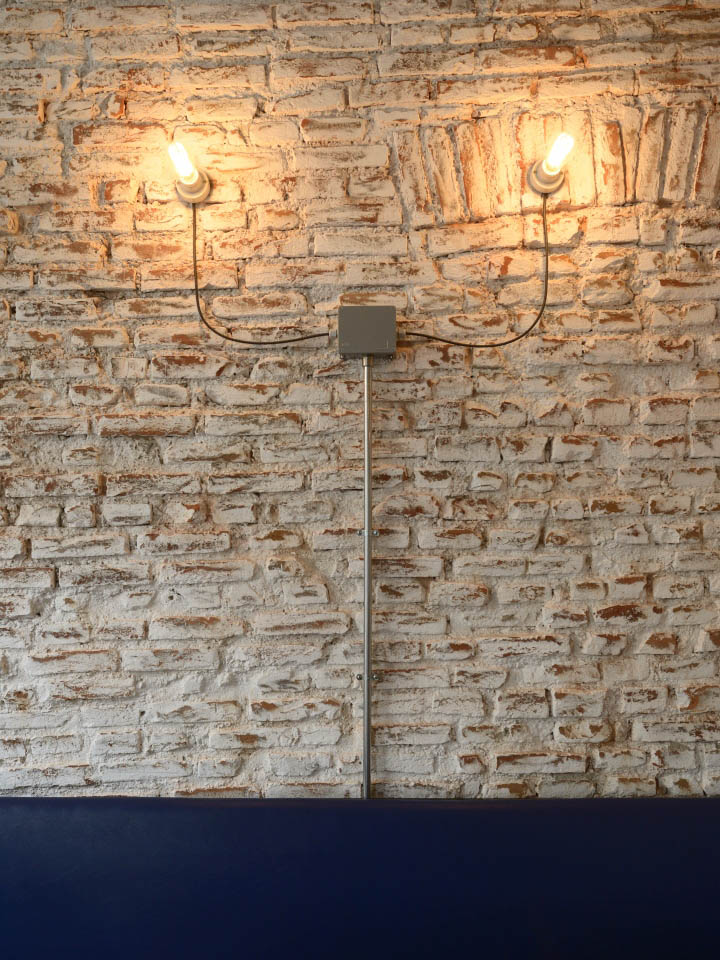 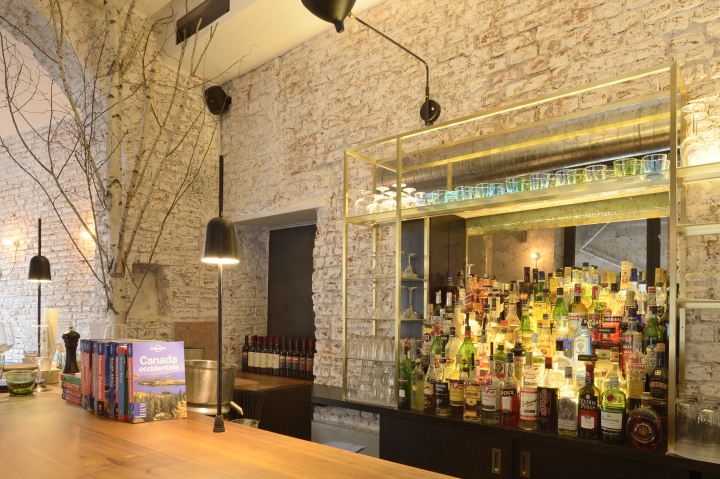 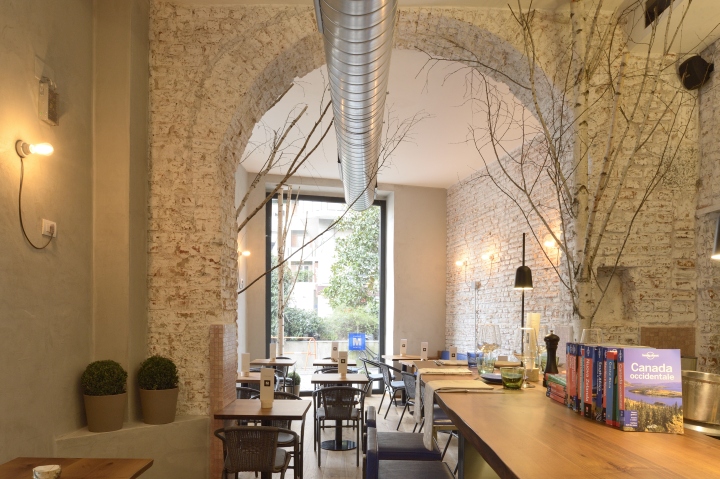 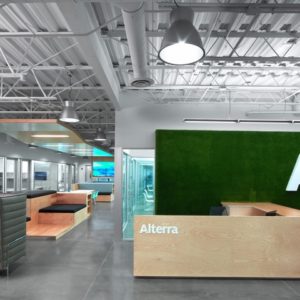 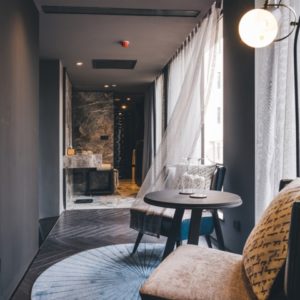 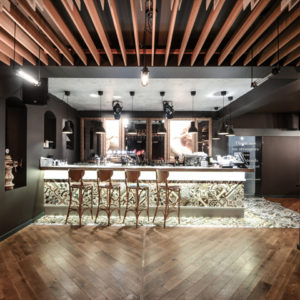 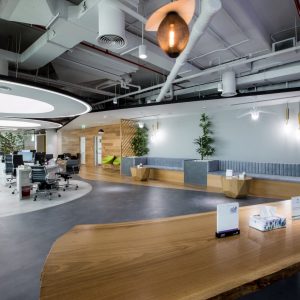