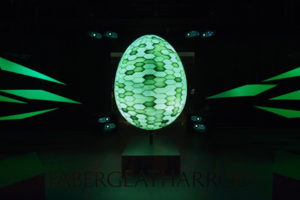 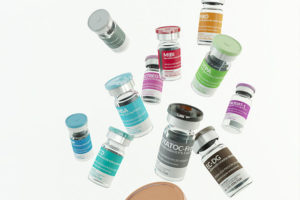 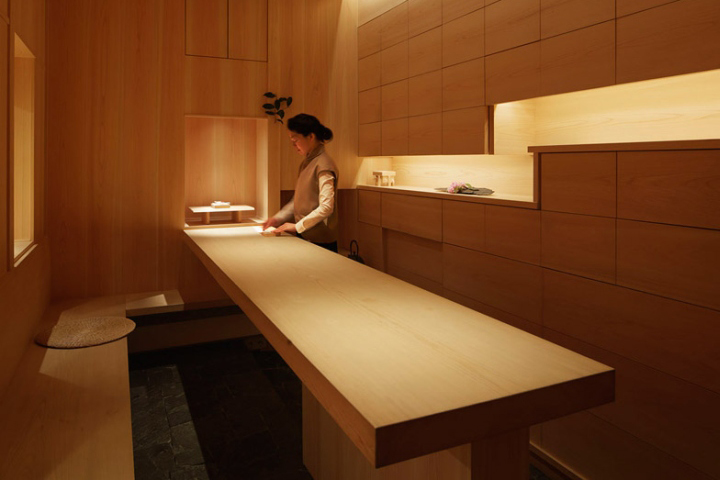 Members of a private club pay to exchange elaborately wrapped presents in ceremonies held inside this dimly lit, wood-lined room in Paris. Japanese architect and founder of Studio Phenomenon Fumihiko Sano designed the wood-lined interior for MIWA, a members club in the Saint-Germain-des-Prés district of Paris. The Japanese cultural club specialises in a type of decorative and ceremonial gift wrapping called origata – where presents are covered in elaborately folded paper before being presented to recipients. The process originated in Japan around the 14th century, when followers of the Shinto religion decoratively wrapped their offerings to deities. Complex folding techniques are used to cover the gifts, with no sticky tape or glue. The intricately manipulated paper is bound by lengths of red and white twine, representing the opposing but balancing forces, Yin and Yang. The pleats and folds in the paper are intended to convey messages, and members are encouraged to divulge their feelings for the recipient to the Celebrant, who presides over the ceremony and wraps the gift accordingly. “Origata was originally derived from Shinto rites,” explained the architect. “They wrapped up the offerings in a special way when they presented their offerings to the god, and that was the beginning of origata. Origata is the approach of showing senders’ hearts through their gifts.” Only a pale timber door embellished with a logo of three interlocking circles indicates the club’s existence, with no display window or obvious signage. A small silver plaque to one side of the door specifies the opening hours and a white and tasselled canopy hangs from the timber ledge over the entrance. Sano, who worked as a carpenter before founding his own studio, used his woodworking experience to influence the design of the interior – including the wood-clad wrapping chamber complete with a timber bench. Inside a dimly lit lobby with black wooden walls, a slab of 300-year-old cypress forms the reception desk, which is decorated with pale wooden boxes and a solitary vase of cut flowers. A black sliding door opens from the back of the space into the room used for the gifting ceremony, where cypress is also used to cover the walls. “To introduce traditional Japanese culture, we chose to use Japanese cypress from Ise Jingu – the most holy shrine in Japan – all over the wall of this shop, since it is considered the most intimate material with origata,” explained Sano. Niches and compartments in the wooden walls hold present-wrapping accoutrements and shrine-like ornaments, while a small stove and sink recessed into one corner of the room provide tea-making facilities. Fragments of dark grey slate from the Ogata district of Japan were used to cover the floor of the space. According to the architect, the pieces of slate were damaged during an earthquake that hit the region in March 2011. “Even if the earthquake made the slate stone scraps, I believe they could be revivified while I reuse and breathe new life into them,” he said. Membership of the club, which also holds monthly seminars on Japanese culture, costs €1,000 (£700) per year for individual members and €5,000 (£3,600) for corporate membership. 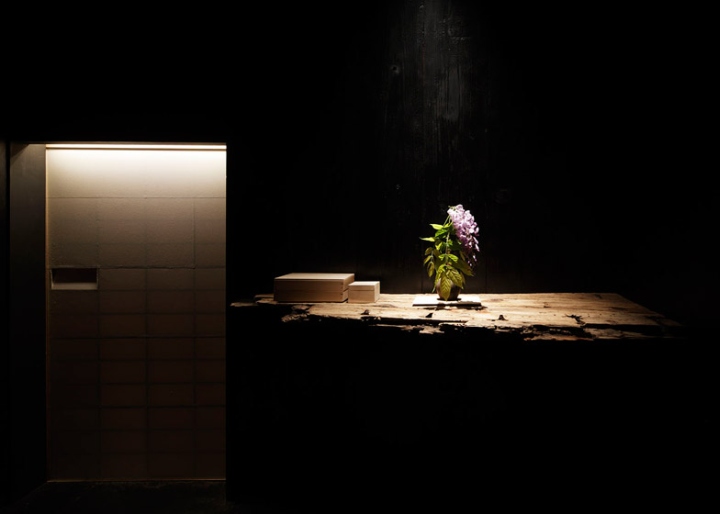 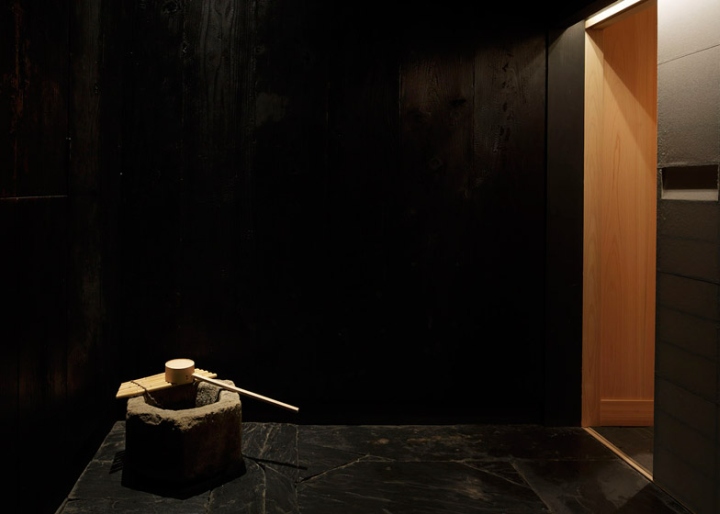 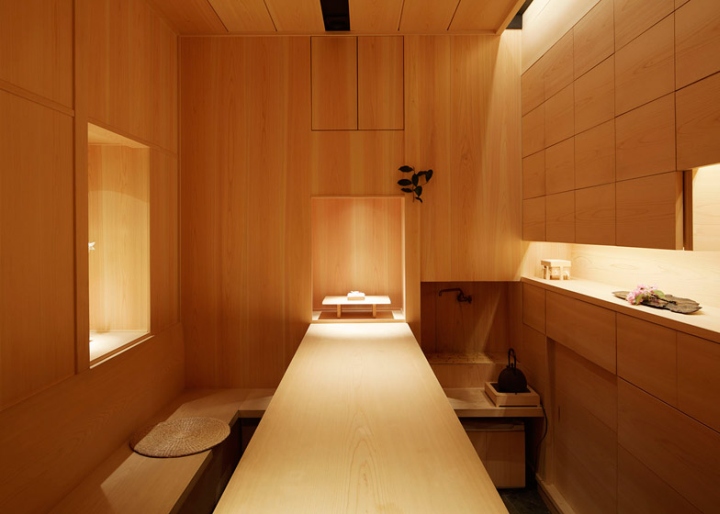 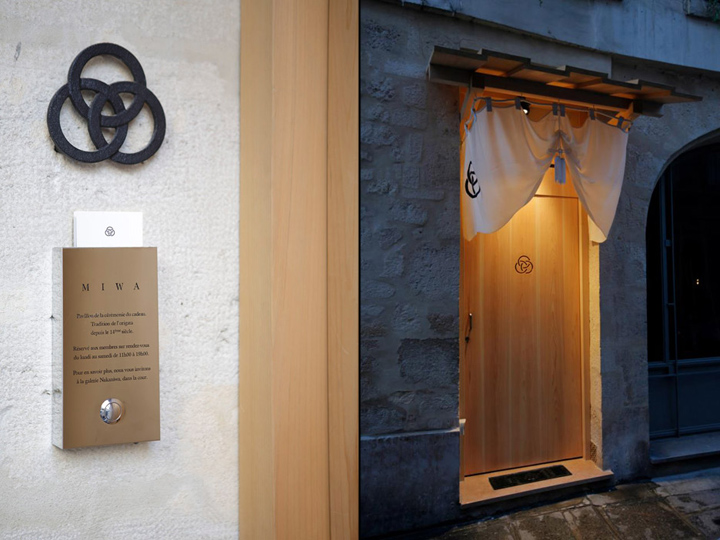 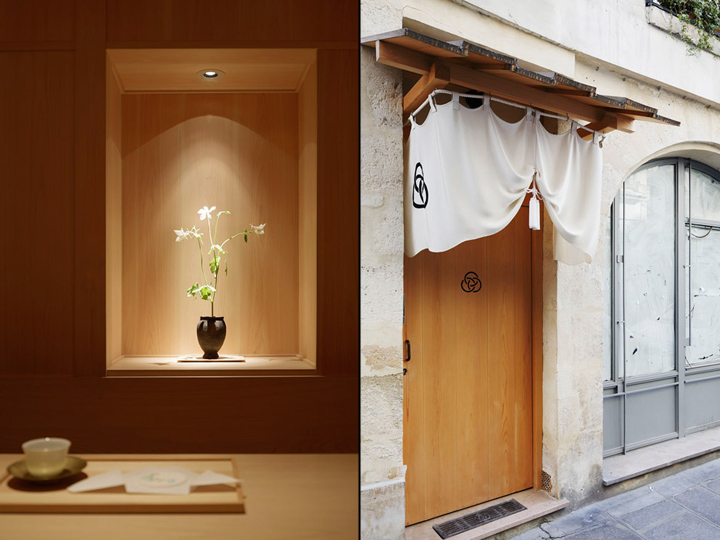 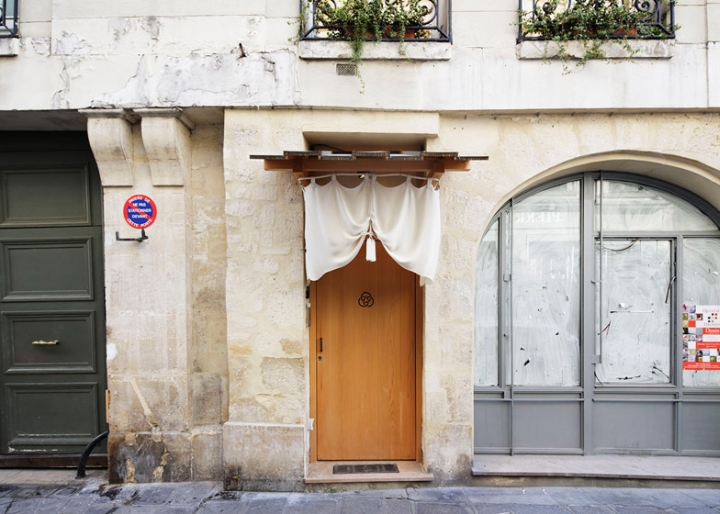 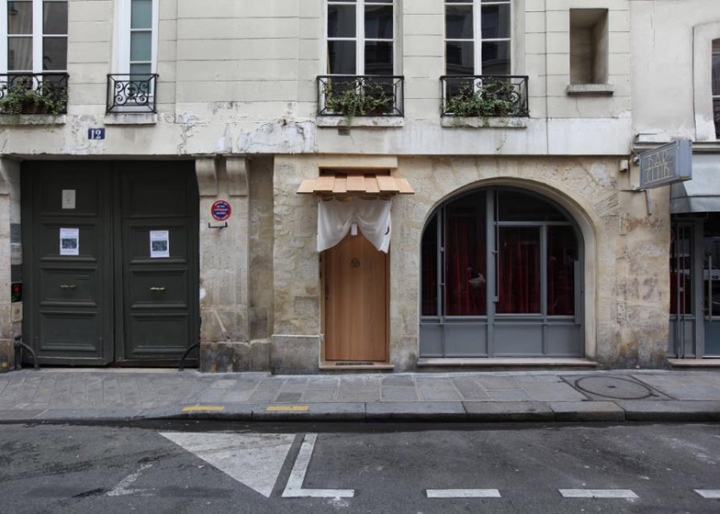 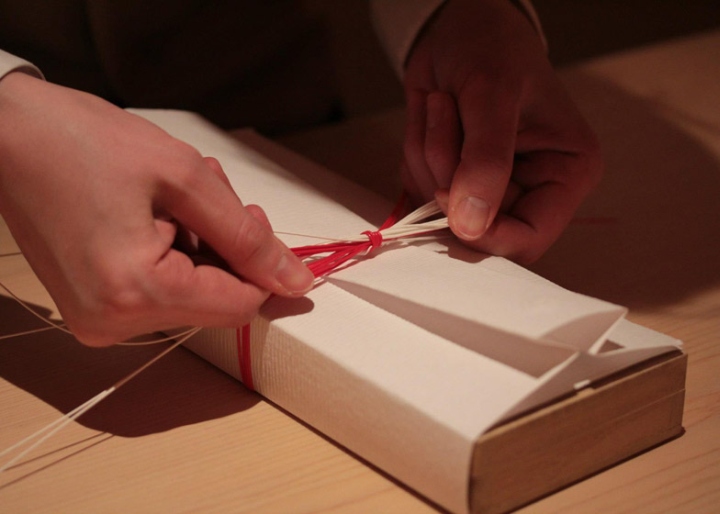 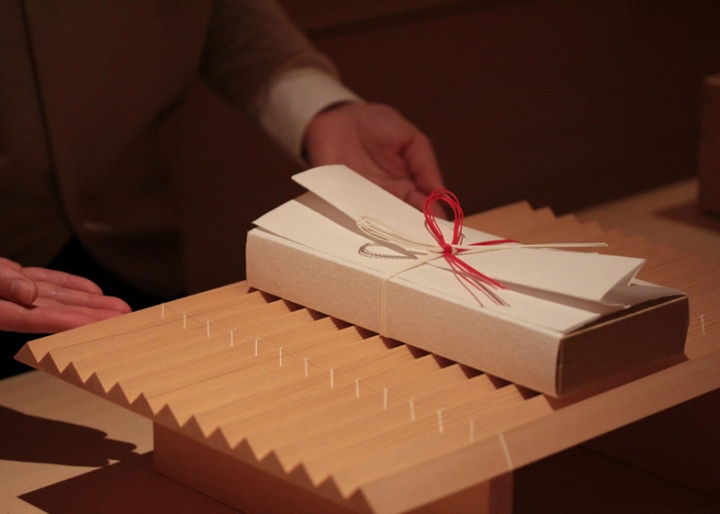 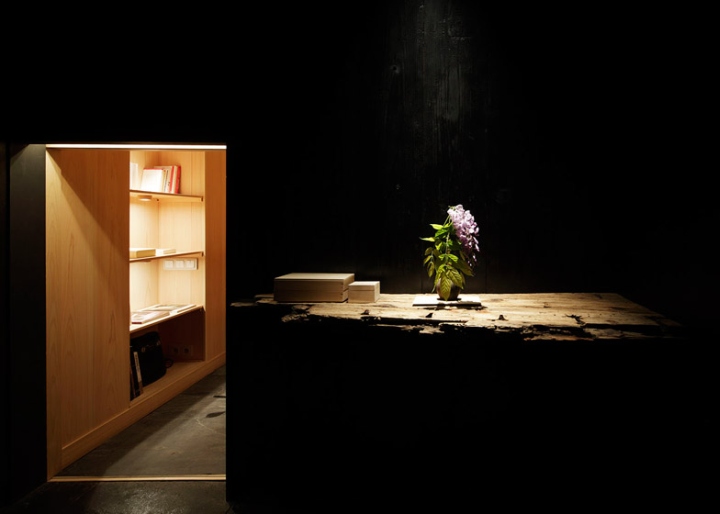 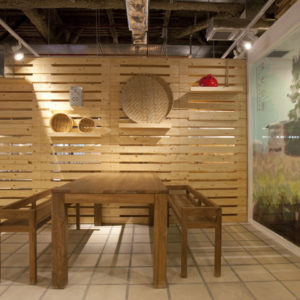 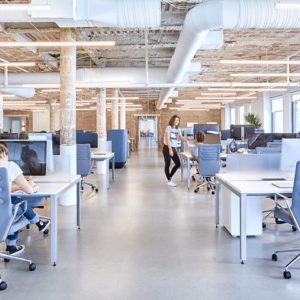 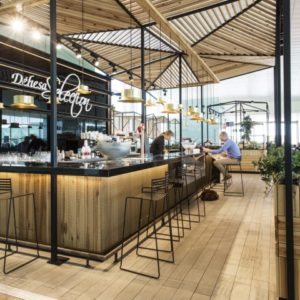 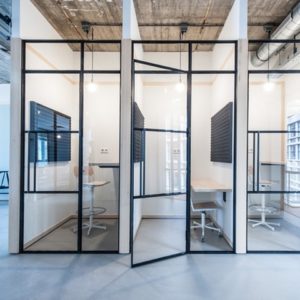