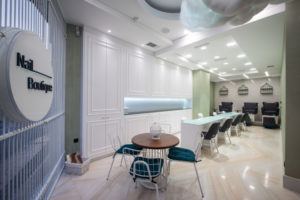 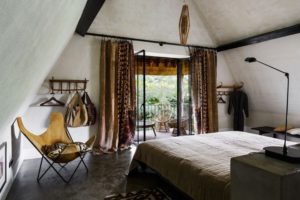 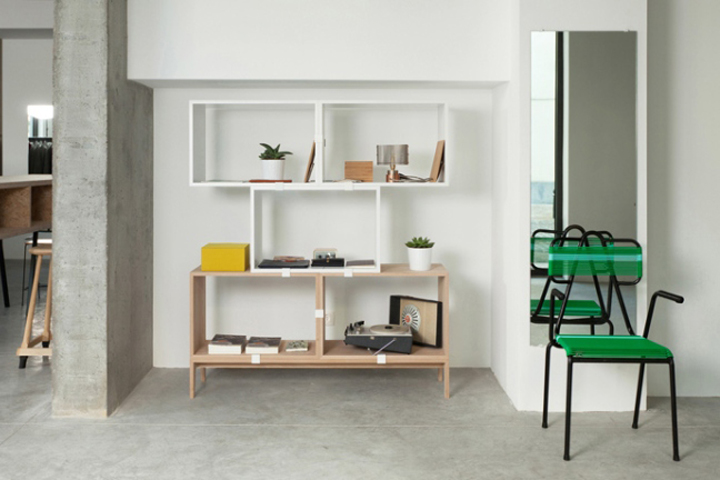 Brussels is back on our radar with the opening of an interesting concept store on thu – sep 5 [6pm-10pm]. Called Siblingsfactory, it’s a joint effort by Aymeric Watine and Marie de Moussac, a duo that have honed their skills in fashion design and communications respectively. The store occupies 230 sqm. [2,476 sq.ft.] unit on the ground floor of a renovated downtown residential complex, and has been designed by belgian architect Julien de Smedt. The shop’s interior is a minimalist affair, featuring a large part of the building’s concrete shell, alternated by sections dipped in a pristine white hue. The most striking intervention is an indoor passage made from compressed wooden planks that links two separate sections of the mezzanine floor. The same material has been used for a combined display and storage unit on the ground floor that adds up to the store’s architectural feel. Additional furnishings are a playful mix of contemporary and vintage pieces, and add an element of warmth and coziness. as a concept store, Siblingsfactory aims to present a coherent blend of men’s + women’s apparel and accessories [the brand list currently includes contemporary labels such as Cuisse de Grenouille, Cacharel, Commune de Paris, Sandqvist and Mads Nørgaard], a carefully sourced selection of vintage furniture and design, and a range of cool books and magazines. During her tenure at a communications company in Kabul, co-owner Marie de Moussac met the founder of Afghanistan Demain, a foundation which aims to provide an education to street kids in the afghan capital. As a result a part of the proceeds at Siblingsfactory will be donated to the foundation. 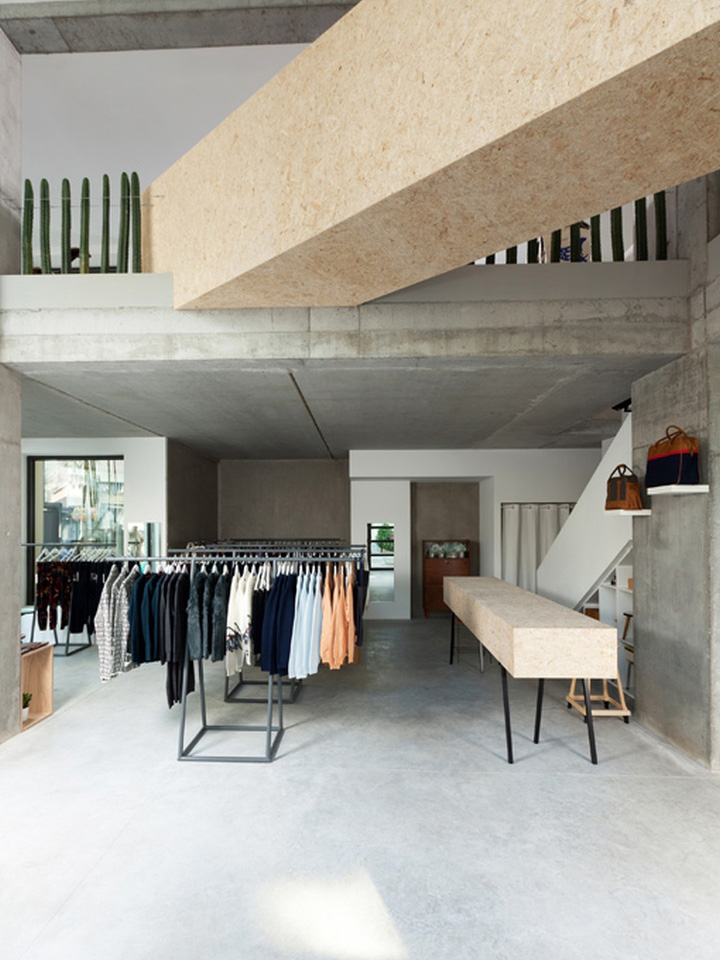 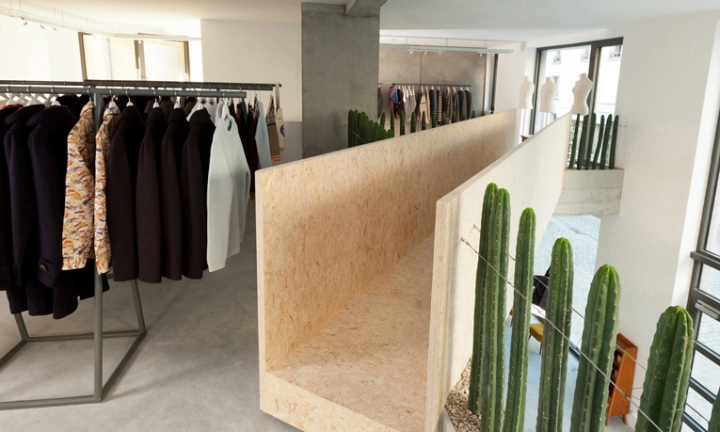 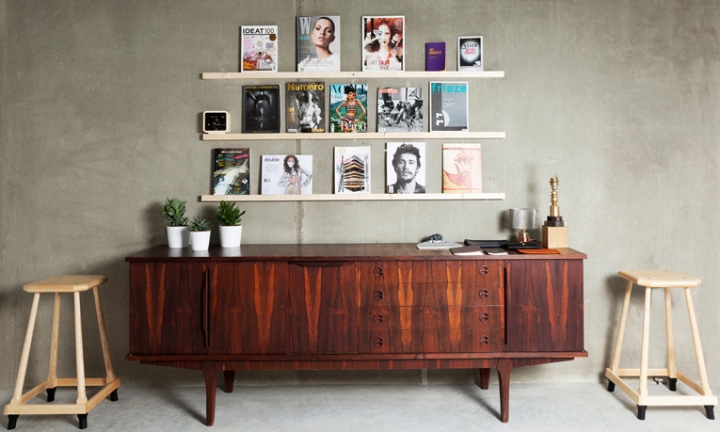 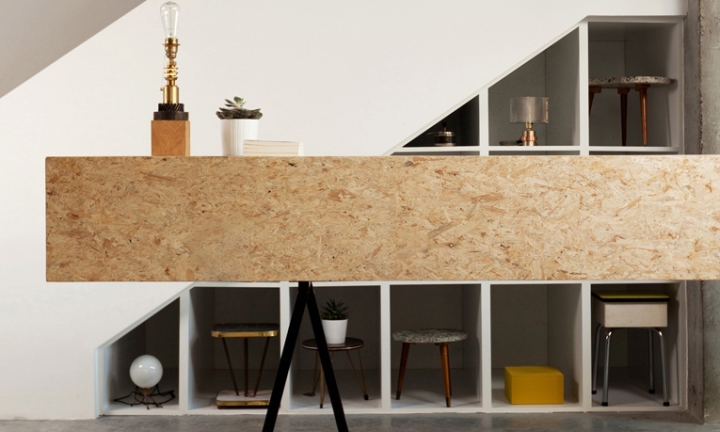 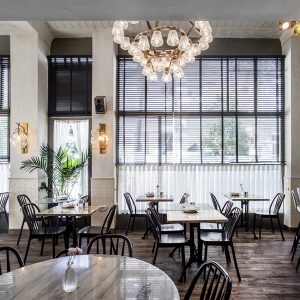 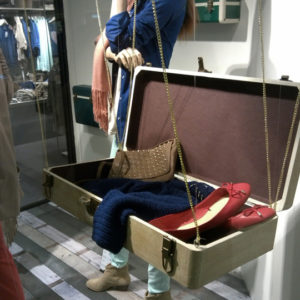 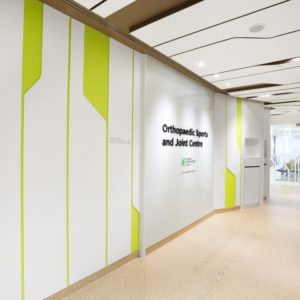 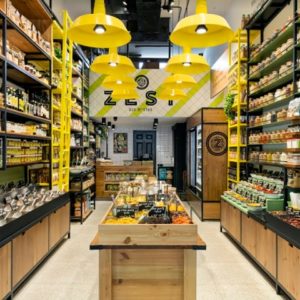