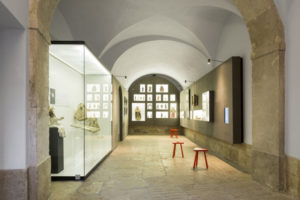 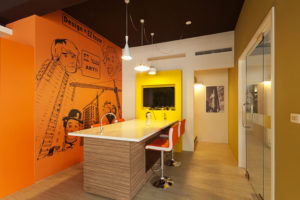 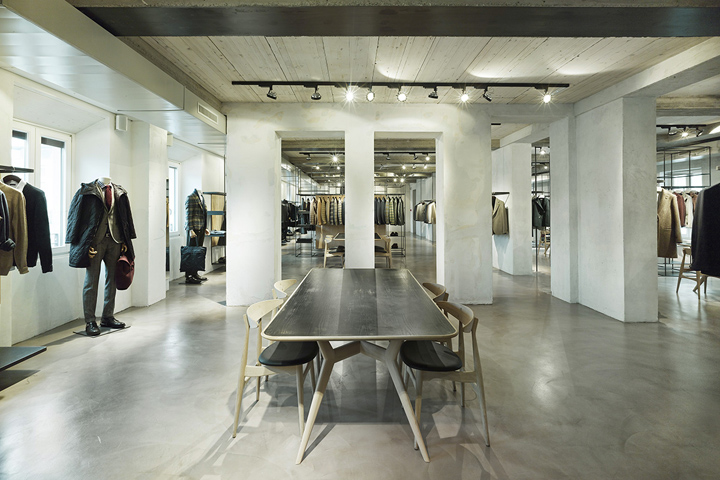 The new showroom is in Via Manzoni, in the heart of the fashion quarter. The display space of around five hundred square metres, situated on the fourth floor of a prestigious historic building previously hosting other consolidated brands, enjoys an airy open view over the rooftops of Milan, and direct sunlight all day long. These qualities of the premises have been further enhanced by the design project, which comprised the total demolition of the existing plasterboard elements and false ceilings. As a result, the small offices made way for a large open space, marked out purely by the structural elements: the central load-bearing masonry backbone in solid brick and the beams in reinforced concrete. In order to preserve as far as possible the charm of the space thus brought to light, the operational and service quarters have been concentrated at the ends of the building, leaving undivided a large central area, with outlook on three sides, destined to the actual showroom. The characteristics of the existing shell have been conserved even in material terms: the aim of the project is to speak of a history, of materials layered over time or consumed by wear, such as the plaster on the walls – with patches that can be intuited beneath a light veiling of colour – or the recycled formwork timbers used for the false ceiling. In this way the area retains a raw appearance, almost like a worksite, which is offset by the elegantly designed mouldings of the facade of the building. The systems too are deliberately kept on view, not just to retain the maximum possible height for the interiors, but also to contribute to the almost industrial appearance of this container, destined to communicate the image of a company that combines the sartorial precision of the workmanship with the strength of an industrial entity that is in the vanguard in terms of production technology. Six “cages” in raw iron, placed underneath the beams in reinforced concrete occupy the stage like gigantic wireframe sculptures, separating the different sales areas in the interior of the showroom. In this way the areas appointed to house the different collections, treated in line with a serial logic, are delimited solely through free-standing decor elements, so that the space as a whole can be seen from any work station. The use of raw iron with visible welding, enhanced by the slenderness of the section and the wax hand-finishing, set off by contrast the sophistication of the garments on display, the colours and fabrics visually positioned on the panels of natural maple wood, it too hand-finished with wax.

To give a touch of warmth to the cold and angular iron surfaces, the tables selected feature taut but rounded lines, reproduced and made to measure to an original, anonymous 50s design, matched with Carl Hansen chairs of Danish design dating to the same period. The surfaces in hand-aged, black-lacquered oak are accompanied by seats in natural hide, also in black. 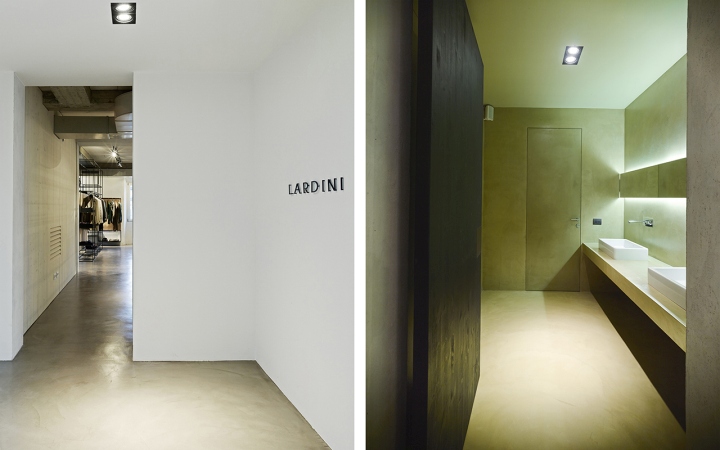 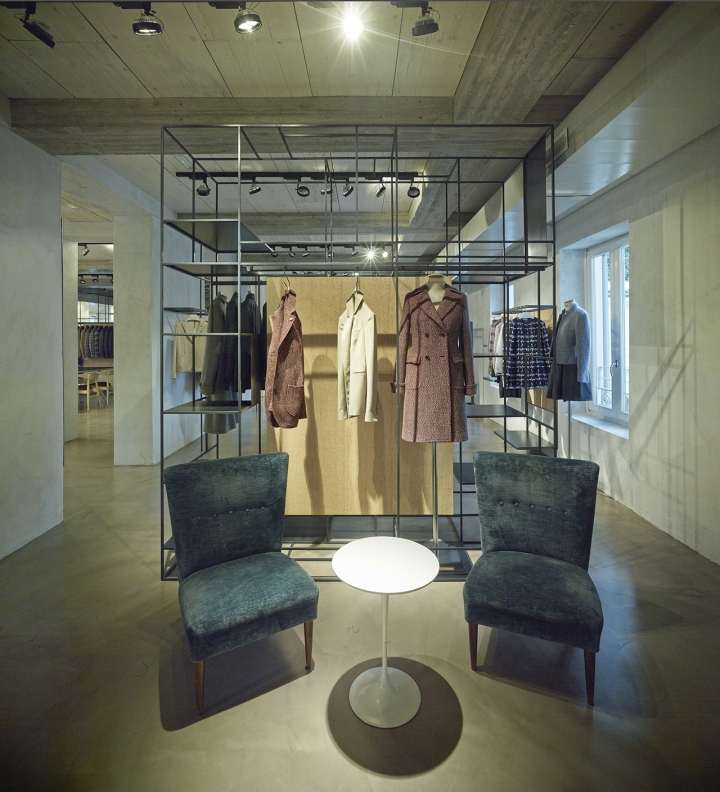 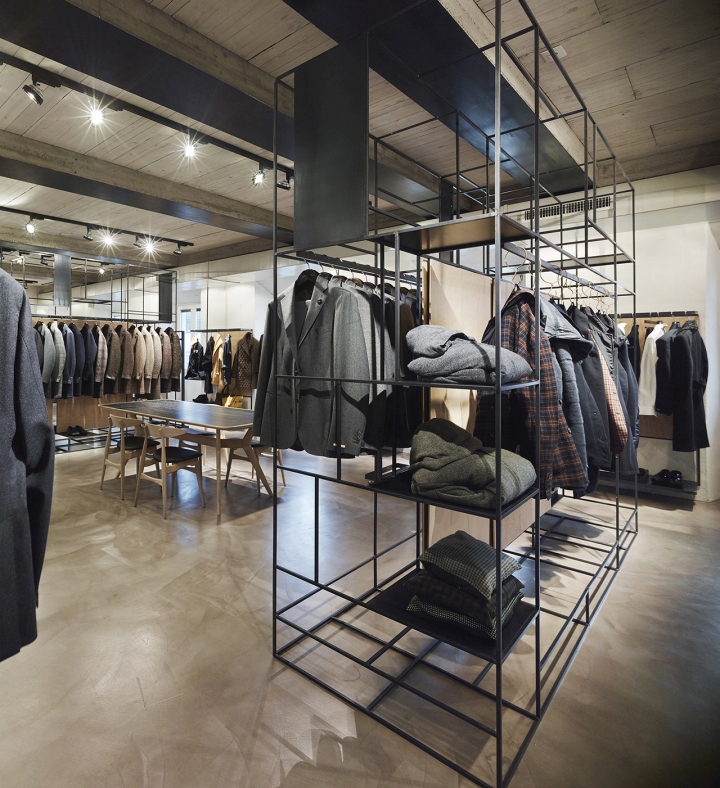 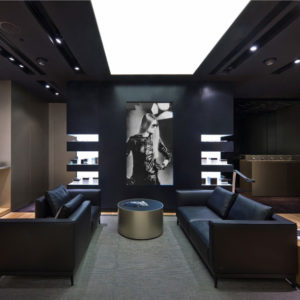 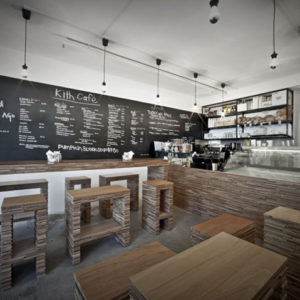 The Kith Café by Hjgher, Singapore by retail design blog 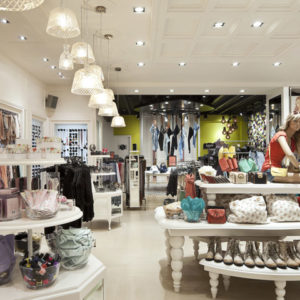 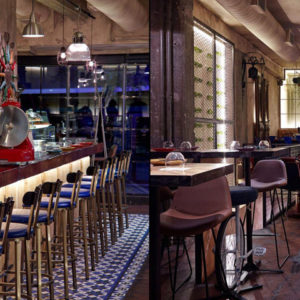