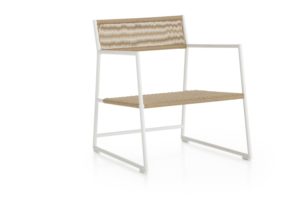 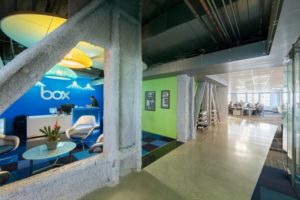 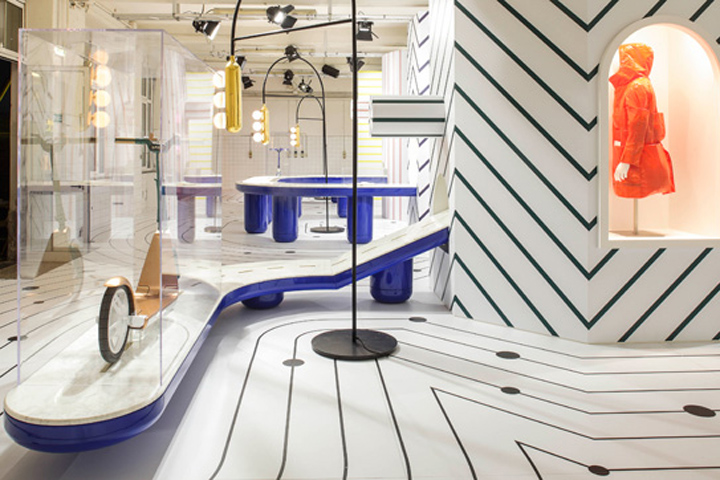 Hayón’s Urban Perspectives installation displayed MINI’s Citysurfer electric scooter on a 40-metre-long marble table with gold road markings on it, which weaved through a series of striped columns and hand-made ceramic lamps. “The commission I had was to interpret the theme of urban mobility, so I thought about creating a kind of fantastical landscape,” Hayón explains. “There’s an aesthetic that’s trying to contrast very much with the world of technical design,” he adds. “On one hand you have the technology, which allows us to have the Citysurfer, which is very much about aluminium, composite materials. On the other hand you have us working with materials that have been there forever.” Hayón believes that there is value in bringing together these contrasting styles. “This combination brings up a fantastical new world that I’m really happy about,” he says. “I think it brings us experimentation and solutions that would have never have been done in another kind of context.” The MINI Citysurfer is a concept electric scooter that can be folded down so it fits in the boot of a car. The idea is that, as cities get more congested and expensive, drivers in future will park their car on the outskirts of town and make the final leg of their journey electrically. “It’s an extension of your car when you come into a city,” Hayón explains. Hayón also designed a range of clothes and accessories to use with the scooter, which were displayed around the installation, including a series of helmets and a jacket with multiple pockets so you don’t need to carry a bag. “We tried to understand what the Citysurfer was about,” he explains. “It’s the idea of having something that allows you to move in the city with a certain kind of freedom.” 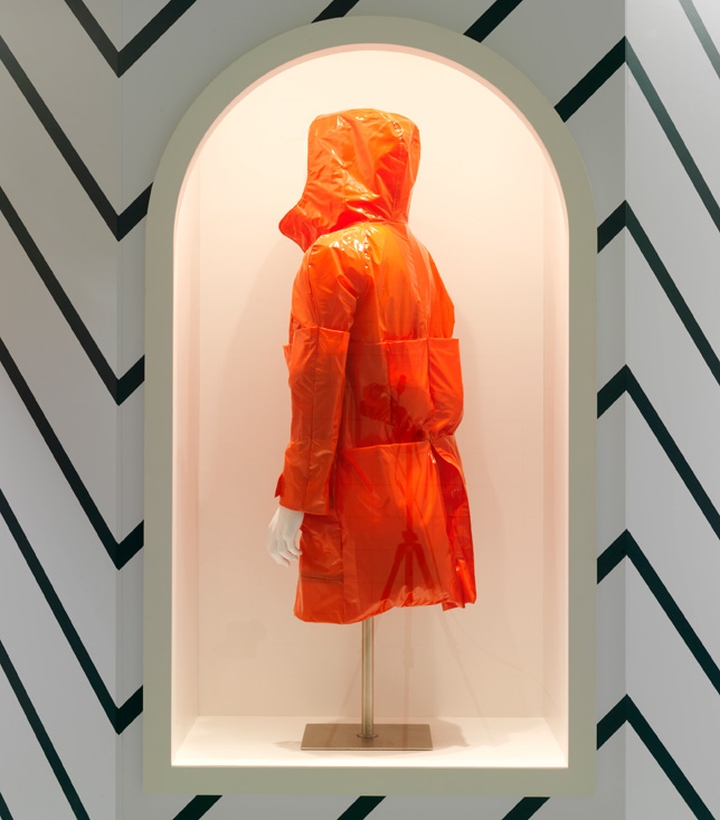 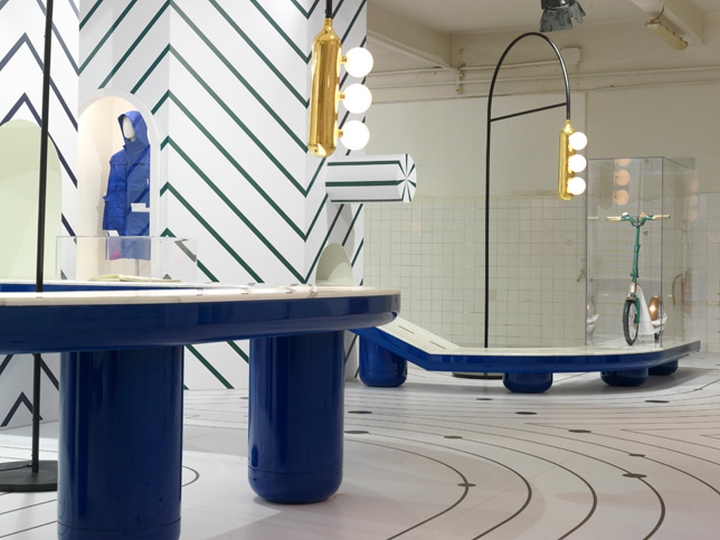 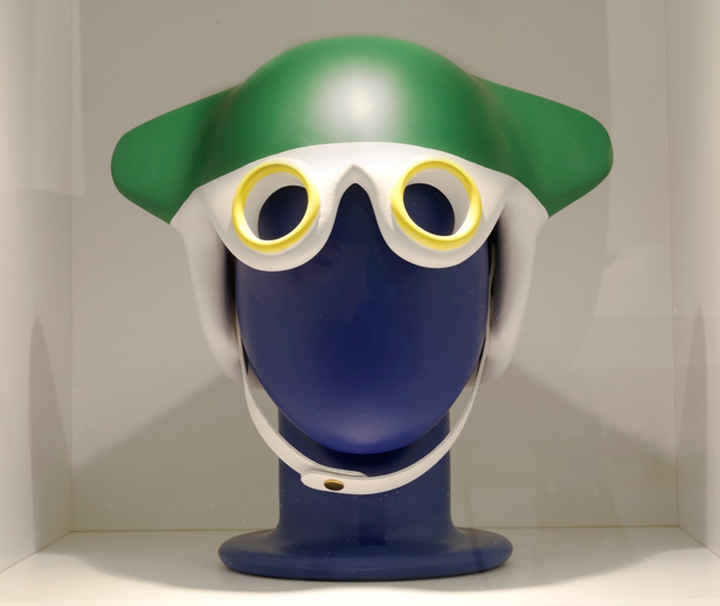 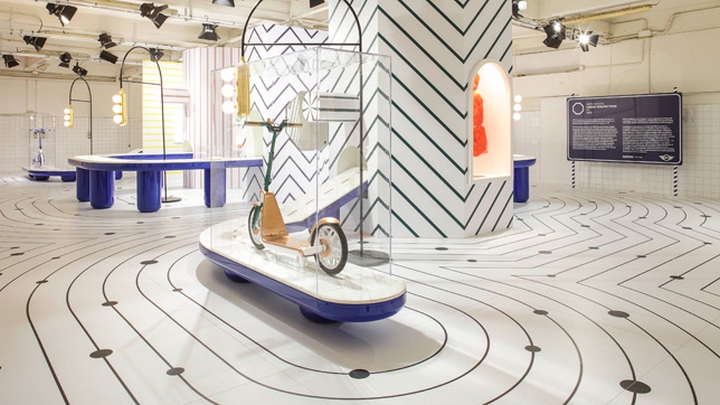 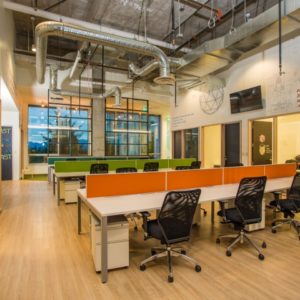 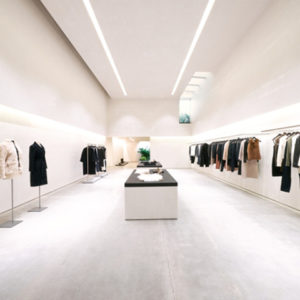 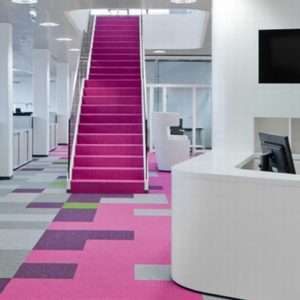 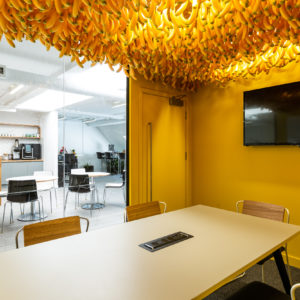