My Study Room Series by My Dots and Lines 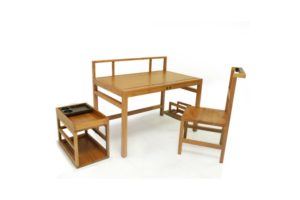 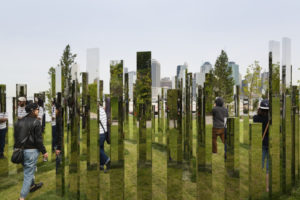 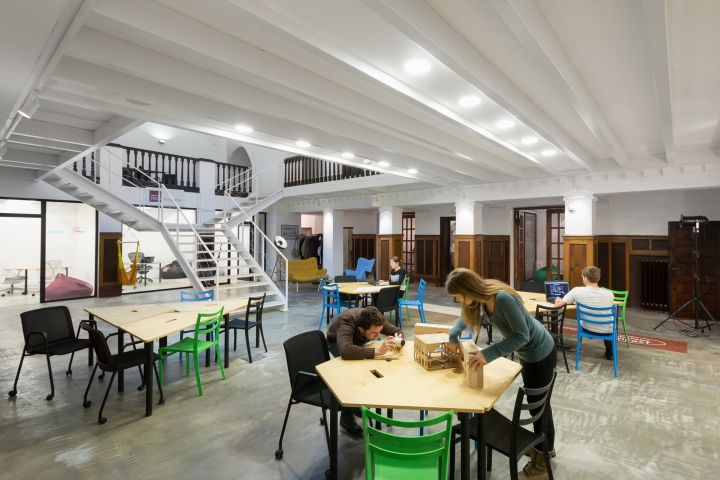 Impact Hub Belgrade is a creative office space created through an adaptation and interior space renovation of the Events Hall in the former house of the headquarters of the Association of State Employees Purchasing Cooperatives. The construction of the building took place from mid-1928 until mid-1929 and was done according to the second-prize design of the architect Dimitrije M. Leko, one of the most important and staunchest representatives of academic art in Serbian interwar architecture. The building is considered to be a part of Serbian cultural heritage, which affirms its exceptionality and artistic, cultural and social significance. Thus preserving the authentic elements of the interior is one of the main characteristics of this project. The basilica-shaped two-floor main hall is divided into three aisles with two colonnades and is covered with a vault. Considering the functional requirements, the space was re-organized so that the lower level consists of four offices, two meeting rooms, two Skype booths, kitchen and toilets – all grouped around a central nave that works as a co-working space. A steel plug-in frame extends the level of lateral galleries, central gallery and stairs, forming an adequate working space and a conference room. The top level provides access to the terrace, which serves as a working space and a space for socializing during the summer. The intention was to create a contrast between what is new and what has been originally constructed. Some elements such as doors and windows, wooden paneling, gallery fence, decorative plastic on the capitals of the columns and pilasters date from the 1929. On the other hand, the staircase treads, made of wood and marble, indicate the time (1949-2014) when this place was used for Studio 10, Radio Beograd, as a hot spot for recording timeless radio-dramas. Considering the previous use of space, it is of great importance to regard the Impact Hub community as a new global co-operative that encourages entrepreneurship development. Therefore, the main characteristics of the project rely on the aspects of functional continuity as one of the most important principles of revitalization. Desks
Within the project, URED architecture studio has designed a special working desk, which is functional, economical and suitable for the Impact Hub concept. The original design offers a folding table with minimum dimensions, easy to store and transport. According to the users’ needs, trapezoidal shaped workspace becomes a module for a large number of different combinations. The intention was to enable users to be more focused on each other, but at the same time to have enough privacy with possible positioning of their computers. 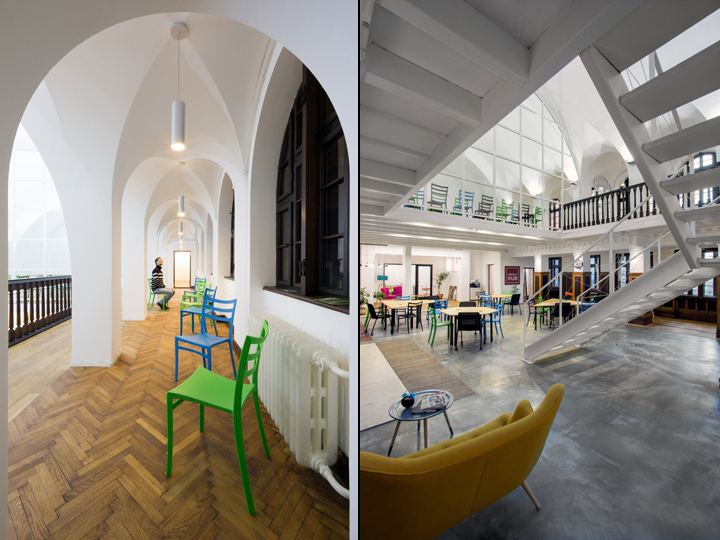 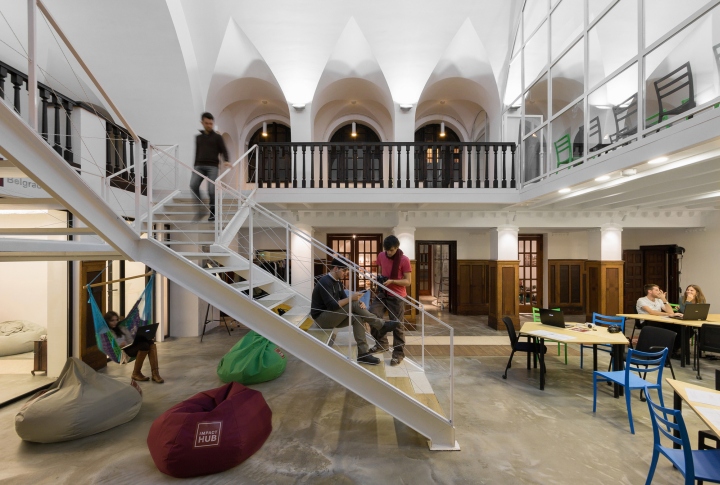 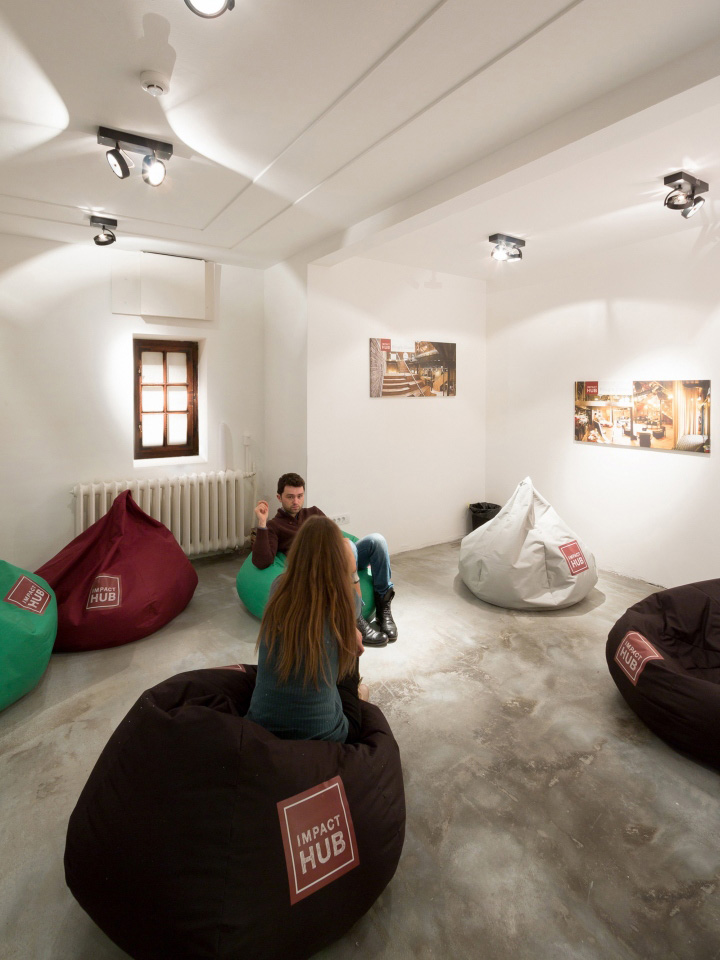 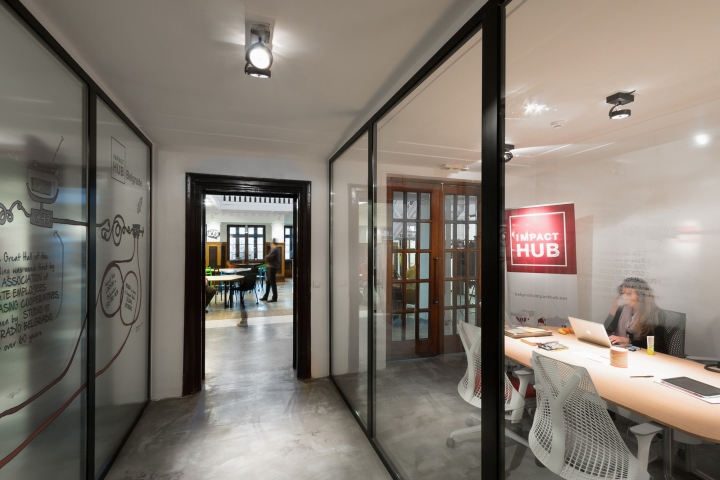 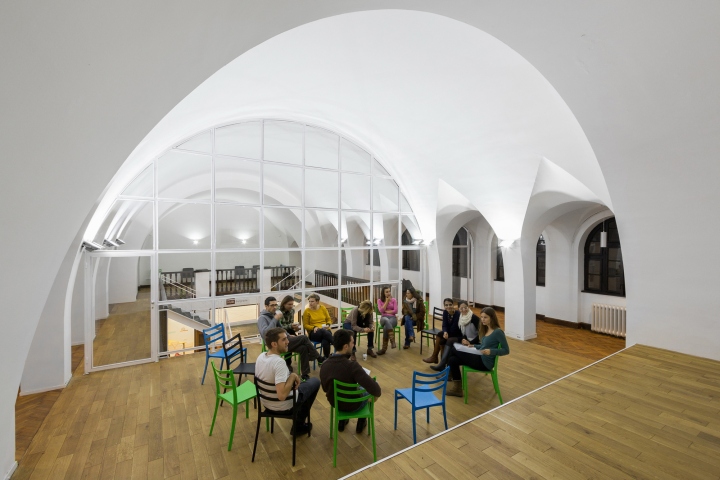 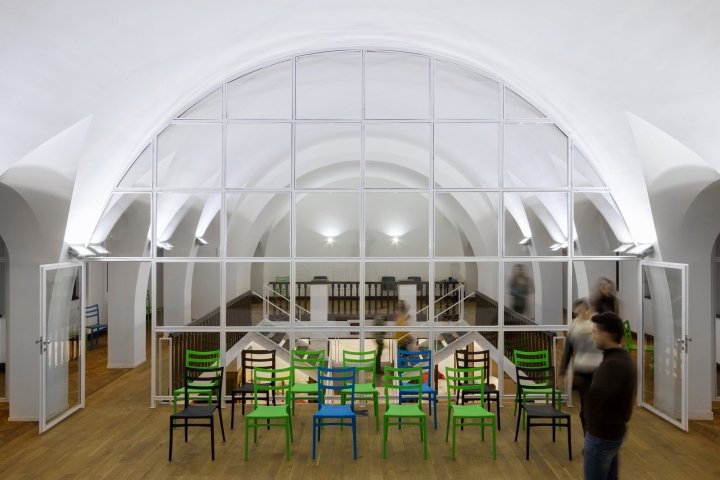 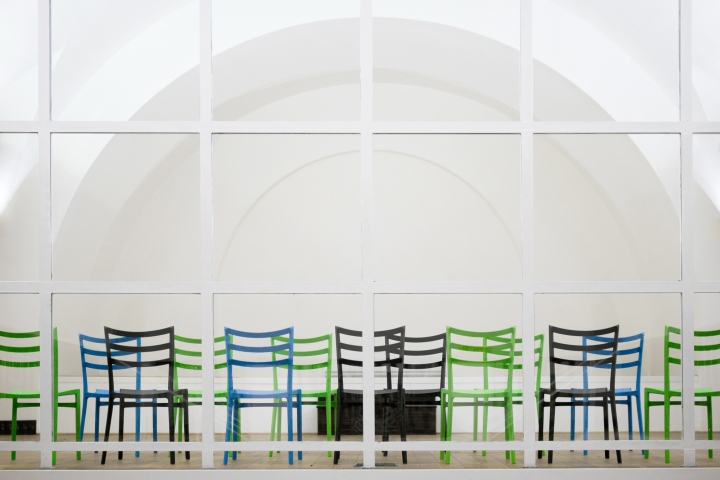 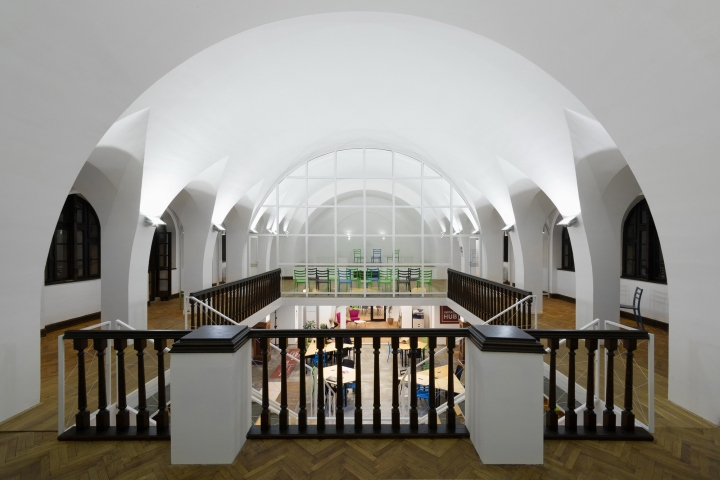 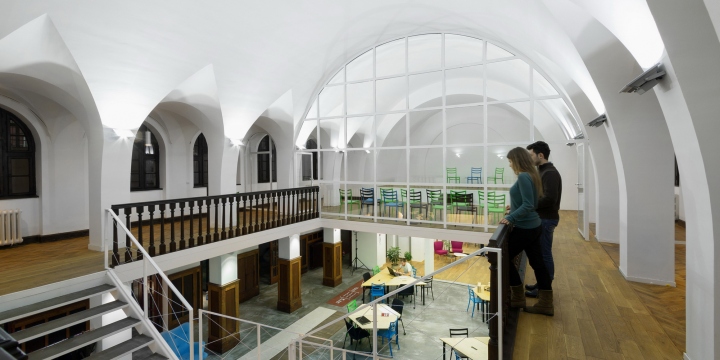 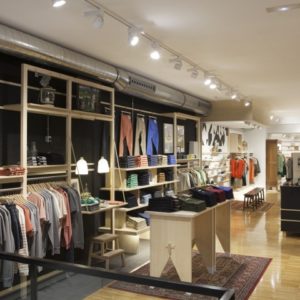 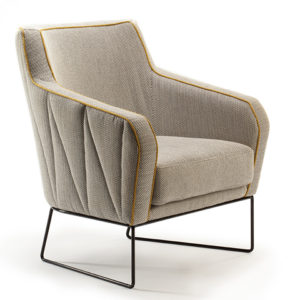 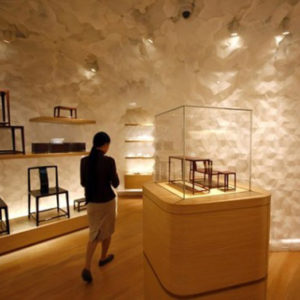 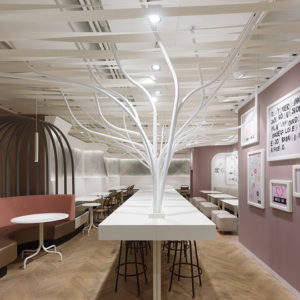