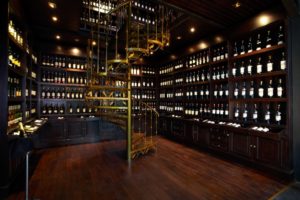 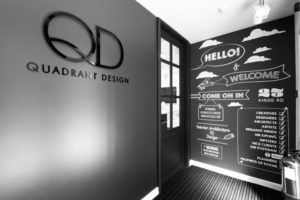 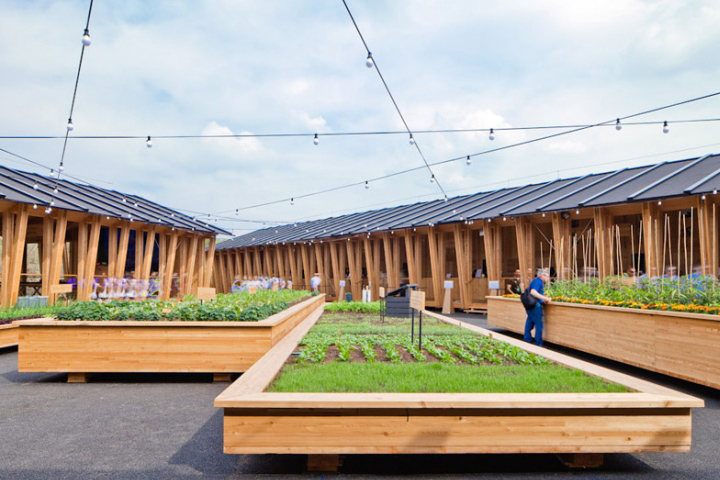 Milan Expo 2015: this trio of wooden pavilions was designed by Herzog & de Meuron to showcase the principles of the Slow Food movement, which promotes regional gastronomy and a slow pace of life. Swiss architect Jacques Herzog – one of the original masterplanners of the Milan Expo 2015, before he and his collaborators walked off the project – was invited by Slow Food founder Carlo Petrini to design the organisation’s exhibition space at the event. Herzog saw it as an opportunity to show what the Expo could have been under his direction – a series of simple structures that are cheap and easy to assemble, with a greater focus on the exhibition than the architecture. “As much as we were convinced that our masterplan would be a good platform for the radical re-invention of what a world exhibition could be in the 21st century, we understood that the organisers would not undertake the necessary steps to convince the participating nations to give up on their conventional indulging in self-contemplation instead of focusing on their specific contribution to agriculture and food production,” said a statement from Herzog & de Meuron. “But Carlo Petrini has, since the beginning, been one of the most striking and interesting figures involved in the early planning and had therefore been one of the reasons of our own involvement,” it added. “His radical intellectual and philosophical approach to the questions of biodiversity and food production was the main inspiration for our masterplan.” Slow Food was initially founded in Italy during the 1980s. Its primary aim is to demonstrate the importance of understanding where different foods come from, and the effect they have on the environment. This ties in with the theme for the 2015 Expo, Feeding the Planet, Energy for Life, which aims to explore and seek solutions to the global issues of food shortage and waste. Located at the far end of the Expo site, Herzog & de Meuron’s Slow Food Pavilion comprises three simple wooden sheds, all of which offer shelter but due to their open sides are also exposed to the elements. These frame a triangular courtyard furnished with large planting boxes, each containing rows of vegetables and herbs. According to Slow Food, they offer an alternative to the “pompous and unsustainable structures that would only distract visitors from the real purpose of the event”. The first contains an exhibition inviting visitors to learn about different foods, and the second contains tasting counters. The third is a space for talks and seminars. “Our architectural and curatorial proposal is based on a simple layout on tables which creates an atmosphere of refectory and market,” said Herzog & de Meuron. “People can watch visual statements and read key texts about different consumption habits and their consequences for our planet, they can meet and discuss with exponents of sustainable agriculture and local food production to learn about alternative approaches, and they can smell and taste the richness of agricultural and food biodiversity,” it added. Highlights inside the exhibition shed include a huge buddha made out of popcorn kernals and a series of boxes that ask visitors to guess their contents through touch and smell. According to Herzog & de Meuron, the long and narrow structures were inspired by the traditional farmhouses of Italy’s historic Lombardy region. Once the Expo is over, they will be disassembled and transported to a selection of Italian schools, where they will be rebuilt and used as garden sheds. 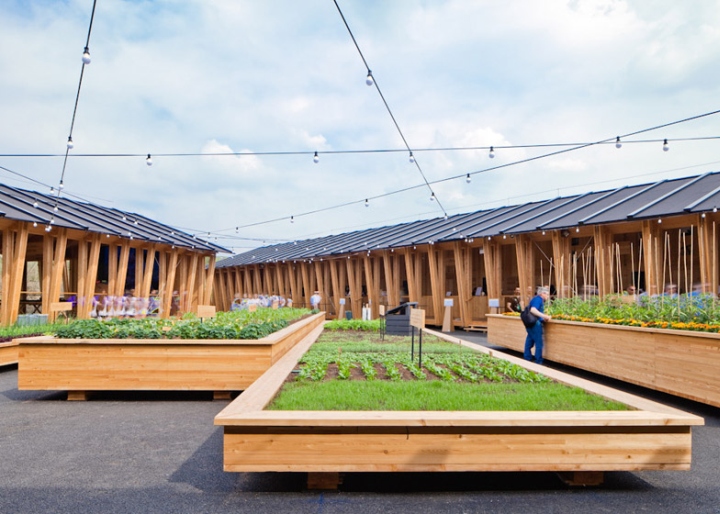 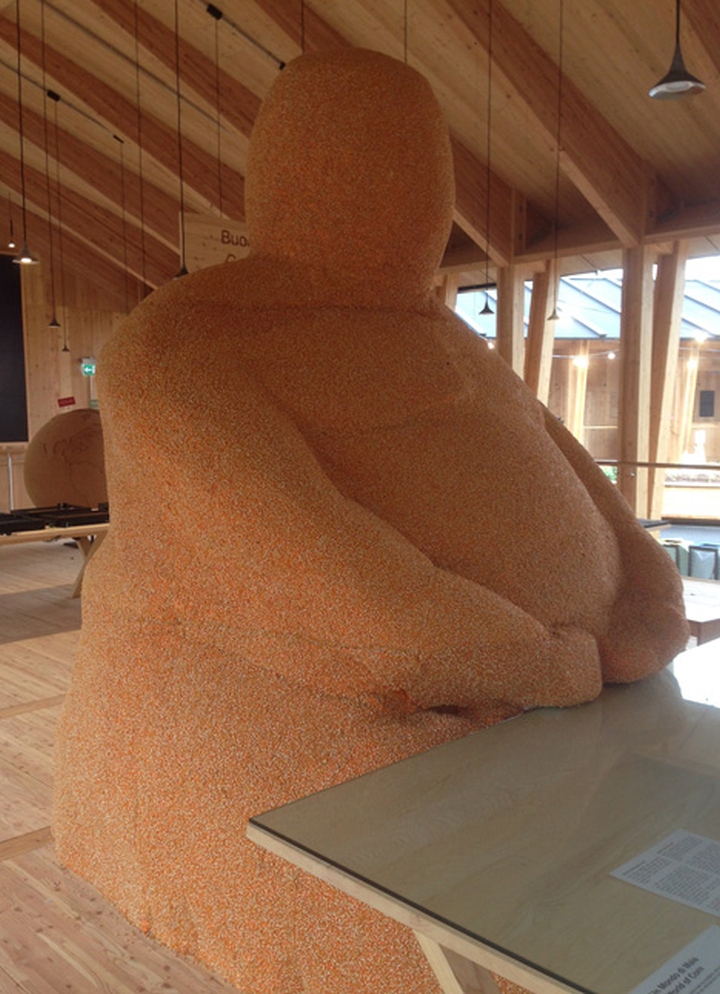 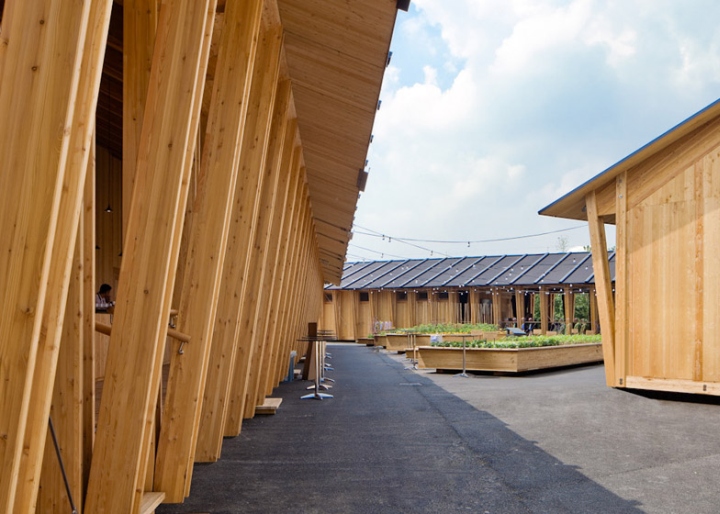 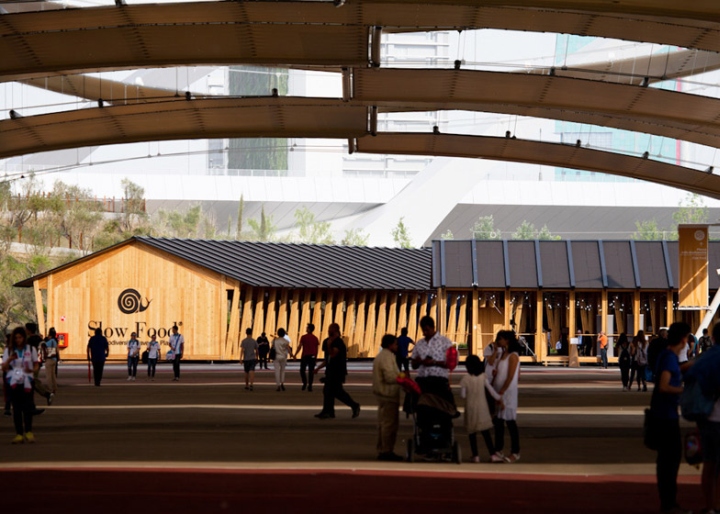 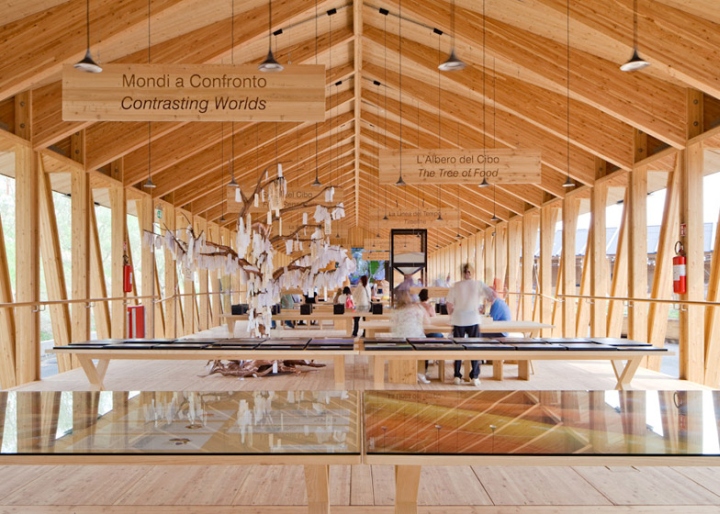 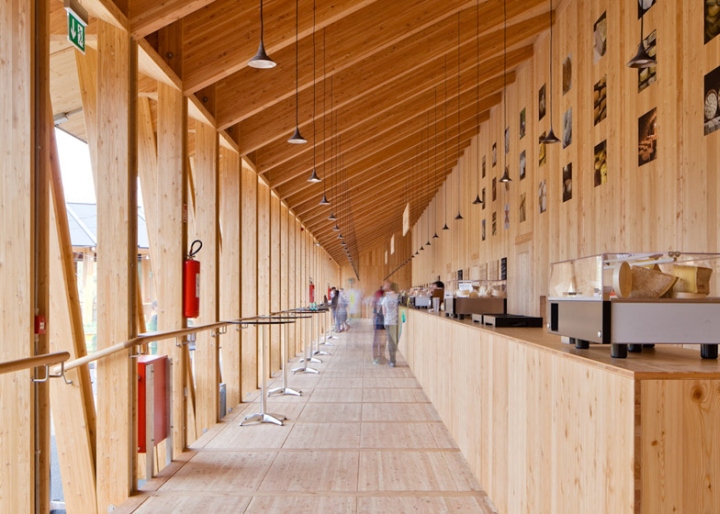 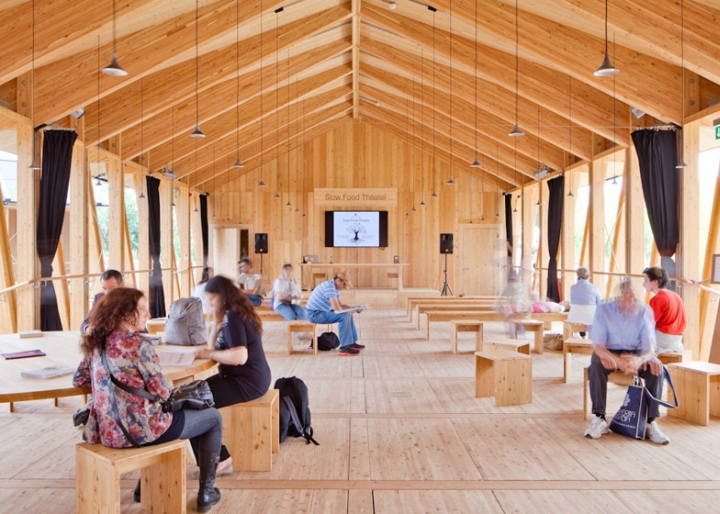 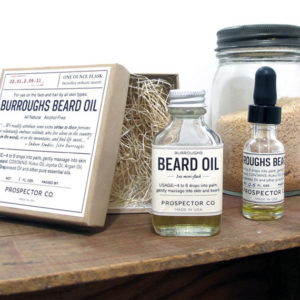 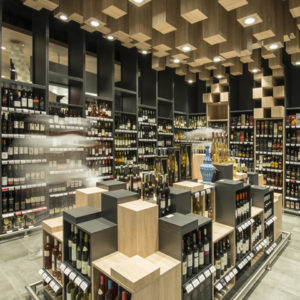 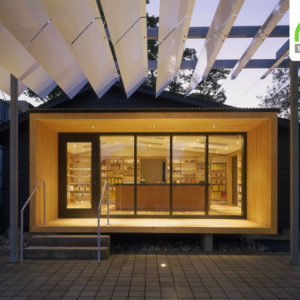 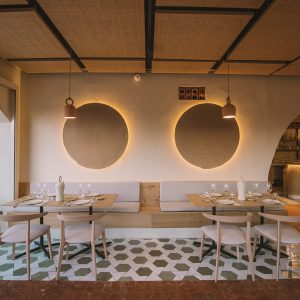