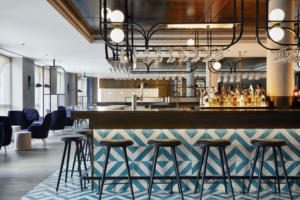 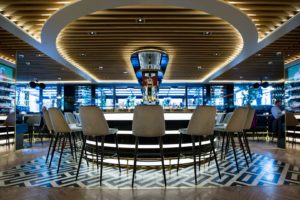 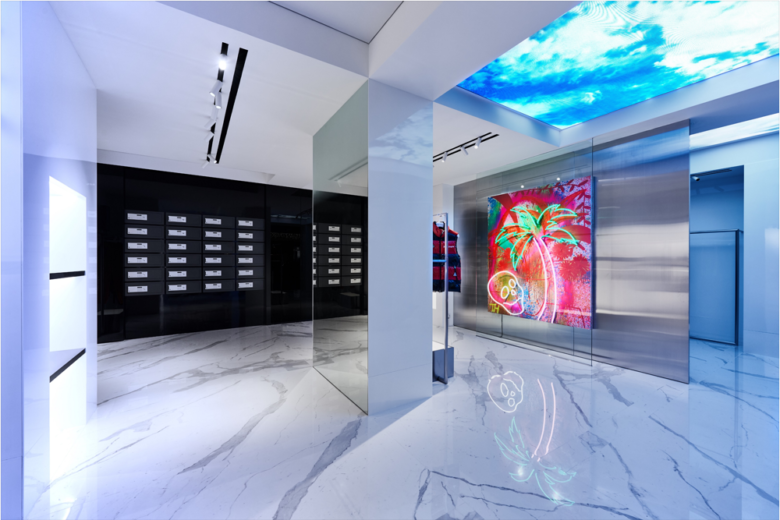 The story of Palm Angels is hardly an ordinary one. What started as a photographic documentation of L.A.‘s skater culture in 2011, eventually became a book published by Rizzoli, and then four years later, a clothing line. But then again, founder Francesco Ragazzi knows a thing or two about navigating the world of branding and media. Trained as an art director at the School of Visual Arts in New York City, Ragazzi’s extrapolation of American culture continues to thrive within the realm of fashion. Palm Angels‘ designs cleverly pair Italian flair with street cred, and it’s a style that’s eagerly adopted by a millennial crowd across the planet, including Hong Kong. It’s in this highly fashion-conscious metropolis where Palm Angels has inaugurated its very first retail space, and it’s one that reflects the brand’s contemporary vision.

Located on boutique-infested Paterson Street in Causeway Bay, the interior design is a collab between Ragazzi and creative agency April, and takes cues from the archetype of the white cube. The façade comprises of white back-lacquered glass panels that make it stand out from the surrounding buildings, and the minimalist aesthetic extends inside, albeit captured by a more luxurious palette. A backdrop of pristine white walls, polished marble flooring, LED screens, and a hybrid paint + neon artwork by Canadian artist Thrush Holmes form the backdrop of steel clothing racks that display items of the brand’s collection as artworks. The new Palm Angels store carries the full range of men’s and women’s apparel, accessories and shoes. 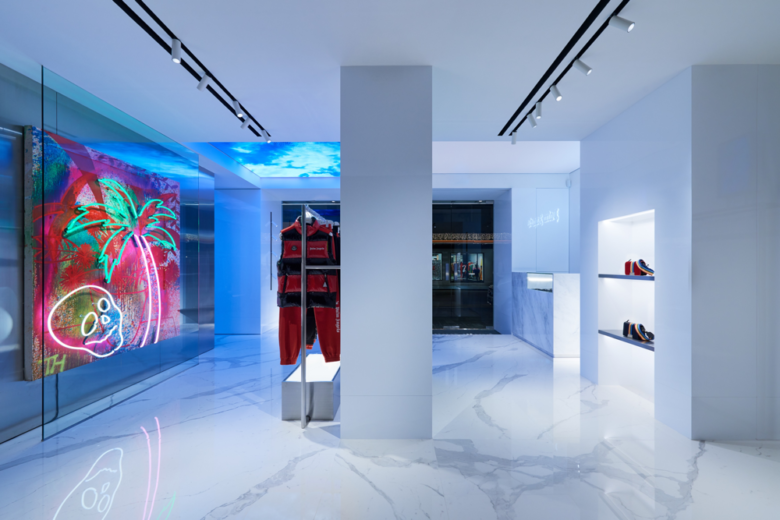 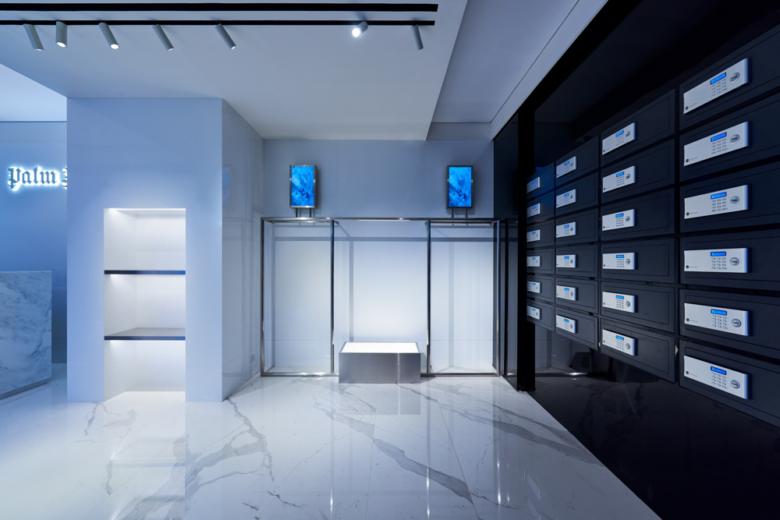 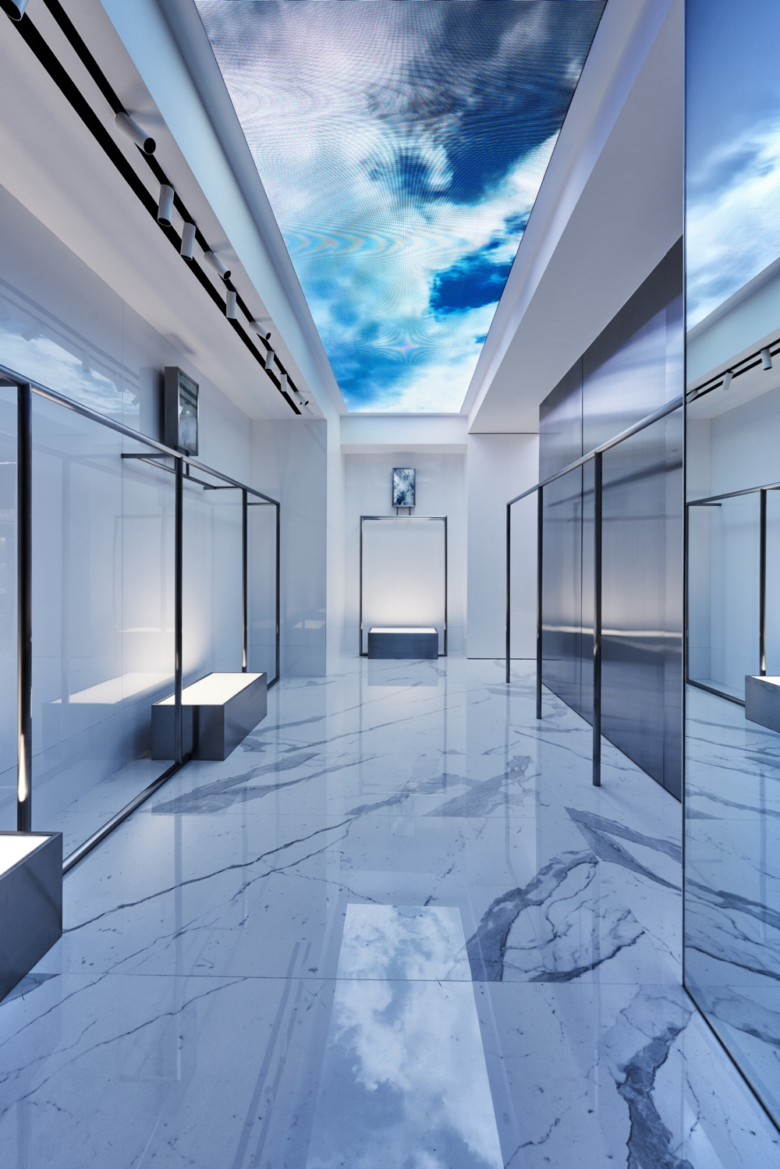 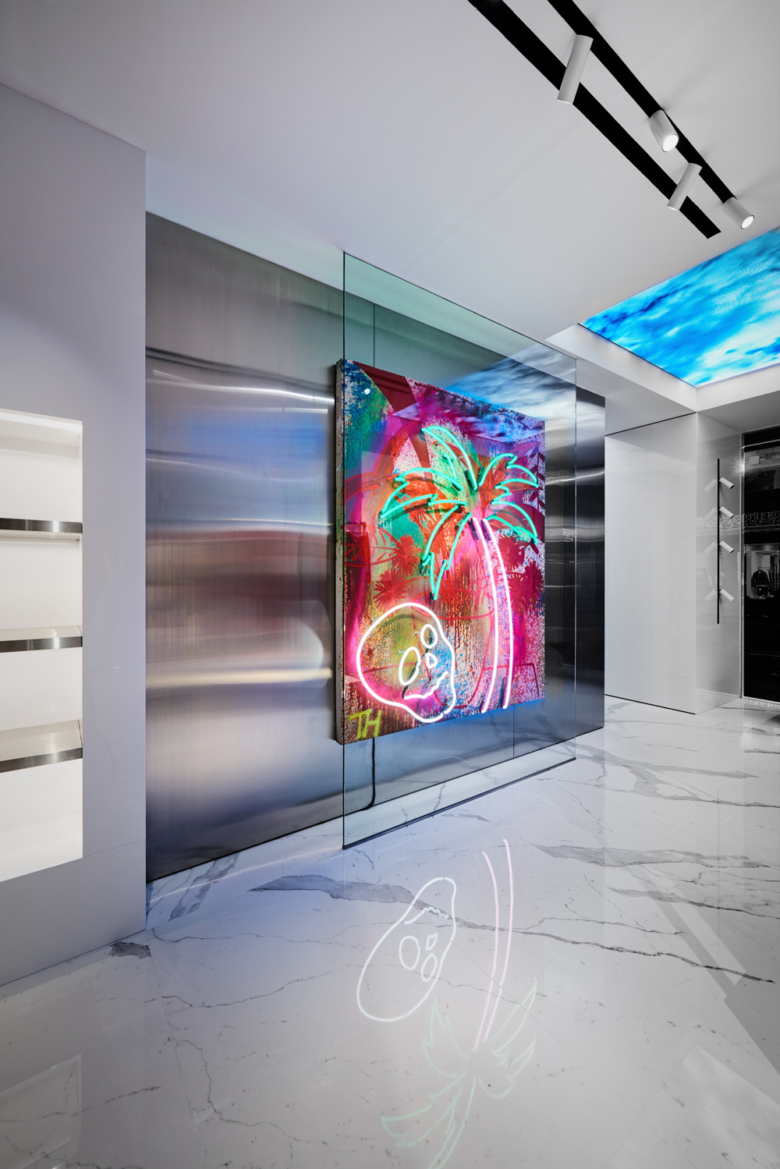 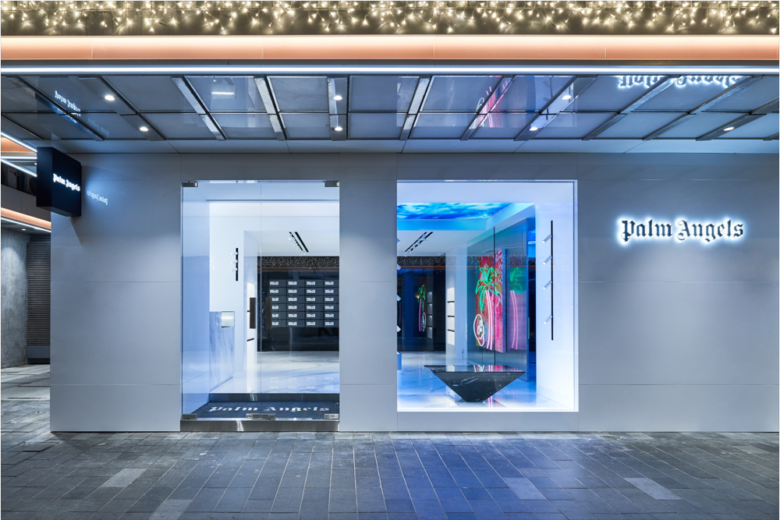 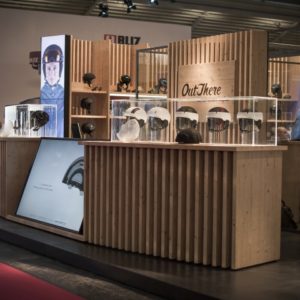 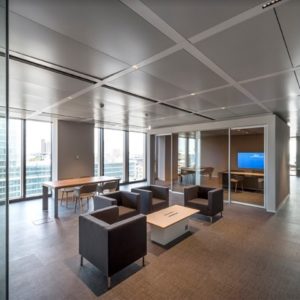 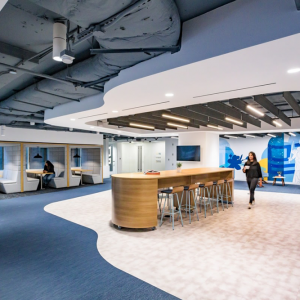 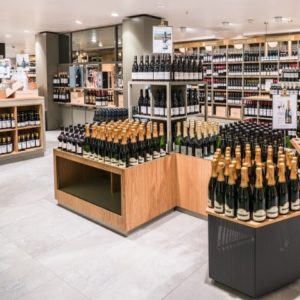